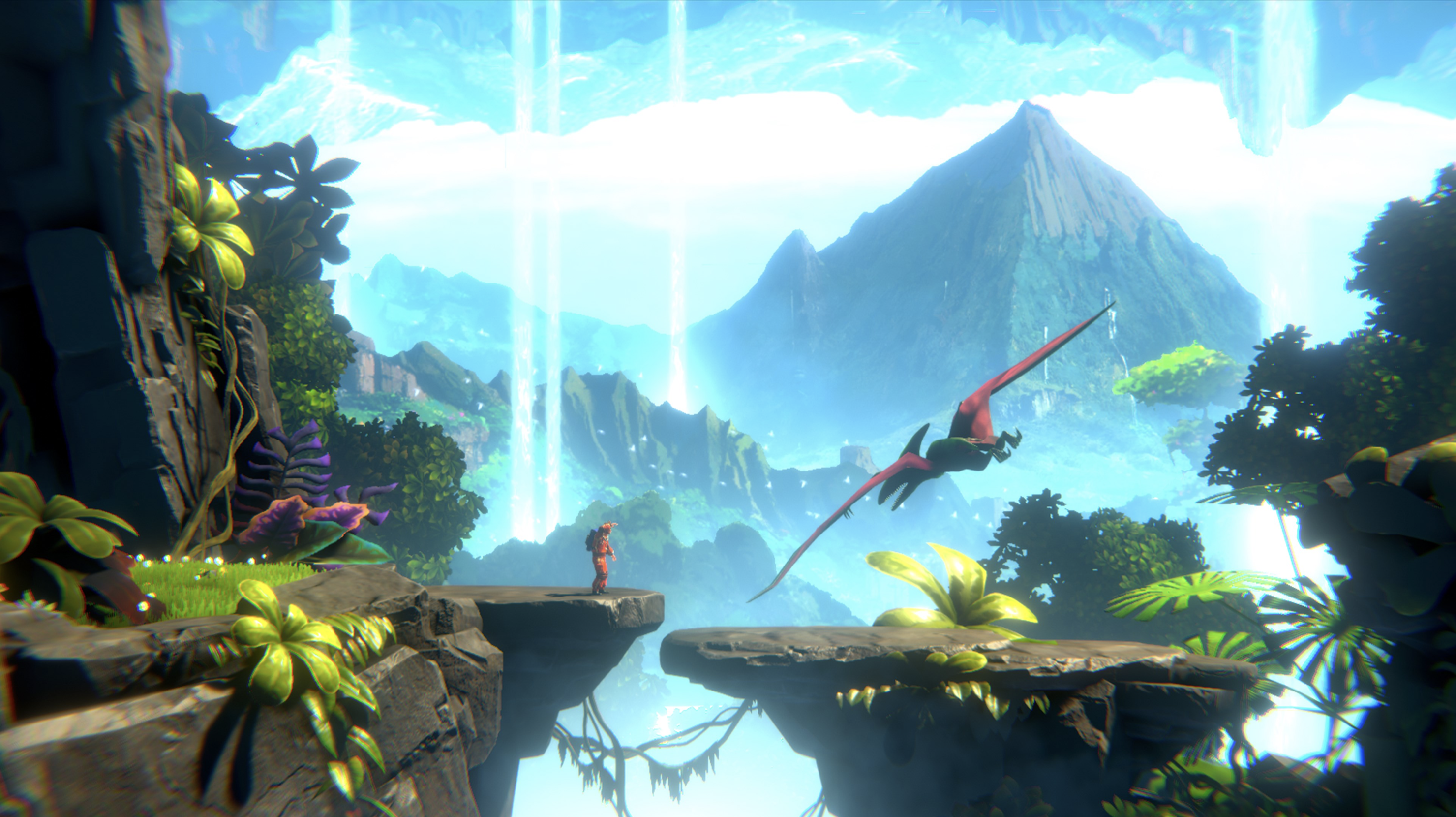 Little Orpheus is a side scrolling adventure game developed by ‘The Chinese Room‘ and published by ‘Secret Mode‘. Little Orpheus is said to be coming out the 13th of September 2022 on the Xbox Series X, Xbox Series S, Xbox One, Nintendo Switch, PS5, PS4 and pc. Little Orpheus trying to make something big happen. X35 Earthwalker like games that go big and not home. Let’s take a look.

Little Orpheus has an interesting story going on here. Players control a cosmonaut dude named Ivan Ivanovich. The year is 1962. The location is Soviet Siberia. Ivan is dropped into an extinct volcano in the Little Orpheus… which is his exploration capsule. The mission is to explore the centre of the Earth. He disappears… but three years later he’s back with claims that he saved the world. Also his capsule, the ‘Little Orpheus’ was powered by a nuclear bomb. He returns without that too. So yeah, the people in charge are mad. He has to explain what happened. So he recalls the events. These events is your gameplay. He is telling the story. 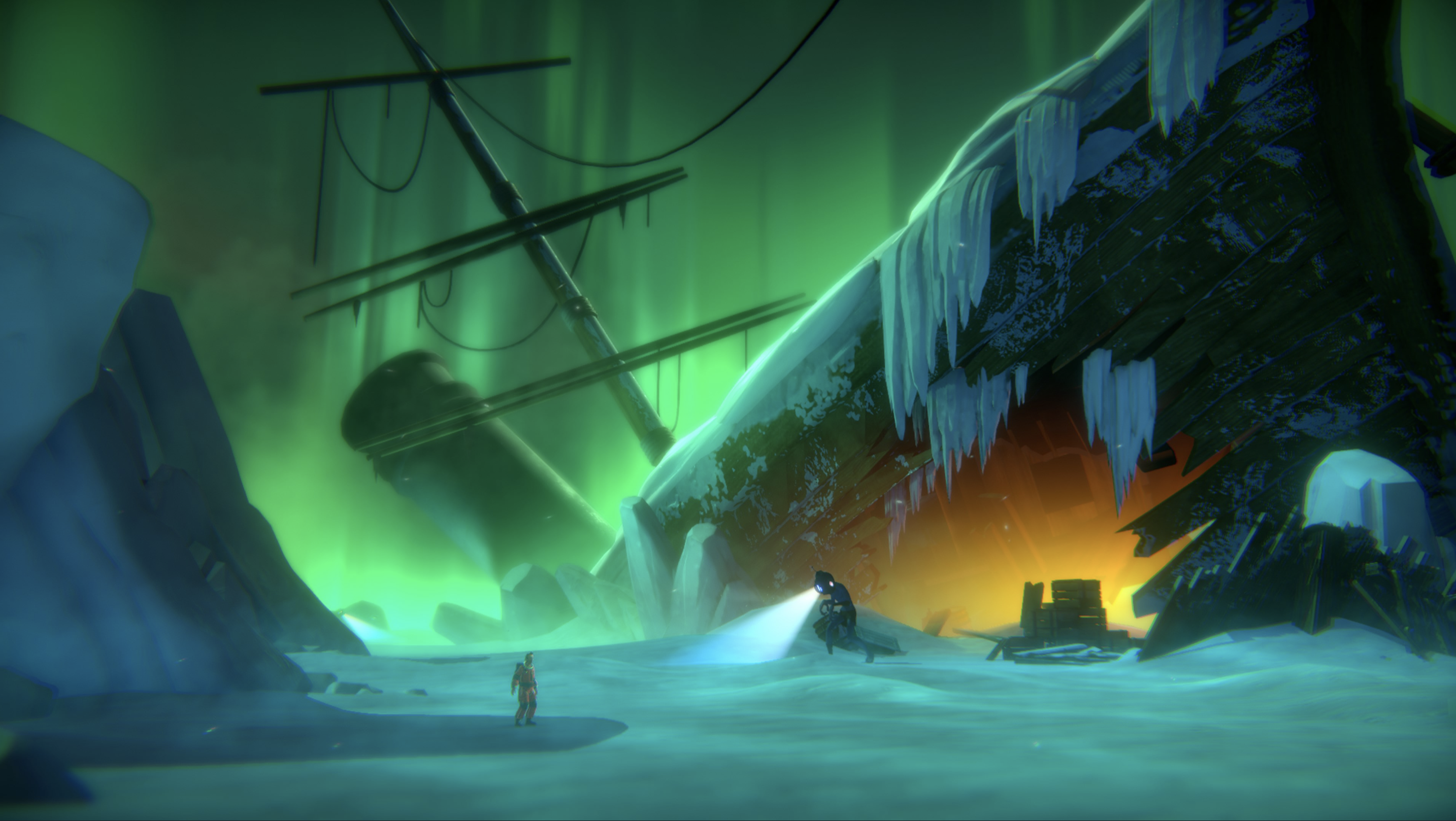 So according to Ivan a whole lot of stuff happened on his adventure. Forests, civilisations, water, facilities and more. There’s numerous places in this game which have very different looks and environments. We like the areas in Little Orpheus. It’s a side scrolling game, so like Infernax, Limbo and Greak: memories of azur, what you see is what you get. So be observant and take in everything on the screen. The details should be fantastic. Modern Side scrolling games tend too. 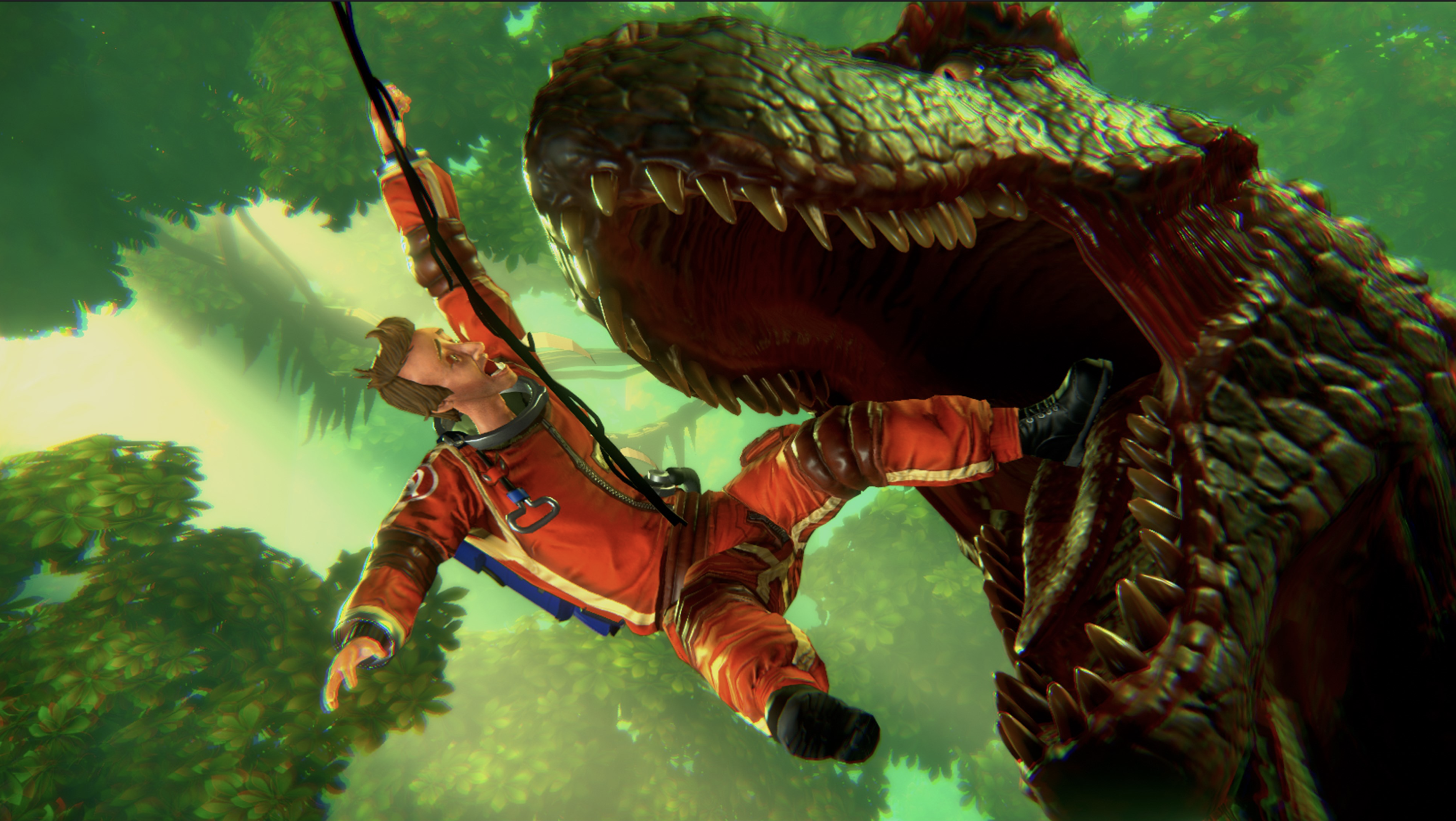 Now a game like this would be beautiful but get boring fast. Little Orpheus doesn’t have an empty world. There’s living creatures and sentient beings here. This includes giant creatures, monsters and other hostile beings. There’s dinosaurs who want a meal, giant bugs who want to get some nutrients (by eating you) and even larger threats. Players will need to use their wits (if they have any), quick thinking and observation skills to survive through this. Shouldn’t be too hard… right?

We checked out some Little Orpheus gameplay and it’s what we though it would be. Matter of fact it heavily reminds us of ‘Planet Alpha‘. Both games had imaginary and big beautiful worlds. Both games have life in them with creatures and cool environments. both main characters are space looking dudes like travellers. Both have dangers and giant creatures which will end you if you aren’t careful. Let’s hope that Little Orpheus isn’t a baby difficulty game and has some challenge with maybe some scares. Games like this need to make sure to be as memorable as possible.

Overall Little Orpheus has very good potential. We like the different environments and how good they look. We like that something may be following you in the background and we hope that only observant players can spot them before the counter. Not every main threat should have this though. We hope the survival and encounters are realistic. Graphics are good but we expected a bit better. The developers ‘Chinese Room’ have done a very good game so far. We at X35 Earthwalker will see if Little Orpheus ticks off the boxes. 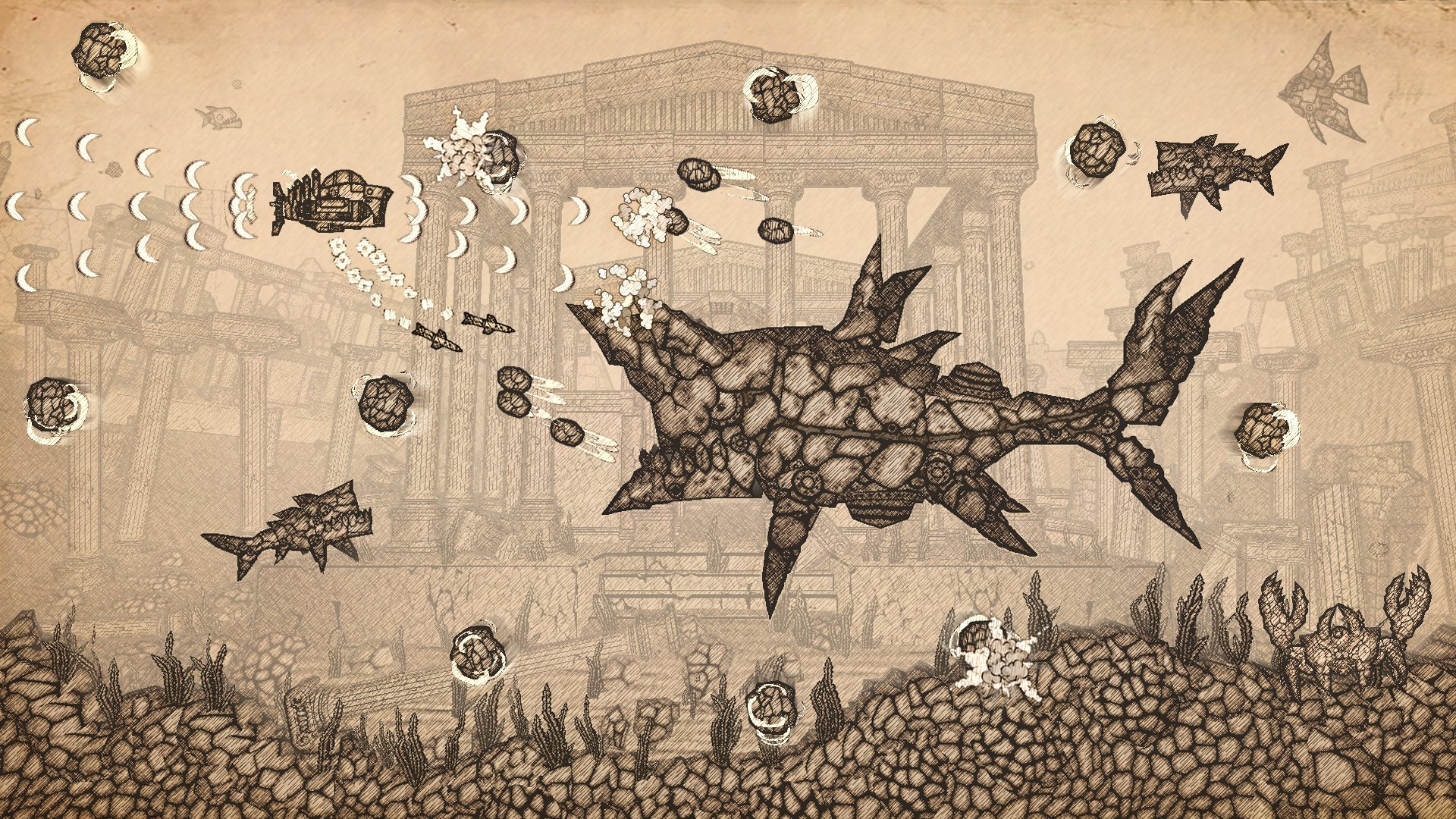 ‘Earth Atlantis’ is a new side scroller shooter game, developed by ‘Pixel perfex’. It’s going to come out on Xbox One, PS4 and PC later this year but already out on the Nintendo Switch. Just straight away, from looking at Earth Atlantis we were immediately interested because this game looked different from everything else. Let’s take a look.

In Earth Atlantis the world a huge disaster struck. It was called the Great Climate Shift. Basically ninety six percent of the earths surface is now underwater which means humanity is in a critical state. That is obviously bad… but it gets worse. The machines have gotten a serious upgrade and adapted to the situation. They somehow adopted the shape and form of certain water animals like crabs, squids and even sharks. The whole ocean is filled with these things! It’s up to the player who is a hunter to find these large monsters and take them down.

That’s the whole point of Earth Atlantis. As the hunter, players must hunt down these large and powerful monsters in the ocean and destroy them. This will not be an easy task as there will be a lot of enemies which makes sense as there is a lot of fish and machine in the world. There will be enemies that fire projectiles. enemies that will attempt to ram you and enemies that will keep their distance but all will destroy hunters who are slow and have no reflexes.

Now the most impressive and cool thing about Earth Atlantis is how the game looks. The olden map colour style looks very nice and makes the dull colours actually work. it fits the scenario of the game very well. It’s like you are looking at a moving map from Harry Potter or something. The animations of the machine sea creatures are awesome. They way how they turn around is is the best part of it. You see it clearly. It’s these looks and animations that really got us wanting to know more. 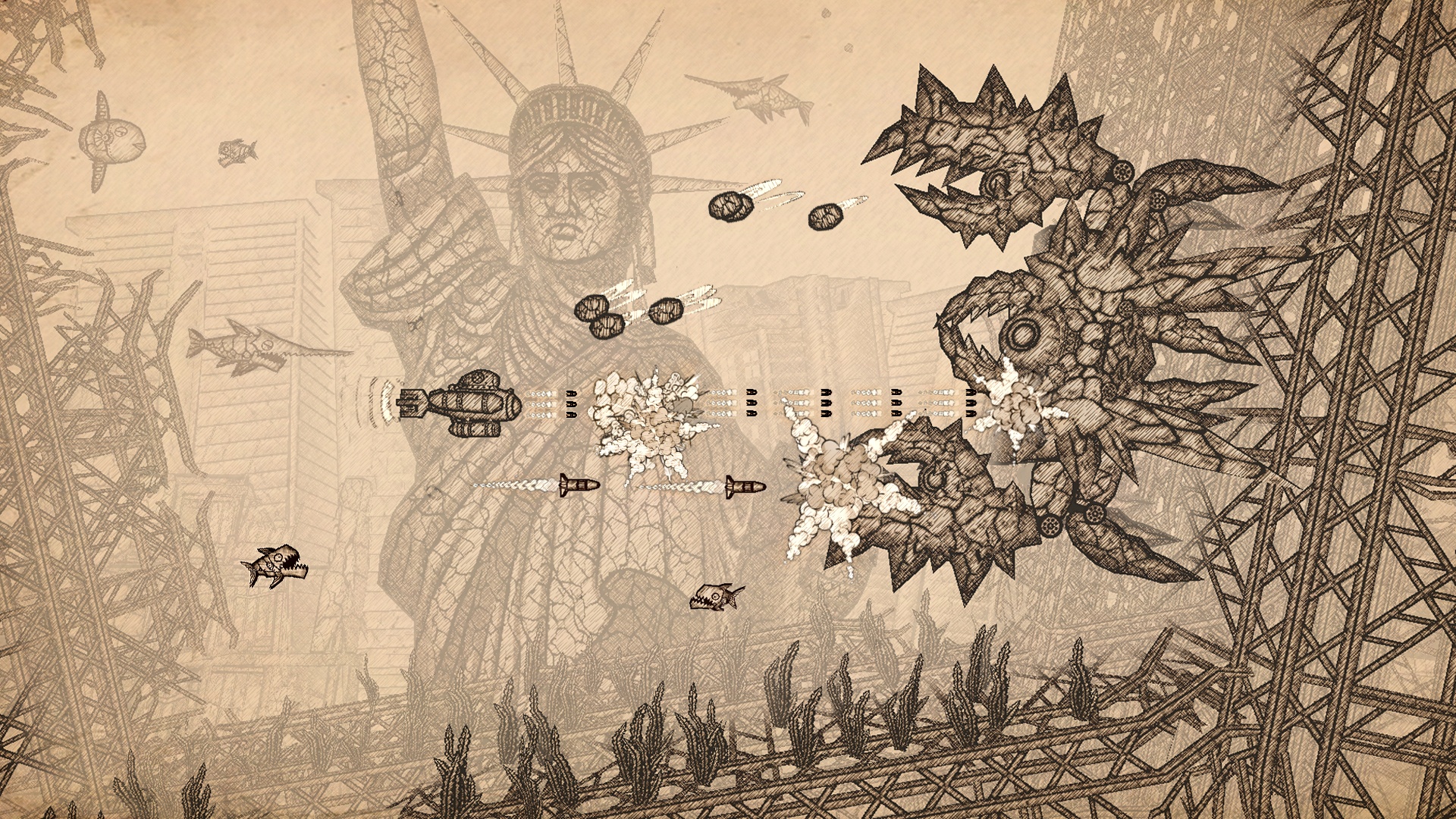 We at X35 Earthwalker checked out some gameplay and what we saw pleased us. There are two game modes: quest mode and Hunter mode. Twenty five large monsters to hunt plus 4 enemy ships (what’s the story behind the enemy ships). There are also four ships for players to choose from and use, each with their own weapons and abilities. The graphic style is suppose to give players the feeling of a 14th century ocean exploration and it does that very well

Overall Earth Atlantis looks like a very good game indeed. The graphics are awesome. The animations are excellent. The sounds and music are very good. The environments are done well and make it clear that this is still earth but off course post-apocalyptic. The developers, ‘Pixel Perfex’ did an amazing job with this game. It is worth checking out. We at X35 Earthwalker are looking forward to this game. Now Earth Atlantis may may have an ocean full of monsters but not even monsters can handle… the ‘Earth Walk!’