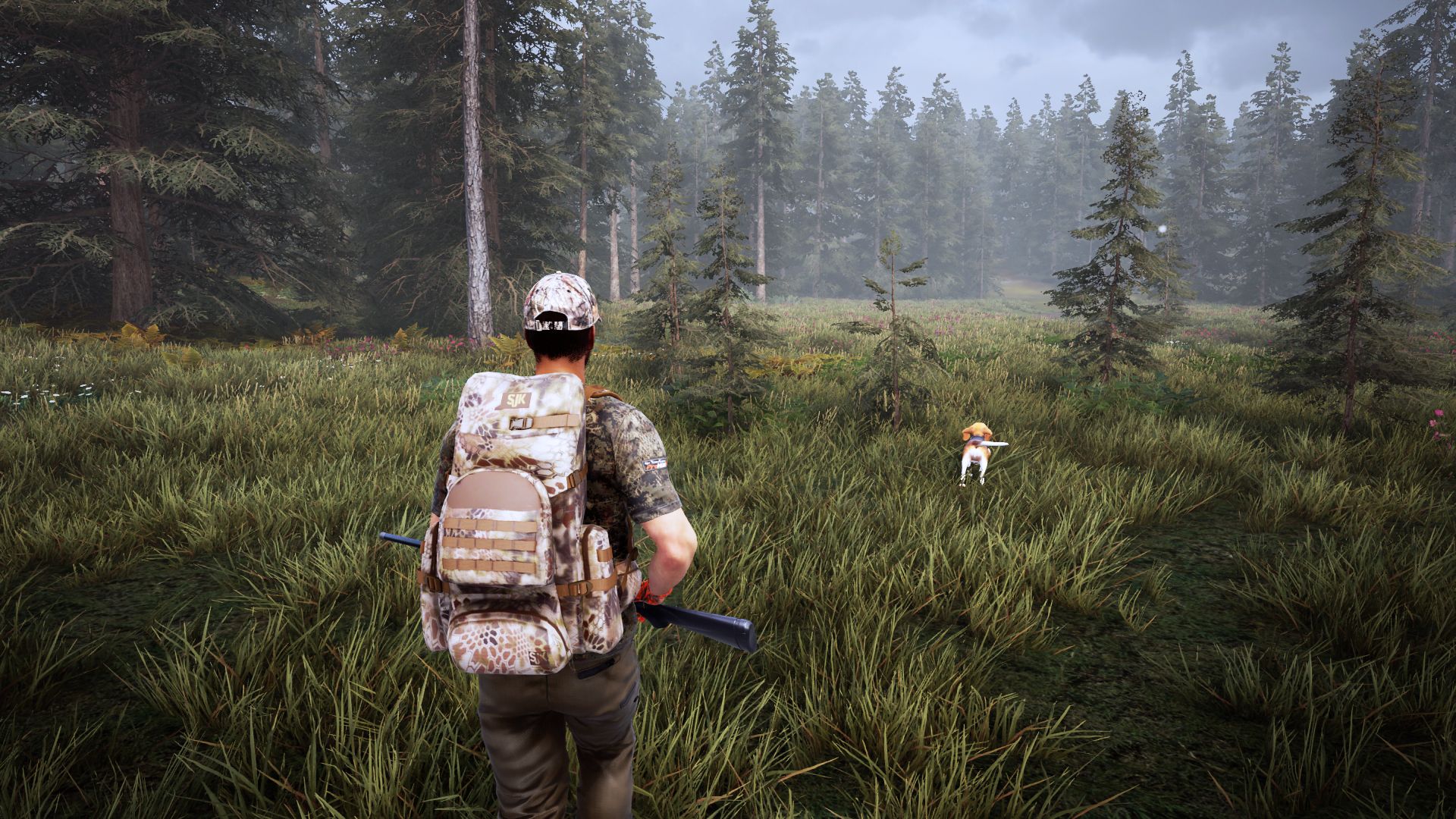 Hunting Simulator 2 is a hunting action simulation game developed by ‘Neopica‘ and published by ‘Nacon‘. Hunting Simulator 2 is said to be coming out 2021 on the Xbox Series X and PS5 but it’s already out on Xbox One, Nintendo Switch, PS4 and PC. Going out to hunt your some deer sounds like fun. Let’s take a look.

Hunting Simulator 2 is exactly what you think it is. You are literally going hunting. Heading out into the forest, walking around, crouching, hiding and looking out for animals or whatever prey you seek. That’s what this game is. Like hunting in real life though, there can be some dangers to man. For example, what if you come across a bear? Wouldn’t you know what to do? Would you be attacked? That’s for you to find out. 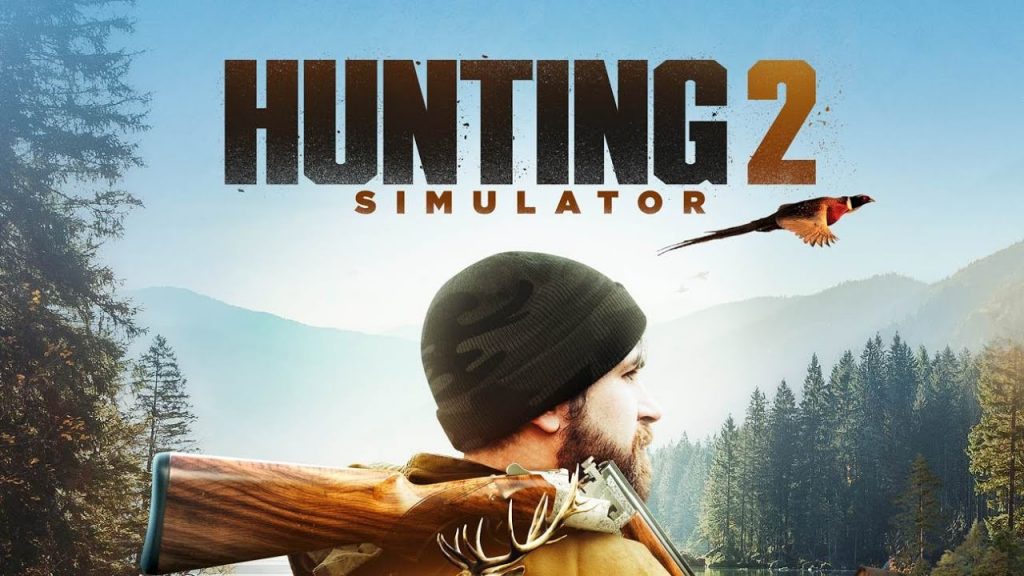 We have never played hunting simulator games before nor have we cared about them and the same goes for flying simulators. It’s not because we think they are bad… no, it’s simply because it’s not our type of game. We do know that in Hunting Simulator 2 you are working together with your hunting dog. Dogs… a man’s best friend they say but seriously the dog will be a very useful ally in the hunt. You must select your gear for the hunt from “the best official weapons and accessories”. In context they must mean the best hunting specific weapons and not the best weapons in the world; otherwise you would have the option of a heavy machine gun. That would make hunting interesting.

There’s some variety to the hunting locations in Hunting Simulator 2 as there is the texan desert, Colorado and the forest of Europe, all large areas. You’re a travelling hunter by the looks of it. Your hunting dog capable of tracking your targets. Also there are types of hunting dogs, like beagle, labrador retriever and German shorthaired pointer and the type matters as they have their own hunting attributes. So there’s quite a bit of stuff to think about before heading out into the vast wild. Hey! Is that a moose over there? We eating good tonight. 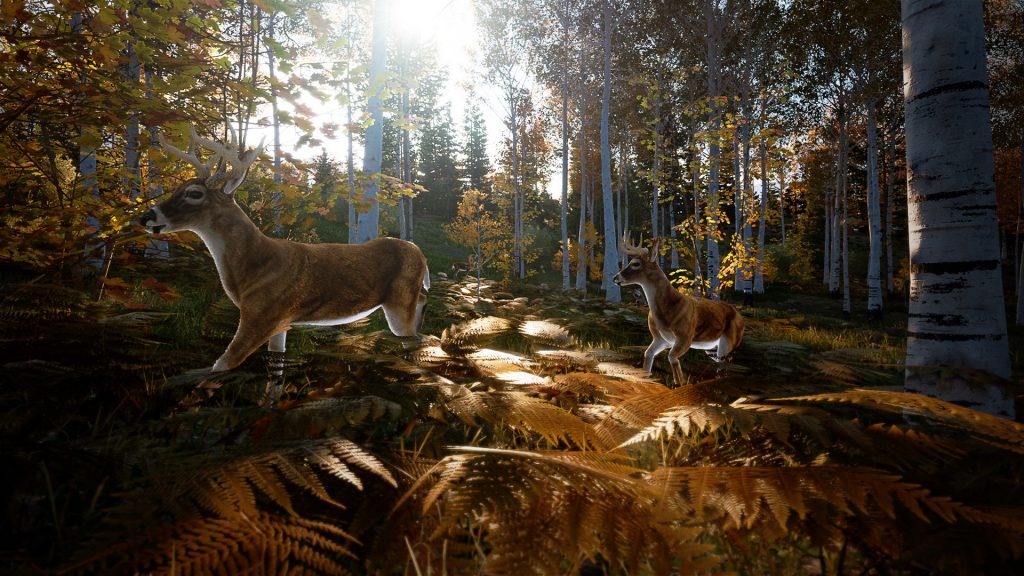 We checked out some Hunting Simulator 2 gameplay and it’s what we expected. Lush environments or dry environments, forests or deserts off course. A loyal well trained dog to back you up and just enjoying the hunt. There’s 33 different animal species for players to hunt. There’s over 160 accessories, weapons and clothing items to choose from and equip. Also they are brands like kryptek, winchester, verney-carron, browning and bushnell. So hunters out there might really like this. It’s hunting, what else can we say but the fact that the frames, visuals and performance will be much better now that it is coming to the next gen consoles, especially the Xbox Series X.

Overall Hunting Simulator 2 looks like a very good game for what it is. You are going hunting. You are working with a dog to hunt down your prey. Many different weapons, items, equipment and more. Multiple locations and hopefully some dangers. You hunt. What else? The developers ‘Neopica’ have done a good job. Now hunting simulator 2 might be the real hunt but it’s a complete walk in the par for… the ‘Earth Walk!’

Police 10-13 is a new simulator game developed by ‘Wingman Games’. Police 10-13 is coming out initially on PC but the developers plan to get their game on Xbox One and PS4 as well. They claim their game is in heavy development so there isn’t that much concrete information right now. Let’s take a look.

Police 10-13 is a police simulation. So this means, players will be playing as police officers and handling crime, dangerous situations and regular police work. You will be affiliated with a police department. Police 10-13 will be a single player game but also multiplayer but it has been confirmed that there is no story mode. The whole game is free roam and you can do what you want. Other branches will be made available in the future. 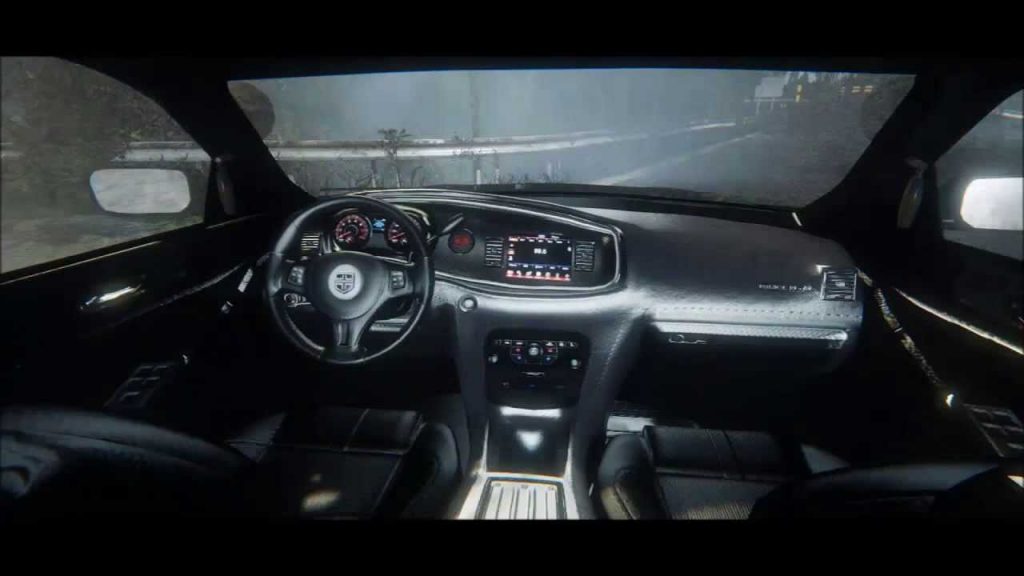 Police 10-13 is being built using the Unreal 4 Engine so already gamers will have some high expectations in visuals and graphics. The world of Police 10-13 is set in a place called Metro. The style of this city will be North American, including things like roads and road signs and probably other things like jaywalking. The whole game is open world.

There will be different weather in Police 10-13. They are trying to be as realistic as possible and replicate as many different situations too. so expect arresting on rainy days, hot sun, cloudy, windy and more. Hopefully they have hailstones as well… and snow. There is also a day and night cycle which players have full control over in terms of that you can set them yourself.

As a police officer you can also transfer to another police department. Don’t get excited, it’s not as fun as you think. There are procedures that needs to be handled. So players will have to qualify for that department. At the police academy. That’s right, go back to school you lazy gamers and learn! We actually like this aspect of the game and definitely like to know more about how this part of the game will work.

Let’s get to the fun stuff. The weapons and guns. There is a wide range of equipment and gear for officers. Players can expect radios, swat mirrors, handcuffs (off course), batons, flashbangs (flash em), radar guns and even breathalysers to expose those driving under influence. Have K9 units, use police boats and fly helicopters. so we got some vehicle action going on. 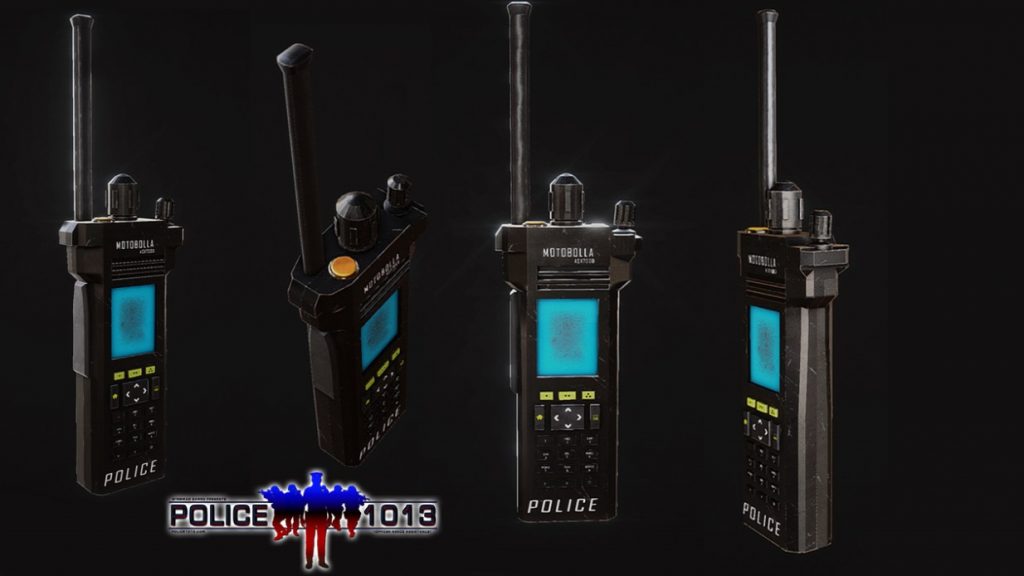 Time for some extras. Police 10-13 will be VR (virtual reality) supported so don’t put away your Oculus rifts just yet. Police 10-13 is also fully modable. The modding community will have a field trip with this game so expect dinosaur police officers arresting Halo spartans. The developers go into detail about all the hard work they are putting in. They clearly have huge plans for this game.

We would like to say we checked out some gameplay but all we see right now is development diaries and displays of their work like animations even. They are focusing on heavy detail from things like arresting and searching animations, to securing crime scenes, following protocols, police academy and much more. We hope they do their own things and work on not just making a simulation but something that people will also find exciting and fun. Fun is a key aspect of games which is for entertainment. We will need to see more from Police 10-13 before we can even begin to get excited about it. So far we aren’t impressed or excited.

Overall Police 10-13 looks like it will be a deep game that the developers will be adding to over time like Sea of thieves. It will be detailed but concerned when it comes to the fun aspect. It’s fine to have no story mode but there needs to be some stuff going on in this city besides people speeding. The developers ‘Wingman Games’ are working on this game. We at X35 Earthwalker hope to see more of Police 10-13. We encourage gamers to take a look at this game for yourself and if interested, keep an eye on it. Now a police simulation may be cool but it’s nothing compared to… the ‘Earth Walk!’