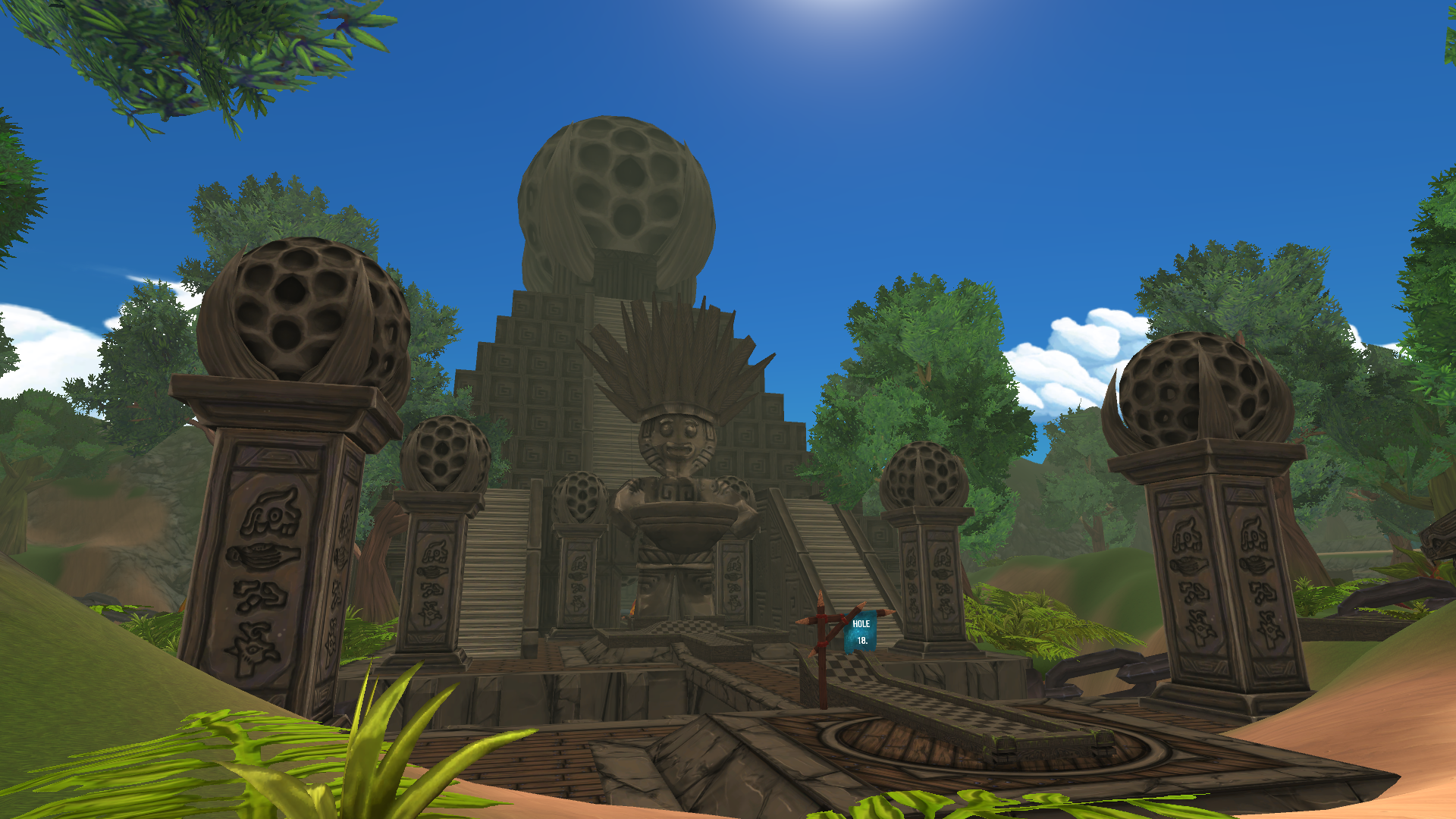 Golf with your Friends is exactly that… it’s golf. Now we wouldn’t care about this game if that was all it is. Sure it’s golf but it’s golf that’s not boring. For starters there are like 10 levels with themes. You can expect outer space, forests, haunted house, the woods with a lumberjack facility and more. Our favourite is definitely the level with that ancient looking temple, possibly aztec or whatever but it’s cool looking. The track looks like it’s naturally built. Simply put the level design is great. 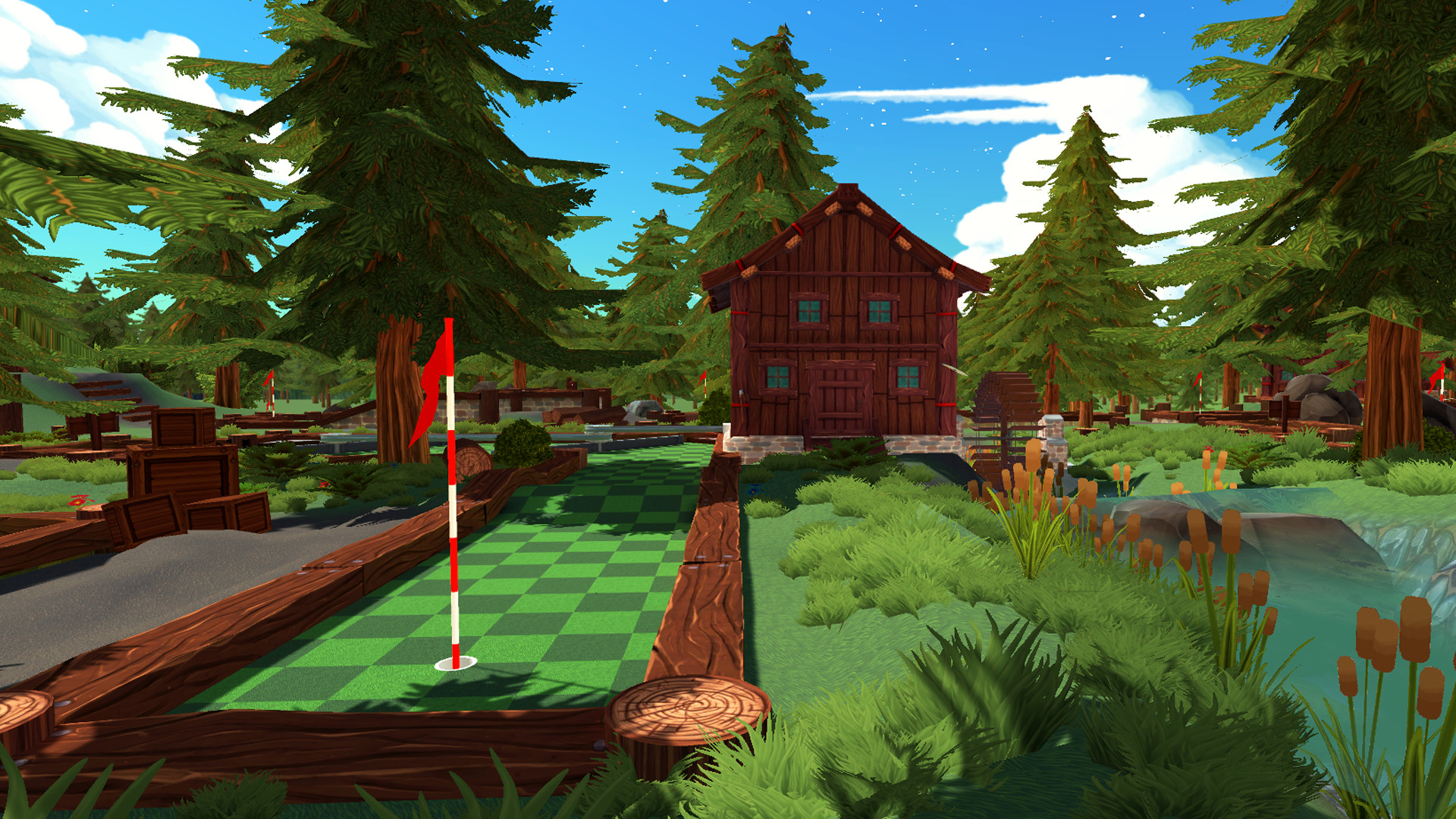 Now the levels are real cool but that’s not the biggest eye opener about Golf with your Friends. Yes this game is 12 player multiplayer BUT… you can all play AT THE SAME TIME. This means no waiting your turn and mocking your friends lame swings. Instead everyone is trying to get their ball to the hole and yo see everyone’s balls moving and jumping across the tracks. You can decide to race to the hole first or play legit and see who gets in with the least amount of swings. This mechanic alone makes Golf with your Friends interesting and stand out. 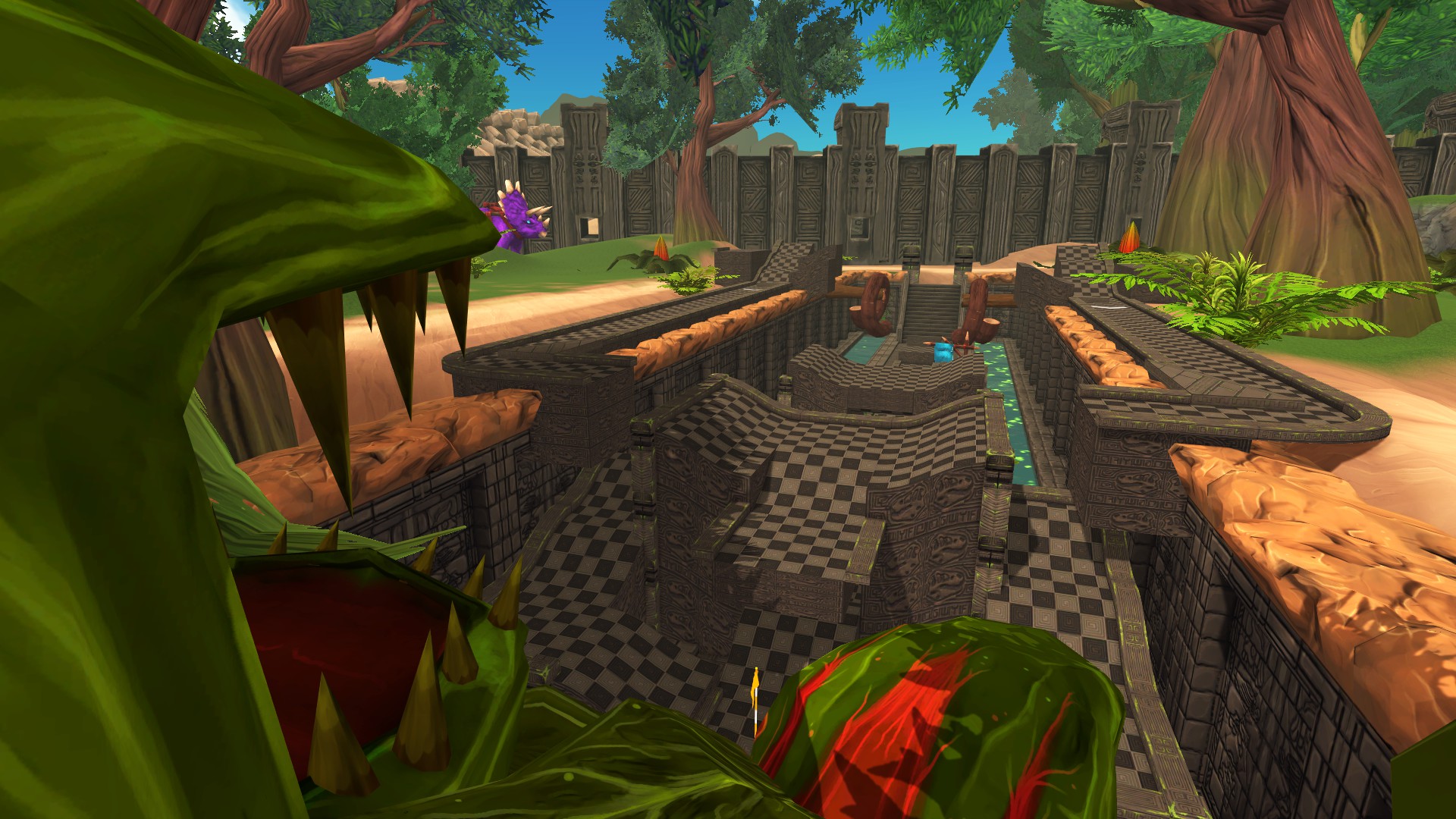 There is three game modes. There’s straight up classic golf, a hockey mode where the hole is instead a hockey goal post. There’s also a basketball hoop looking goal too. So mix it up people. There’s customisation too to keep things interesting. You can unlock skins for the balls, fancy trails and even hats. There’s even a level editor where you can create your own courses, share them with other players have them play it themselves or yourself.

Overall Golf with your Friends actually looks like a good golf game. There’s even power ups and items for competitive help. There’s such effects like turning your enemies balls into a square. Trap their balls in honey and even straight up freeze their ball completely. Cool stuff. The developers ‘Blacklight Interactive’ have done a good job with this game. We at X35 Earthwalker will have to see what Golf with your Friends can really do.

Madden NFL 19 is a new sports game developed by Tiburon. Madden NFL 19 is coming out the 10th of August on the Xbox One, PS4 and PC. American football is fast and rough. Let’s take a look.

Madden NFL 19 is a sports game which should give all gamers a very good idea of what it is about. There is no story. It’s just playing sports which is fine. Select and use your favourite NFL stars and dominate the entire sport.

Madden NFL 19 offers new levels of control and precision over your characters. There is also real player motion which is basically precise control over your characters movements. Now you can decide when you want to make a rounded turn or a sharp cut. 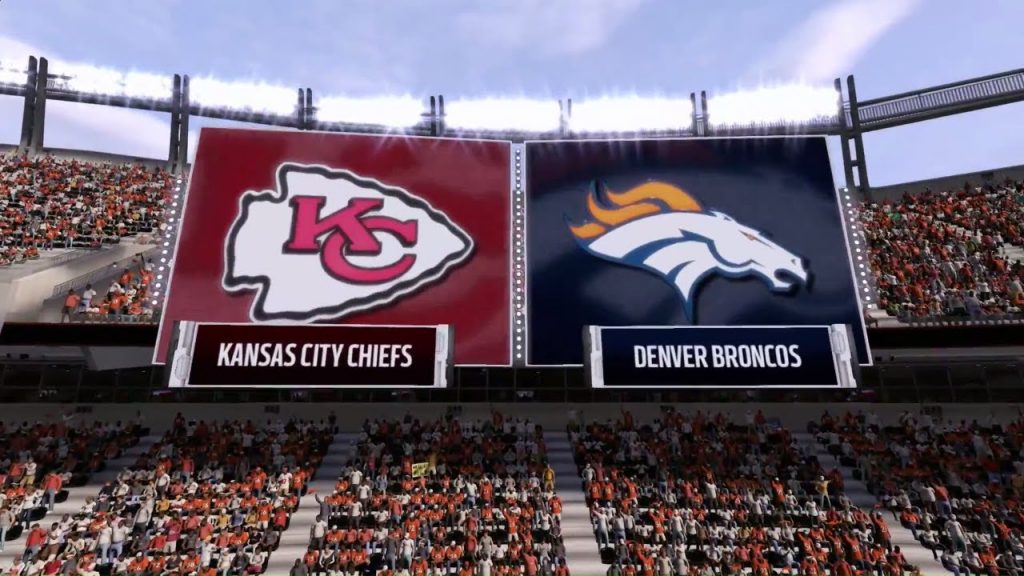 Let go of the buttons for Acceleration Burst and then move in the desired direction to cut sharply. Use the acceleration burst to dash past your opponents. The controls don’t seem that complicated which is a good thing.

So players must decide when they want to have fast speed but very limited turning or high dodging and quick cut turns but lower speed. So maybe if your opponents make a line then maybe zoom through them if there is an opening. Cut turns for 1v1. 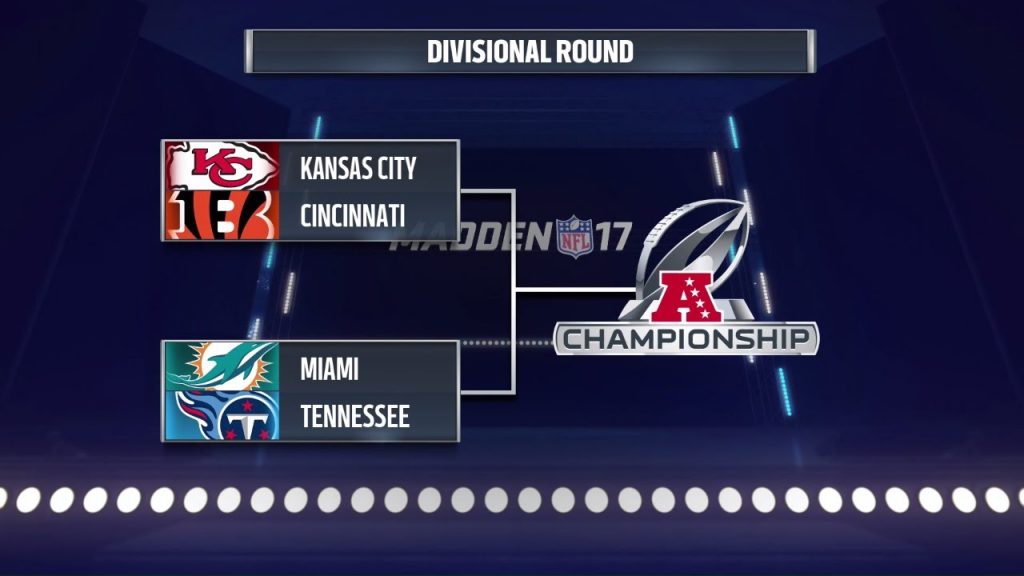 Players can also chain together a bunch of movements smoothly to make some advanced dodging and manoeuvres to get past the enemy. This sort of reminds us of NBA Street Vol.2 when you could do tricks like the ‘slip and slide’. That was cool. So there is some technical stuff to Madden NFL 19.

We checked out some gameplay of Madden NFL 19 and it looks good. Very good. You can select the kind of strategies for your team to use. So an additional layer of strategy and tactics. The animations and how the players interact with each other are very good indeed. It’s quite deep for an American football game. It’s something interested players will have to view for themselves.

Overall Madden NFL 19 is a good game for what it is. We at X35 Earthwalker are not sport game fans and do not care for American football, let alone the game but this game is very good from what we have seen. The graphics and sounds and stadium designs are better than before. The developers Tiburon did a very good job with this game. Now Madden NFL 19 may have star players but even they are small when compared to… the ‘Earth Walk!’ 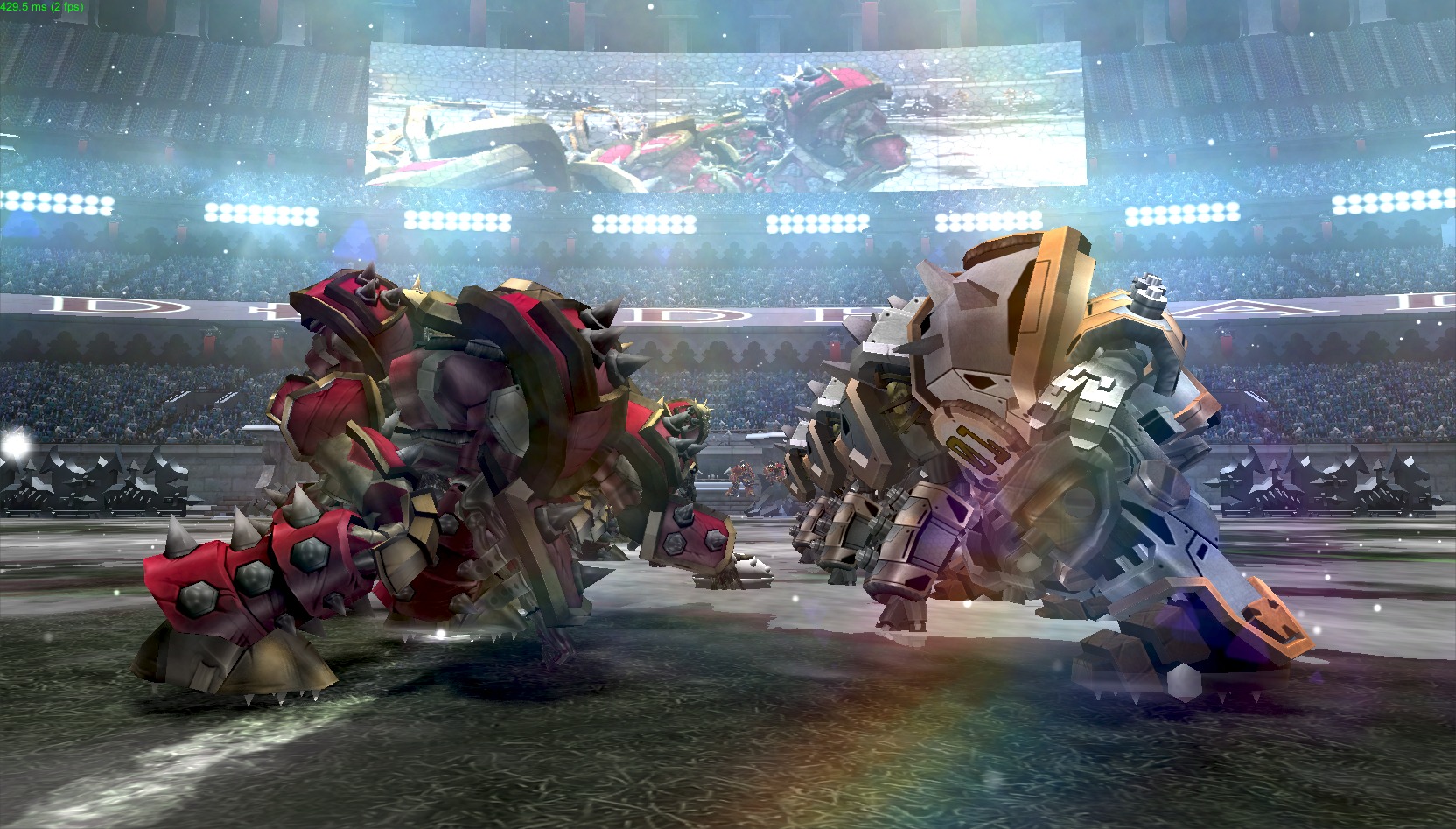 Mutant Football League is 3D arcade style sports game developed by ‘Digital Dreams Entertainment LLC’. It’s coming out the 19th of January for the Xbox One and Play Station 4 but already out on PC. If you like football, monsters and over the top violence then Mutant Football League has got it. Let’s take a look.

In the world of Mutant Football League, monsters and mutants take their skills and expertise to the gridiron. Here they American football but there’s a twist. There isn’t really any rules. So the result is some arcade style, violent games filled with a dangerous sense of humour. At least the fans from the stands love it (that’s what matters). So expect all kinds of creatures like aliens, skeletons, trolls, demons and battle bots. Who would have thought these guys could play American football.

Now the matches are simple to some extent. It does play like normal 7 on 7 matches except their are two ways to win. Either by having the highest score or by killing and destroying your opponents. This makes the game more strategic and gives more options. Now their are 18 teams and each team have what Mutant Football league calls ‘Dirty tricks’. Now ‘Dirty tricks’ are abilities which help put things in the teams favour. Such dirty tricks allows you to bribe the ref to make him cancel or overturn a call he made, make your player ginormous allowing them to crush and smash the competition away, equip your players with chainsaws and even throw bombs. Now that’s crazy. 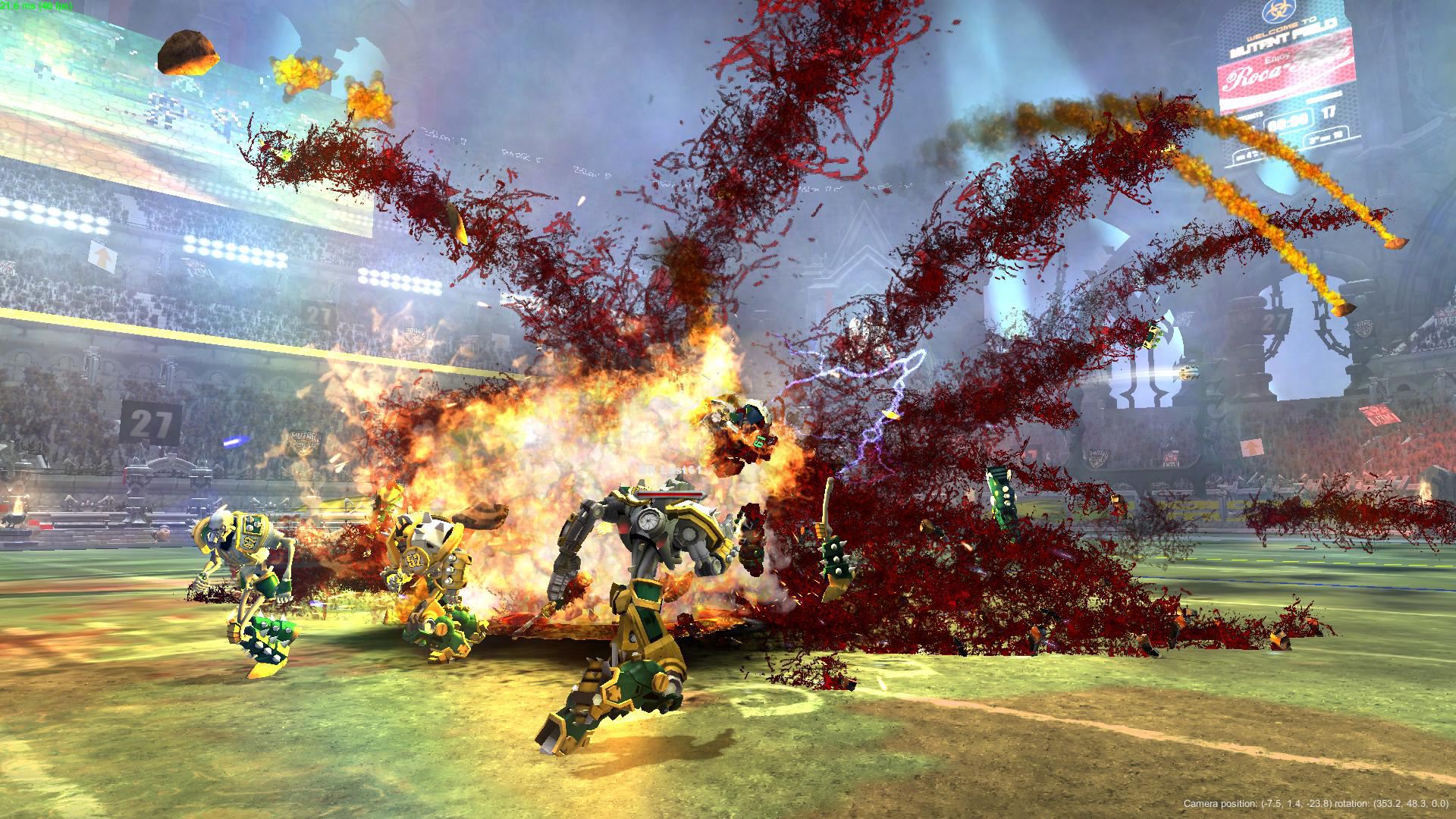 The commentary is done by NBA Jam and NFL Blitz hall of fame, ‘Tim Kitzrow’. He does the play by play. There are Mutant League Football all-stars who own the fields with their powerful abilities and high kill counts just waiting for players to put to use like: Ghoulio Bones, Bomb Shady, Wham Neutron and much more. There are multiple game modes to try out like Play off, exhibition and practice but if you are really good then try out for the The mayhem bowl. There are 18 different arenas to play in and they have dangerous obstacles like lava, fire pits, buzz saws and even landmines so watch your step and where you run.

We checked out some gameplay of Mutant Football league and we can confirm that it is fully 3D violent American football mutant, monster game with dirty tricks. That’s literally what the game is. It’s for gamers who like violent and very silly commentary. It’s more in your face funny than subtle at all. The matches are quick action, no long waiting for the whistle and thanks to the abilities and lack of rules for this sport, it’s hard for an opponent to stay away with the ball to stall for time. Tackling your opponents is easier to do as you just really need to get on them and let them have it. We have seen players get dropped, kicked, slammed and smashed. almost makes you not want to have the ball. You can either do 4 player local multiplayer or two players online allowing the mayhem to spread across the world.

Overall Mutant Football league seems like a fun and good game. It’s for casual gamers who just like to have fun and smash their opponents in totally unrealistic but crazy ways. You may not even be good at gaming but at least you would enjoy beating your friends to death on the field (who doesn’t enjoy that?). This doesn’t mean their isn’t any strategy or deep gameplay involved. The graphics are good, the sounds need to be better, the commentary in our opinion is lame but the action isn’t. Being a multiplayer game again adds more options and a range of players to face. The developers, ‘Digital Dreams Entertainment LLC’ did a good job with this game. We at X35 Earthwalker don’t have an interest in this game but will keep and ear out for it. Mutant Football League has the violent matches but even that’s not enough to match… the ‘Earth Walk’.