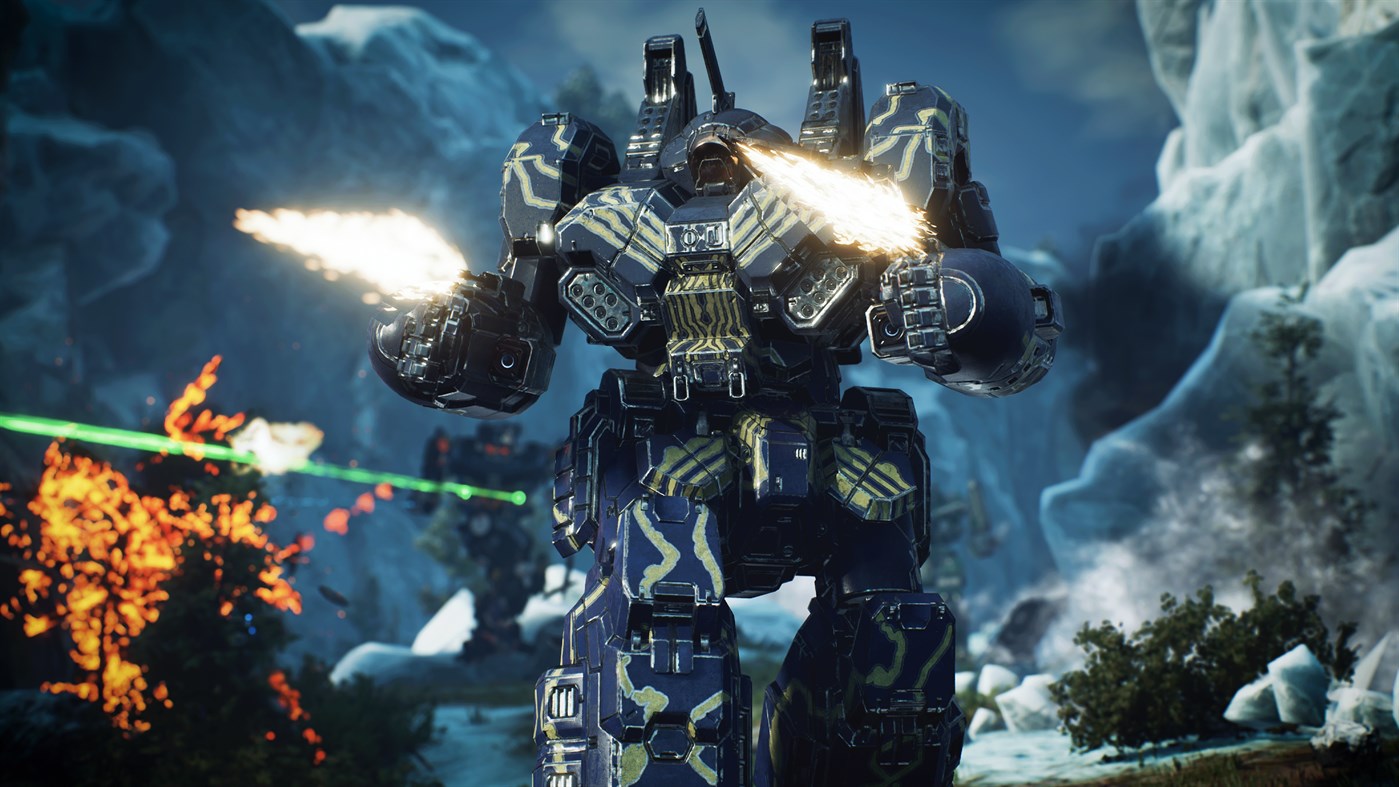 MechWarrior 5: Mercenaries – Rise of Rasalhague is an expansion that’s going to bring some big stuff. The background behind all this basically is that there’s a conflict going on. Takes place before the formation of the star league. The player will fight along with colonel Månsdottir and the people dwelling at Rasalhague for freedom and independence from the ‘Great houses’ (if you know then you know). That’s basically the story here. 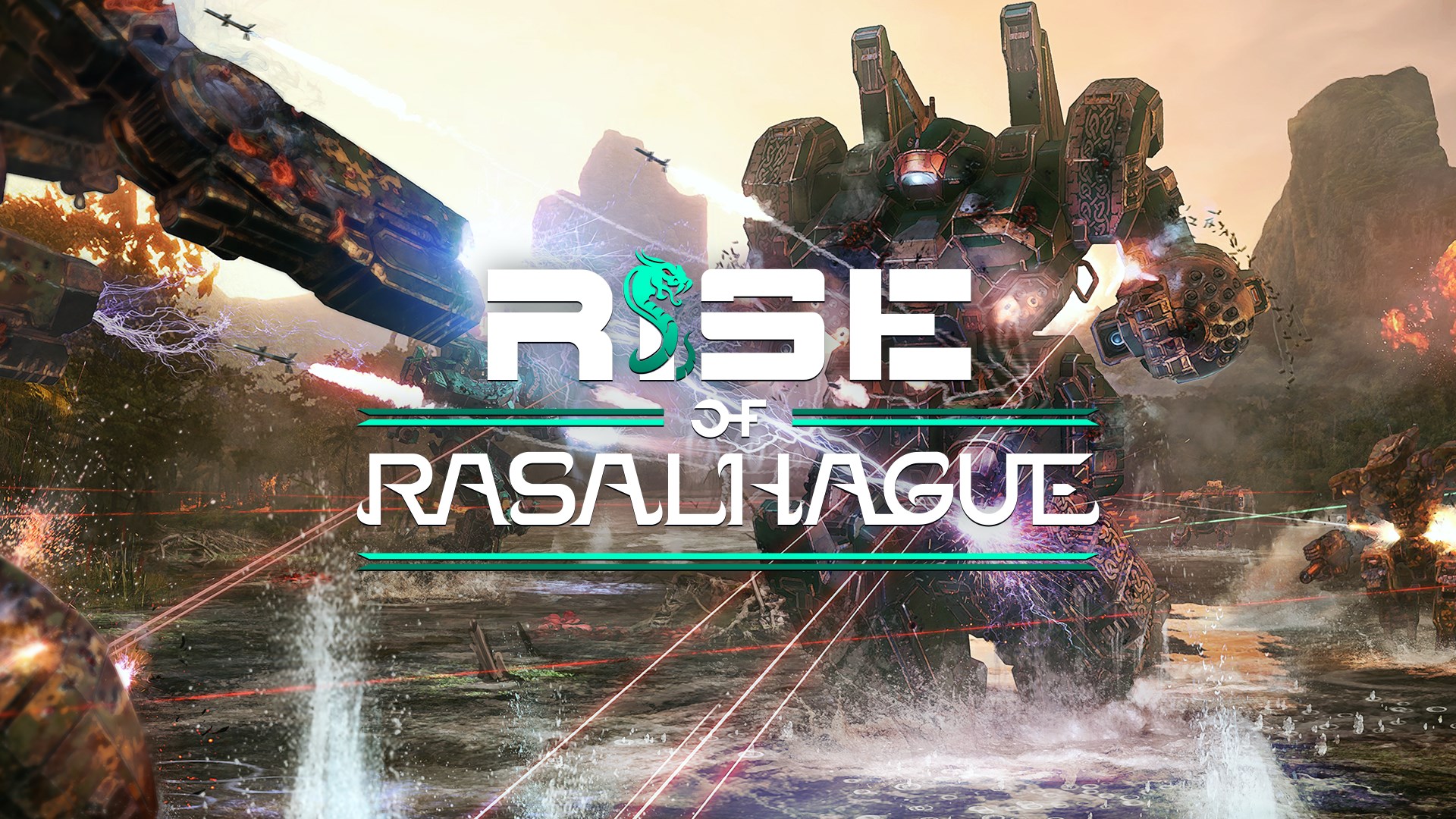 So let’s get into what matters here. MechWarrior 5: Mercenaries – Rise of Rasalhague not only brings the new scenario and storyline, which is a 12 missions quest, but there’s even a whole new mech chassis, called Crusader. It has 11 variants as well so… get experimental or not. One of the variants is the “Hero ‘Crael’ variant” which has melee weapon capabilities. Now we are going full Transformers. We got blasters, lasers, ballistic rounds and now actual proper melee.

Now this is interesting and should liven things up in the Inner Sphere. Rival mercenary companies are here and operating in the Inner Sphere as well. So players can expect interactions with these rivals. Not just the rivals but the so called “famous Bounty hunter”. So if players accept and do work in places or areas where a rival company has garrisoned, you can look forward to either hostile or maybe friendly. 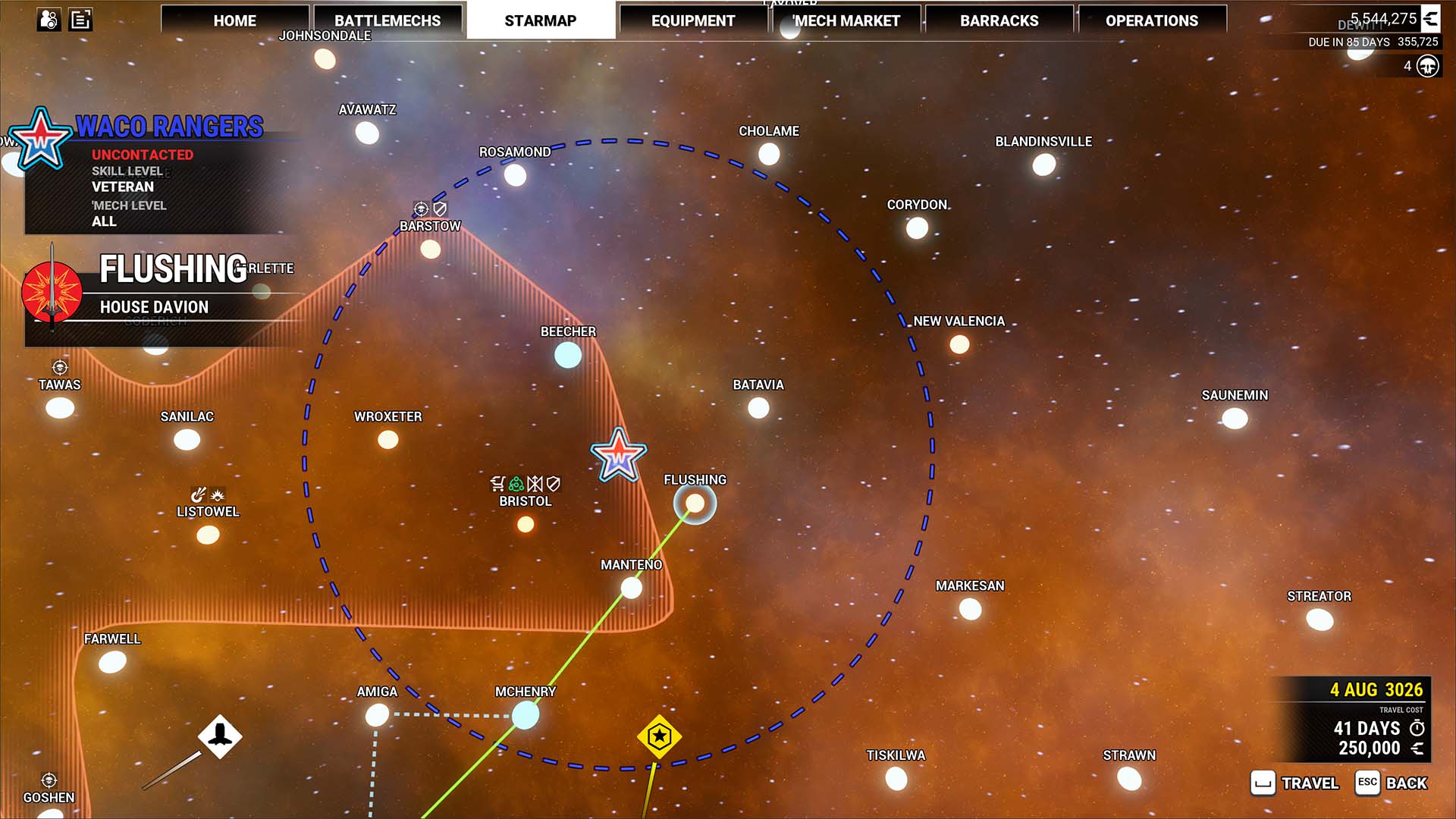 We checked out some Mechwarrior 5 mercenaries: Rise of Rasalhague and it’s what we expected. As tactical as we remember with loads of information presented to the players on the HUD. The so called infamous bounty hunter may pay for intel concerning rival mercenaries. This off course is a way to get rewards. There’s also ‘infiltration’ mode, which the developers have claimed that the infiltration missions are “exciting and dynamic”. We will be the judges of that. Now we hope the developers fix the main problem of Mechwarrior 5 mercenaries which was its unfair difficulty. We already talked and wrote about it. They need to tone it down a lot. The unfair difficulty is why we stopped playing the game. We did hear there is a free game update which has improvements to the “AI performance and behaviour.”

Overall Mechwarrior 5 mercenaries: Rise of Rasalhague looks like it’s going to be a good update dlc. Even the mech hangar is getting an upgrade which allows for more room for mechs. The graphics are looking good and we expect there to be an update to the game Mechwarrior 5 mercenaries as a whole. So sounds as well should be better. We want to see how much details are there concerning the destruction of the trees, buildings and more. The trailer up above is concerning the hero of the inner sphere dlc. The developers have done a good job so far. We at X35 Earthwalker will keep an ear open concerning this game. 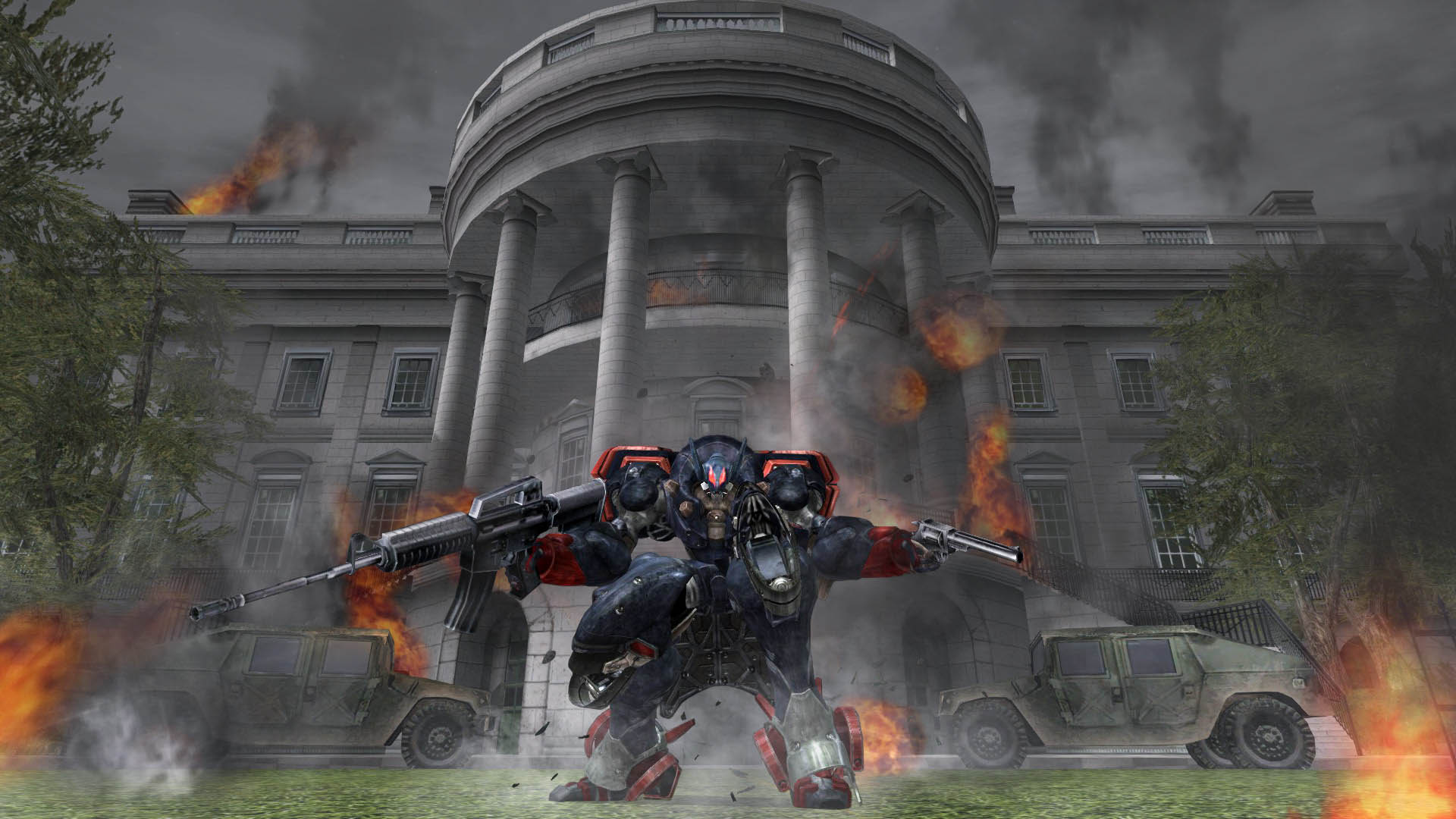 Metal Wolf Chaos is a new action mech shooter developed by ‘General Arcade‘ and ‘FromSoftware‘ and published by ‘Devolver Digital Games‘. Metal Wolf Chaos is said to be coming out the 6th of August on the Xbox One, PlayStation 4 and PC. Is America ready for this one? Guess we’ll have to find out. Let’s take a look.

The world of Metal Wolf Chaos is set in America. Basically what’s going on is that the vice-president Richard Hawk has started and lead a full scale rebellion in an attempt to take over America and guess be in charge. The current president Donald- we mean Michael Wilson must defend America. Since he is president, it’s his job to take America back and he’s doing it by any means necessary. Now this would be so easy and just have to call the police if it weren’t for Richard Hawk having a mechanised army. He commands legions of them. President Michael Wilson will use his own advanced powerful mech, which has loads of firepower and weapons, to battle all across America and save the nation. Simple story and it makes sense. 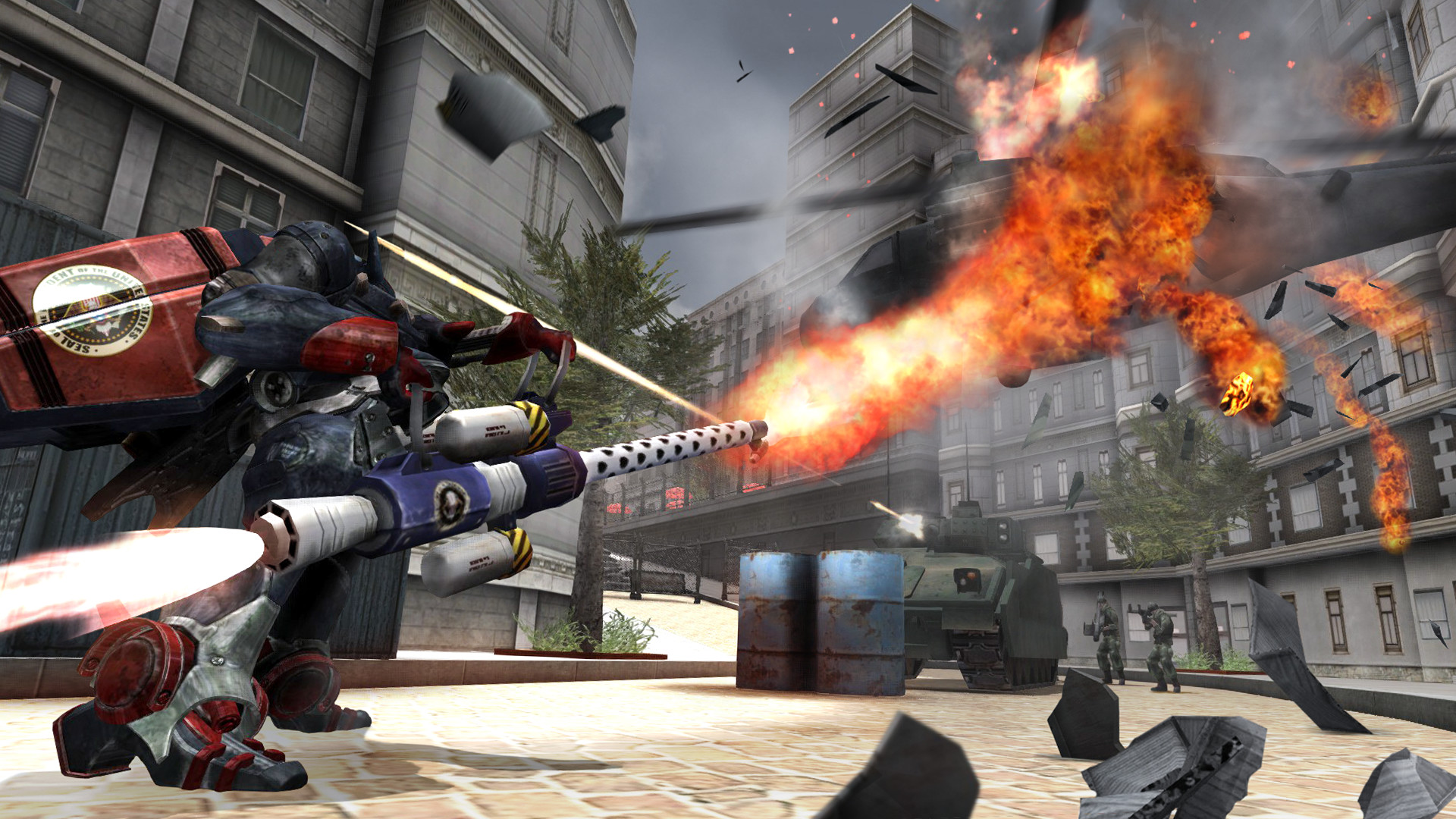 So basically a remake and we know the deal with remakes. There isn’t that much to say about them. What we do know and hope is that they get all the required elements of a remake or modernising game. The first things many gamers look for and expect of a game like this is the graphics and visuals. Metal Wolf Chaos has received a visual upgrade but still doesn’t look as great as your average  2019 game. Reminds us more of Duke Nukem 3D in a way but obviously better visuals though. The developers need to step up on graphics. The controls have been improved and that should be instantly noticeable. Also expected will be 4K as that’s what many seem to care about now. 16:9 viewing is supported for modern screens.

We checked out some Metal Wolf Chaos gameplay. If you know the original game then you know what to expect. It’s sort of what we expected though. You literally run around blasting everything. Using powerful weapons, strafing, locking on, dodging and even getting physical with your enemies. Lots of action. The game certainly delivers on the action. Classic players would like the style to because of how it controls and what you are capable of doing. Expect tanks to come after you, aircrafts, missiles, bullets and much more all here to take you down. After all you ain’t getting your country back that early.

Overall, Metal Wolf Chaos seems like a alright game. Honestly hope the graphics improve way more. The action is solid from what we can see so far. Many gamers would jump in just to zoom around and blow stuff up in many different ways with different weapons. The developers ‘General Arcade’ and ‘FromSoftware’ have done an alright job with this game so far but more is needed. We at X35 Earthwalker will just have to wait and see what becomes of this game. Now Metal Wolf Chaos may have action and explosions but nothing more explosive than… the ‘Earth Walk!’