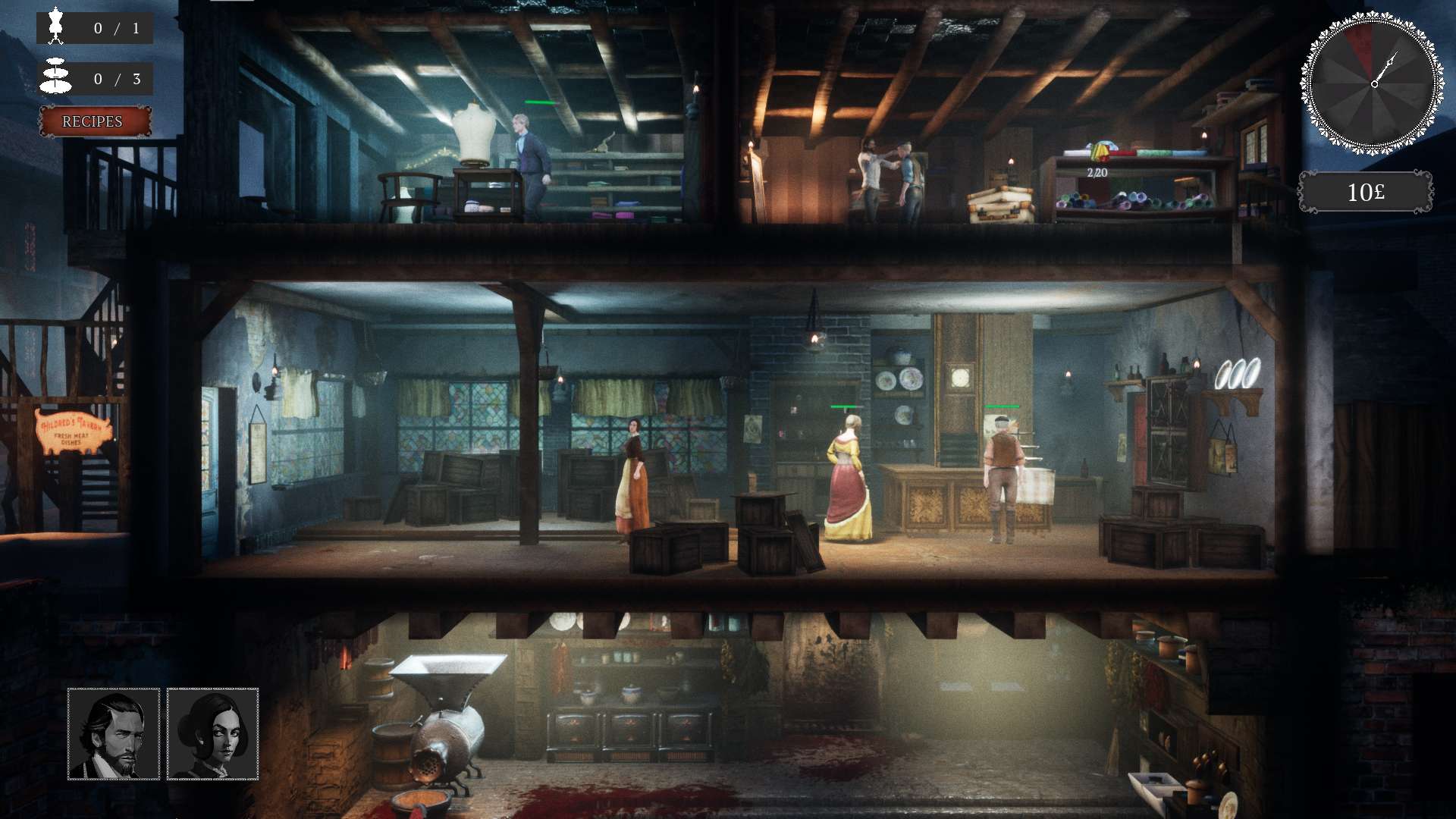 Ravenous Devils is unique right of the goat. Here’s the story basically. Players control two characters: Percival and Hildred. They are business partners who set up a tailor shop and restaurant like joint. It’s in a horrible city. It’s described as “city where crime, corruption and poverty are commonplace”. So many here are scum… just like Percival and Hildred. You see this business isn’t normal. 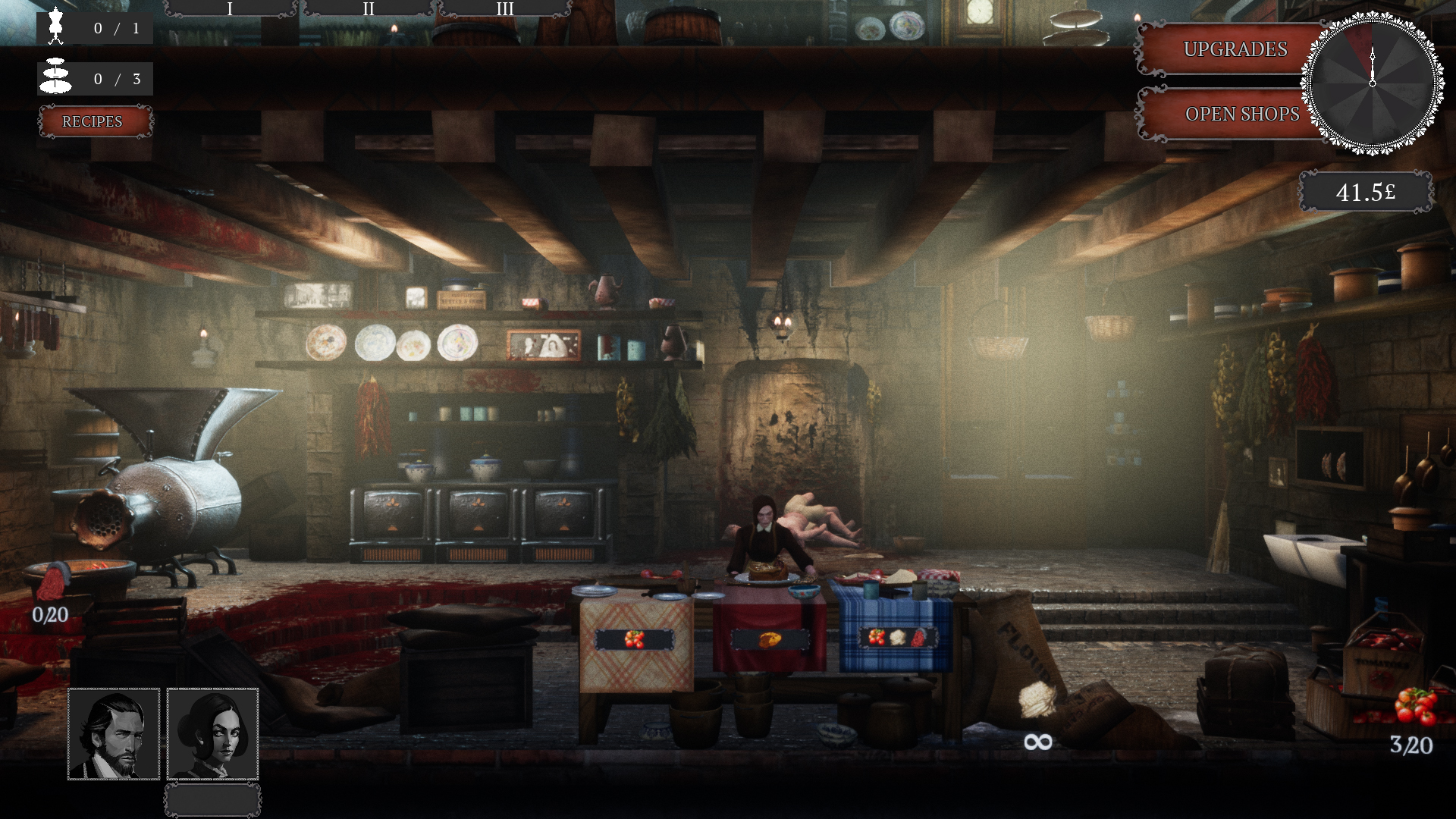 The tailor shop is a front. You don’t care about the customers. They come, you get them clothes but then kill them. Then take their clothes, then dump their bodies in the shoot leading to the kitchen. From there, you use the bodies as ingredients make meals for hungry customers. Yep. That’s the business. You are killing customers to make food to feed other customers. It’s all about money. What a messed up world this game has created. Ravenous Devils is doing something different here. They are trying to stand out completely. The ones we know who surpass these evil lot are the companies and businessmen and women in Oddworld. Abe’s oddysee. Look at Rupture farms. The soul storm brewery, the bonewerks etc etc. This tailor/kitchen/restaurant business in Ravenous Devils is close. 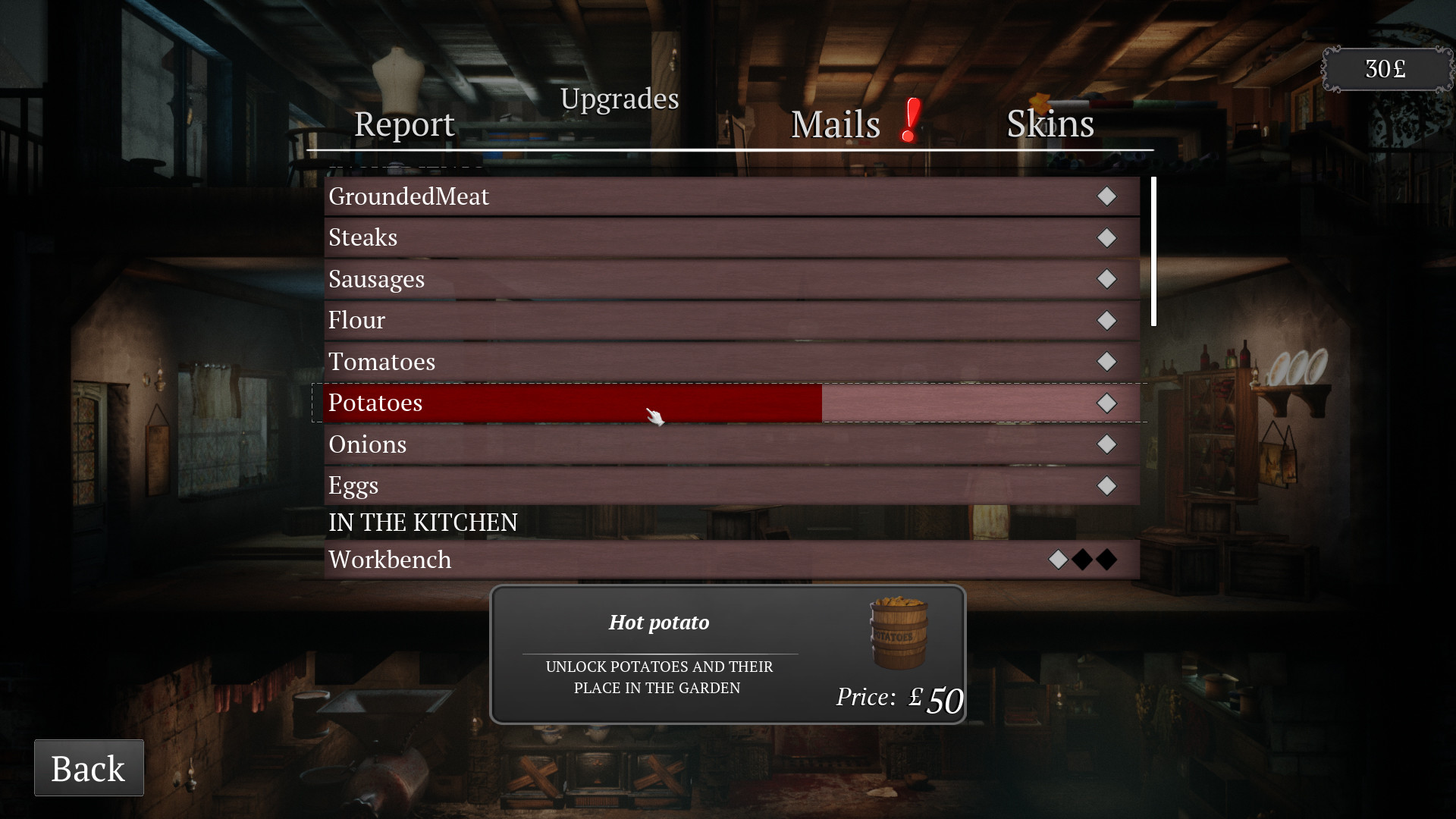 We checked out some Ravenous Devils gameplay and it’s sort of what we expected. You switch control between the two characters: Percival and Hildred. There is some tactics to this game off course. You can run out of ingredients for your meals, so players need to manage their resources. Also murdering your customers isn’t as easy as it seems. We might be wrong here but players will need to actually be strategic about it. You must choose when to kill them. Can you fail and get harmed yourself. This game isn’t trying to be family friendly. You literally throw a body into a grinder and start turning the handle to make some prepared meat. So yeah, if you are squirmish, then prepare yourself.

Overall Ravenous Devils seems like an alright game. It’s like it’s set in The Sims universe but a bad part of the world where it’s basically lawless and crime is the hobby. Ravenous Devils has a nice, but evil, atmosphere and you don’t feel too bad as many people in that city is bad anyways. The voice acting is excellent. There is an upgrade system for your shop. There’s quite a mission here. The developers ‘Bad Vices Games’ have done an alright job so far. We at X35 Earthwalker will have to listen out for news concerning this game. If you want to support X35 Earthwalker then just head to our ‘support us‘ page. Now Ravenous Devils may have ruthless evil business but it’s something easily cleansed by… the ‘Earth Walk!’