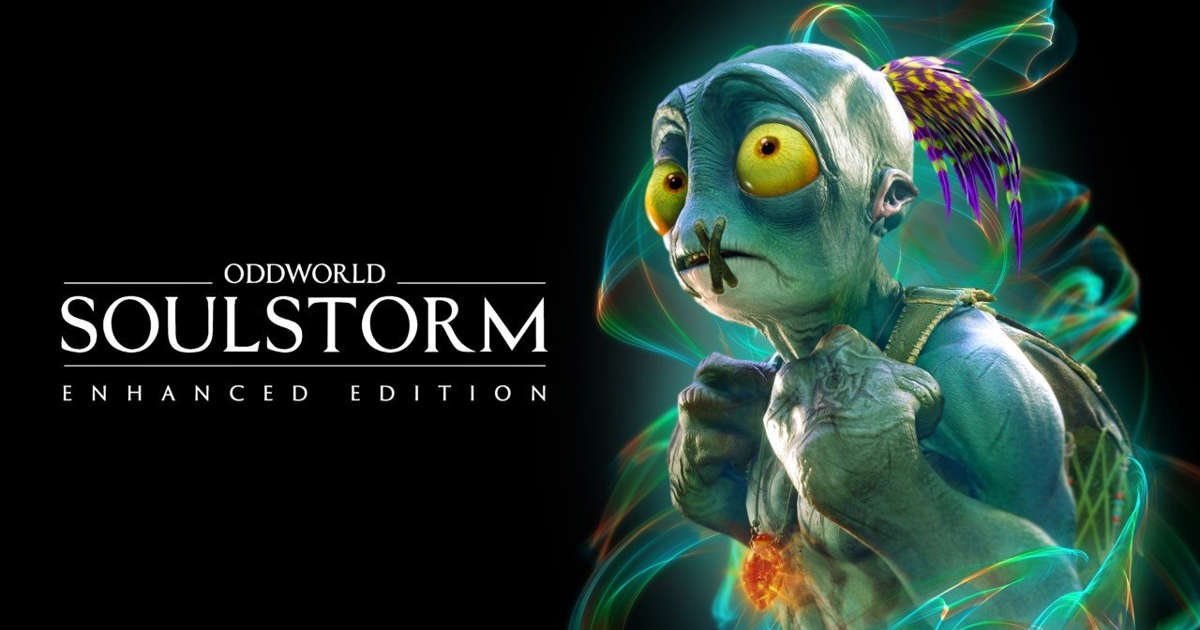 Oddworld Soulstorm Enhanced Edition is on it’s way. Once again, X35 Earthwalker the one true Earthwalker, the legendary and eternal soldier himself, was right. Oddworld Soulstorm Enhanced Edition was a timed exclusive. It’s not just on Playstation anymore. It’s coming to the most powerful gaming console, the Xbox Series X… and Xbox One too. The timing is very good for Xbox players though and we will explain. 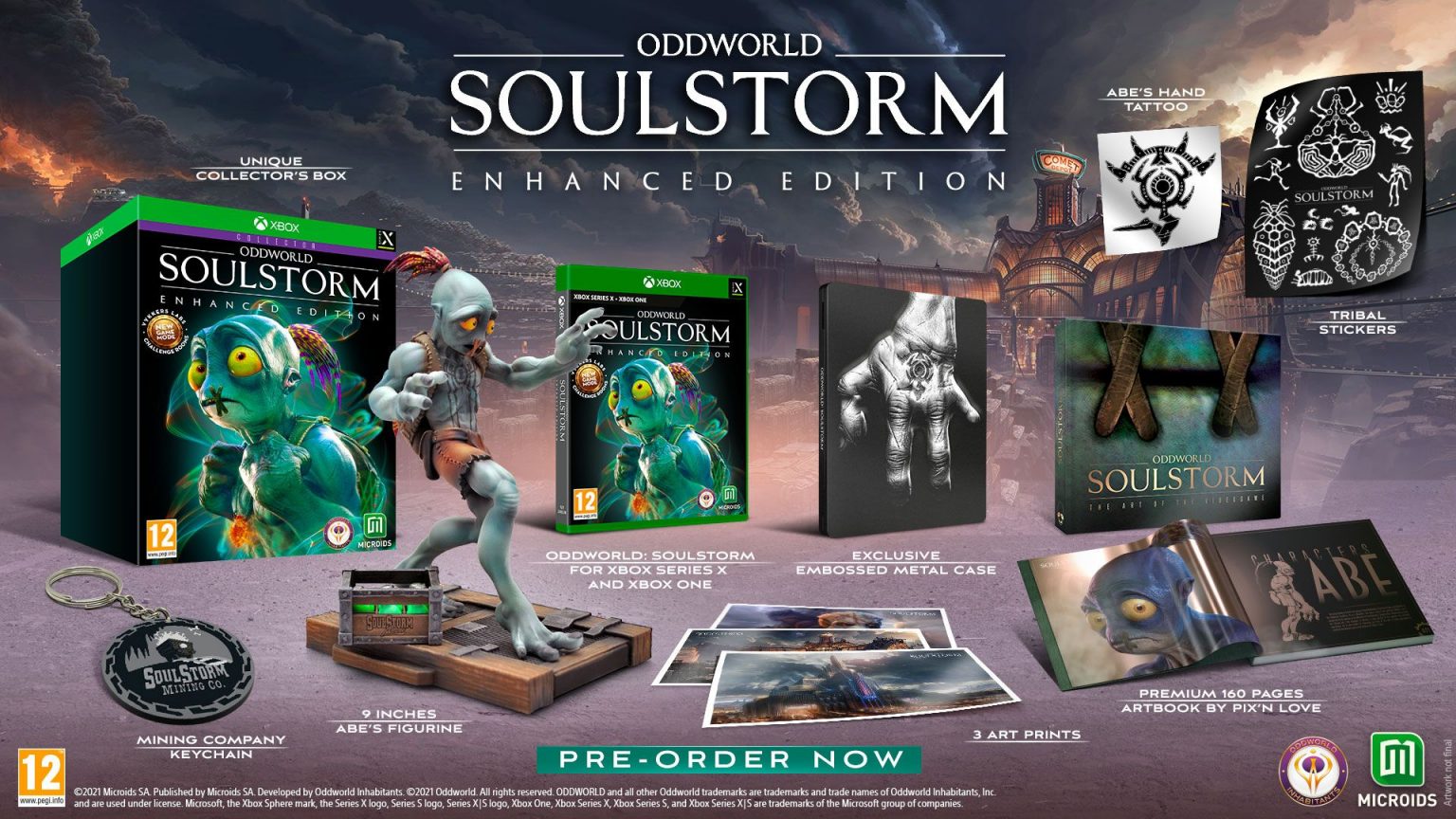 Oddworld Soulstorm Enhanced Edition is basically the same as Oddworld Soulstorm but… enhanced. Okay fine. Basically there’s “improved gameplay mechanics and motion code”. Not only that but all the patches that’s been added since the original release. There has been multiple patches and some changes. Actually a lot. If you go to their official Oddworld Inhabitants website. There’s patches 1.05 – 1.13. There’s patches to Abe himself, npcs, levels and more. So yeah, it’s improved and better performance but it’s the same game. No new content. So t’s a good time for Xbox players to jump in if they want to. 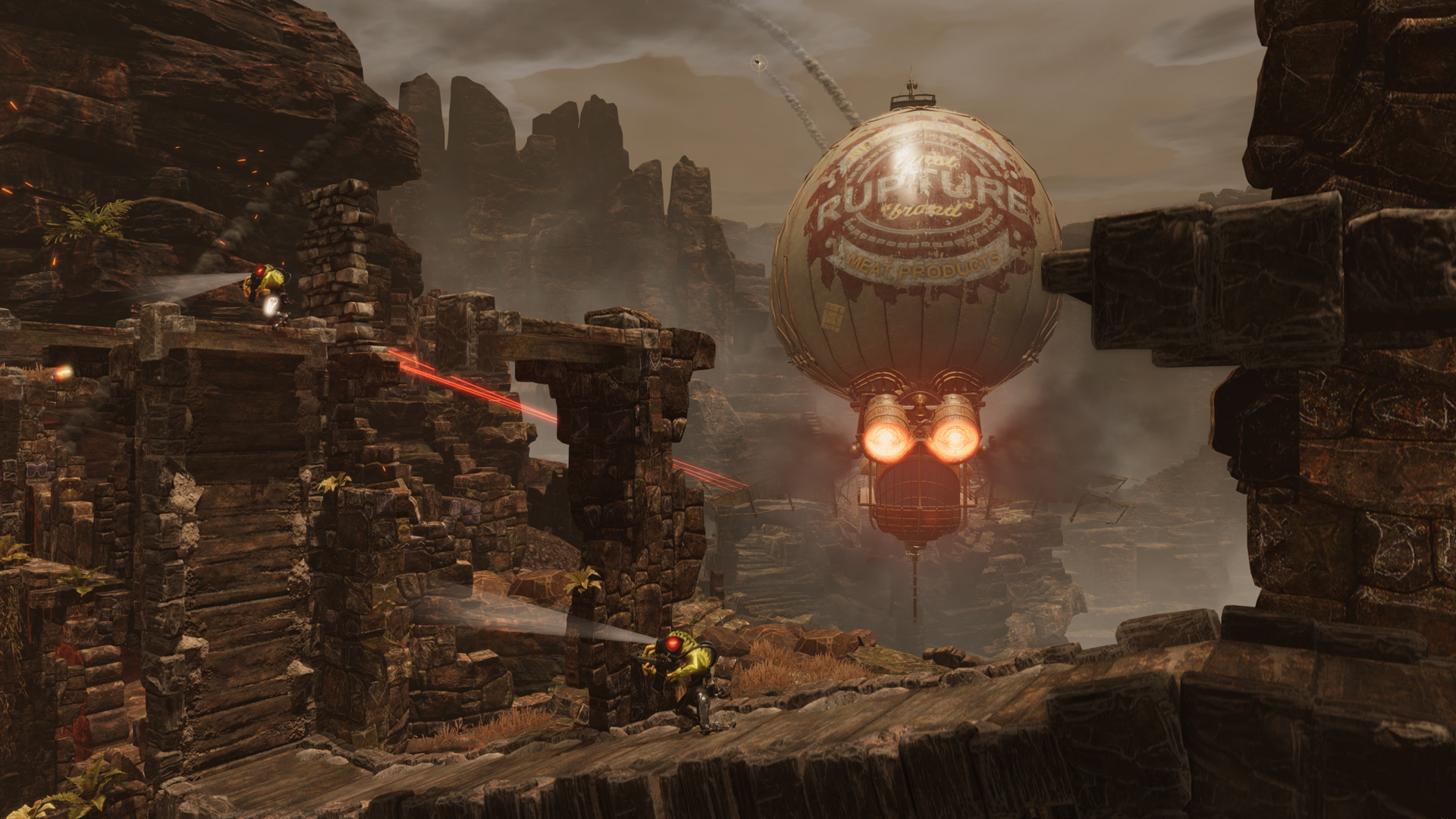 We like Oddworld Soulstorm. We couldn’t play it because it was a timed exclusive for Playstation only. Abe has many games and they are all good. We are disappointed to find out there is no new content. With all these new games coming out and big names like Call of Duty Vanguard and the even better Halo Infinite which is on the way. If Oddworld Soulstorm wants to keep up the fight and stay relevant. There’s fans of Oddworld but developers want to exceed those numbers. So we need new things. We need something big.

Overall Oddworld Soulstorm Enhanced Edition looks like just an improved version the same game and that it’s now available for Xbox players on Xbox Series X and Xbox One. So yep, if you’ve never played it before then this enhanced edition sounds like the time. We hope the developers do something about new content though. Now Oddworld Soulstorm Enhanced Edition maybe have enhanced the original but it’s not enhanced enough for… the ‘Earth Walk!’ 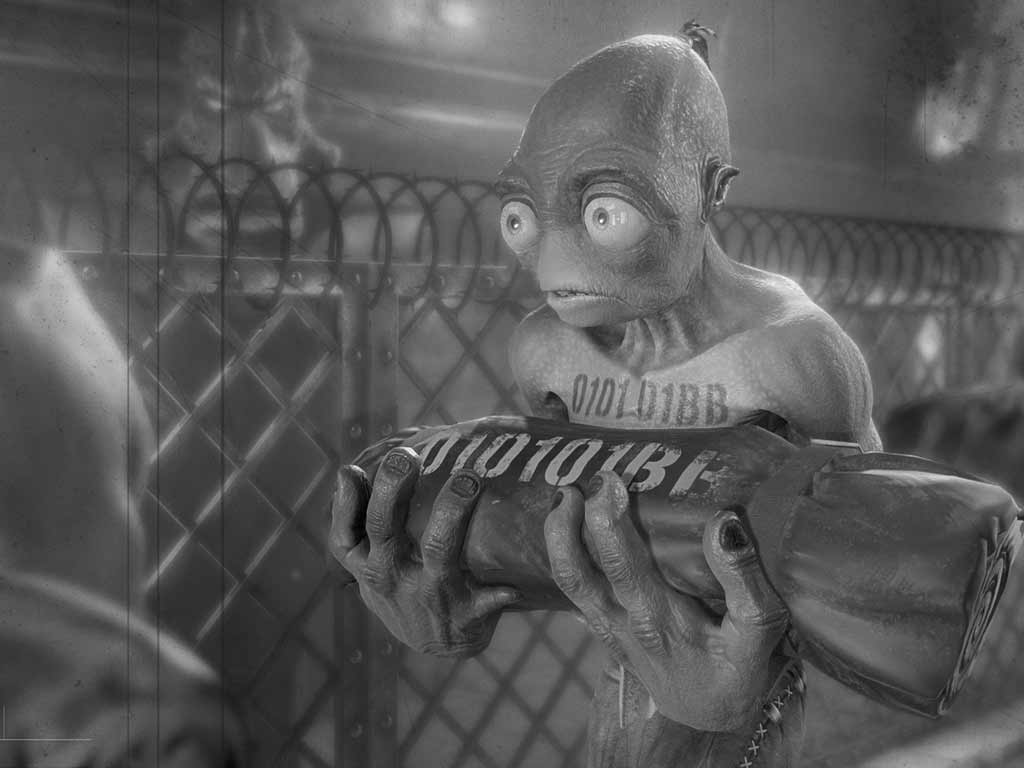 Oddworld: Soulstorm is the new game in the Abe series developed by ‘Oddworld inhabitants’. it’s said to be coming out for the Xbox One, PS4 and PC. This is the game that we at X35 Earthwalker have been waiting for. Let’s take a look.

Now Abe is one of our most favourite characters. He is a simple Mudokon who ended up doing great things. He destroyed Rupture farms, he ruined soul storm brew and even blew up Vykkers lab. He rescued many of his people from slavery. X35 himself has clear memories of playing Abe’s oddysee for the first time with his family. Trying hard to avoid alerting Sligs who would kill you instantly, disarming mines, dodging saws and running for dear life from Scrabs and parasites. It was a great game that impacted any gamer. Now after Abe’s Oddysee, Exodus, Munch, stranger’s wrath, new ‘n’ tasty, we finally get the latest big brand new Oddworld Abe game… Oddworld: Soulstorm.

There isn’t that much information given out concerning Oddworld: Soulstorm but a number of things have been made clear about the game. firstly we know that this game directly comes after Oddworld: New ‘n’ Tasty. Abe has just saved 301 Mudokons (assuming the player did). He is the leader of his people and will be starting an uprising. This is a complete story retake. Oddworld: Soulstorm will be going in much deeper and darker on the whole story of Abe, the cruelty and slavery of the Mudokon race. Nothing will be pretty here.

What’s definitely new ‘n’n tasty is that players will now have to manage their followers is an even more dynamic and dangerous world. We see from the UI that you can see which of your Mudokons  are fine and which ones are in danger or dead. There is also health, ammo, what looks like ‘chi’ (maybe stands for ‘chant’) and also moolah (which is the currency in Oddworld). this does remind us of Munch’s oddysee as some mudokons got guns, their was money and health. Off course Oddworld: Soulstorm has an inventory and a crafting system. So players will need to build and have the right things for what is up ahead. There are also multiple powers for Abe now and that is something to be excited about, especially if you remember what happens when Abe turns into Shrykull. 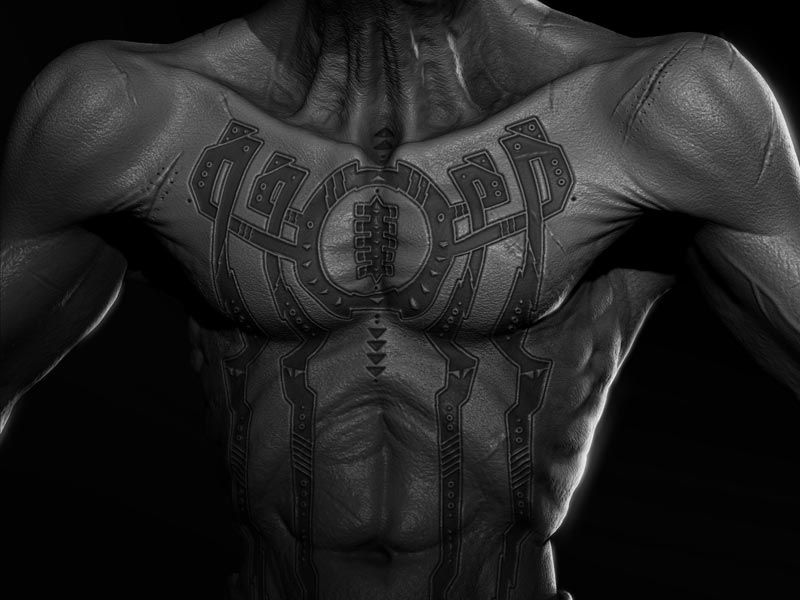 The developers made it clear that there is now more than one way to handle the different situations so players can use their items and powers how they see fit to get the solution. They wanted players to have more freedom instead of a fixed journey. So collect and accumulate your power and then it’s up to players to decide when to use it. This is one of those sweet changes that we are are excited to see how it fits in and if it works out. There is no real showing of gameplay right now and that’s how we know it’s going to be a big change more like Munch’s oddysee because they are leaving it for a grand reveal. There are so many mysteries surrounding this game and the new retake of the Abe story. Like why is Abe’s lips stitched up. I believe it’s because Abe is special. He has a destiny.

Oddworld Soulstorm is without a doubt the number one game that we at X35 Earthwalker are all looking forward to. Abe’s oddysee and Exodus were huge hits in the gaming world and certainly left a big impact on any gamers who played it. X35 himself and his family worked together on saturdays to tackle the puzzles in the game and save all the Mudokons. It wasn’t easy and we died many times but it was all fun. Abe made us laugh and the deaths at times were comical. This will change though as Soulstorm is confirmed to really get into the pain and anger that the Mudokons felt. A race pushed to their limits. The experiments done on them. The pointless deaths and mistreatment all in the name of business and profit. The Mudokons and have forgotten who they are.

Overall we are hyped as maximum possible for Oddworld: Soulstorm. The graphics from some images and the UI look great. No information on sounds or gameplay. If you have’t played the previous games then you should to get ready for what’s coming. Get ready for that Soulstorm. The developers ‘Oddworld inhabitants’ have done an outstanding job. No other game has gotten us this hyped this year. We at X35 Earthwalker are definitely getting this game when it comes. Oddworld: Soulstorm is worth checking out. Now Abe may be the leader of his people but even he can’t lead… the ‘Earth Walk!’