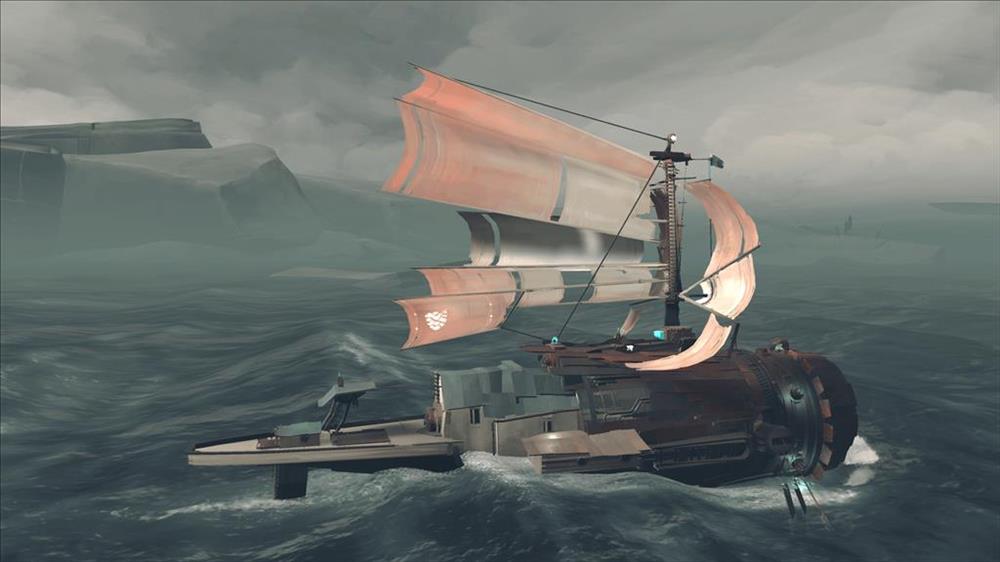 FAR: Changing Tides is all about a boy named Toe. No not Toe from Happy’s Humble Burger Farm. this boy finds himself in a flooded world. things are destroyed, abandoned and in some parts, not safe. It’s just Toe and his ship. You are the captain of the ship off course. Your objective? Finding a new home. This off course won’t be a simple or straight forward journey. 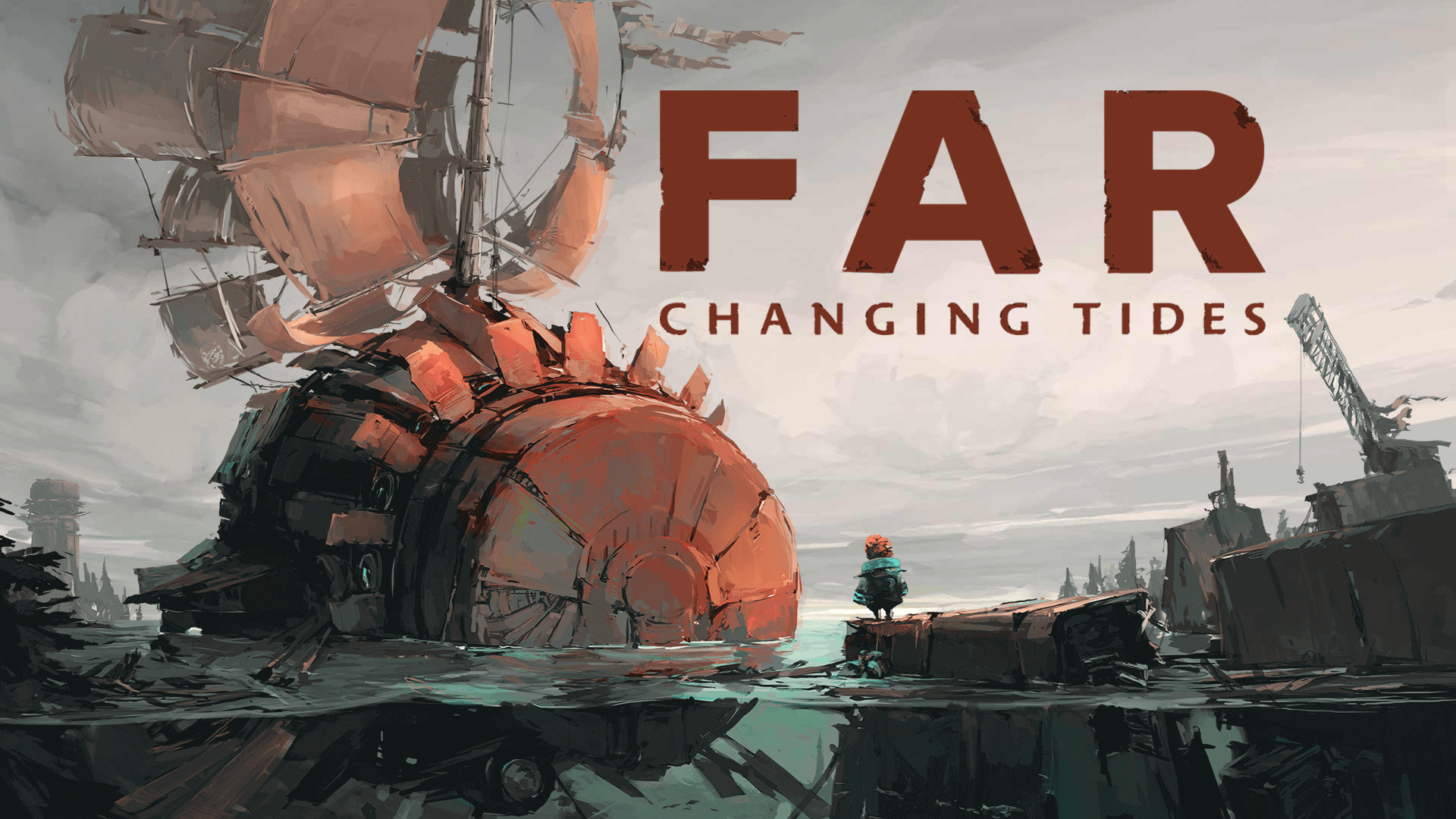 So expect a similar formula. There’s some water hazards like stormy seas. Your ship also has the ability to dive and go under water. This opens up a whole world of exploration. This world isn’t dead either. Ocean life exists and you can come across jelly fish and other creatures. We like the transition of being on the water surface to being under the water. Looks awesome. 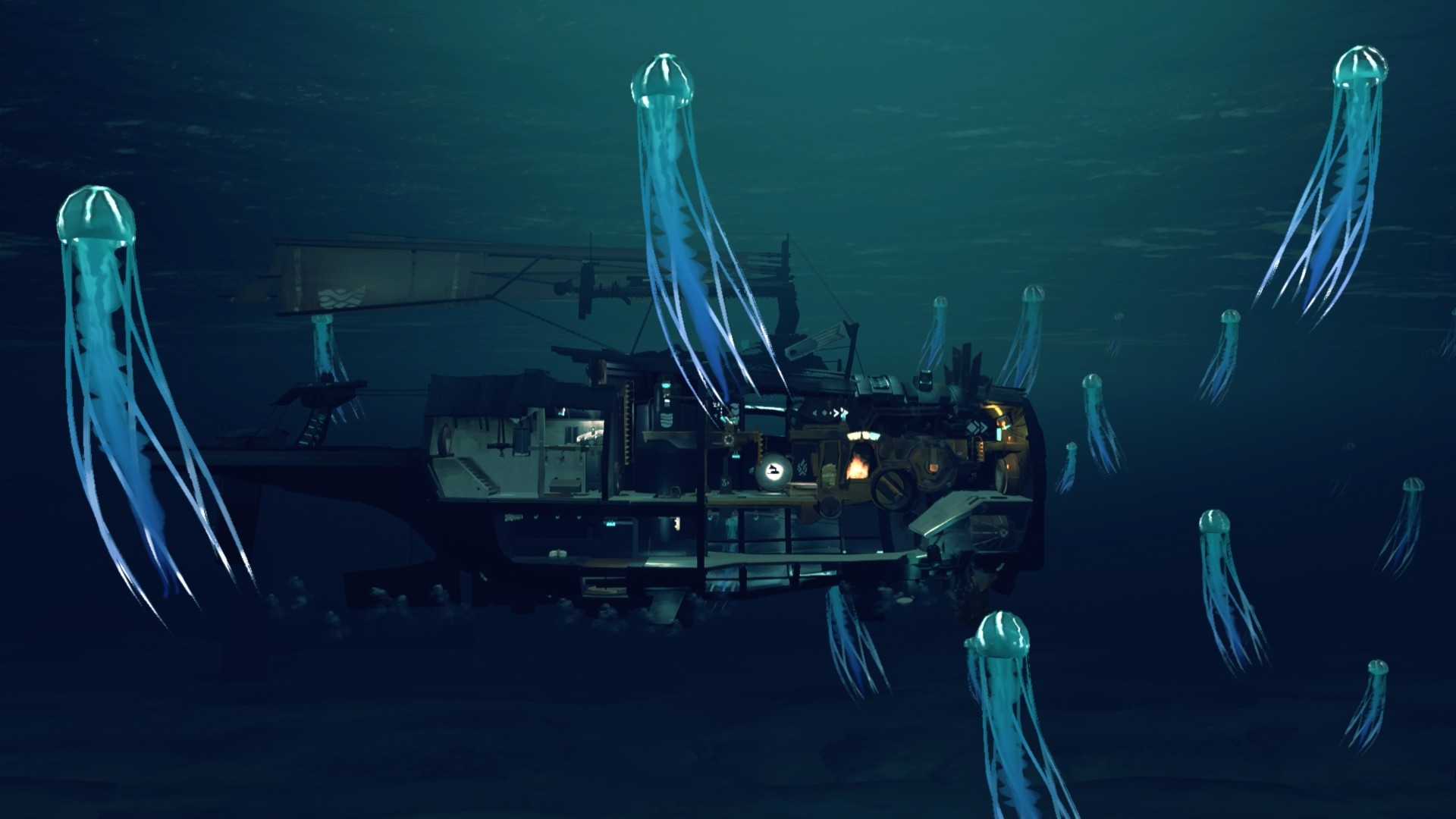 FAR: Changing Tides is an adventure of Toe and his ship. Maintenance of the ship is still a real thing. As your journey, you must find and unlock parts for your ship. fix your ship and make repairs where needed. As you progress you’ll learn a whole lot more about your ship and it’s abilities. So go light the furnace, raise the the mast and even hoist and angle the sails. Players are very much involved with what’s going on. 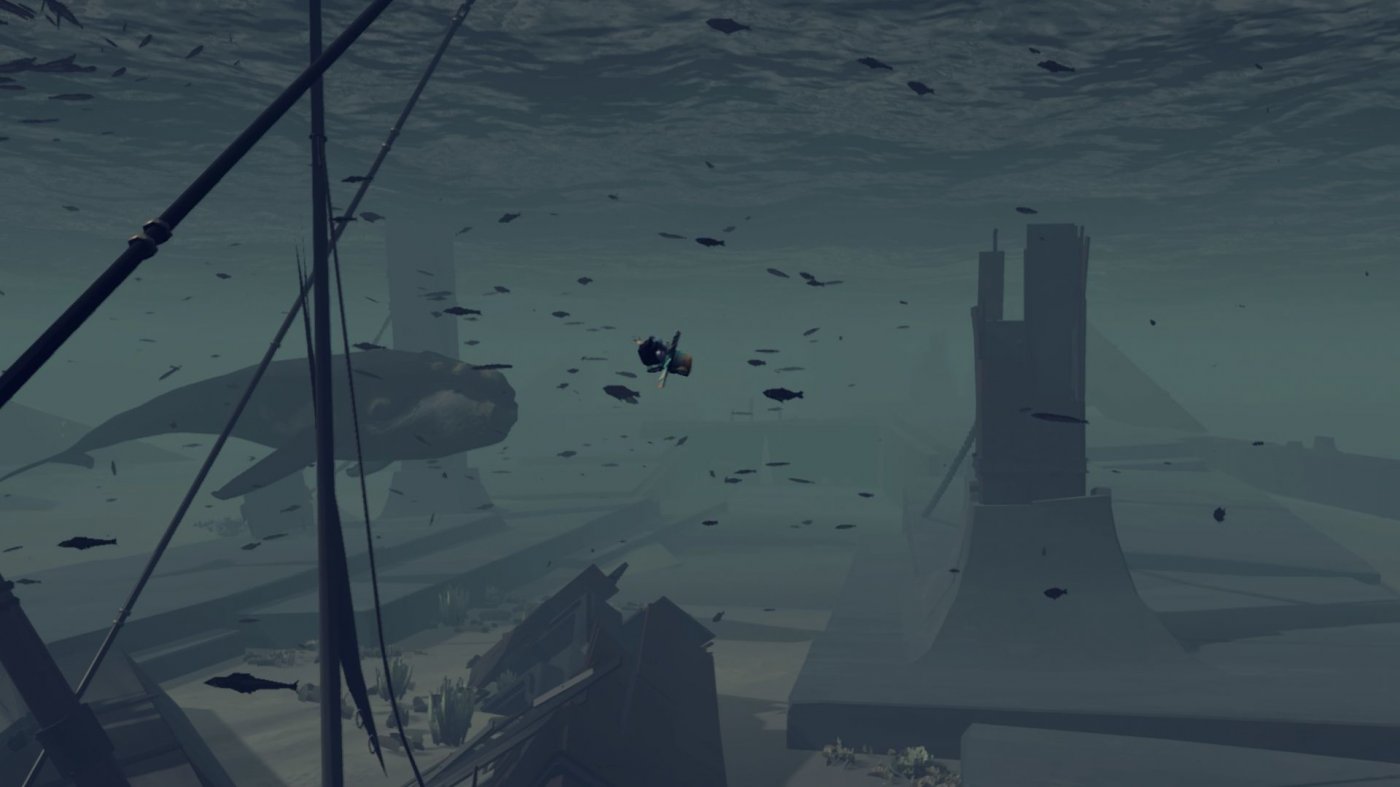 It doesn’t end there. In FAR: Changing Tides you have to go out of your ship and explore the waters by yourself too. Players will have to search the depths of the waters to find salvage and hopefully fuel. You put on some equipment and head on out. Even down there you see sea life too. We loved that the whale was there and it does look intimidating but it’s a cool moment and we hope to see more of that in FAR: Changing Tides.

We checked out some FAR: Changing Tides gameplay and it’s what we expected. It does look cool. We naturally prefer the water world over the desert as there’s more going on in FAR: Changing Tides. FAR: Lonely Sails had no life really, there’s no creatures or exciting dangers from like a giant creature or something. So it’s unfair but that’s what’s happening. There’s definitely puzzles for the players to overcome, along with the environmental hazards which we hope are real dangers and exciting.

Overall FAR: Changing Tides looks like a good game. Here’s what they said concerning the sounds and music, “A dynamic soundtrack reacts to player and environmental actions, amplifying key moments in the game and heightening the atmosphere”. We don’t see this being impactful but let’s see. We like the visuals and water. The jellyfish looked awesome, the whale was cool and the waters look fantastic. The animations are  excellent for the creatures too. The developers ‘Okomotive’ have done a very good job. X35 Earthwalker will have to see what FAR: Changing Tides, surfaces. Now FAR: Changing Tides may have a flooded world but it’s way too shallow for… the ‘Earth Walk!’ 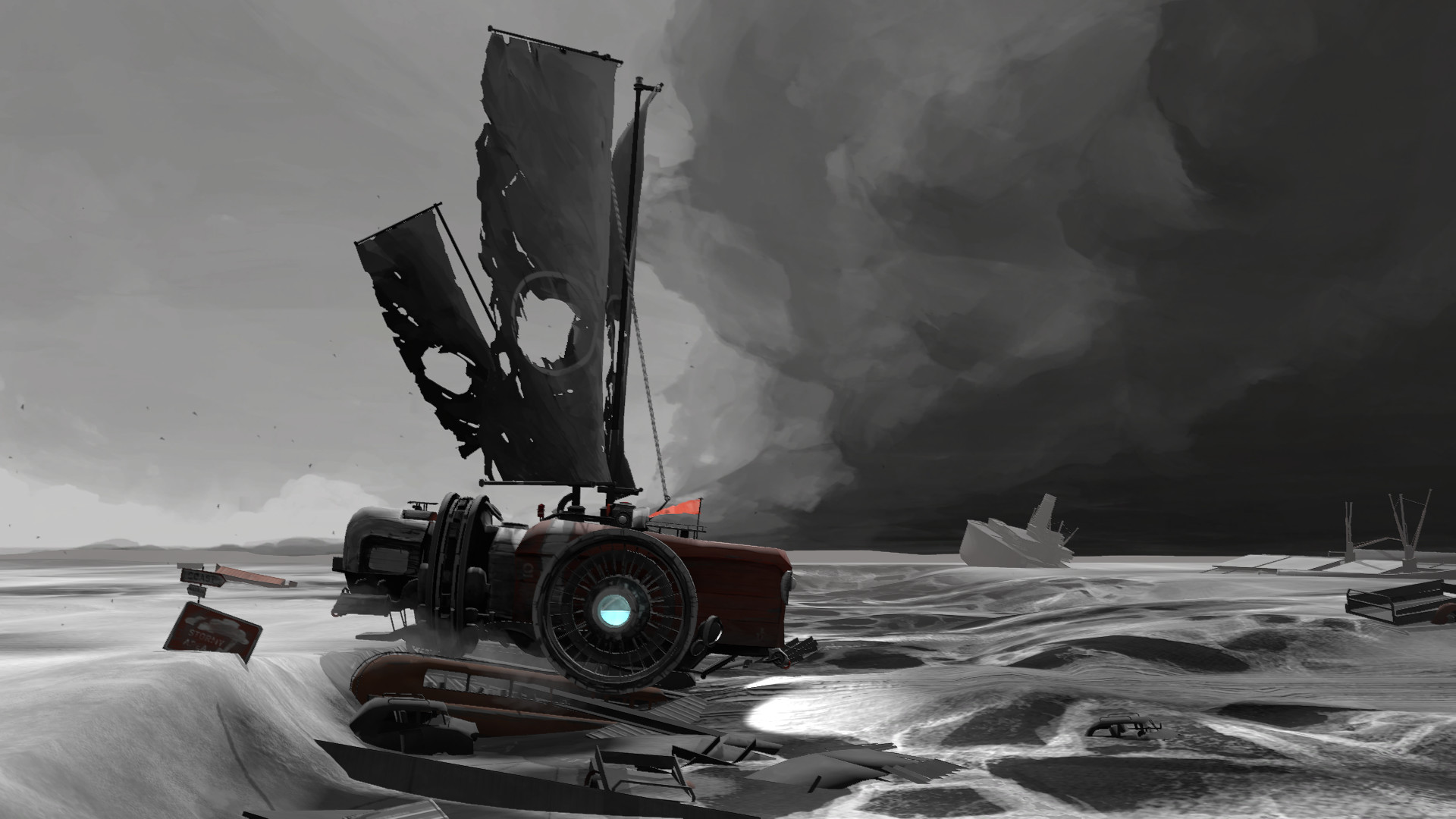 Far: Lone Sails is a new vehicle led adventure game developed by ‘Okomotive‘. It’s coming out somewhere later this quarter of the year on the PC but even later for the Xbox One and PS4. This game looks very different but how good is it. Let’s take a look.

Far: Lone Sails sounds quite simple. Basically you control and travel across an ocean but their a plot twist… the ocean has turned into a desert. Players are following tracks of a once flourishing civilisation. Who they are, where they went and what happened is not known. It won’t be a simple journey as there will off course be obstacles and worse hazardous weather. This means players will have to recognise what weather is happening and what must be done to the ship in response. This game sounds a whole lot more like a vehicle simulator than an adventure.

If you haven’t guessed by now, players can upgrade their vehicle to match and overcome the obstacles and natural hazards in Far: Lone Sails. As you continue this journey and get further along you will come across buildings and relics that provide information concerning the people or civilisation that the players are currently tracking. So basically creating a sense of progress and reward. 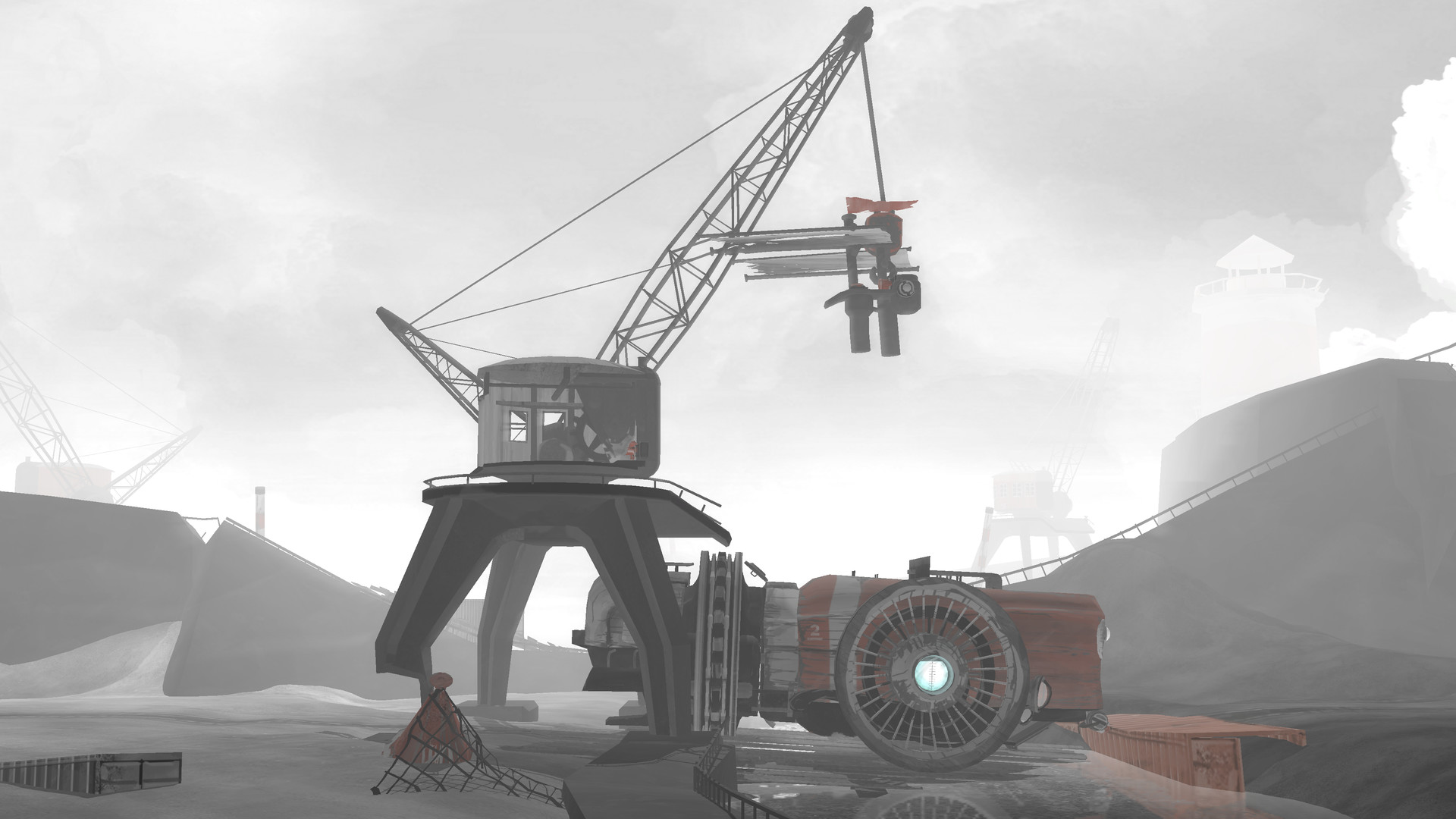 Now Far: Lone Sails is taking a different direction from everyone else. The scenery and surroundings look perfect for certain dried monsters to rise up and attack but this will not be the case here. Far: Lone Sails will have no monsters, no zombies, no rebels etc. Instead it’s just the player, their vehicle and probably the weather or ocean or whatever you want to call it. We at X35 Earthwalker appreciate this direction the developer are taking but so far we haven’t heard anything that gets us interested. We don’t need monsters and blood but so far nothing has caught us.

Vehicle maintenance is key here. You will have to put out any fires, repair any damages received.  and operate the whole thing yourself like raising and lowering sails, adjusting vehicle settings and more. The whole game looks very nice too. the details to the vehicle are excellent. You can see everything. Very cool. The background and visuals have a very nice art style. Giving some clouds that smoky effect. There is no doubt that a lot of work and effort went into Far: Lone Sails.

We checked out some gameplay and it’s a bit more than what we thought at the start but not that much more. You re a little person with a big vehicle which you control. Going from left to right. Slow movement, stopping to make adjustments and then moving on. Yes you can leave the vehicle to do stuff but your main key is the vehicle, never forget that. Again we have not been grabbed by this game. Is it interesting… yes. Is it exciting… no.

Overall Far: Lone Sails is a good game. It’s good when you look at it for what it is. No it doesn’t compare to Gears of war, Outland or Super Mario. It’s a totally different game and must be seen that way. We conclude that it is good. Only some gamers will like this type. The graphics and music are very good. The developers ‘Okomotive’ did a good job with this game. We at X35 Earthwalker aren’t looking forward to this game but we know others are. No matter how much you upgrade a vehicle it can’t keep up with… the ‘Earth Walk!’