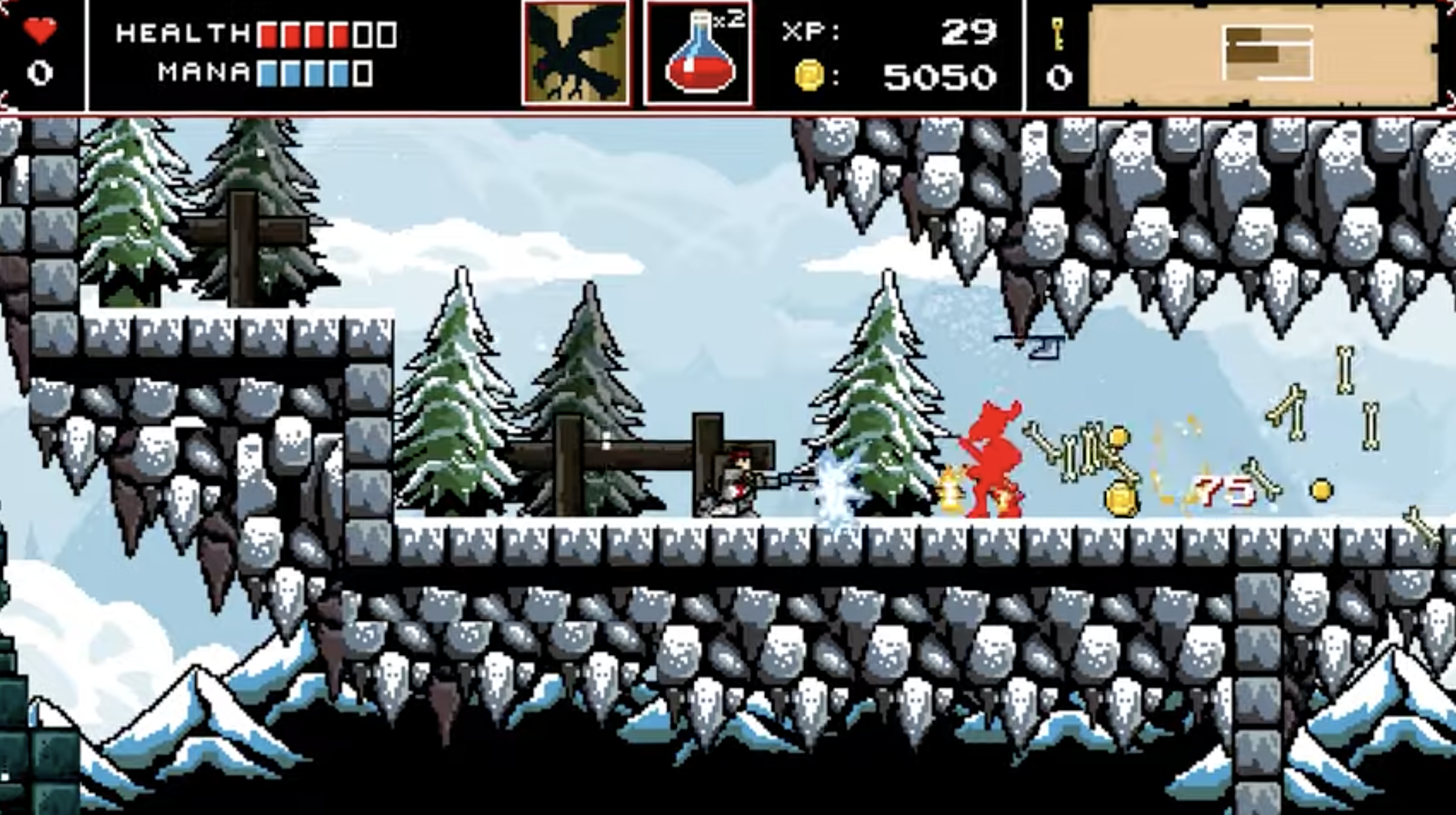 Infernax is a action adventure platformer game developed by ‘Berserk Studio‘ and published by ‘The Arcade Crew‘. Infernax is said to be coming out the 14th of February 2022 on the Xbox Series X, Xbox One, Nintendo Switch, PS4 and PC. Infernax is clearly going for that old school look and design. X35 Earthwalker is here. Let’s take a look.

The story of Infernax is very simple. You control a “great knight”. You finally return home. The city or town, whatever but things have changed. Your home is now “plagued with unholy magic”. So the town is cursed basically and there’s monsters, demons, horrible creatures and more. So all you got to do is find out what happened here and why. Uncover the mysteries of the curse. Oh and slay a bunch of enemies along the way. Told you it’s simple. Like an old school game. 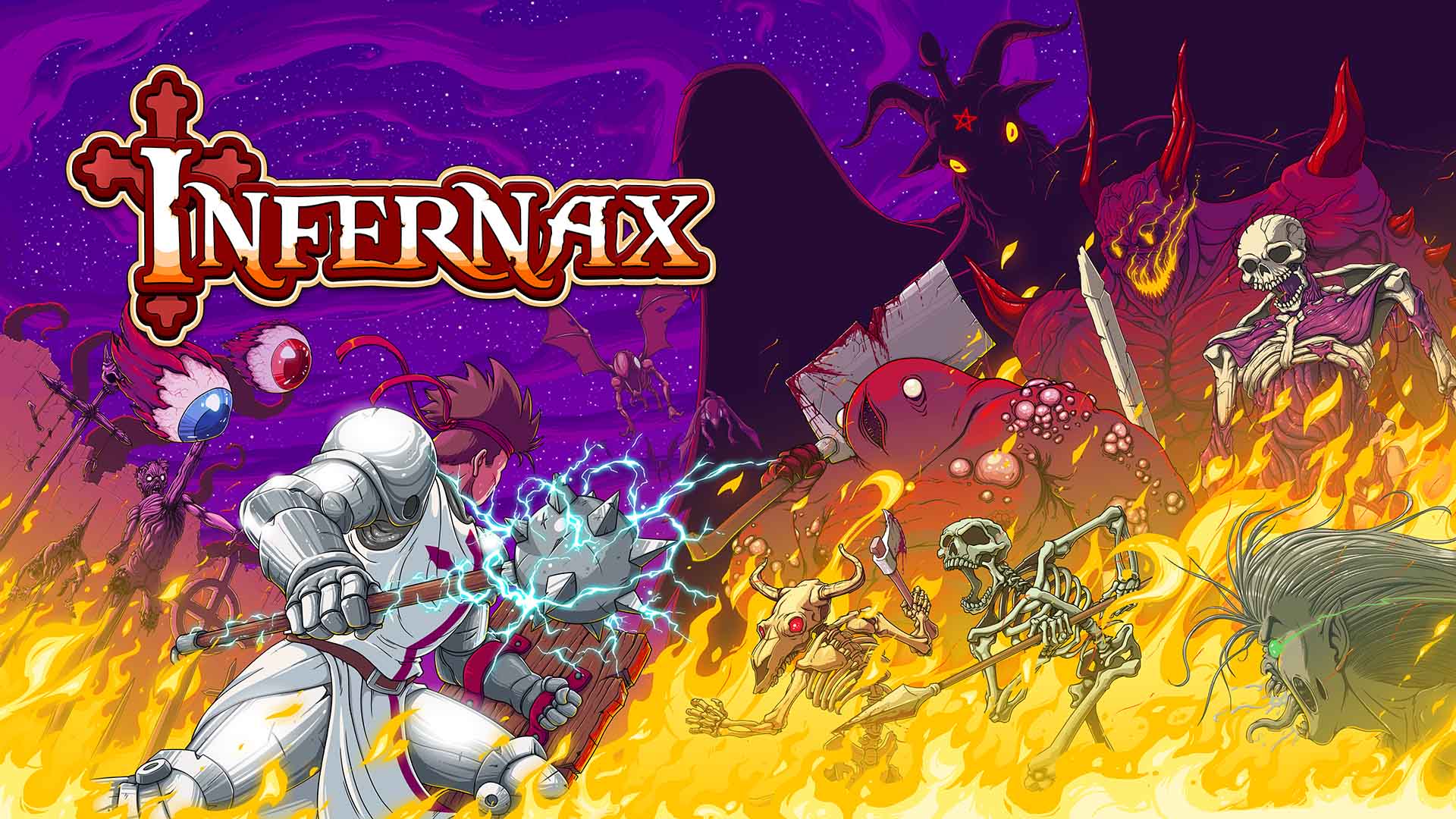 So let’s keep this simple, like the game. Infernax is pixel graphics and old school style. If you liked the old castlevania games then you should like Infernax too. You go up stairs, jump up or down, strike enemies, find items, get stronger and talk to living people. Now there are a few modern touches though like a levelling up system. Gain experience points and get stronger. 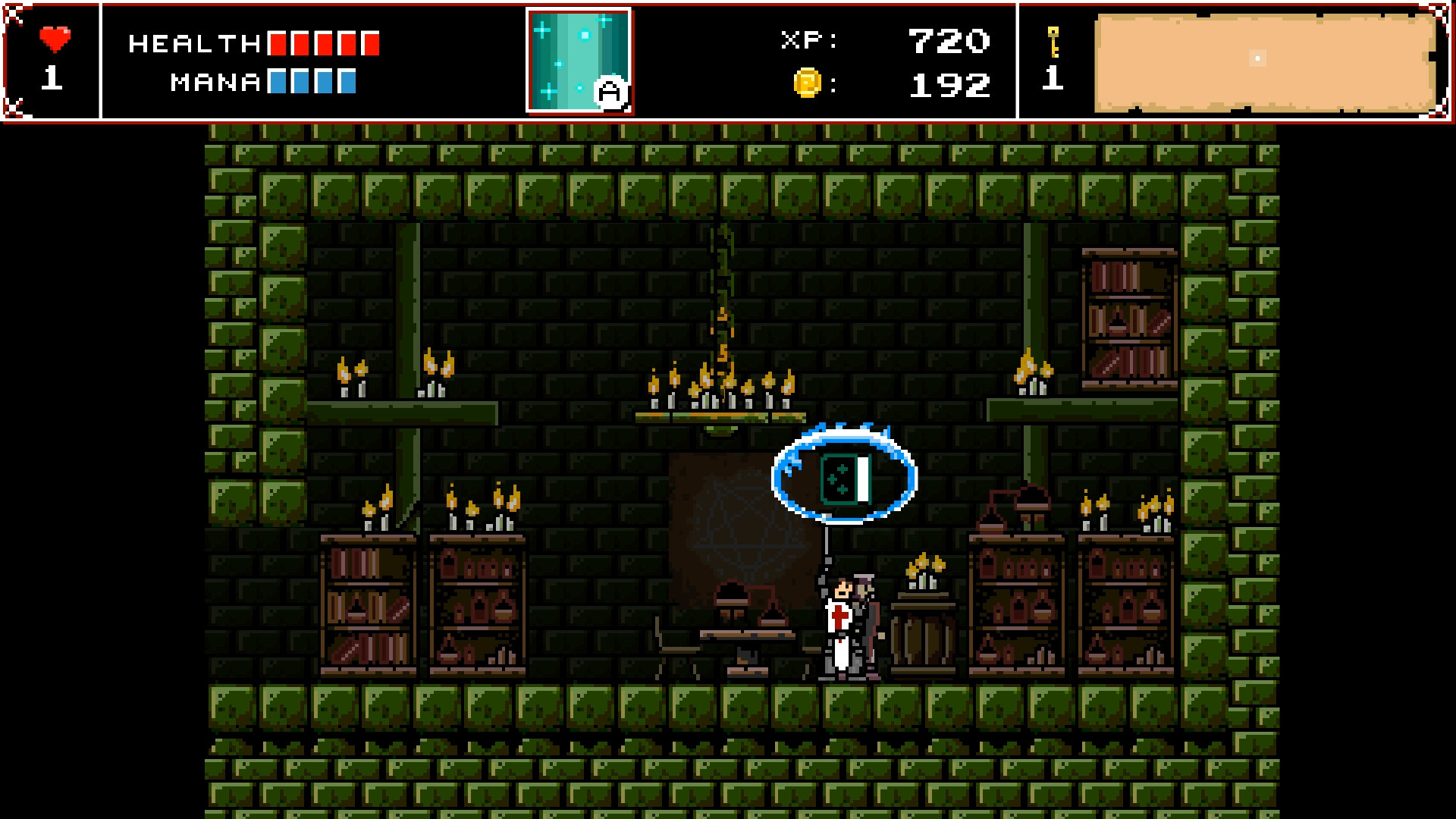 There’s said to be loads of treasures to collect. These treasures off course have their own effects. So find what works for you or works for the situation. Like Castelvania and Metroid there’s loads of secrets to be found, so start attacking walls and exploring every hole you find. There’s a day and night cycle as well. We would like to know more about the effects off day and night. Do enemies get stronger. do civilians come out only at day? We know there are people you can talk too. 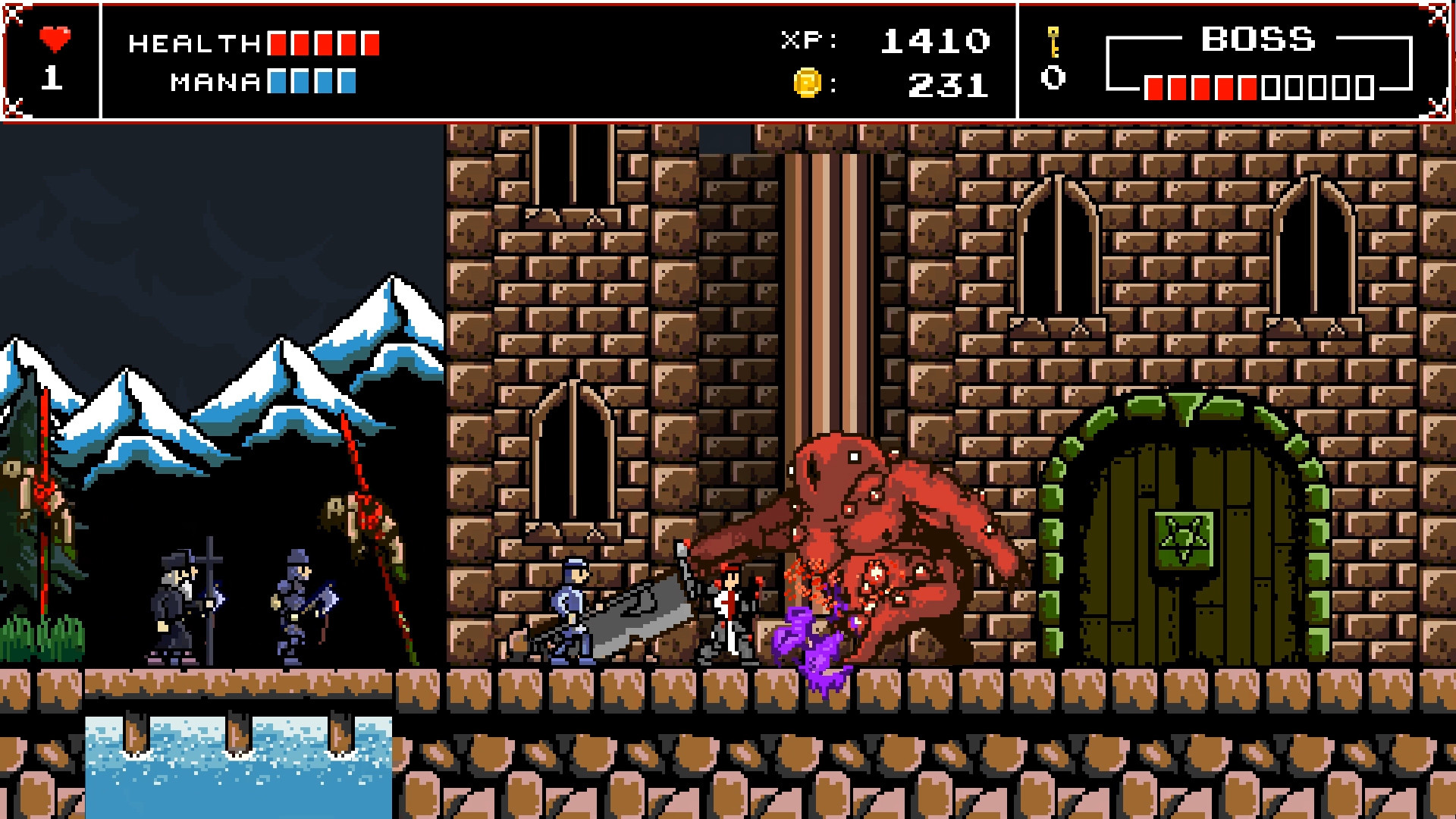 Remember those experience points? Yeah levelling up your character is essential. Why? There’s big bosses. Big bad monsters. Bosses wielding weapons. Monsters wielding magic and special abilities. These Boses have visible health bars and clearly going to take a real fight to put down.  there’s shops as well where you can get useful items and upgrades. Just don’t forget too talk to the towns people, survivors and stuff.

We checked out some Infernax gameplay and it’s exactly what we thought it would be. Old school, pixels and smashing monsters. We do like that there’s multiple endings and they are based on your choices. Like whether letting that fat guy in the cloak stay or expelling them. We vote for getting rid of the evil. They might seek revenge though, so can we get the option to kill them please?

Overall Infernax looks like it’s going to be a good game. Simple old school with some modern touches. The bosses do look quite low grade to us. We aren’t scared or impressed. We also think the special effects are not exciting enough. The developers ‘Berserk Studio’ have done an alright job so far. We at X35 Earthwalker aren’t impressed with this game but we know there’s gamers who like this style. Now Infernax may have unholy magic plague but that’s not a problem for… the ‘Earth Walk!’