Hot Wheels Unleashed doesn’t need any explanation really. We all should know what Hot Wheels is. The racing car toy brand. They have many cars, released many tracks and the like. Many children were excited for Hot Wheels. Having the cars jump across tracks, go down big hills, go too fast around a corner and fly off the tracks and more. Basically it’s a video game now. Players can control the actually toy designed cars and race in Hot Wheel designed looking tracks. So yeah, you should know what to expect now. 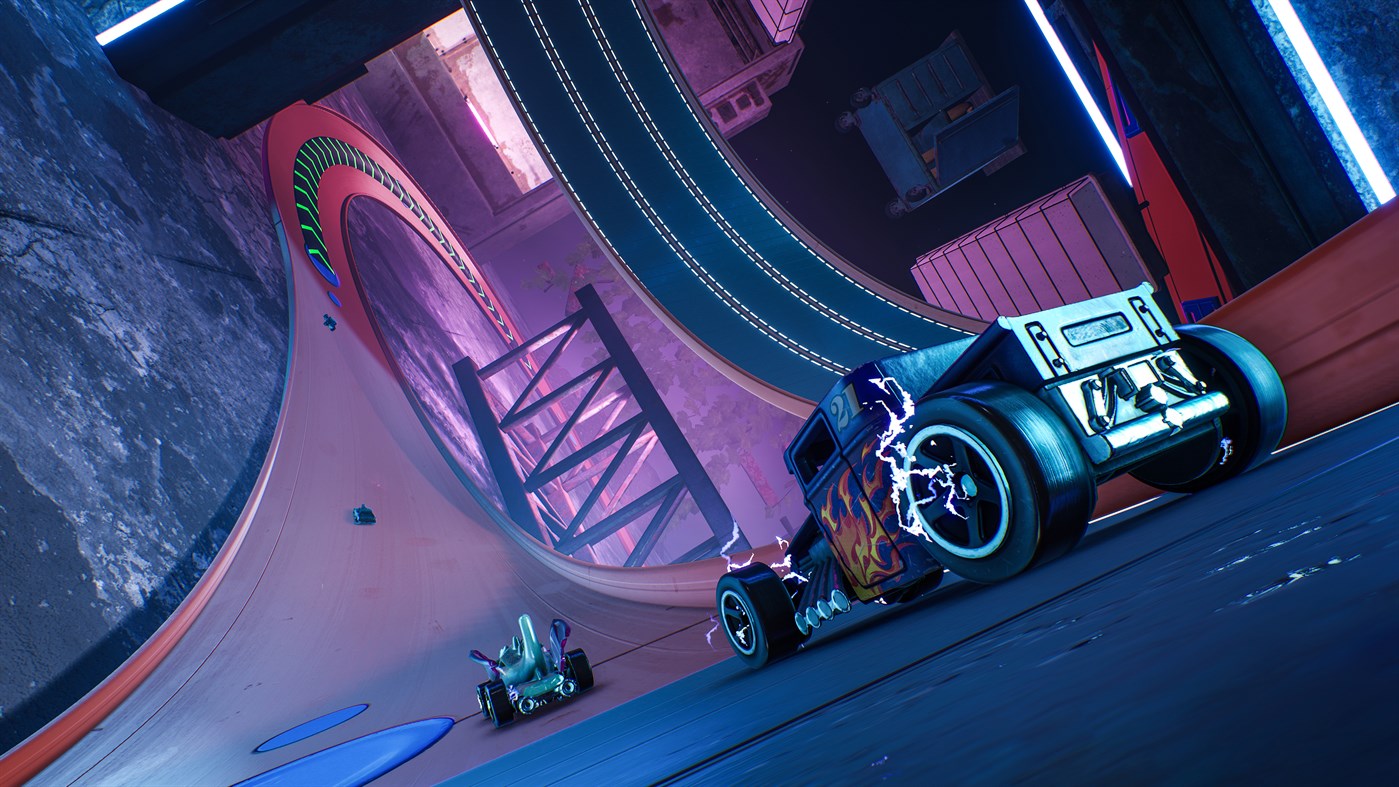 What’s really good about Hot Wheels Unleashed is that players can build their own tracks. If this feature wasn’t in the game, we would not pay any mind to this game. Building your own tracks had to be in Hot Wheels Unleashed. The tracks can even have Hot Wheels styled features and props. You can have mechanical beings like giant spiders and even a dragon head that can hinder the other racers by either trapping them in sticky web or crushing them in their jaws. So these tracks can get real crazy.

We checked out some Hot Wheels Unleashed gameplay and it’s what we expected. When building  your tracks, everything in the environment can be a part of the track. Stage objects mixed with track modules brings new possibilities. There’s split screen multiplayer. Two player split screen is a thing but you can also face up to 12 players in line races. So the action is definitely available here. We like that there’s drifting to handle those corners. The overall speed of the game seems to slow though. Maybe their target audience is primarily children and youngsters so they don’t want the game too difficult but the speed looked lame to us. There does look like there’s drift speed boosts and a lot of speed pads to make you go faster but it doesn’t look like much of a speed boost. We will have to wait and see. Yes we are aware it was pre-alpha footage so it can change. We hope it changes.

Overall Hot Wheels Unleashed seems like a good game so far but nothing special or great at all. We need to see more. This could be a real cool racing game. We need loads of environments like race tracks over the ocean and have the backgrounds and environments alive with creatures and nature etc. They might be going for the racing at home feel like with the actual toys but we need that creativity. The developers ‘Milestone s.r.l‘ have done an alright job so far. We at X35 Earthwalker will have to hear what Hot Wheels Unleashed can do. Now Hot Wheels Unleashed may have actual toy cars but it has no effect on… the ‘Earth Walk!’