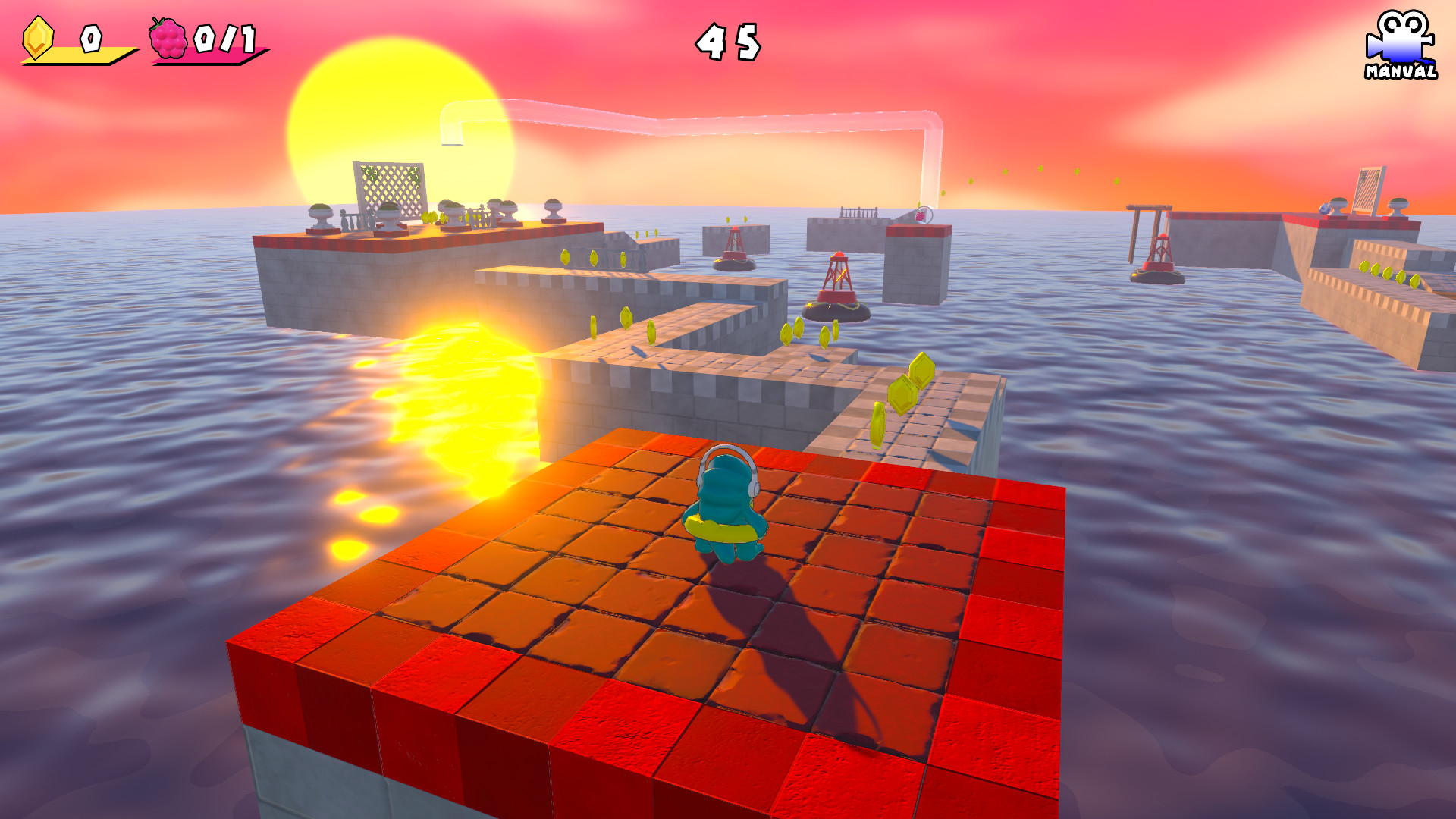 Super Sami Roll is 3D platformer game developed by ‘Sonzai Games‘ and published by ‘X Plus Games‘. Super Sami Roll is said to be coming out the 9th of January 2022 on the Xbox Series X/S but it’s already released on the Nintendo Switch, PS5 and PC. Super Sami Roll definitely reminds us of something and it’s good to see someone try this and hopefully do it well. Cute characters and quite an adventure up ahead. Let’s take a look.

Super Sami Roll is all about a big rescue mission. Sami is this small lizard but looks more like a relative of totodile from Pokemon with the head of a gible. Combine totodile and gible and you have Sami. Cute creature. Sami is trying to save Vera. Vera looks like a squirrel but can spread her arms to stretch out skin to be like a parachute and fly. We hereby declare her a special squirrel. So yeah, she’s special. What she really is, doesn’t matter now. Now by looking at this game you would instantly think of Super monkey balls. Super Sami Roll, Super Monkey balls. Yeah. There are rolling physics based movement too, so players will need to get use to that. We also thought of Super Mario sunshine and oddysee. 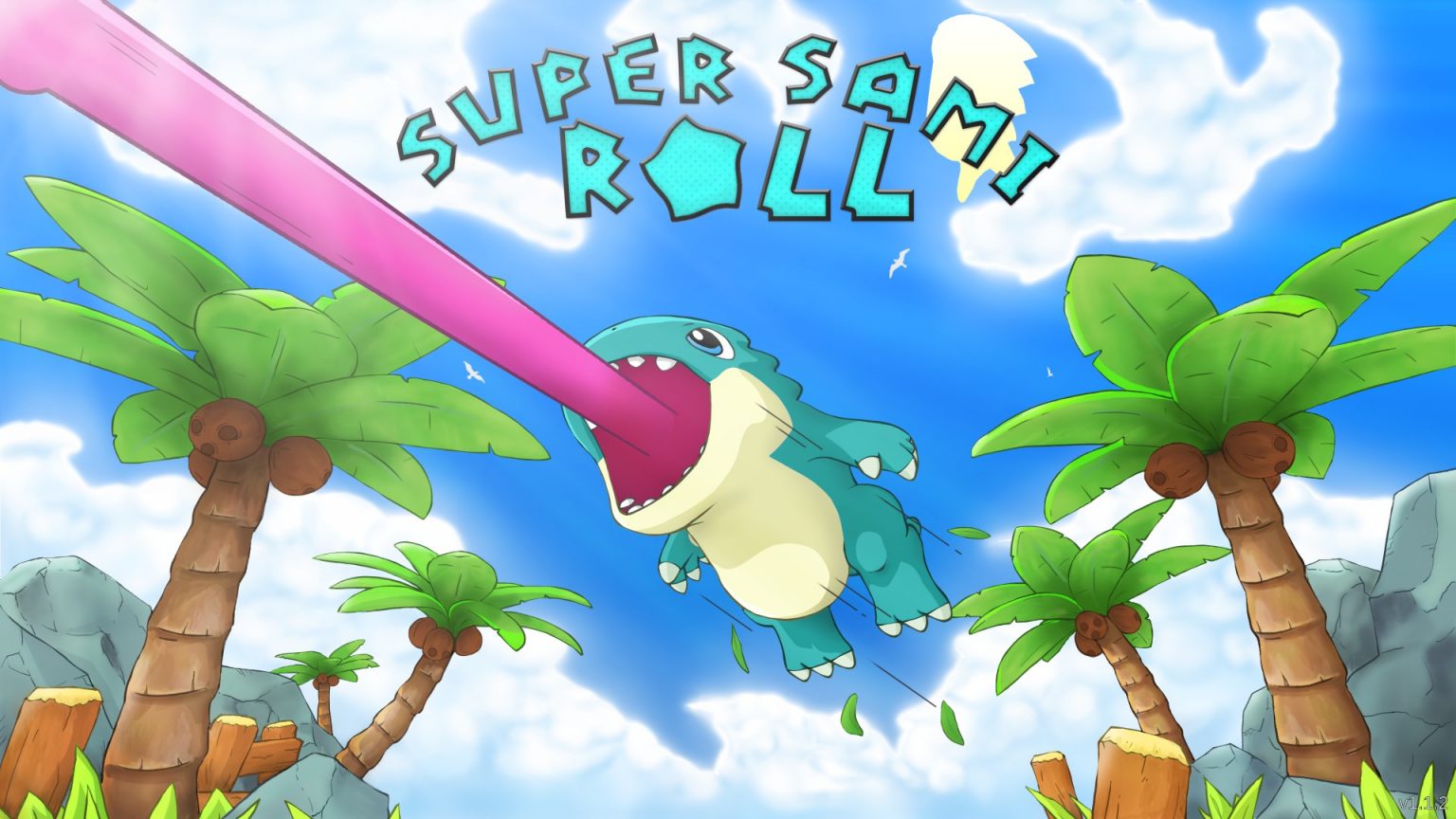 So there’s the straight up run, move, jump and platform around. There’s also the rolling around part where the physics really take effect. Sami can also use his tongue as a mobility tool. He can latch on to things to pull himself in the direction, get over thing, make big jumps, etc. The worlds you platform and get through are very colourful and cool looking. They range from deserts, green fields, Icelands and even a volcanoe. Just take a look at these levels. They scream those mini stages in super Mario sunshine. It’s floating platforms and islands that you jump, leap, run and tongue across. It’s platforming for sure. We wonder if there are power ups and upgrades for Sami or new forms of mobility for Sami himself.

He can fast roll like sonic too. Sami has quite the skill set righty now. Things get better though. You can customise Sami too. Unlock items like hats, an ankh, pirate hook, spelunker hat and more. So your Sami can be your own. There’s nothing complex here and Super Sami Roll seems like a very easy game. Too easy. There’s also a multiplayer mode in Super Sami Roll. The multiplayer is like the Super Monkey balls multiplayer. There are levels for players as balls to navigate and reach the end. What’s better though is that you are all playing on the same level at the same time. Even the introduction t the levels in Super Sami Roll is basically the same as Super Monkey Balls. The camera has a rotating view of the level before going right to the start to begin. 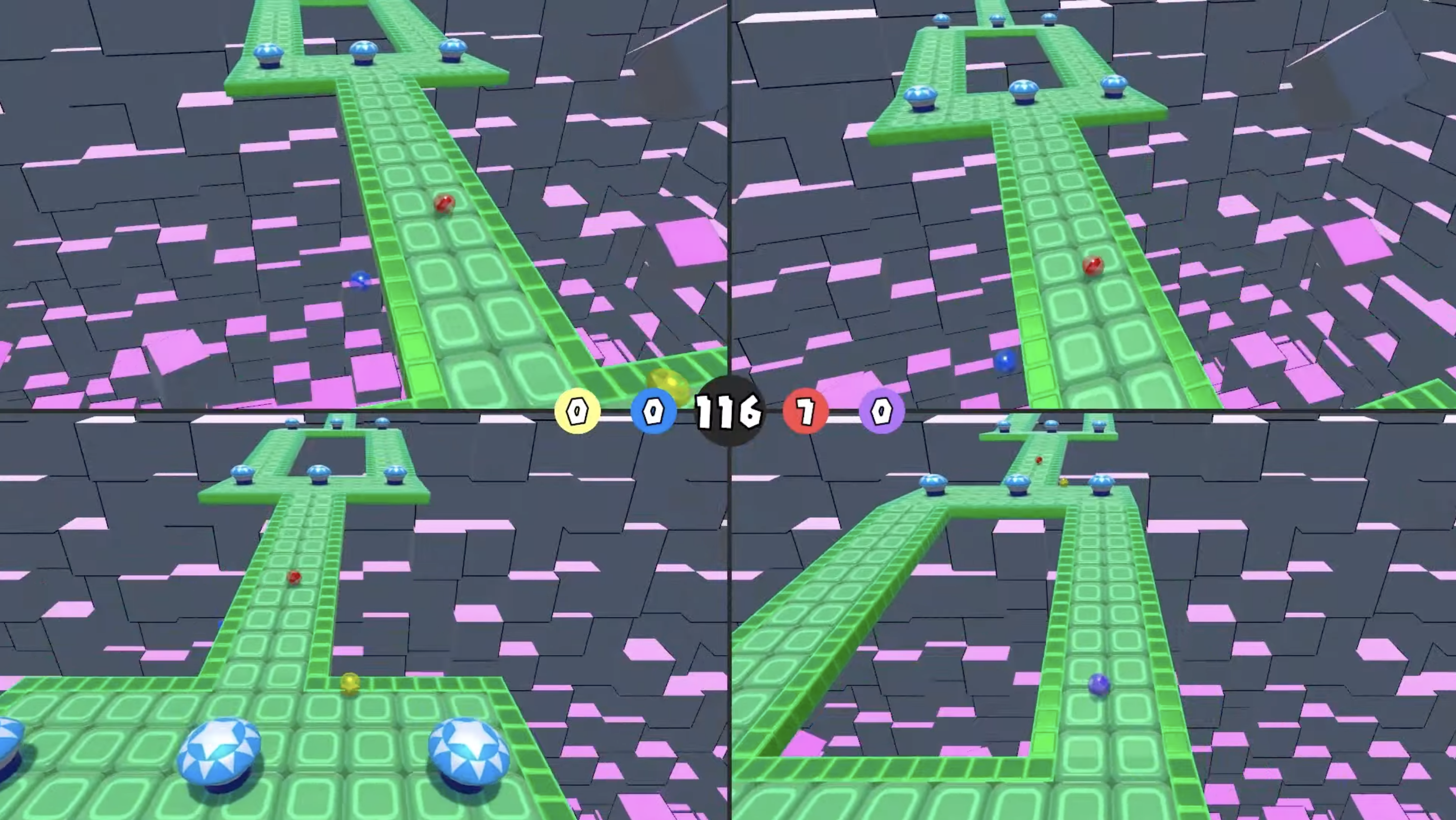 We checked out some Super Sami Roll gameplay and it’s what we thought it would be. It’s a very cute game. The enemies look more silly than actual threats. There’s a variety of enemies.from those that act like traps, to those who chase you if you get too close. The enemies suit the environment they are in. Ice area has an enemy who pushes a big snowball around. A dark forest like area has a vine type creature that can be used for platforming. Super Sami Roll is said to have multiple secrets and even some unlockable modes. Unlockable things are good in video games, something that many modern games have forgotten about. Sami Super Roll looks like it’s got a good amount of stuff going on. How big the levels and worlds are, we aren’t sure.

Overall Super Sami Roll looks like a very good game for sure. It’s clearly got some inspirations from the good games we mention. There’s big colourful levels that look real cool. We like the cute characters and what this adventure looks like. We like that there’s multiplayer. It just looks like a fun nicely polished game. The developers ‘Sonzai Games’ have done a very good job with this game. We at X35 Earthwalker will keep an eye out for this game to see what’s up. Now Super Sami Roll may have rolling physics but those do not apply to… the ‘Earth Walk!’