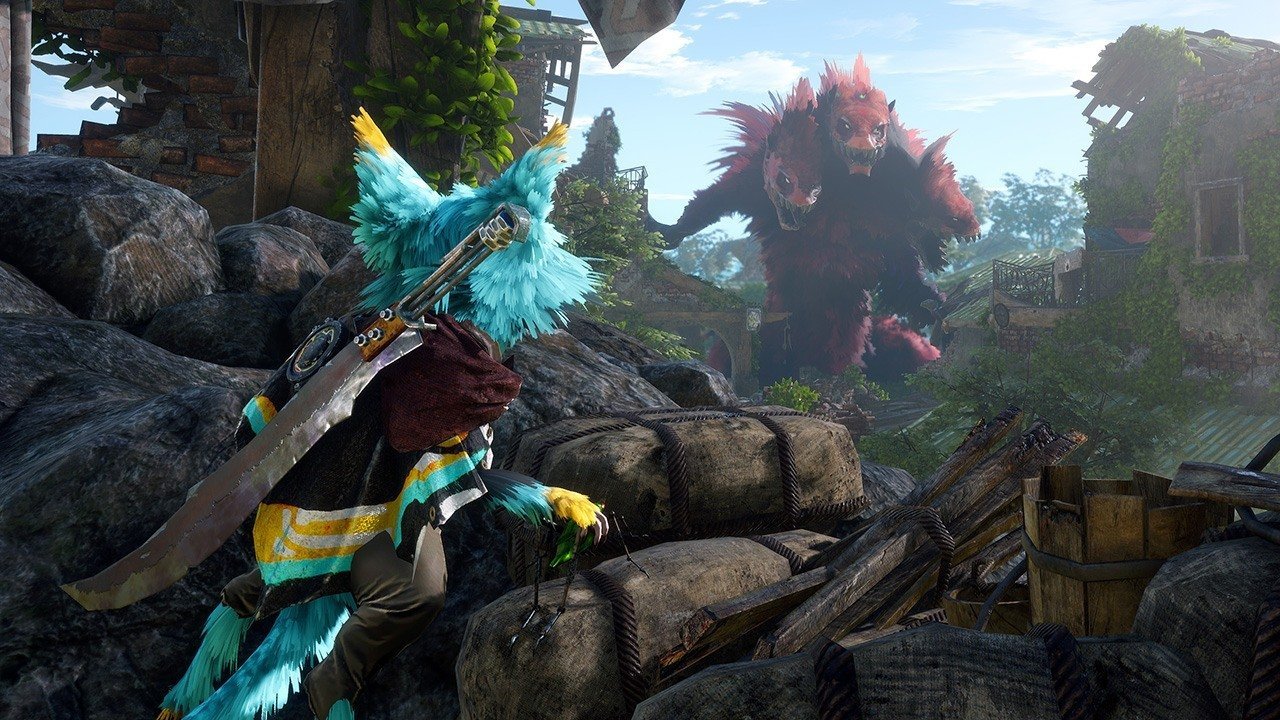 Biomutant is a new third person combat, action, open world RPG developed by ‘Experiment 101‘ and published by ‘THQ Nordic‘. Biomutant is said to be coming out in the second quarter of 2019 on the Xbox One, PS4 and PC. This game certainly stands out from everything else at the moment. Let’s take a look.

Not a lot is known about Biomutant right now. Concerning the story we know that there is a tree. Not an ordinary one. It’s called the tree of life (once again getting their ideas from the Bible). This tree is for some reason bleeding death from it’s roots. A plague is also on the loose and it’s negatively effecting everything, including the land. There are different animal tribes and are currently not in agreement and against each other. So it’s up to one, the player to solve this. Either unite everyone or put everyone down. 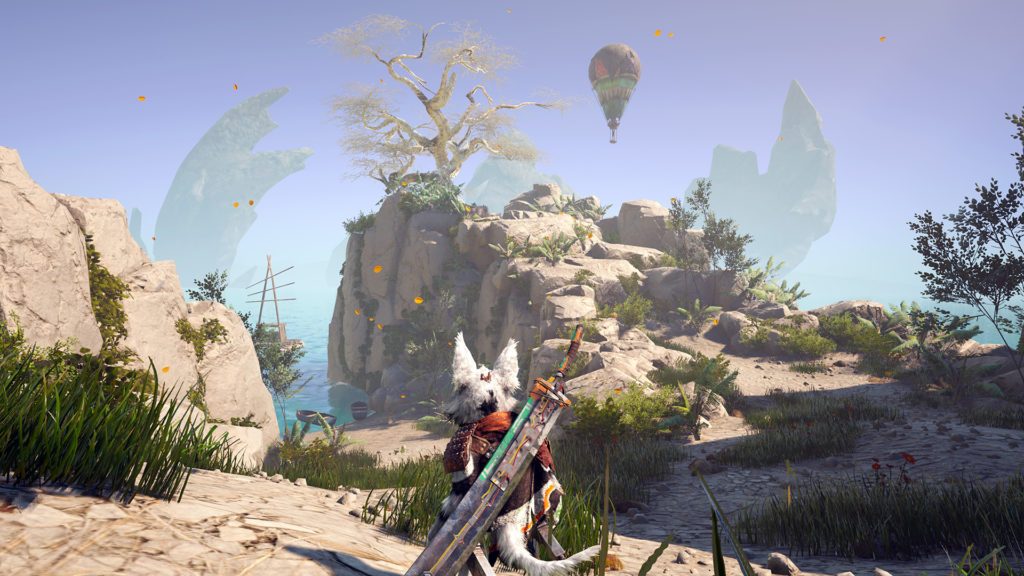 Now since Biomutant is a open world game players will assume there are ways of traversing the world. There is. Players can get around by foot (off course), jet-ski, mechs and even a air-balloon. Interesting since the game is set in an post apocalypse world. There are more methods of travelling like mounts but you’ll see for yourself. There’s more to this world than what you see. There is more under the planet surface and even high up. There are mountains to climb, tunnels to explore, the wildland which has seen better days, bunker networks and even an archipelago which looks cool by the way.

So if it isn’t clear by now, players will need to be big on exploration in a game like this. Biomutant has a lot to do. First of all you have to learn what’s happening with the tree of life, handle the plague and deal with the tribes… but wait… there’s more. There are more mysteries to be solved, probably concerning the inhabitants. There are certain characters for you to find and meet. Some creatures need to be dealt with and discoveries to be made. The players action are said to play a part in the story, a major part. We have heard this all the time. Most games don’t do a good job at handle the “actions and decisions effect the story” system. We hope Biomutant can do this well. By the way, the story will be told through a narrator. 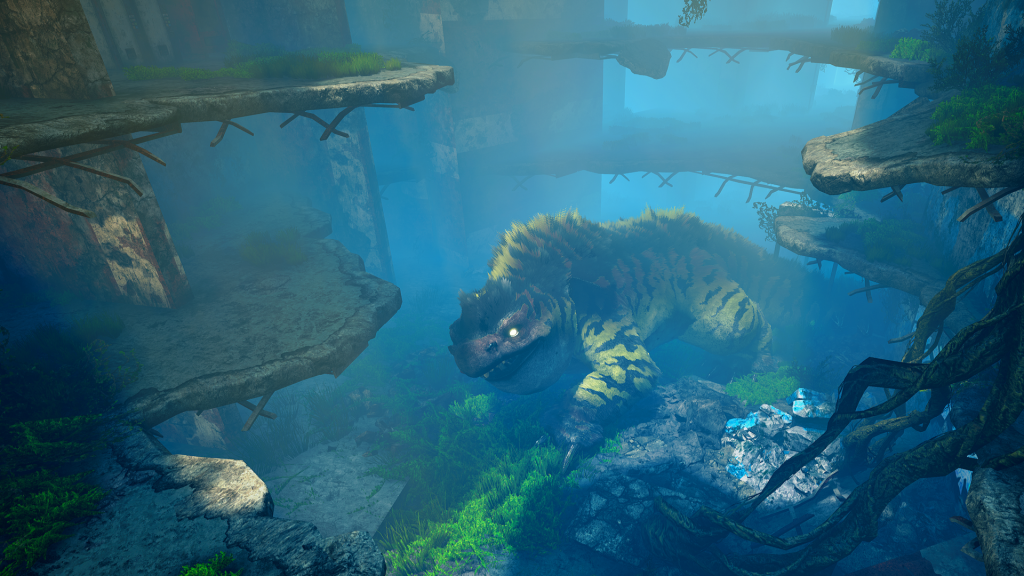 Biomutant does remind us of Metal Gear Survive in one very particular way. Areas that require certain equipment for the player to explore safely. In Metal Gear Survive you had the dust which was toxic for humans and you need an oxygen tank to temporarily survive. In Biomutant, players will need an gas mask and oxygen tank in order to explore the Dead Zones. Equipment is very important in this game. Players can equip protective hazard like gear to protect from bio-contaminated enemies and substances. You can even equip thermos-resistant clothes to handle those really cold areas. So the kind of gear you equip and wear is completely up to you but it makes a difference.

Biomutant wants to keep things new and exciting and here’s how. It’s third person combat and there’s some good emphasis on mobility and agility. You can move how you want and that’s how it should be. Combat is a mixture of melee, shooting and even powers and abilities from your mutations. The melee is martial arts. Your character can learn new Wushu combat forms through natural progression or from master fighters. Some make sure you know some kung-fu. Decide when to get up close and beat your enemy down and when to get some distance and range down the pain. We are looking forward to seeing how they mix these things together. 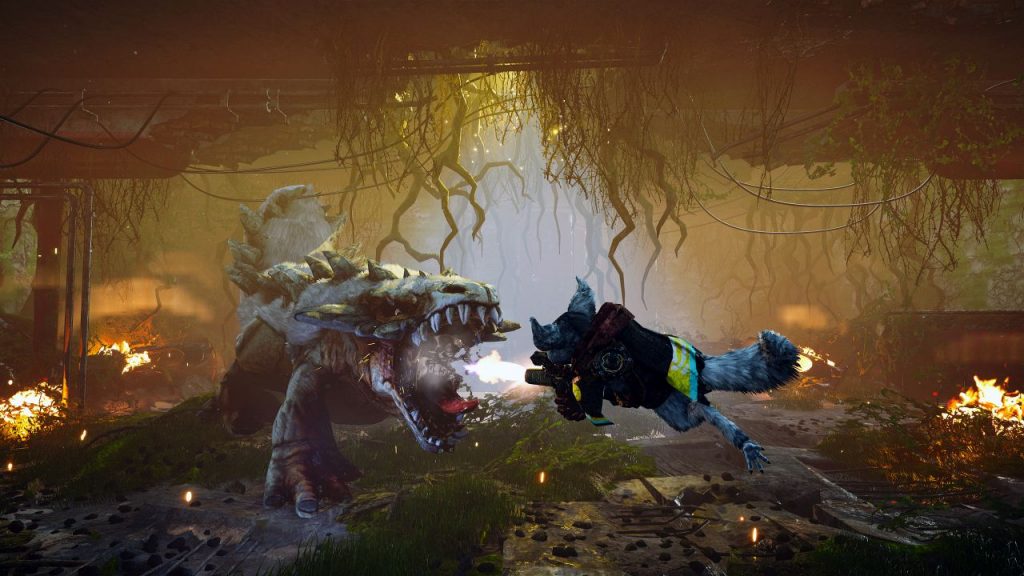 If you was paying attention you would notice that we mentioned mutations. Your character is able to have his genetic structure re-coded. This will off course effect many things. For starters how you look will be different. Your attributes will be affected. If you receive exposure to radioactivity like the kind found in bunkers you” experience psi-mutations, your mind will be affected and you’ll learn abilities like elevation and telekinesis. If you get exposed to bio-contamination that will cause physical mutations like getting a barbed tail or even mantis claws. So there are many ways to develop your character.

There is crafting in Biomutants too. Developers claim players are “totally free when crafting weapons”. You can craft guns like shotguns, revolvers and rifles (off course). Craft melee weapons, whether they be heavy melee type, or sharp like slashing and piercing. You can add different parts to add modifications like a battery powered chainsaw (Gears of war inspired) and go even further with bio-contaminated sludge vials. We did say players should explore, as you may encounter a character who might  craft some stuff for you. These things can include, a jump pack, bionic wings (sounds awesome) and even upgrade your automaton.

We checked out some gameplay and from what we can see, things look great. The graphics are very good, the world and areas look really interesting. The sounds are just good so far. The different animal mutant enemies don’t look so tough. The customisation and outfits your character can wear are showing some good variety right now. The giant monsters look like a real problem though. So far we are seeing high potential with Biomutant.

Overall Biomutant seems really good. Not much information on the main character though. This open world looks like players will have lots to do. We hope the creativity expands more. More interesting mutated animal enemies and a good amount of super dangerous enemies that players can’t face in combat. The developers ‘Experiment 101’ did a very good job with this game. We at X35 Earthwalker look forward to seeing what Biomutant fully has to offer. Now Biomutant may have some kung-fu but their skills are nothing compared to… the ‘Earth Walk!’