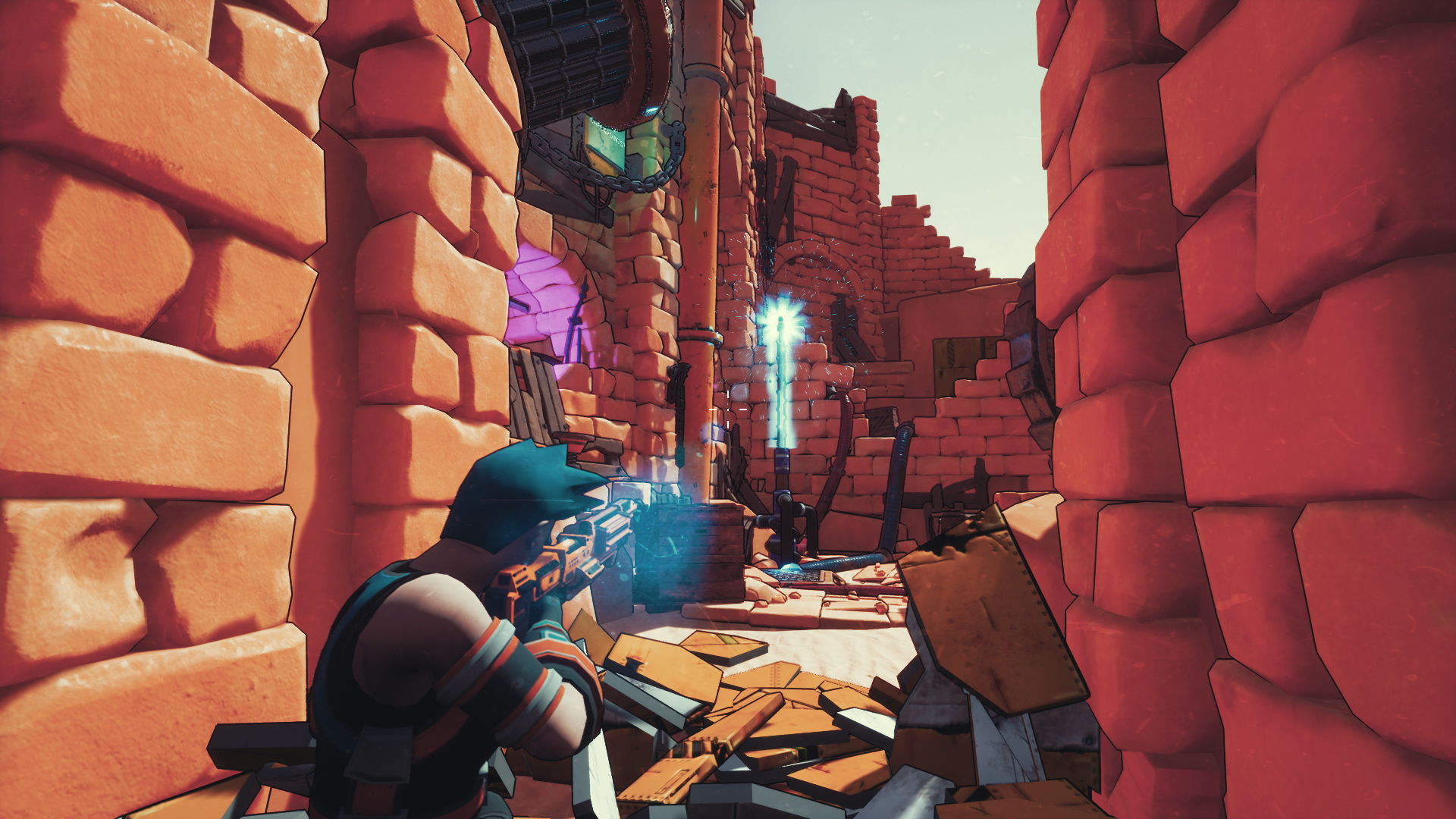 Crazy Justice is a new third person shooter game developed by ‘Black Riddles Studios‘. It’s coming out later this year on the Xbox One, Nintendo Switch, PS4 and PC. There is lots of information on this game and it was successfully funded by gamers, more than passing their required amount. Let’s take a look.

Crazy justice, straight way from the character design and graphic style, should remind many players of another game. Maybe Fortnite… Now not much information is given concerning the story but we do know that players control a character who is out to stop the forces of evil, like every other story. You do this by activating hidden Tesla coils. Don’t ask us why. This all however cause some major issues in the world, lots of chaos. The enemy is the steampunk horde. Crazy Justice aims to deliver an entertaining action packed story. The main focus of the game is actually the multiplayer.

As you play you will collect items and even win items too. Find new heroes, collect special weapons. There is character customisation and players can construct their own skill decks. In the final version of the game, players can battle it out with their character on five different maps in five different game modes. Games like this have one thing in common… continual expansion. Gamers should expect additional content and downloads coming to Crazy Justice to add more to the game. 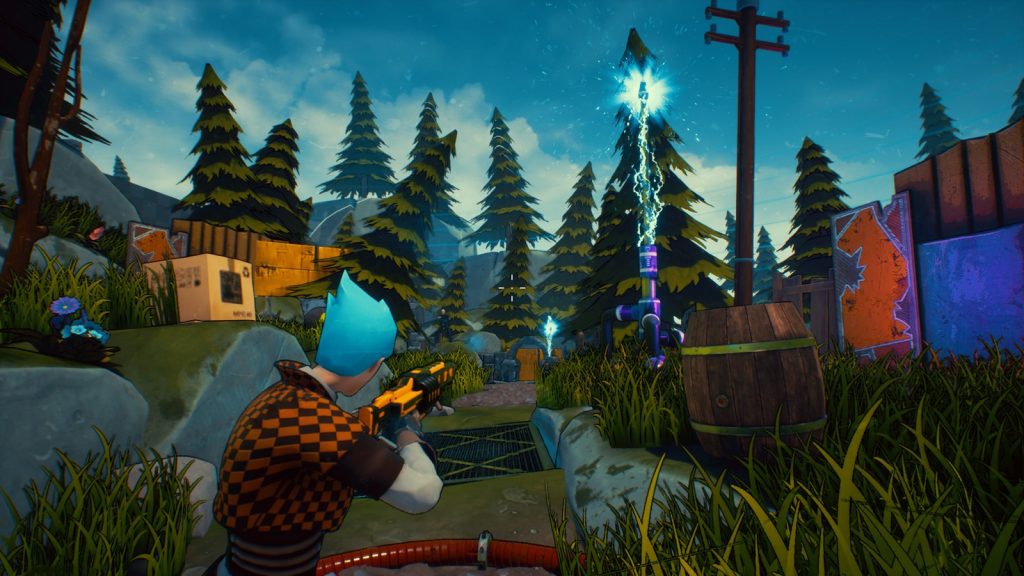 The multiplayer game modes are very different to each other. ‘Survive the Tesla’ is where there is a Tesla coil in the middle of the map. it’s generating a shield. As players battle and kill each other, that shield gets smaller and smaller until the max limit. If you are out of the shield, you die. Simple right? ‘Survive’ has 6 sectors. Over time each sector one by one will be destroyed. Players in that area must run for their lives. Lastly everyone will be in one sector to settle the score once and for all. ‘Protect the Tesla’ is two teams facing off against each other. Both teams have a Tesla to defend and it’s surrounded by a fortress, which can be upgraded if players have the right amount of materials. Build traps and other defence systems to help. Whoever destroys the enemy Tesla or has done the most damage wins.

Crazy Justice did something right that many games have done wrong. The biggest offender of this is off course Halo 5 Guardians. Crazy Justice supports local splitscreen multiplayer. Players can even connect an external controller, allowing for some great gameplay with friends.

It’s clear that the developers of Crazy Justice got some inspirations from others game, which is a good thing and learnt from other games too. For example all the maps in Crazy Justice have both high and low cover for characters to hide behind and fire from. just like in Gears of war. 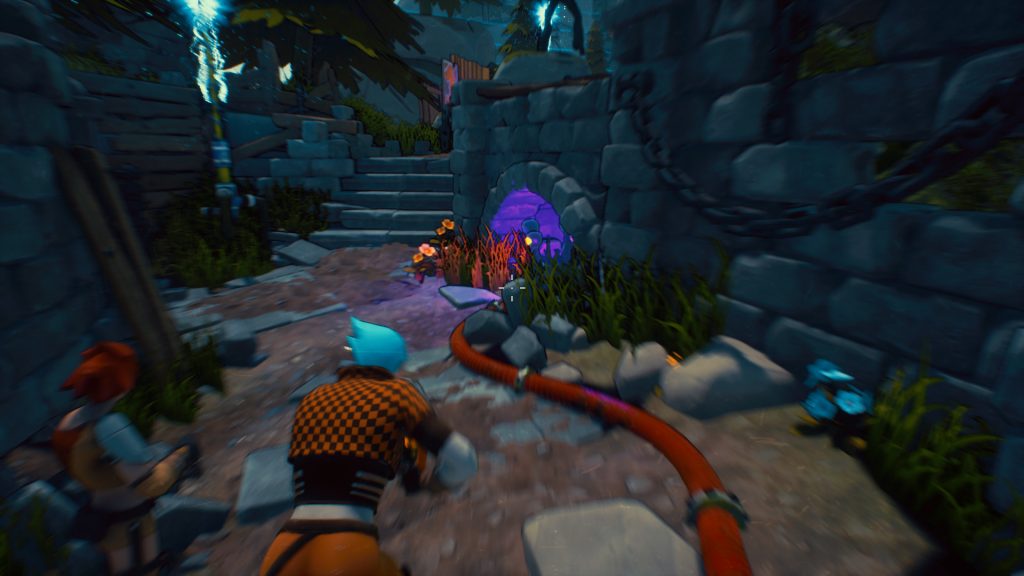 Crazy Justice is very versatile and this is why. Crazy Justice supports some crazy Cross-Network play! That’s right. Players who own Crazy Justice can play with players from the Xbox One, Nintendo Switch and PC. For preference reasons, players will have the option to only play with same platform players as well. Having a choice is a great move.

We checked out some gameplay and Crazy Justice definitely reminds us off Fortnite but more of a steam punk like style and more ground based combat. It’s not battle royal but has different game modes as we mentioned above. The building system is like Dungeon Defenders 2, simple but works. The cover system works well with the destructible environment. This means that multiplayer will be quite dynamic.

Overall Cray Justice looks like a great game. Seems like a friendly place for casual gamers to step into. Obvious aspects for competitive and pro players to dive into and a good amount of variety. Plus new content will be coming over time which is a great sign. The graphics are good for it’s style, the sounds fit the theme and style of the game. The developers ‘Black Riddles studio’ did a excellent job with this game. We at X35 Earthwalker are looking forward to what crazy Justice truly has to offer gamers. Now Crazy Justice isn’t about justice at all, but one thing that does have justice is… the ‘Earth Walk!’