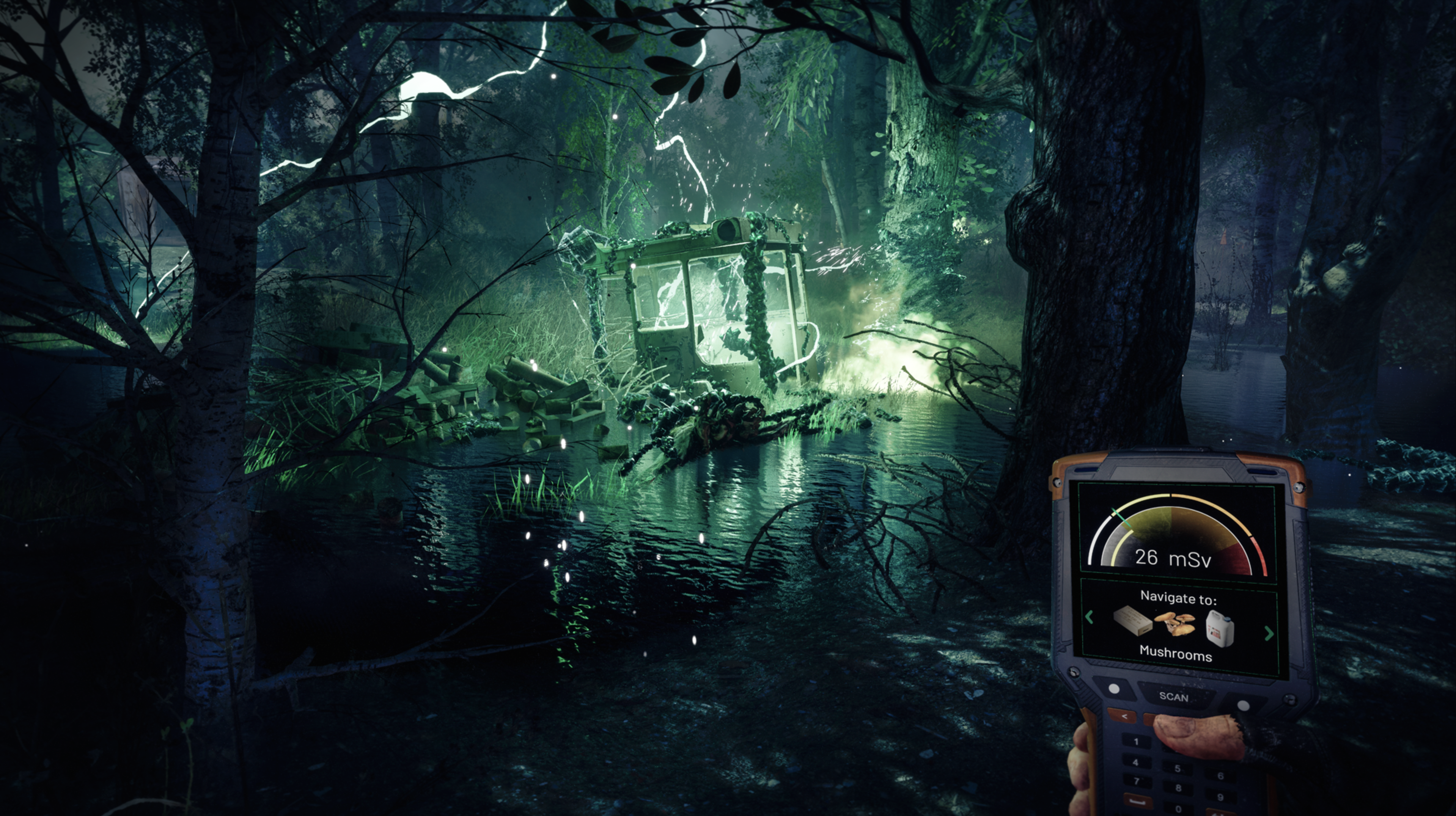 In the world of Chernobylite, it is the year 2016. Players control a man who 30 years ago use to work as a physicist at a Chernobylite nuclear facility. A catastrophe happened though and it effected 350000 people in 1986. Your girlfriend is one of those many people who is now gone. It’s now 30 years later from that event and what happened still haunts you. The game describes it as “the demons of the past.” So you now return to a placed called the ‘Chernobyl exclusion zone. 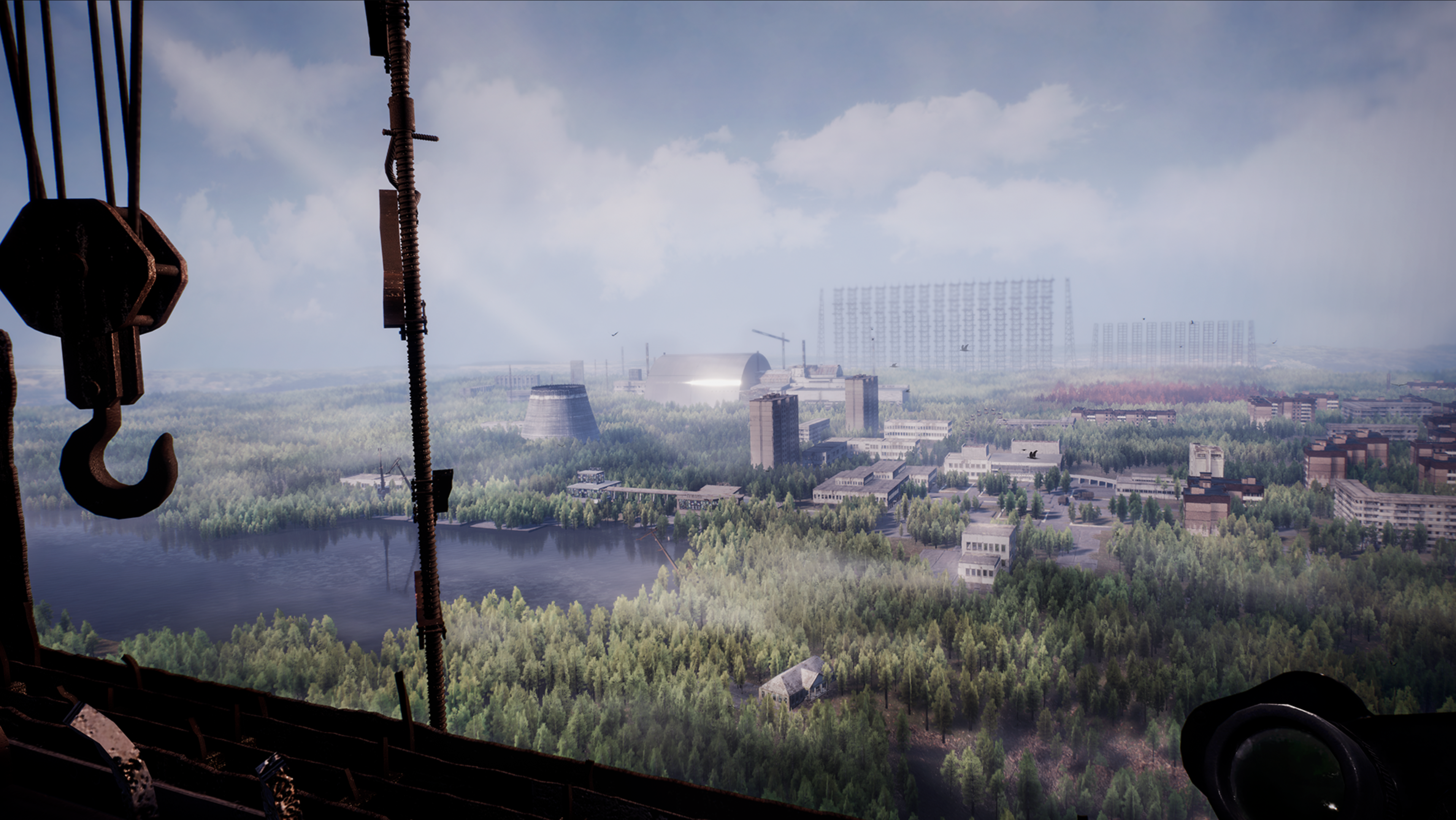 Now let’s get something out of the way. Chernobylite is also a survival horror game. So expect danger, strategy and combat. Chernobylite has an explorable world. Players can move at their pace and find many things. The world offers a non-linear story.

There are supernatural threats in Chernobylite and some have called them shadows. They will try to kill you but none of them look scary to us. They glow like neon lights. There are weapons like guns which off course are needed to fight back. Chernobylite is still a survival horror though, so ammo won’t be the most plentiful thing, so pick your fights wisely and when to run or hide. 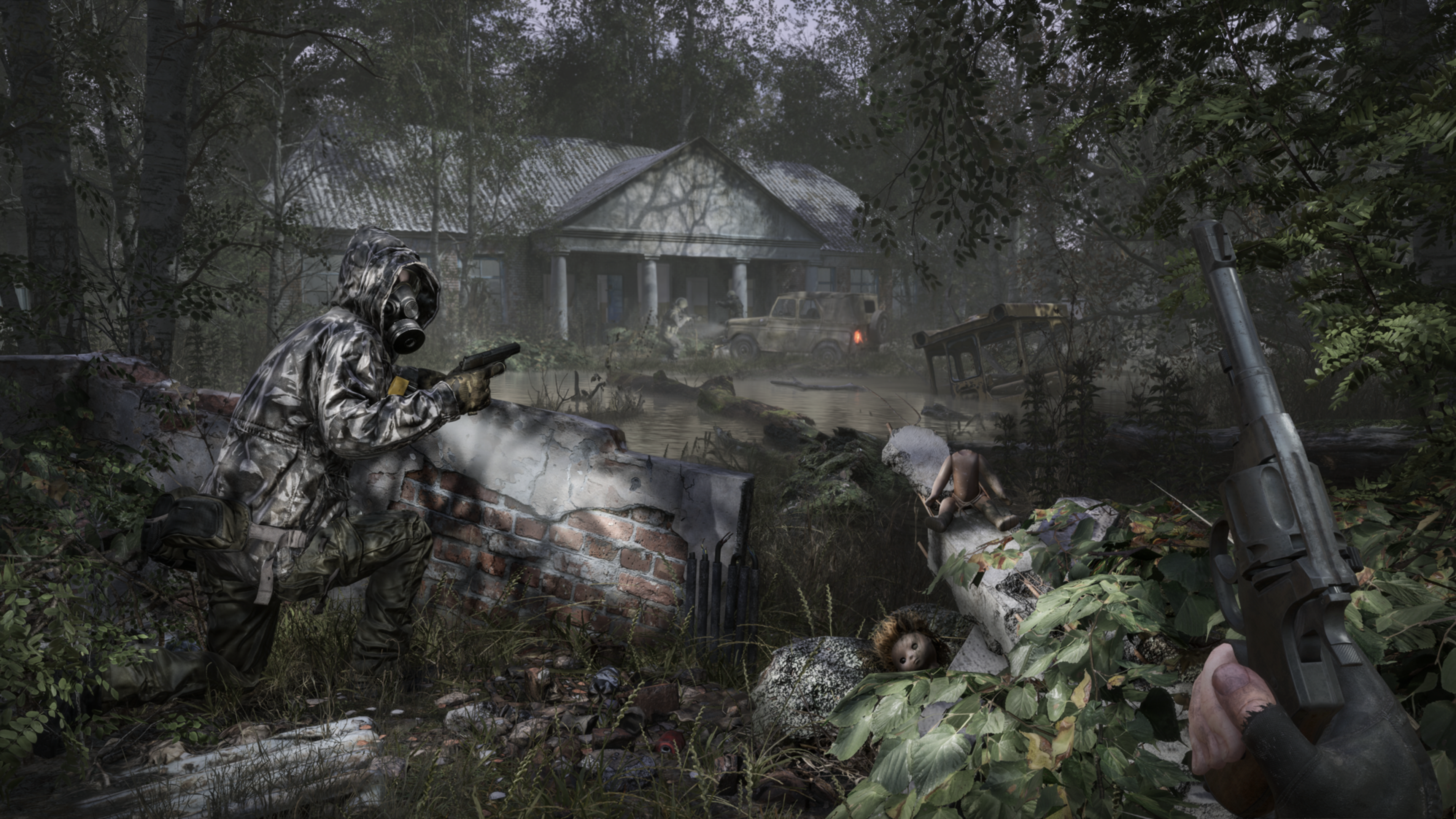 The game states that they will constantly challenge you to: survive, play by your own rules and experience. Concerning experience, it’s up to the player and how you think. Whether you can stay calm, think things through and decide wisely. Remember it’s a horror game, so keep it together. Concerning Survive, player need to craft their weapons and gear in order to survive out here. It’s up to you to decide what happens out here. Concerning play by your own rules, there are challenges and new things everyday in the zone.

What’s interesting in Chernobylite is that there is other stalkers out in the zone as well. They are also out here surviving, in combat and got stuff to do. Possibly an objective of their own. You can either work with these stalkers and be allies or you can go against them and compete. The game warns you to never fully trust the other stalkers. Stating that they have an agenda of their own. Which is true. After all, they are in the zone for a reason. 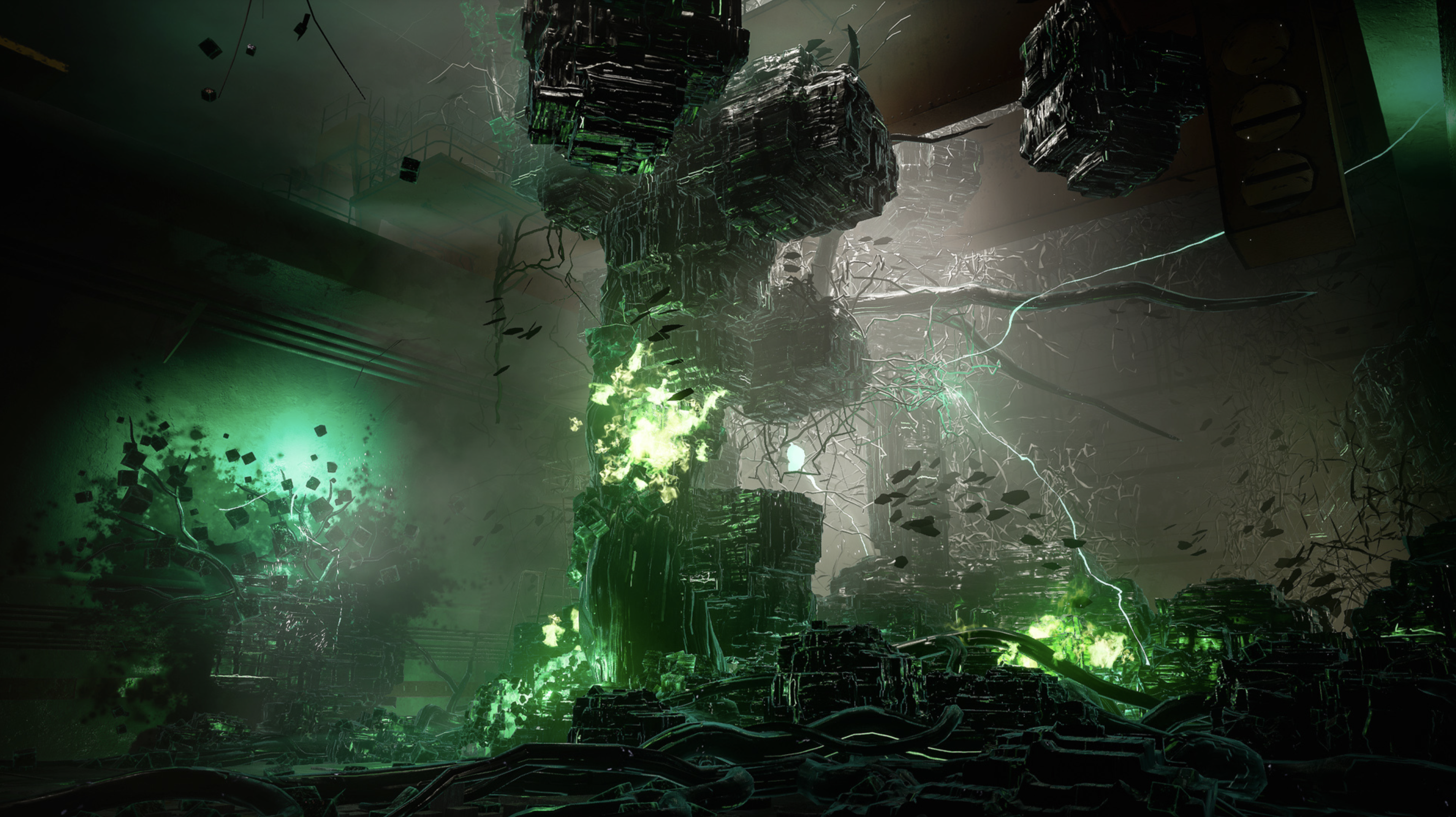 Do not forget that Chernobylite is also a sci-fi game. There are many enemies trying to harm you and they are coming from an alternate reality. As you explore you’ll need t learn and future some stuff out. So players will need to collect data through “sophisticated environment and substance analyzing tools.” You will be holding the devices and collecting information. Learning and acquiring what you need to understand and settle what happened here. At least your girlfriend isn’t here… right?

We checked out some Chernobylite gameplay and it’s not looking impressive so far. Too standard for current game standards. Remember that it’s still in development and there was an early release. So we are expecting lots of improvements concerning animations, interaction, movement and more. We truly like the combination of science fiction and survival horror. There are devices to use. Chemicals and supernatural things can get investigated but there is loads of danger, including an humanoid glowy being who is hunting you.

Overall Chernobylite looks like it’s going to be a good game. The graphics are good. There’s clearly a big adventure going on here. Games like this aren’t easy to do. Hopefully there is actually lots of scares and very lethal enemies with limited ammo bringing a big sense of dread and feeling underpowered. The developers ‘The Farm 51’ have got something here. We at X35 Earthwalker would like this game to do well. Now Chernobylite may have supernatural danger and science but neither of those are accurate enough for… the ‘Earth Walk!’