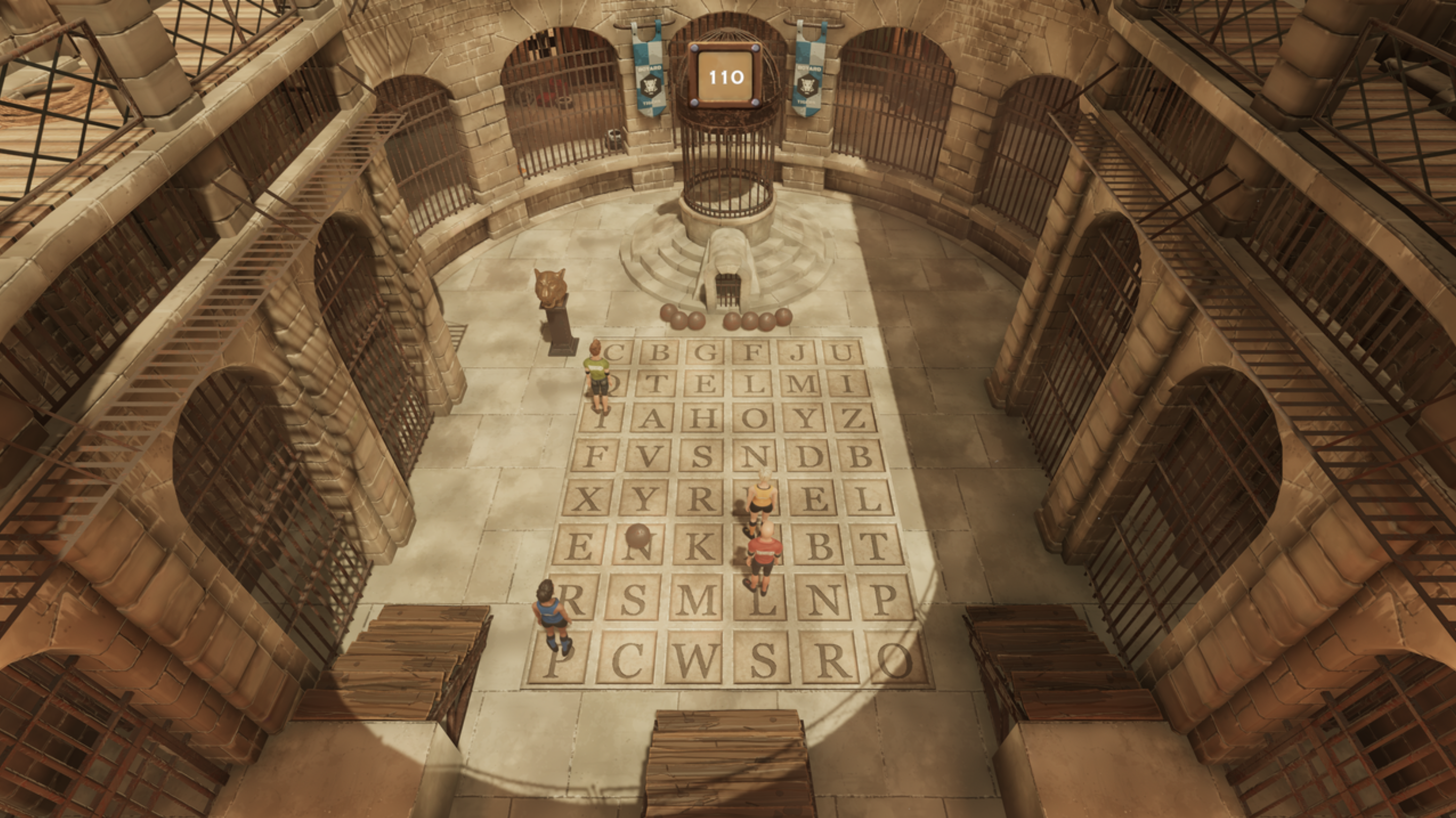 Fort Boyard is a new action party game developed by ‘Appeal Studio’ and published by ‘Microids‘. Fort Boyard is coming out the 27th of June 2019 on Xbox One, Nintendo Switch, PS4 and PC. Fort Boyard is legendary but will this game be legendary? Let’s take a look.

If you don’t know anything about Fort Boyard, then shame on you. Shame on you. Come of your electronic device for a while, go sit in the corner of your room and think about what you’ve done for a while. Just joking. Fort Boyard is like Crystal Maze as it’s a show where real people compete and take on challenges, normally physical to hopefully win prizes. Sort of like Jungle Run. So friendly, all laughs, competition for prizes and aired on TV. Now Fort Boyard is getting it’s latest game. 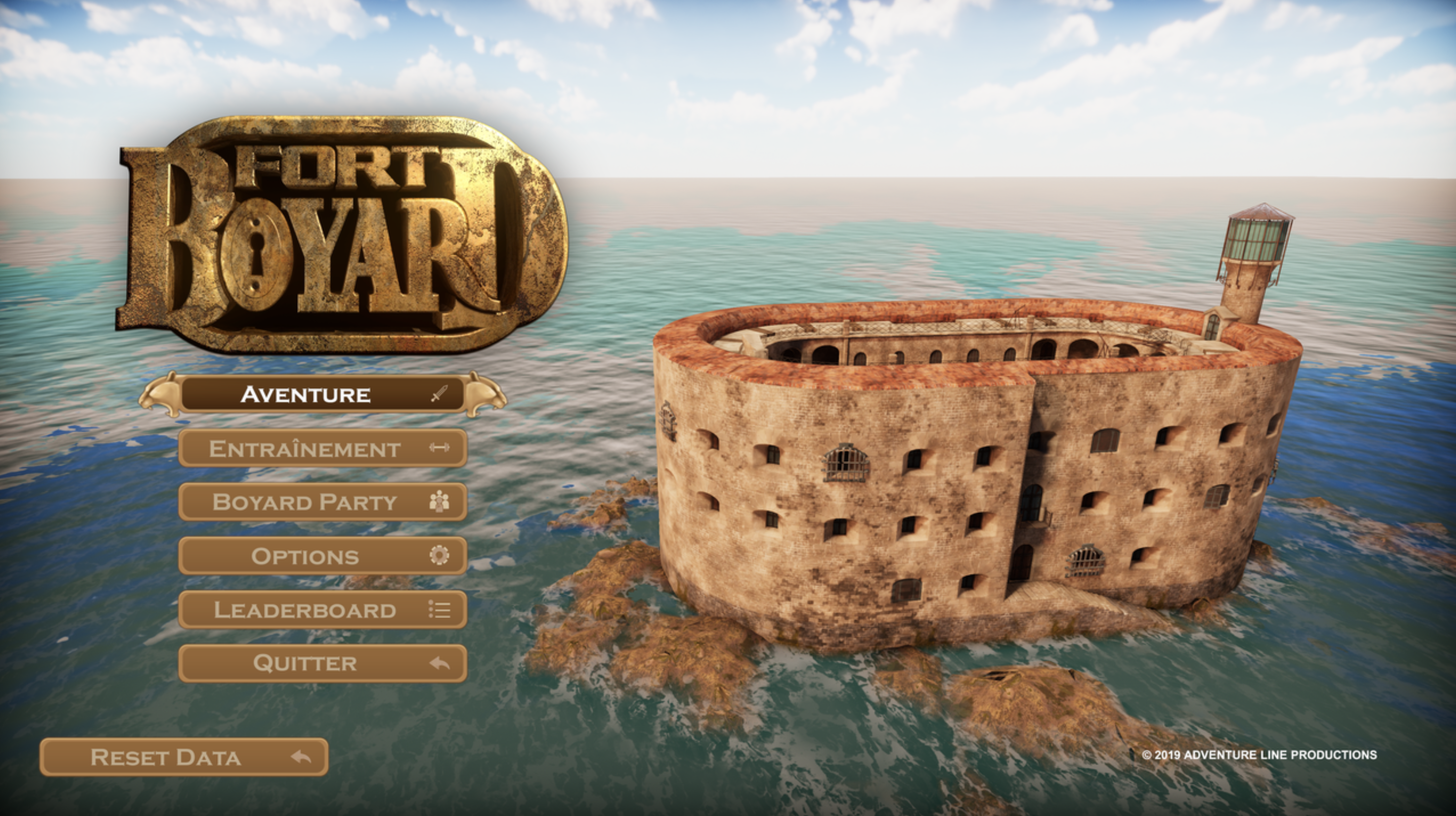 So if you did a little research on Fort Boyard then you instantly know exactly what the game will be about, what it will offer and what it’s trying to recreate for players. Remember that Fort Boyard is also a party game so that means multiplayer. So like Mario Party, grab some friends and work together to get the gold. After all, those tigers don’t need it. Seriously what will tigers do with all that cash and gold?

There’s many activities and challenges in Fort Boyard. Gather all the keys and do your best. Honestly guys there isn’t that much we can really say about the game. Once you see it for yourself then you truly understand it all. There doesn’t appear to be secrets or anything it’s just a straight up action party game based on a TV show that many have watched. Here’s some additional information on the Fort Boyard game:

We checked out some gameplay and it definitely looks like a Nintendo game. Colourful, nice graphics and seems easy and straight to the point. There really isn’t much to say at all. There’s like a bull riding challenge, water surfing, ducking and jumping to evade getting hit and more. Just fun.

Overall Fort Boyard just seems like a fun action party game. If you like Fort Boyard or just want another game to play with friends or family then that’s what this does. Again, there isn’t much to say about this. It is literally what it is. The developers ‘Appeal studio’ did a good job with this game. Now Fort Boyard may have a game but what’s not a game is… the ‘Earth Walk!’ 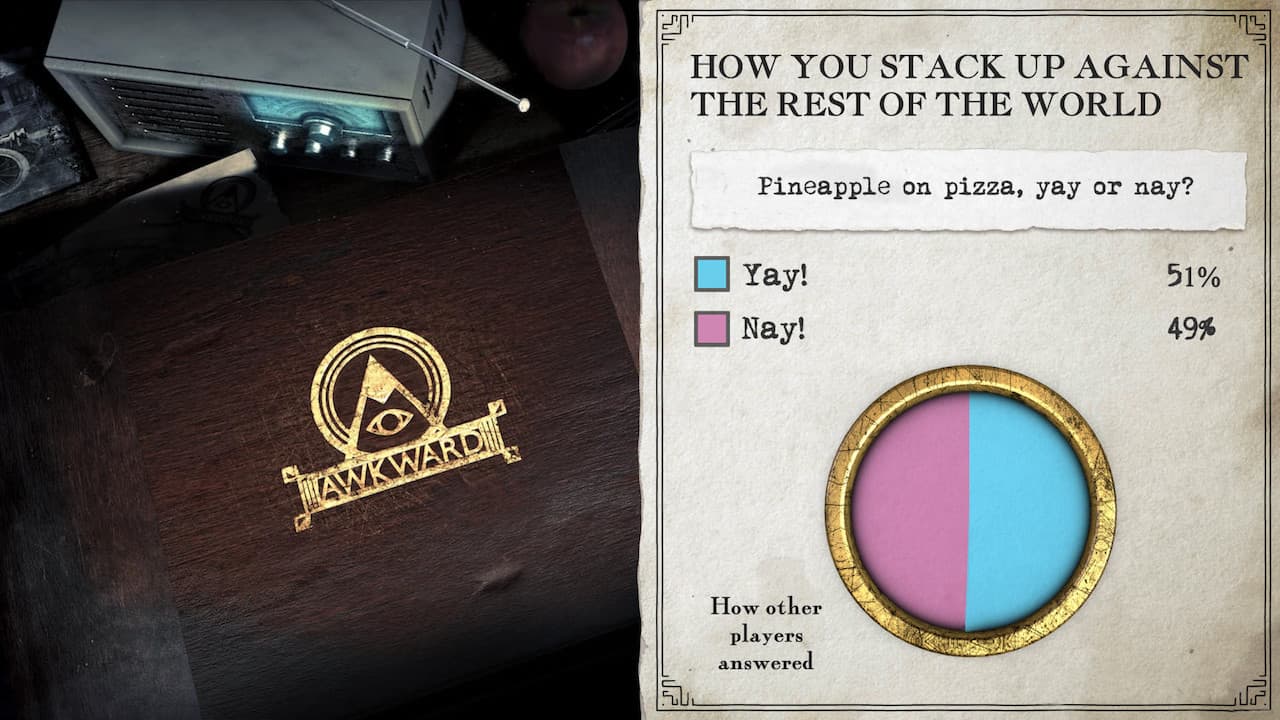 Awkward is a new casual party question game developed by ‘Snap Finger Click‘. Awkward will be coming out the 5th of June on the Xbox One, PS4 and PC but on the Nintendo Switch the 19th of June. This game we hear really tests relationships. Let’s take a look.

Awkward isn’t some big adventure game and there is no princess to save but that doesn’t mean Awkward hasn’t got a story behind it. Apparently this game was banned years ago because it caused an increase in family feuds, fights and divorces! That’s extreme! Are they being serious. We at X35 Earthwalker right now know for a fact that we are mature and good friends enough that no game will make us fight or anything serious like a divorce. Grow up people.

Awkward is meant to be the ultimate test in learning how well you know your friends, or spouse or family. You must answer a series of questions and the other players must guess what they think the first player answered. Sounds simple… but there’s a catch. The questions get increasingly less trivial and more uncomfortable and eventually bringing out secrets. This is where the problems begin to come out. Prepare for some shocks. 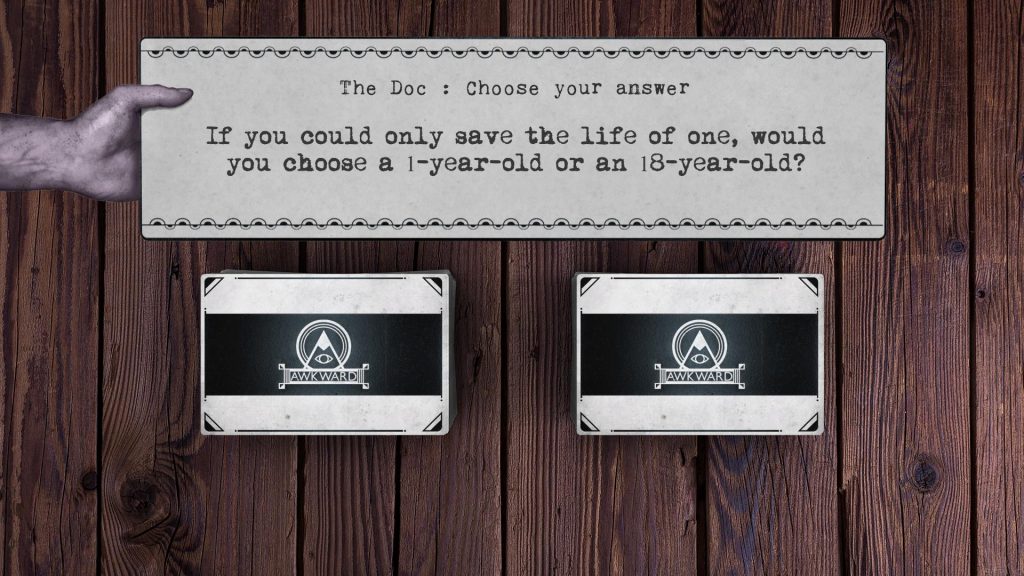 So that old truthful saying “You truly do not know them” will come to life right in front of many through this game. For example as shown above there’s a question forcing players to decide whether they would save a 1 year old or an 18 year old if they can only pick one. There will be some women who will hate you for not saving the baby. There’s another question where you must answer what you prefer concerning your partner: their body or face. This is a risky one but be honest. This is just the start by the way.

Awkward has all the original questions, which were banned.. they also have a bunch of new ones too. They were written by Joanna Haslam from ‘It’s quiz time’ and Danny Gallagher from ‘Quiplash’. There is a single player mode to see how your answers stack up to the rest of the world or have six players join in which can lead to competitive or cooperative gameplay. There is also multiple game modes too. Awkward also has streaming technology which let’s up to 500,000 concurrent viewers join in, on Mixer, Youtube and Twitch. They don’t need to go to a website or use an app. They play from the stream chat. 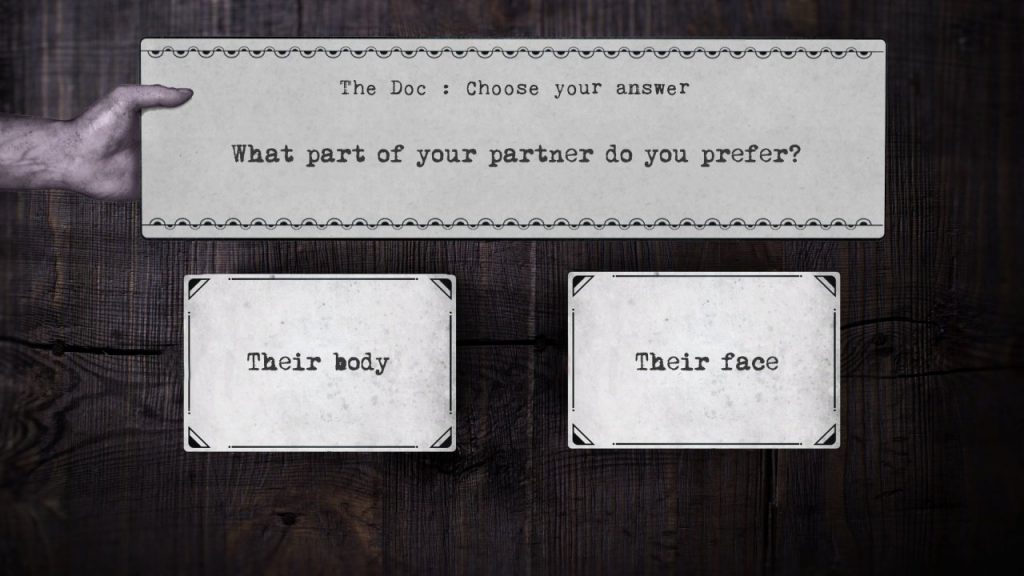 We checked out some gameplay and it’s exactly what it says on the box. A series of questions which get more and more uncomfortable and risky to the point where it sparks debates and hopefully not, some arguments. Can you still be friends? Do you still love them? We hope so. If not, then grow up!

Overall this looks like a fun game. A serious game but still fun. It’s one of those things where you must be mature and think about who you are playing with. Do not play with others who are very sensitive. Be wise about this and decide whether you should play or not. The developers ‘Finger Snap Click’ did a great job with this game. We at X35 Earthwalker would like to give this a try. Now some questions are very personal, but nothing is more personal than… the ‘Earth Walk!’