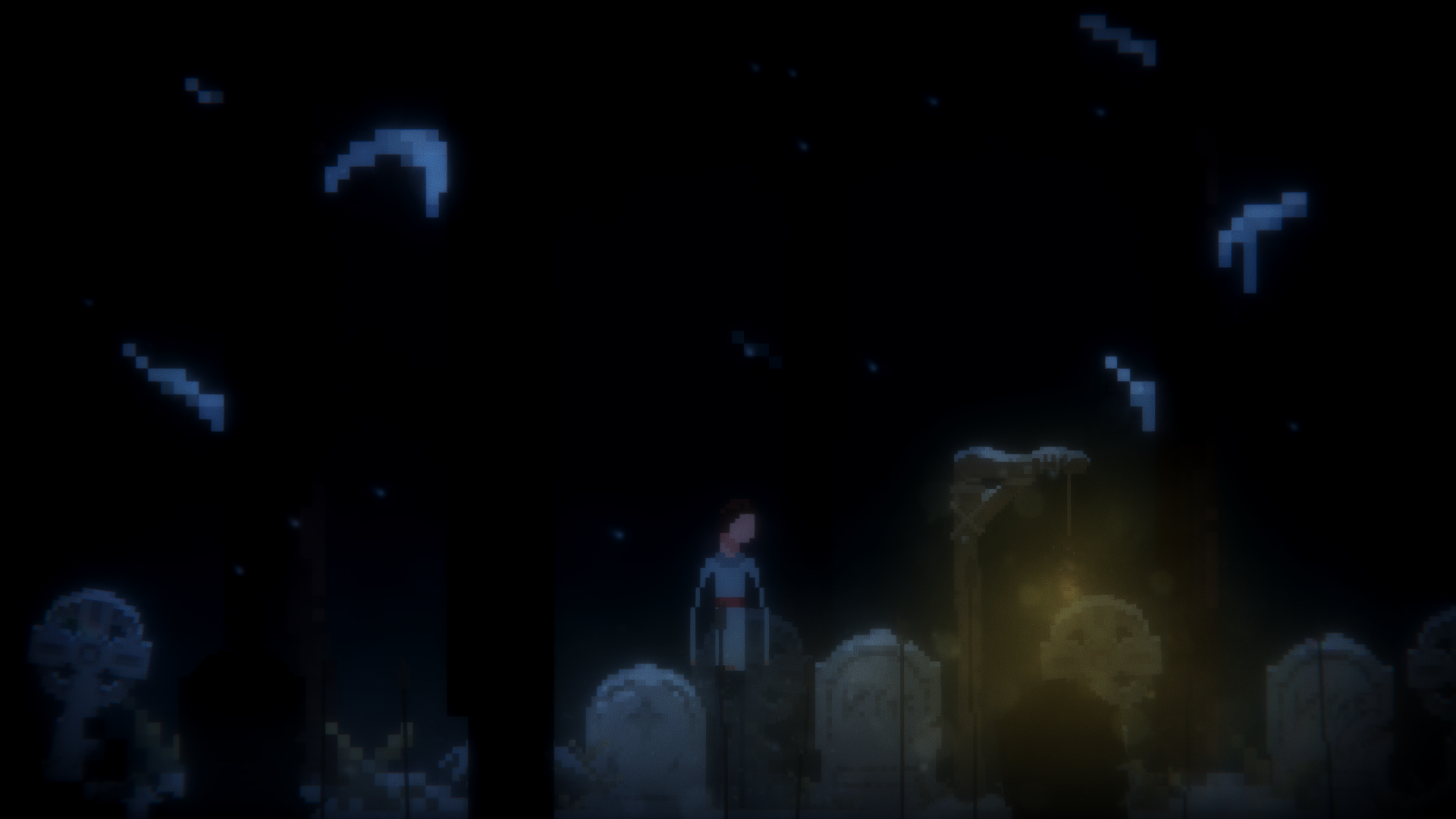 Ellen is a 2D pixel horror game developed by Red Mount Media and Antarsoft. Ellen is said to be coming out on the Xbox One the 13th of September 2019. It is already out on PC though. Now there’s a good amount of gamers who enjoy 2D pixel horror games. What does Ellen have to offer? Let’s take a look.

In the world of Ellen, players control a young investigator. His name is James… Bond, just joking it’s just James. He’s here to investigate the brutal murder of the Smith family. Basically after the murder, actually some years to be accurate. The towns people are starting to see silhouettes of the daughter. The whole family was killed except the daughter. Her body was never found so now people think it’s her. This off course is disturbing the whole town. So now James is here to investigate and find out what really happened here. Like why was the daughter not murdered with the rest of the family? What happened to her? Who was the murderer? 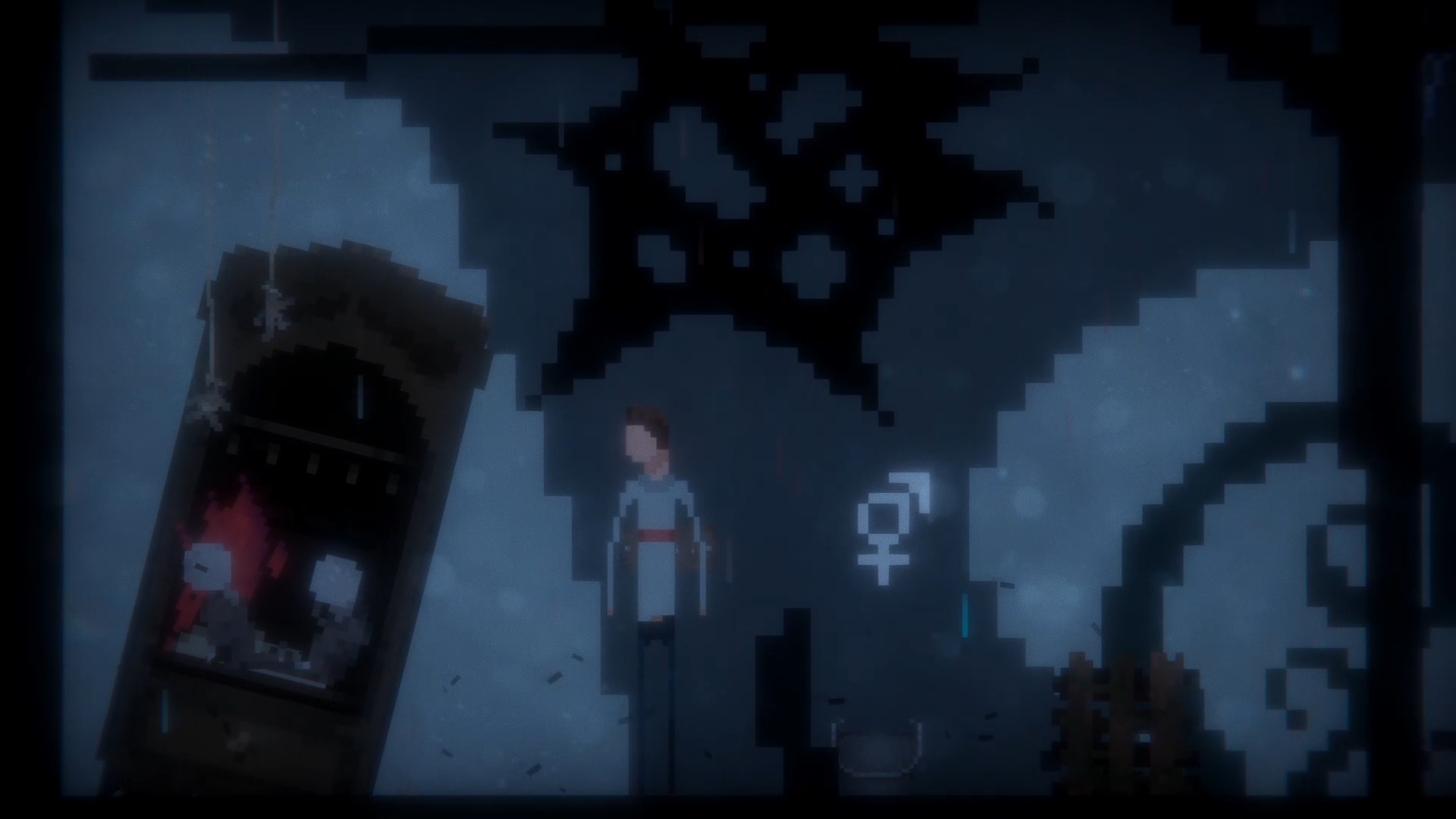 Now 2D pixel horror games have to take things from a different angle to how normal 3D horror games do things. On Paper, a 2D pixel horror game wouldn’t be scary at all. Not even the modern big horror games has scared X35 Earthwalker. Good pixel horror games need a interesting and mysterious story because gameplay is very limited. Just move the pixel character slowly around and click on items that’s hard to figure out at times because it’s all pixels. Players need to be into the story and want to learn more. The atmosphere needs to be ominous at moments where danger is somewhat nearby. Players recognise the change of music and it gets some players on edge. Timing is key. Many pixel horror games like to have loud music when the monster or enemy shows up. That normally gets players but it’s sort of a cheap jump scare. Ellen needs to balance and get these things correct to stand a chance. Maybe the towns people will load the players head up with numerous rumours that aren’t very positive at all. This might give players clues or the wrong ideas on how to survive.

For example a towns person in Ellen could tell the player that he heard that staying still prevents any creatures from seeing you or that they respond to sound or get easily distracted or somethings like that but it’s up to the player to figure out what works. When players feel powerless and not sure what to do or expect they are far more nervous and more likely to make mistakes. Ellen will also need surprises. The monster shouldn’t be showing up all the time. All this kind of stuff is important. This is why Ellen is going to have a tough time making a big impact on gamers. There isn’t that much to say about Ellen as since it’s a 2D pixel horror game we round about know what to expect at this point. They all have a similar style and gameplay. The main difference is that Ellen is a murder case investigation with mystery. 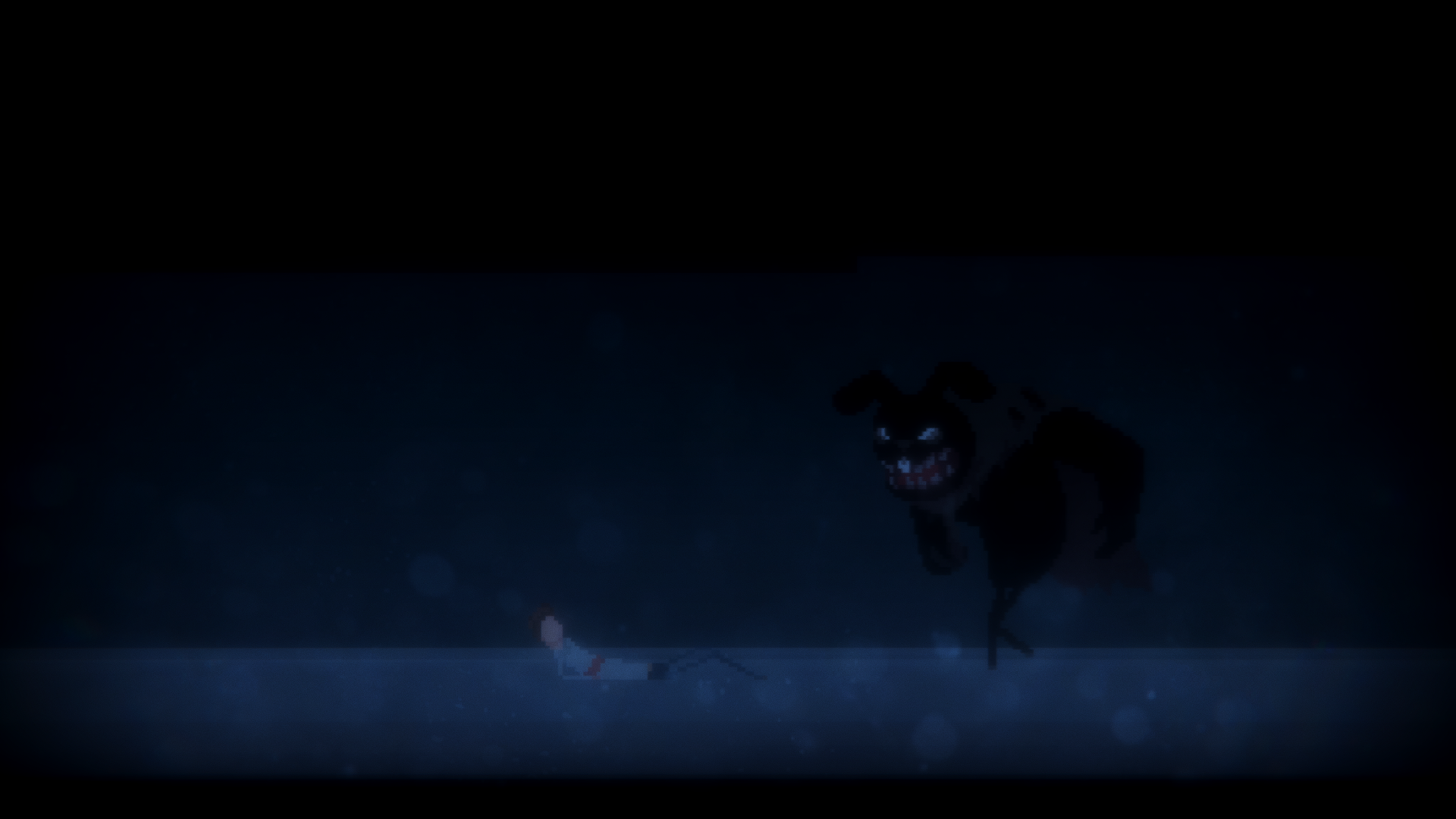 We have checked out some gameplay and we already like what we see. There isn’t just one danger or monster… there are many dangers and this will keep players on their toes as each one functions differently. There’s some that will try to entangle and wrap you up so don’t stand still. There’s another big beefy one that will chase you down to try and grab you. There’s another that fires projectiles at you. There doesn’t seem to be a clear way of beating these foes. We don’t even know if James gets a weapon. Doesn’t James watch any horror games? He should know to bring a weapon by now. Oh well. There are also some other beings who do not seem violent at all. You can actually interact and talk to them. Strange things happening around here in the world of Ellen. There’s also loads of things to interact with. Like walls, items, structures to hide behind, signs, trees and more. You will probably have to do a lot of investigation… get it… because James is an investigator. Whatever.

Overall Ellen just seems like another 2D pixel horror game. It seems well made for sure and it looks decent for a pixel graphic based style. We don’t like the whole long legs design for the characters though. The sounds and music is very good and that makes a difference in a game like this. We like that there is loads of danger and isn’t just one enemy that will eventually get stale and not scary. The developers Red Mount Media’ have done a good job with this game. We at X35 Earthwalker will keep an ear out what Ellen has to offer gamers. Now Ellen may have a mystery but what’s more mysterious is… the ‘Earth Walk!’