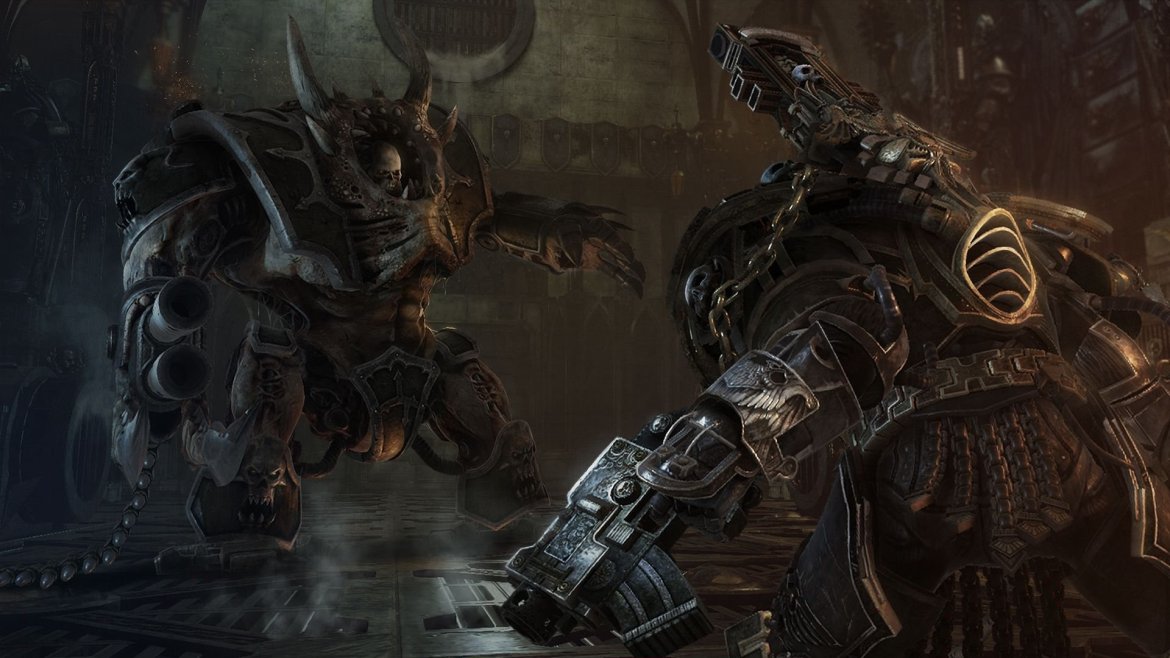 Warhammer 40000: Inquisitor – Martyr is a new open-world sandbox action RPG developed by ‘NeocoreGames‘. It is coming out the 11th of May on the Xbox One, Play Station 4 and PC. The Inquisitor sounds like a dangerously powerful being. Le’s take a look.

The world of Warhammer 4000 is very big with a huge story going on but Warhammer 40000: Inquisitor – Martyr is the first action RPG in the world of Warhammer 40000. Now the focus in this story is all about the Inquisitors. They are up against mutants, dangerous Xenos, heretics and off course the daemons of the chaos gods. Now that’s a list and sounds too much but what kind of being is the Inquisitor? Inquisitors are monsters themselves in terms of legend and threat. They are powerful legendary secret agents of the Imperium. They come from different backgrounds and aren’t the same as each one has different areas where they specialise. Inquisitors have lots of big lots of firepower and with a wide range of unique skills. Simply they aren’t a joke.

Now Warhammer 40000: Inquisitor – Martyr is set in the Caligari Sector, a secluded region of the Imperium with many star systems, even more planets which contain a wide variety of mission types for players. The maps are randomly generated. This game aims to keep things going and rolling with the action. there are also mini campaigns and it has been said on their official website that the storyline was influenced by the community which is actually awesome. It’s great when developers get their community, fans and followers involved with the development in some way or form. So good job ‘NeocoreGames’ on that one. 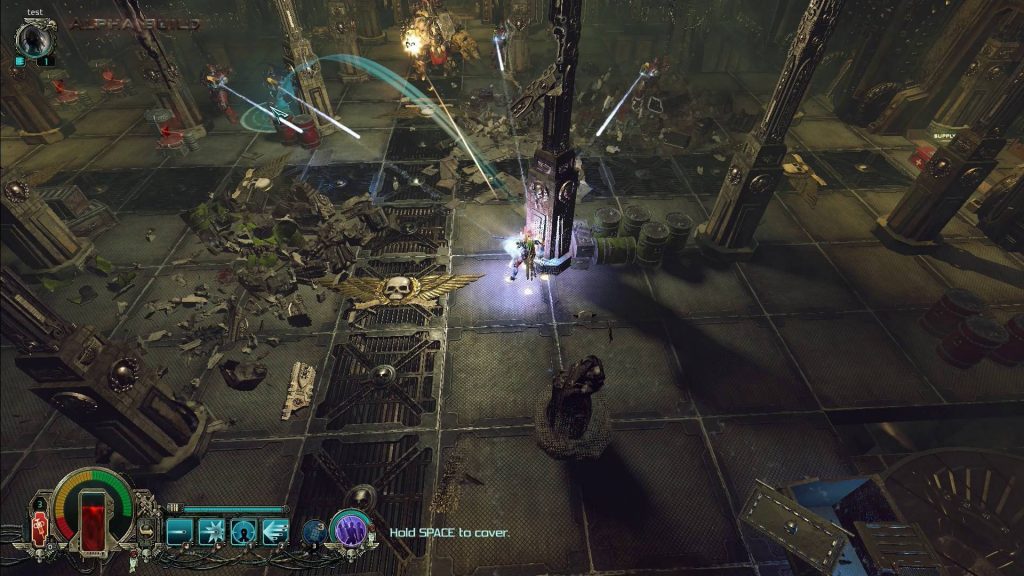 Even though the direction is quite different Warhammer 40000: Inquisitor – Martyr are not letting go of what it does well and does in other titles. For example this game will still have tactical elements meaning this shouldn’t be a walk in the park. Cover based combat is still here and definitely needed for survival. There are controllable vehicles just please make sure you guys have license because we at X35 Earthwalker are not afraid to sue. They claim to have a brand new AI. Probably coolest of them all is the fact that some attacks affect the environment and your surroundings as in break and blow stuff up. This off course adds a layer to the tactical side of the game as now some cover may get destroyed or additional ways to expose and turn the tide against enemies. Think about that.

Now what’s Warhammer 40000 without some blood and gore? Nothing. So it’s a good thing that Warhammer 40000: Inquisitor – Martyr has some. Not only can you enjoy brutalising your foes but large enemies are unfortunate enough to be susceptible to having their limbs destroyed if targeted well. So if their right arm has a large rocket launcher for example, then blow their arm of and no more rockets. Also this can lead to special executions of those foes which the developers have said are rewarding. 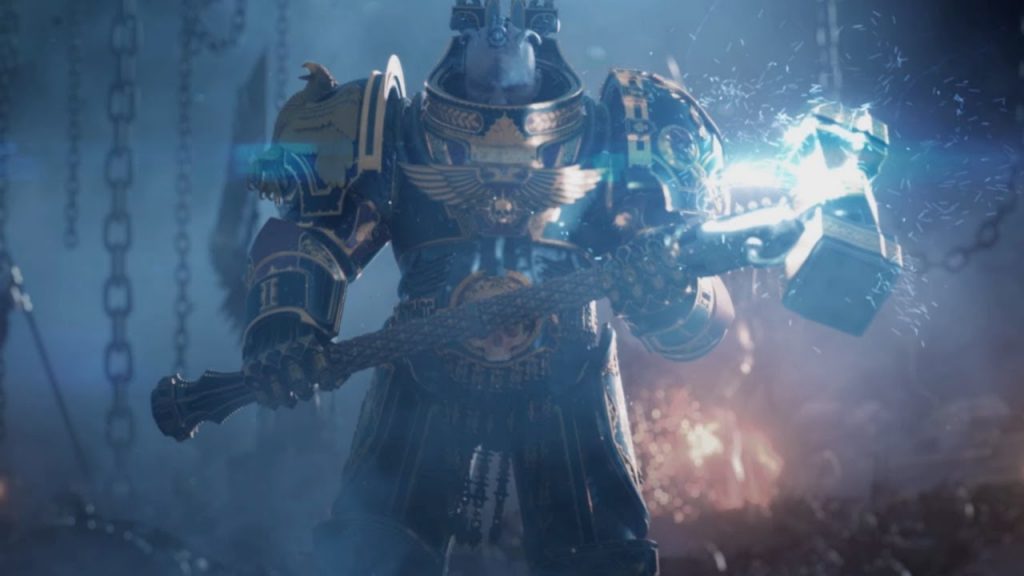 Now Warhammer 40000: Inquisitor – Martyr isn’t all single player campaign. The Inquisitorial campaign has co-operative gameplay up to 4 players. Also players can join various Inquisitorial clans. So grab your friends build a clan and just dominate. There are world events for all to participate in and missions that if completed could have actually effects on the game it self, as in influencing the direction of the whole sector. We hear this sort of stuff quite a lot so we are going to see how Warhammer 40000: Inquisitor – Martyr will pull this off.

We checked out some gameplay and so far the game doesn’t look impressive. The sounds and graphics are good indeed but the gameplay just looks simple as of how it is right now. It currently looks like everything is too easy. Off course that should change with a higher difficulty. We do like the variety of enemies here, with some being fast while others are melee only stuff like that. The environments and the amount of cover available are great reminding us of Gears of war in some ways. There are many abilities at your disposal and multiple ways to handle situations. The game seems to run well and does have the tactical elements to it. Different classes to choose from and use with their own strengths and weaknesses. We at X35 Eathwalker just hope to see something very exciting and cool.

Overall Warhammer 40000: Inquisitor – Martyr is a very good game. It is a big with multiple things going on with some nice level designs and giving different experiences thanks to the random maps. Action is lively ad we do like what we see. Some fans are happy and even some of their suggestions have been taken on board and put into effect. The developers ‘NeocoreGames’ did an excellent job with this game. We at X35 Earthwalker need to see more, something that will make us think about even buying it but as it stands many will like it. Now Warhammer 40000: Inquisitor – Martyr may have inquisitors but they don’t compare to… the ‘Earth Walk!’