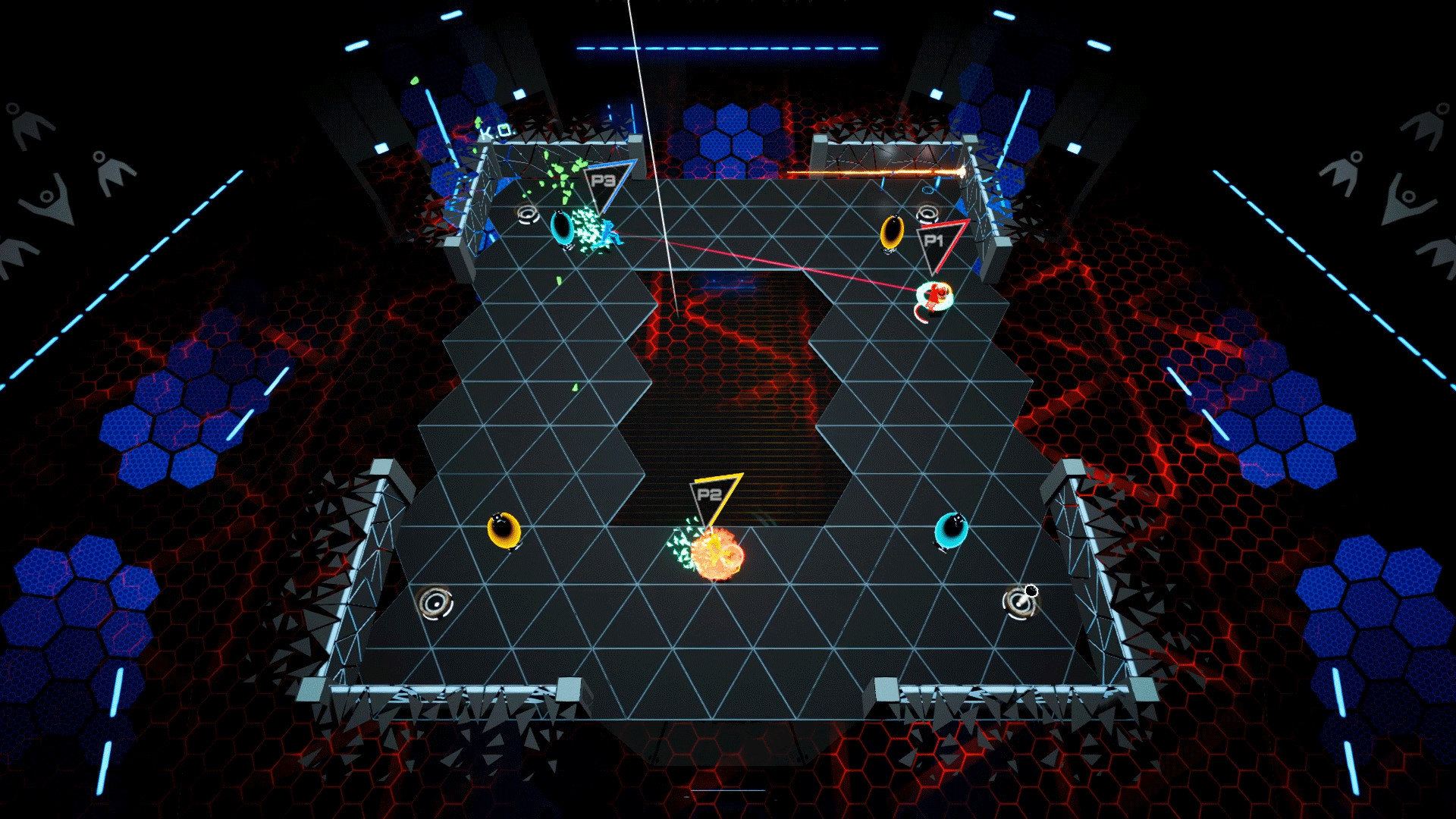 Rebound Dodgeball Evolved is basically dodgeball but crazier. So since we all pretty much know what dodgeball is, it’s safe to say that we should know what to expect from this game. If you have the ball then throw it hard and fast to smack someone else with it. If someone else has the ball then run away and dodge that ball which is coming straight for you. Simply right? Hit and don’t get hit. So what else does this game have to offer? 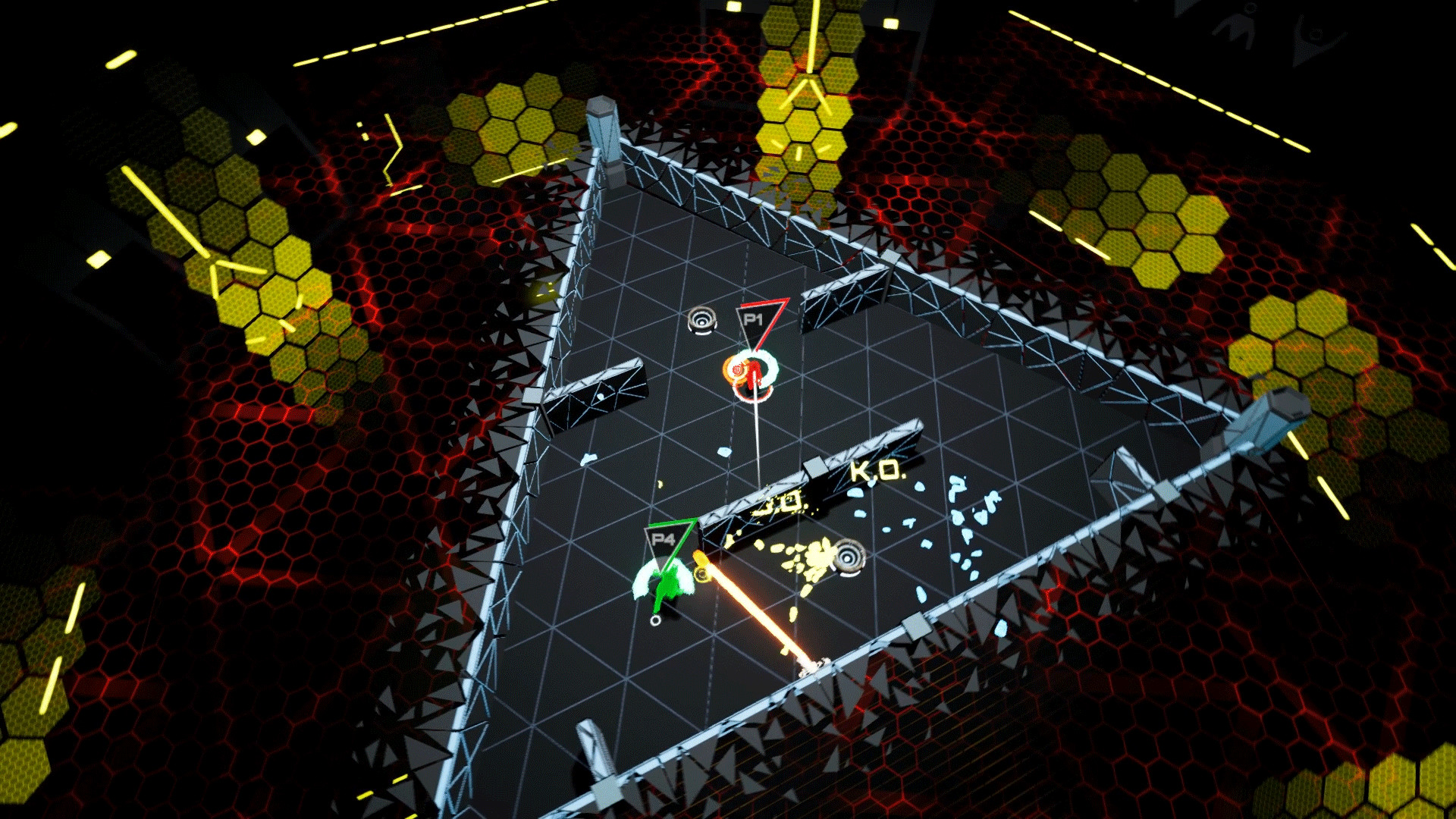 Now Rebound Dodgeball Evolved is top down camera angle, so hiding from your opponents isn’t possible. This means there’s no stealth, it’s all action. Twin stick is quite simple controls so players should get the hang of it real quick. It’s fast paced so expect things to get quite intense at times. We hope there are intense moments. Now Rebound Dodgeball Evolved is clearly a multiplayer game but it’s both off line and online which is always better. We hate online only multiplayer.

Now there are mutators in Rebound Dodgeball Evolved. Think of them like the skulls from Halo. Basically mutators can change the very rules of the game. This is done by either effecting how the dodgeballs behave or special abilities. For example there’s a Time glitch ball that sends people “back in time to where they were shortly before”. So basically players need to remember where they were a few moments ago when this ball hits the deck or you’ll get destroyed in the past. There’s also a nitro ball which has reversed momentum. Everytime the ball collides with something it speeds up making things crazy and scary. 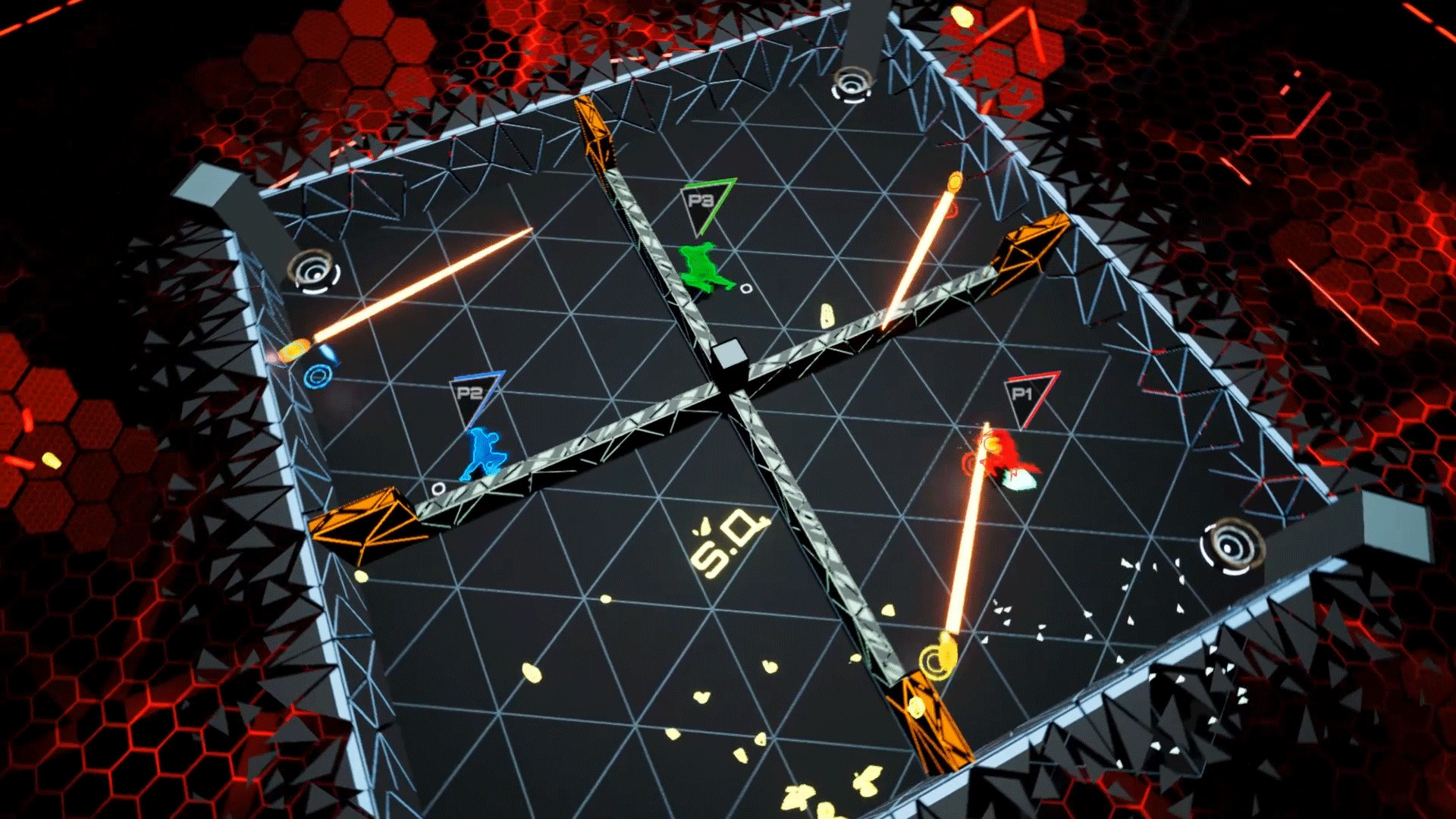 We checked out some Rebound Dodgeball Evolved gameplay and it’s what we expected basically. It’s fast paced and can get quite competitive. Catch the ball, dodge the ball, throw the ball and mix things up with game modes, mutators and 15 different maps. Some of these maps come with hazards so things can really get shaked up in this game. The graphics are great for what it is and the details in the shapes and level designs are also very good. Expect to get smacked with a ball for sure. Besides the different mutators the game doesn’t look that much different or varied in gameplay. It just seems like moving around and throwing the ball and doing a little jitter for dodging and faking out the enemy. We probably need to see more.

Overall Rebound Dodgeball Evolved seems like a interesting quick game to play with friends. It does exactly what it says on the tin. This has potential for big fun with friends and can get quite competitive. The developers ‘Hexterion’ did a very good job with this game. We at X35 Earthwalker think this game will hit a good number of players once released correctly but miss other groups of gamers. Now Rebound Dodgeball Evolved may be fast paced but nothing moves faster than… the ‘Earth Walk!’