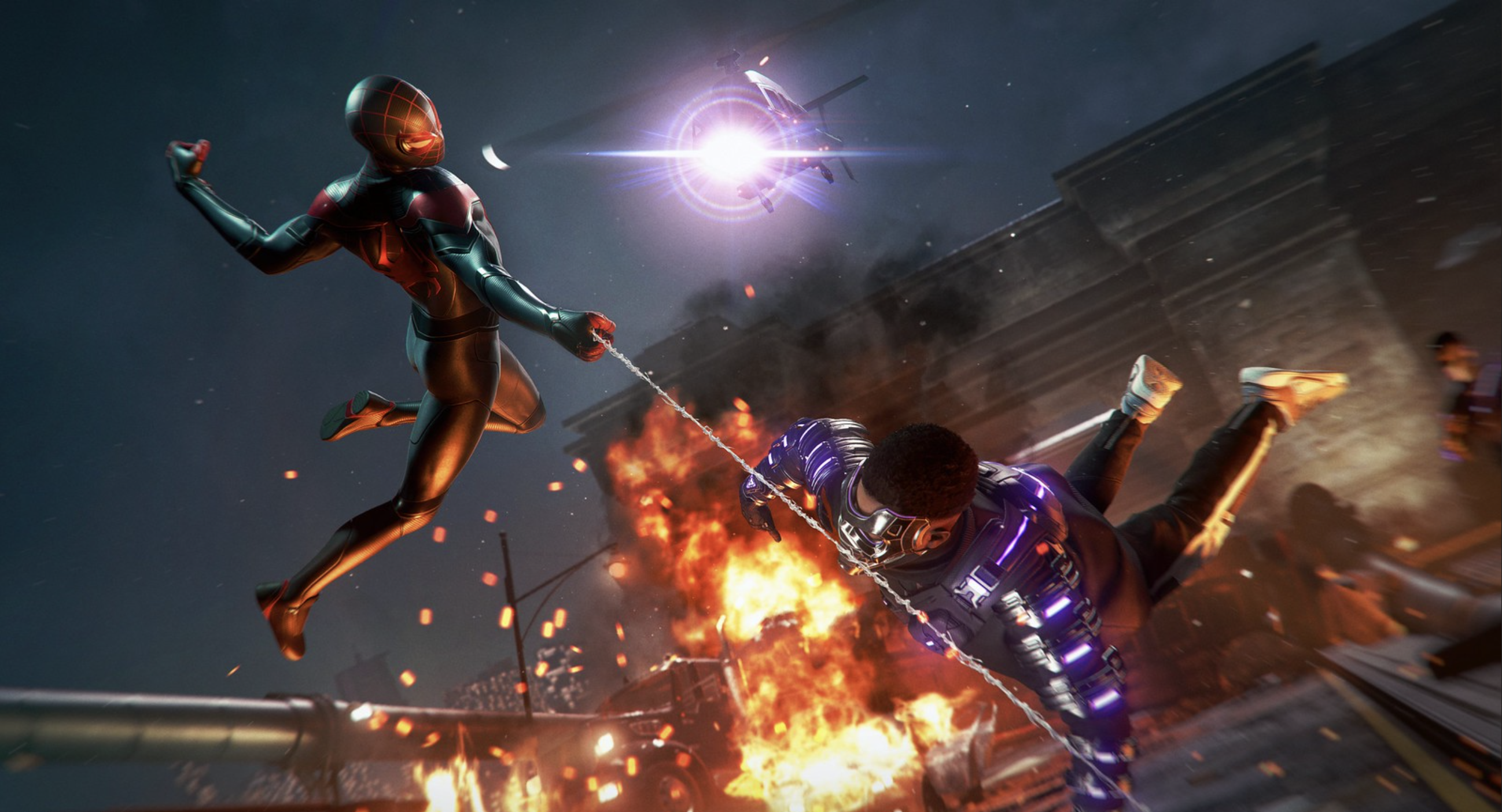 Now lets get this out of the way. Spider-Man: Miles Morales is a good game overall but we can no longer call it excellent since we’ve seen so much more of this game. Now first things first is the enemies you face. You only really face three groups of enemies. Roxxon troopers, the underground and escaped prisoners. Roxxon and underground are basically the same troops when it comes to standard units like sword wielders and rifle users. They are just as easy to beat as each other. Also the Roxxon troops look like a reskin of the sable troopers from the original Spider-Man game which is lazy. There’s no variety of enemies here. There is room for different types of enemies in this game but they didn’t take advantage of that. Why couldn’t roxxon with all their technology, have machines, enhanced exosuit troopers etc. The underground could have had high mobility troops who actually use that mobility in combat. They all get beat the same way and none of them forces a change of strategy. The venom punch and techniques makes them all pointless and easy. 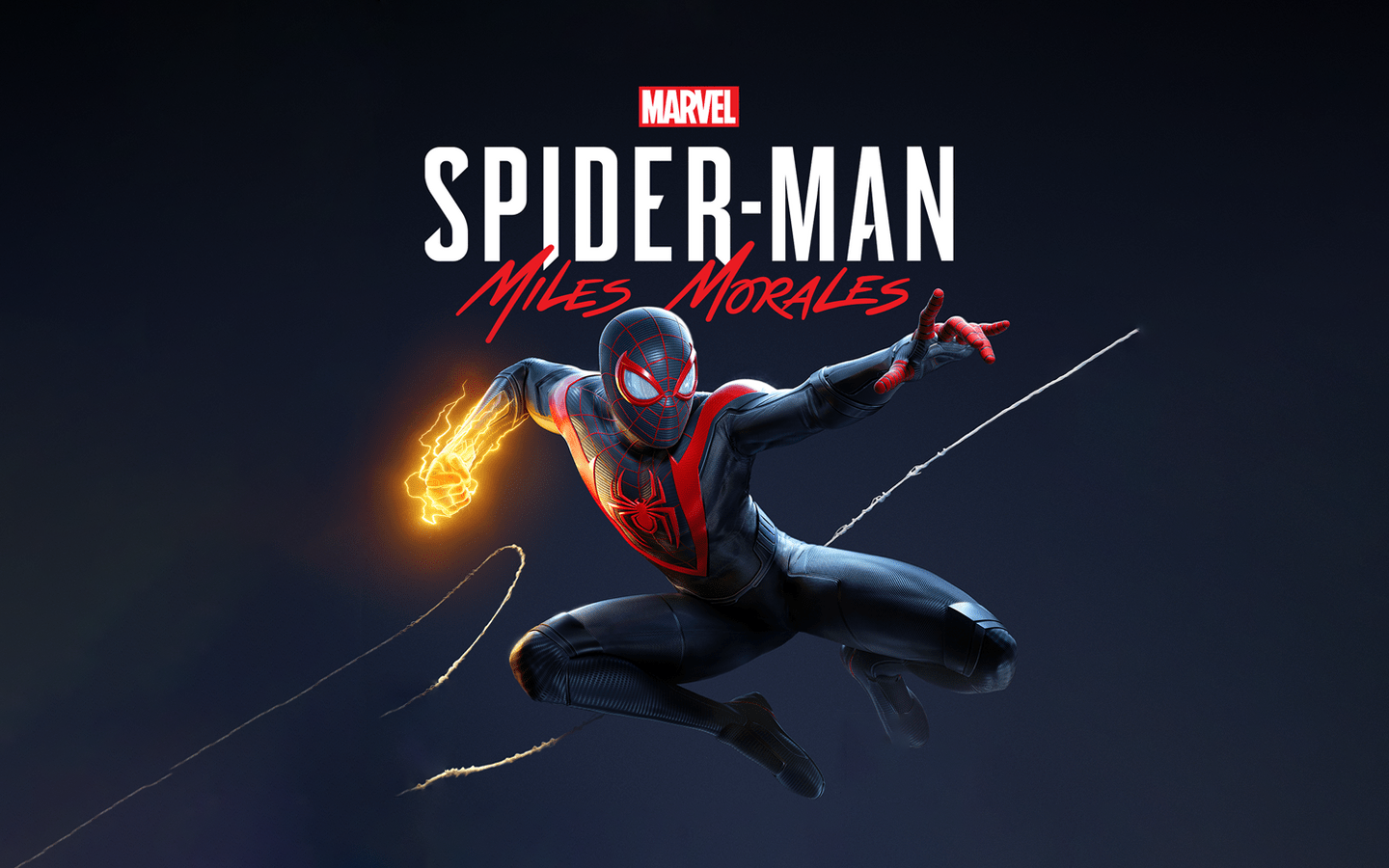 Spider-Man: Miles Morales is inferior to Spider-Man. Spider-Man is an excellent game while Spider-Man: Miles Morales is just good. Straight up the best part of Spider-Man: Miles Morales is the very beginning of the game. The part that had both Spider men working together. That whole scene with Miles chasing Rhino through the city while Peter Parker rides rhino, then Miles riding Rhino while Peter Parker is moving people out of the way and removing obstacles from the destruction path. That was literally the best part. Anything thing else after the rhino battle is inferior. Nothing is as awesome or exciting and that’s sad. Speaking of rhino… they made him trash because of how overpowered they made the venom powers which is something we will get into later. You only faced three (3) bosses. Rhino twice, prowler and the tinkerer. If we forgot one then sorry, please remind us and that also shows how unmemorable that missing boss was. Original spider man had you face shocker, vulture, rhino, scorpion, mr negative, doc oct and electro. Big difference. There was a lack of big guys and when the bosses did come, the venom power really shuts them down. It would be better if the bosses would have a second mode when their health drop by half they gain a technique that forces you to use your venom abilities more strategically or wiser. Like you have to time it. If you just venom punch, they have a counter or get off me move or they dodge it clean depending on the type of boss. 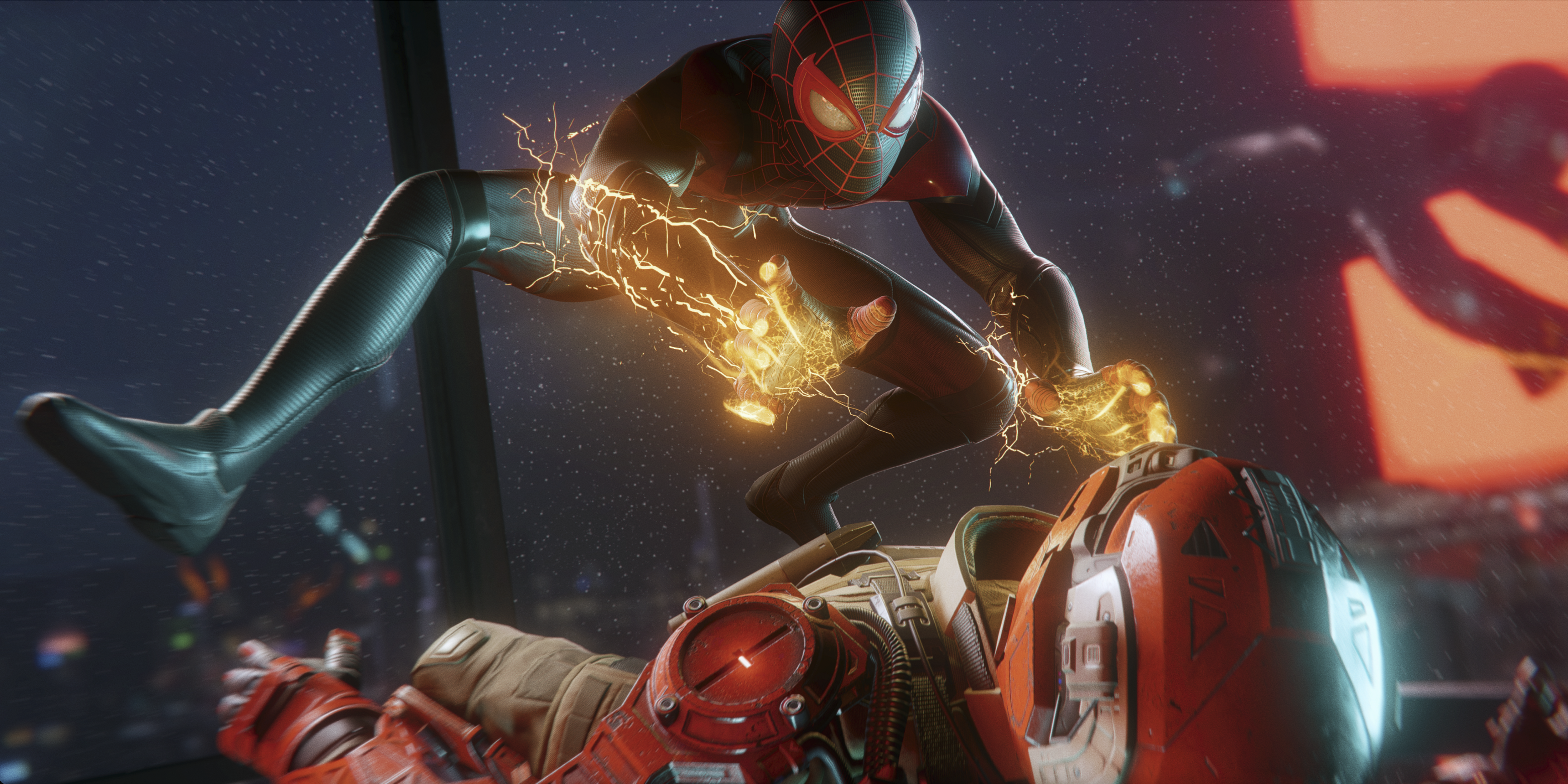 The venom power being overpowered, the rhino battles being ruined is all under the umbrella of “the game is too easy”. This is a problem for original Spider-man too. The game is too darn easy. Even in spectacular mode which is the hardest difficulty (yes there is ultimate but it’s not initially available). It’s so easy to the point where if you get hit in combat then you are not that good or weren’t paying attention. In Batman Arkham asylum and arkham city it was harder because Batman has way less mobility and powers than spider man. Batman can get countered and some moves are forbidden to use because a stun baton carrying thug and they are immune to certain attacks. Spider is a much more powerful character and truthfully that’s how spider man would be in a fight. He would never get hit by these thugs. Never. Those attacks and swords?… He dodges those, clean. So the game is accurate but it should be like that for normal and easy difficulty where you literally become spider man and he’s near impossible to kill. While spectacular mode should have you nerfed and buff the enemies. They should be more aggressive and relentless, deal punishing amounts of damage and make beating the game an actual challenge. The venom recharge rate made rhino a joke. It Ade dealing with the enemies a joke and too easy. The venom abilities are excellent and cool though but needs to be nerfed for the higher difficulties. The hardest part of the game was the final battle with the tinkerer as she has a useful counter ‘get off me move’ which deals good damage. Nothing else in the game was hard. 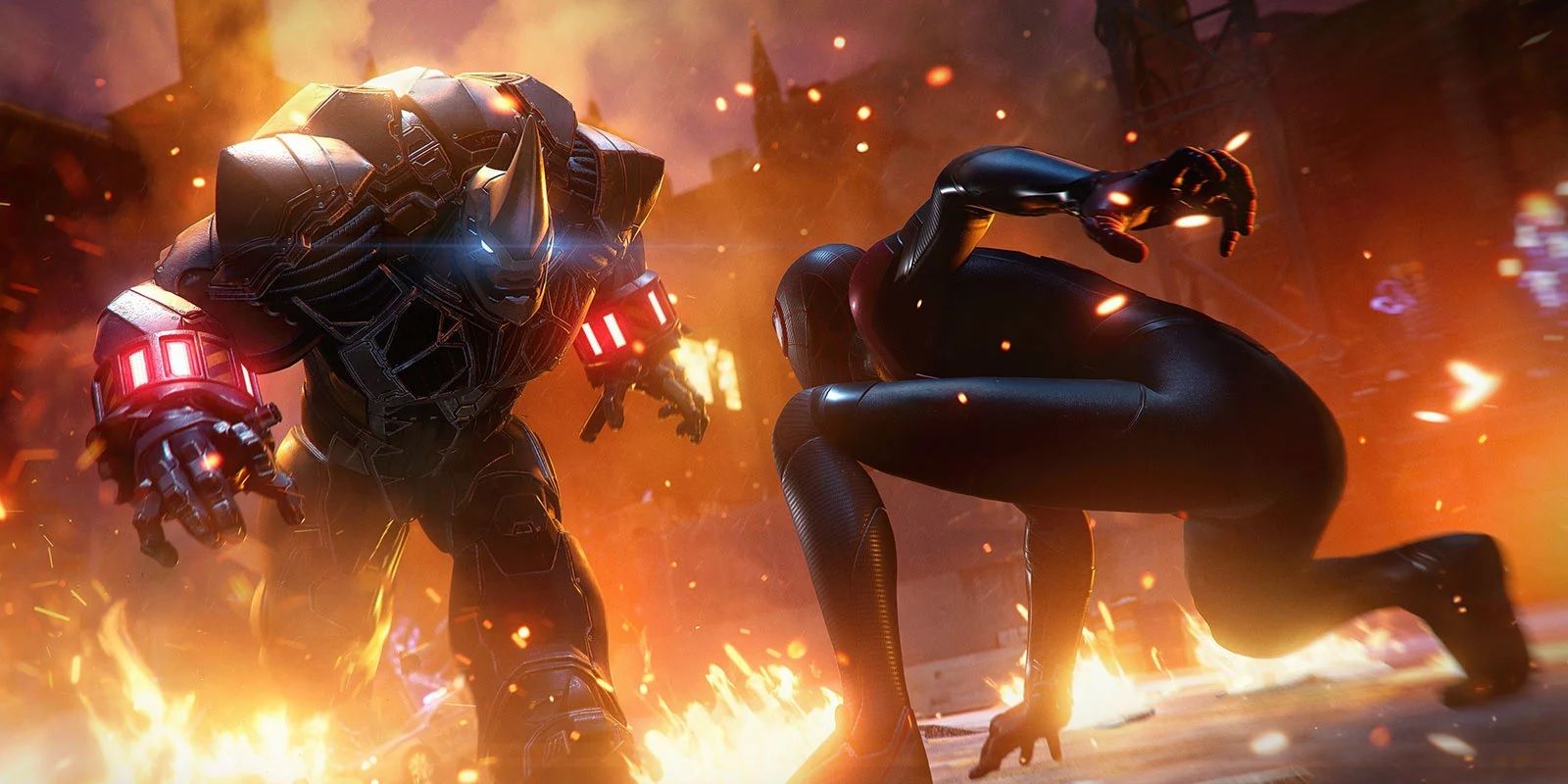 The length of the game was too short and it proved the xbox fans right, that Spider-Man: Miles Morales is a DLC that costs $50 (in America). It’s over priced. Now we saw this coming as the official name is Spider-Man: Miles Morales. It’s a smaller adventure within the Spider-Man world. If you just go for the main story, you can blow through it very fast. Yes there are side quests and collectibles but they weren’t made interesting enough. Even CoryxKenshin, the ankle breaker himself (got his ankles broke by X35 Earthwalker though) made it clear he is not doing that mix tape side quest where you collect the sounds to learn the truth concerning the dad and prowler. Even CoryxKenshin who was hyped as freak for that game couldn’t be bothered and didn’t want to do it. So the game is really short. Coryxkenshin was shocked that he was at the last part of the game already. So let’s quickly sum up. Spider-Man: Miles Morales had a lack of bosses, the rhino boss fights were lame, lack of variety of enemies, the game is too easy even on the hardest initial difficulty and the game is too short. This is just us without going in depth and keeping it simple. We don’t believe the game is worth $50. It’s a dlc and should have been marketed that way. But seriously though, look at the gameplay of the beginning of the game below and tell us it’s not awesome. Shame that’s the best part of the game and nothing else is on it’s level.

Now overall Spider-Man: Miles Morales is a very good game. The animations are very good, the cinematic scenes are excellent, the story was good and made sense, the combat and powers while too easy was fun to play as a powerful super hero called Spider-man, graphics are excellent, the web slinging was good but you have heard many people already say all this and we are mainly focusing on the negatives here. So yeah, easily Ori and the Will of the Wisps, Indivisible, Gears tactics and Tetris Effect: Connected are all better games for what they are but players will still enjoy Spider-Man: Miles Morales. We would give it 6/10. Sounds harsh but nowadays with next gen consoles and technology almost all the serious games have great graphics, music and animations. It’s become the standard and not some big point winning factors anymore. Spider-Man: Miles Morales is a very good game button as good as people say it is. Now Spider-Man: Miles Morales may be at it’s best at the beginning of the game but one thing that’s always at it’s best all the time is… the ‘Earth Walk!’