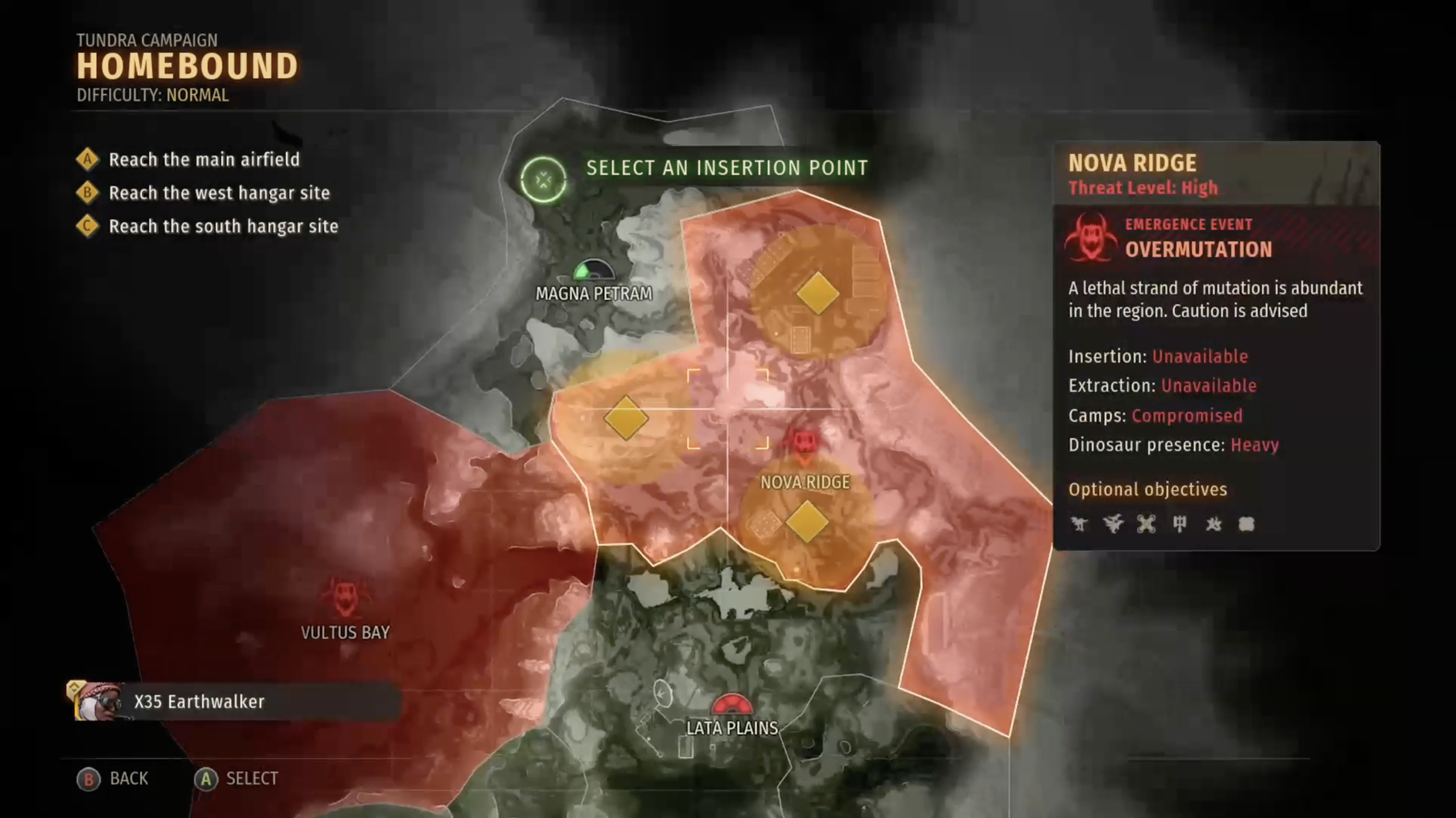 Second Extinction is, in case you didn’t know, a co-op action first person shooter where players face off against dangerous mutated dinosaurs. Currently we are really enjoying the game. Haven’t played for long though. X35 Earthwalker has made a gameplay video and done one livestream on Second Extinction. Even so we have some good feedback already for the developers Systemic Reaction. So listen up. Let’s take a look.

We will say it again Second Extinction is an awesome game and we are having lots of fun. We won’t talk about any bugs and performance issues since Second Extinction is in a preview state and not a fully polished built state. They give you a clear warning as you start up the game. They even warned the game might crash. It did. Twice. The first crash happened right when we were about to complete a mission. At the extraction and the ship arrived but it crashed. Worst place to crash ever. The game did warn us that could happen so yeah, we weren’t mad but not happy at all. So on to actual feedback. 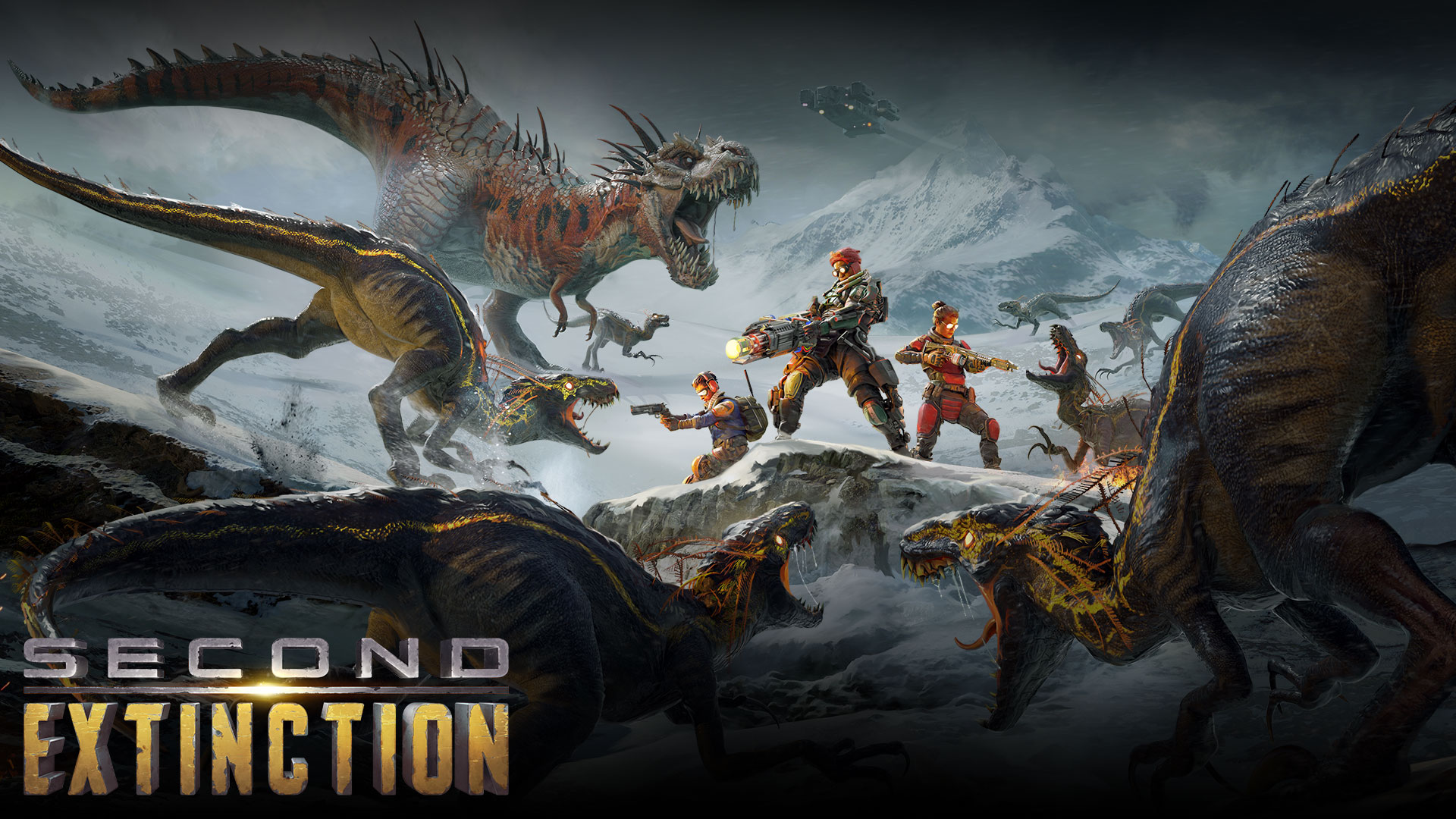 The Black box optionals missions are bad, especially since you don’t know what to do. Our first two attempts at a black box mission were fails. We called in the scanner and it pointed in a direction for us to explore but we weren’t sure were though. We went in the pointed direction and found nothing. We tried to call in another scanner but you can’t outside the range of the crash site. We thought maybe the black box it’s in range of the crash site. It’s not there. Only during the livestream where we didn’t care about the black box we found it by accident. The laser points in a direction and it’s somewhere far in that direction but what we didn’t know is that what we need to look for is another broken part of the ship like an engine. It’s right there. We found it by accident but now we know what we are looking for. Maybe an extra clue would help first timers.

We advise that the mini gun gets renamed to chain gun instead as it’s just not powerful enough to be a mini gun. Mini guns lay to waste everything in front of it. Mini guns are over the top powerful. This so called mini gun feels far weaker. It’s rated as less damage than an assault rifle. No assault rifle is stronger than a mini gun. So change the name please and don’t insult mini guns. The most annoying enemy in second Extinction, those ankylosaurus (flat backs) can all go straight to… a unpleasant place. When they do their rolling spinning attack, it’s level of tracking is not consistent. At times it’s pretty much undodgable while a few times it’s like it doesn’t track at all-ish. For the most time it can be dodged well but try to make it more consistent if possible.

Rosy is currently our favourite character both in terms of design and ability. Her electric fence ability is great. Issues with it are that it’s range is a bit too small. Fences should be able to be set a bit farther apart. Also dinosaurs that jump through it should still be effected. Those annoying electric ones love to jumping lunge attack which lets them go through the fence for free. Maybe they still take damage but we want more of an effect. Also those electric raptors love to dodge your shots. The problem is that they are even dodging ‘mini gun’ fire. There’s too many bullets. We are seeing them take no damage at times even though shots clearly go through it’s body. You can’t dodge ‘mini gun’ bullets.

The very last thing we want to bring up for now would be the lack of split screen co-op. Second Extinction is a co-op game but don’t have full co-op options. Sure we can invite other players and even search for random players but you can’t play with friends and family from home. There’s no split screen local co-op. This instantly eliminates some people we want to play with. Getting a local split screen would make this game more accessible and bring more players for sure. So these are just some feedback we have already. We hope the Second Extinction developers ‘systemic reaction’ listen and make their game even better. There’s work to be done. Now Second Extinction may be great already but it’s far from being perfect as… the ‘Earth Walk!’