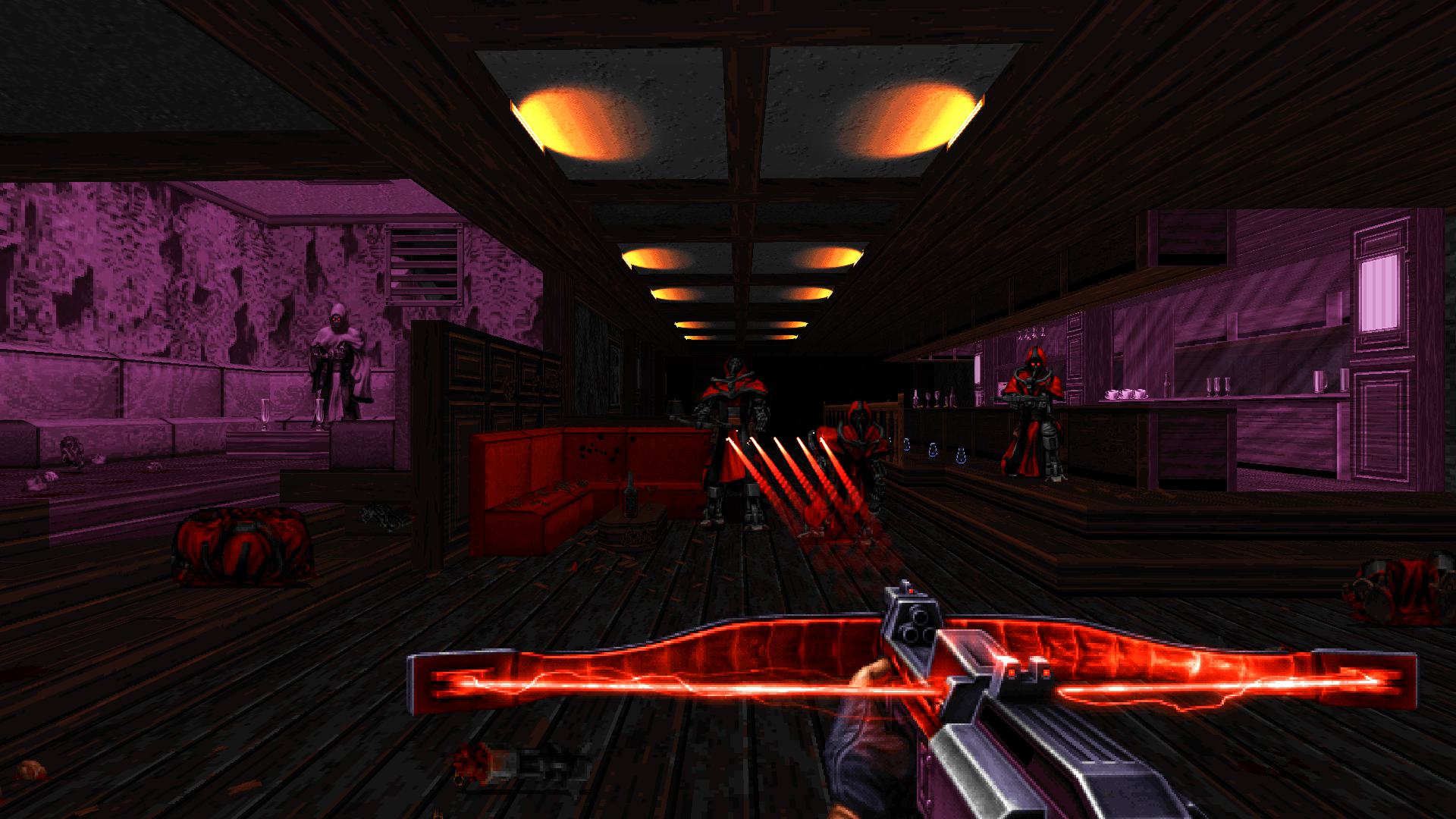 Ion Maiden is a new action first person shooter game developed by ‘Voidpoint’ and published by ‘3D Realms‘. It is said to be coming out in the second quarter of 2019. We know there’s an early access out already but we don’t care about that. Ion Maiden aims to bring back the old ways of first person shooters. Let’s take a look.

The story in this world of Ion Maiden is that there’s an transhumanist mastermind called Dr Jadus Heskel. He has a full fledged “cybernetic cult” with numerous members. He has released them into the streets of Neo DC. Off course this causes chaos, destruction and loads of problems. This is where the players comes in. Players control Shelly “Bombshell” Harrison who’s aim is to take down Dr Jadus Heskel. 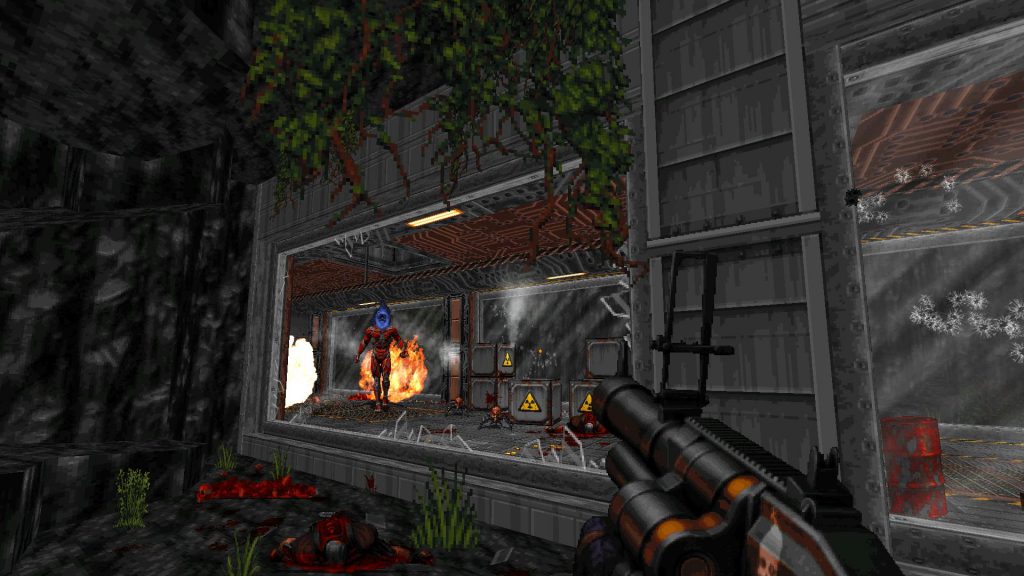 Now Shelly isn’t a stranger to explosions as before these recent events she use to defuse bombs for the global defence force. but now she’s causing explosions in her battle against the cybernetic cult. Now Ion Maiden has a lot to live up to as it aims to bring back the style of the old first person shooter games like Duke Nukem 3D. If you couldn’t tell from looking at Ion Maiden, it has the retro style look as well.

Players can expect the old gameplay style too in Ion Maiden. Strafing left and right, running and gunning, all that good stuff. There is no regenerative health, just like in Ultimate Doom, so avoid getting hit at all times. There are no mandatory check points either, so players better learn how to survive. The levels are multiple paths you can take to complete levels and you can expect enemies around every corner who are quite trigger happy. 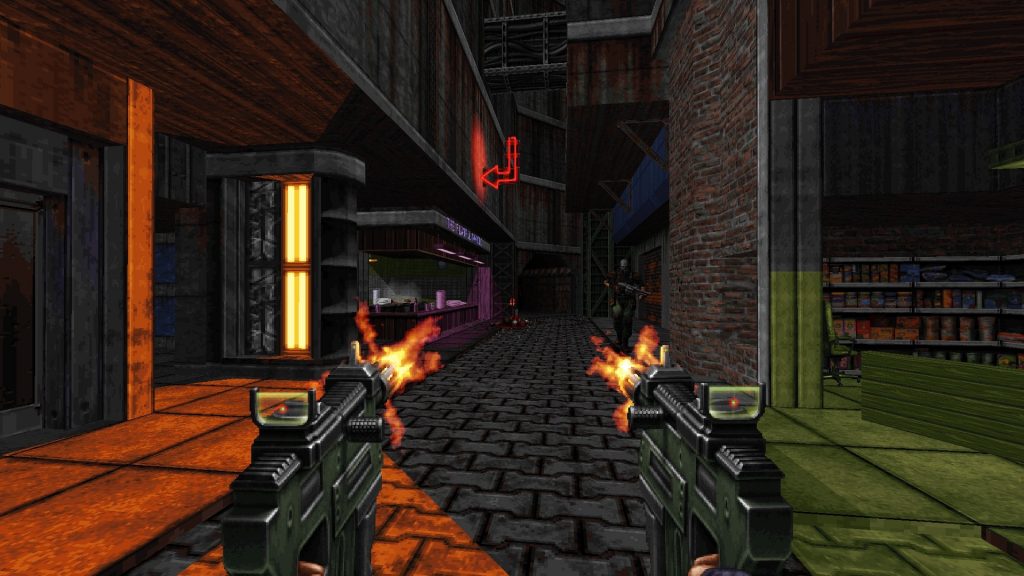 First person shooters like this need a wide range of weapons and options. Ion Maiden claims to have that. There are grenade launchers that can explode and release bullets like a shotgun, Shelly’s signature revolver which is more unique than your average Wild West gun, shotguns, dual wield sub machine guns, a cross bow, stun baton, grenades a chain gun and more. We hope Ion Maiden gets the weapon options right. Many games have guns that are clearly way better than others. Some guns will never get used unless the others run out of ammo. Options are a good thing.

There is some more stuff going on with Ion Maiden though. It won’t be simply running around. Players can climb, swim, duck and jump. Imagine jumping in ultimate Doom. Some guns have different firing modes and there are different types of ammo too. There are seven different zones to fight through and each of those zones have their own levels so get blasting, shooting and exploding and don’t forget the running.

We checked out some gameplay of Ion Maiden and it’s what we thought. It’s what any gamer who knows of Ultimate Doom and Duke Nukem 3D would imagine it would be. Run around, firing lots of shots, ducking and dodging incoming fire, discovering secret areas, finding new weapons, picking up health, gathering ammo and eventually facing the dangerous bosses that will be more than ready to fight.

Overall Ion Maiden seems like your old first person shooter game. It looks exactly like those old games but off course with some more modern ideas. We don’t think Shelly is cooler or better than Duke Nukem but she definitely sounds like the “bomb” (see what we did there?). The developers ‘Voidpoint’ have so far look done a good job with this game. We at X35 Earthwalker will be keeping an eye on Ion Maiden and see what it brings. Now Ion Maiden may have lots of guns and explosions but nothing hit harder than… the ‘Earth Walk!’