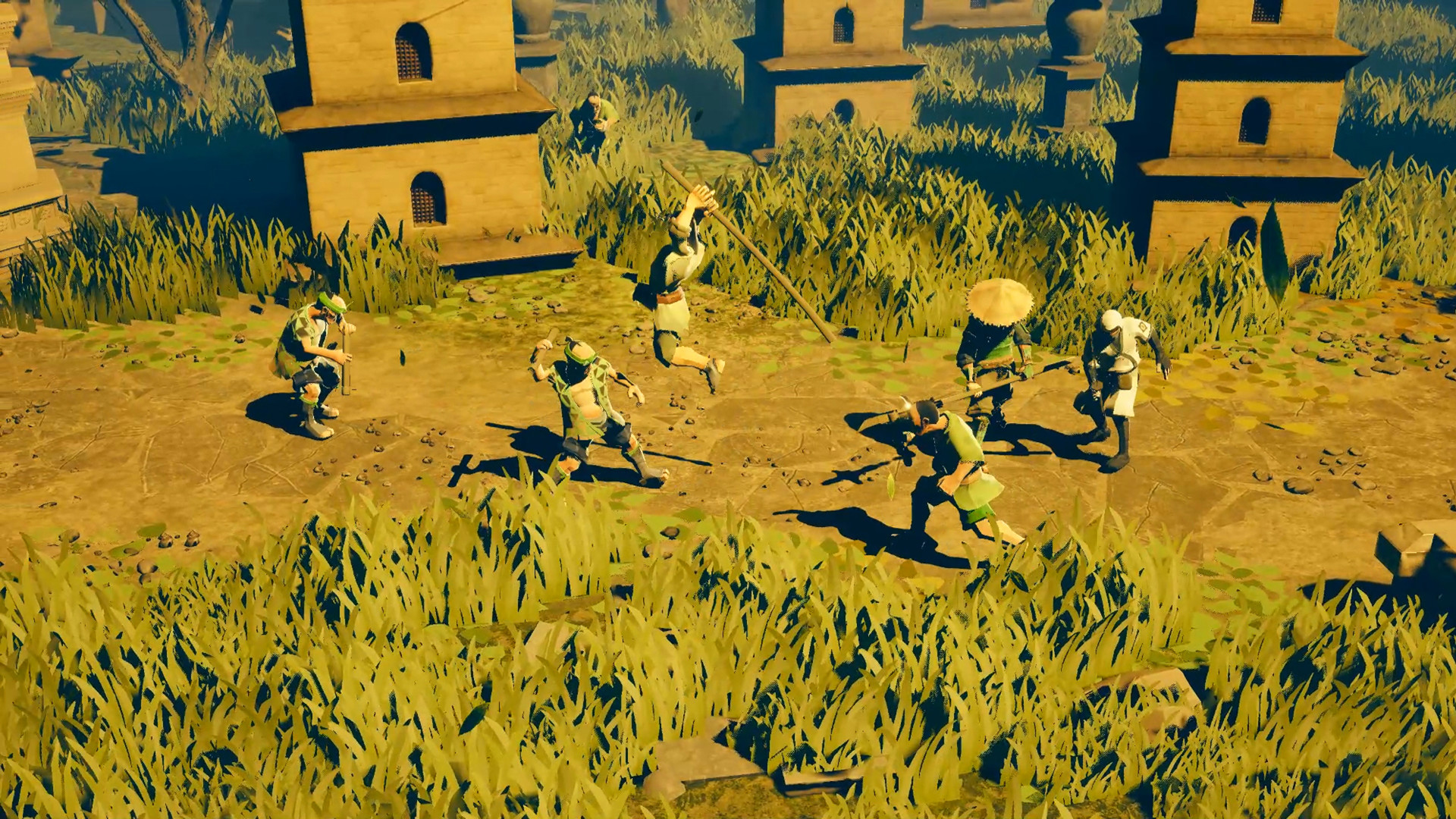 9 Monkeys of Shaolin is a new beat em up game developed by ‘Sobaka Studio‘ and published ‘Buka entertainment‘. It is said to be coming out in the third quarter of 2019 on the Xbox One, PS4 and PC. It’s said the gamers who loved throwing and beating up enemies left right and centre will love 9 Monkeys of Shaolin.

In 9 Monkeys of Shaolin players control a regular man. In fact he is a Chinese fisherman called Wei Cheng in medieval China. Basically a pirate raid happened at your peaceful village. During this raid, people died but also your friends and family. So off course Wei Cheng did what any other regular fisherman would do… get revenge! He sets out to avenge those who were killed. He’s armed with basic knowledge of ancient martial arts and a battle staff (we love this weapon). That’s all he needs. 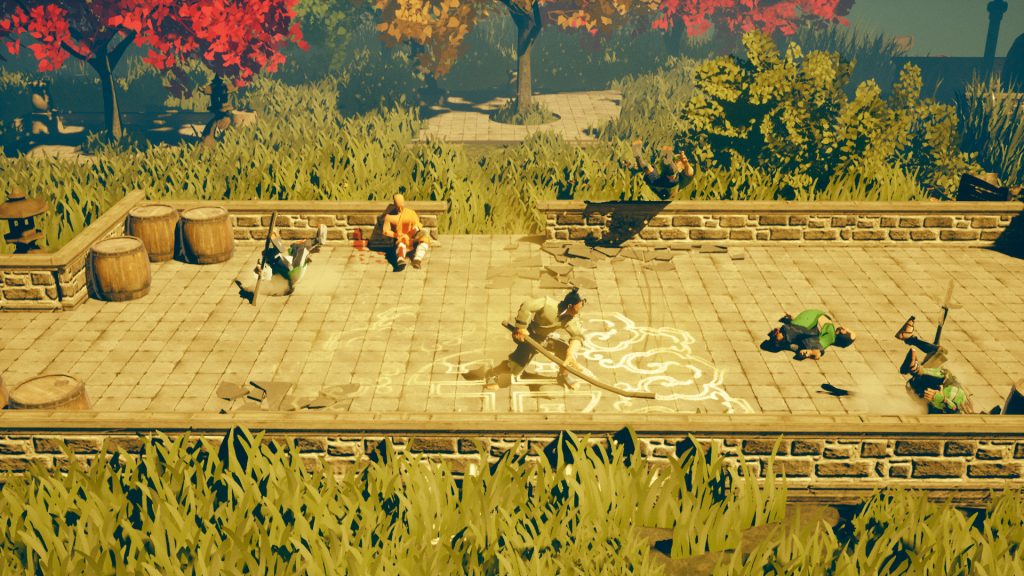 There are three styles. Three different fighting styles that players will need to master and use to their advantage: fighting on earth, in the air and magic seals. Already you can see where this is going. So if enemies want to stay on your level and duel then beat them with solid earth combat. If an enemy his launched or above you then take the combat into the air. We all know that magic is games is ranged attacks to buffing so they should really tip fights in your favour. There is also a character development system. 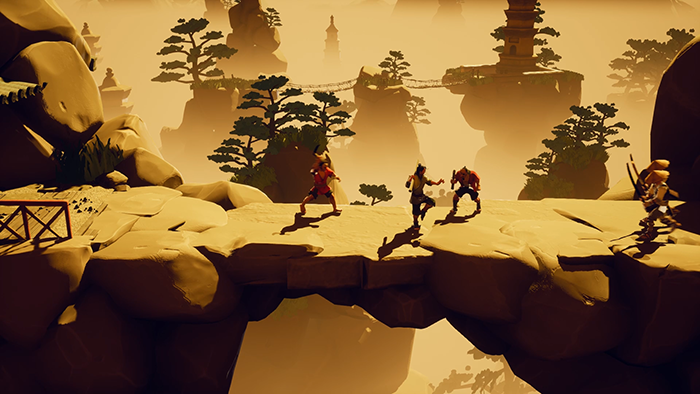 9 Monkeys of Shaolin has been developed in a way that allows players multiple ways to get the victory over the enemies. Variety is always a good option. There are fighting styles to unlock and master, perks to obtain and use, items to get your hands on and apply to the situation. The character development and what can be done goes quite deep. Remember that.

9 Monkeys of Shaolin has more than 25 different levels. So you can look forward to Japanese mansions, Chinese villages, buddhist monasteries, pirate ships, ancient ruins and more. We hope the variety in levels are deep and done well as it makes a big difference in games like this. There are at least 10 types of of Chinese and Japanese polearms. This has caught our interest as we like details like this. What type of wood are these pole arms made from. What about red wood? Interesting stuff. More interesting is that these different polearms have different unique traits.

We checked out some gameplay of 9 Monkeys of Shaolin and it currently looks cool. It also looks quite deep. You can deflect projectiles, switch sides, combos, evasion and more. Magic seals have a variety of effects too and they help with set ups too. The combat is looking good. The art style is more simple and looks alright. We expected a bit better. Our favourite thing once again is that there’s co-op multiplayer. You can play with a friend online or even better play local with someone. Cool right.