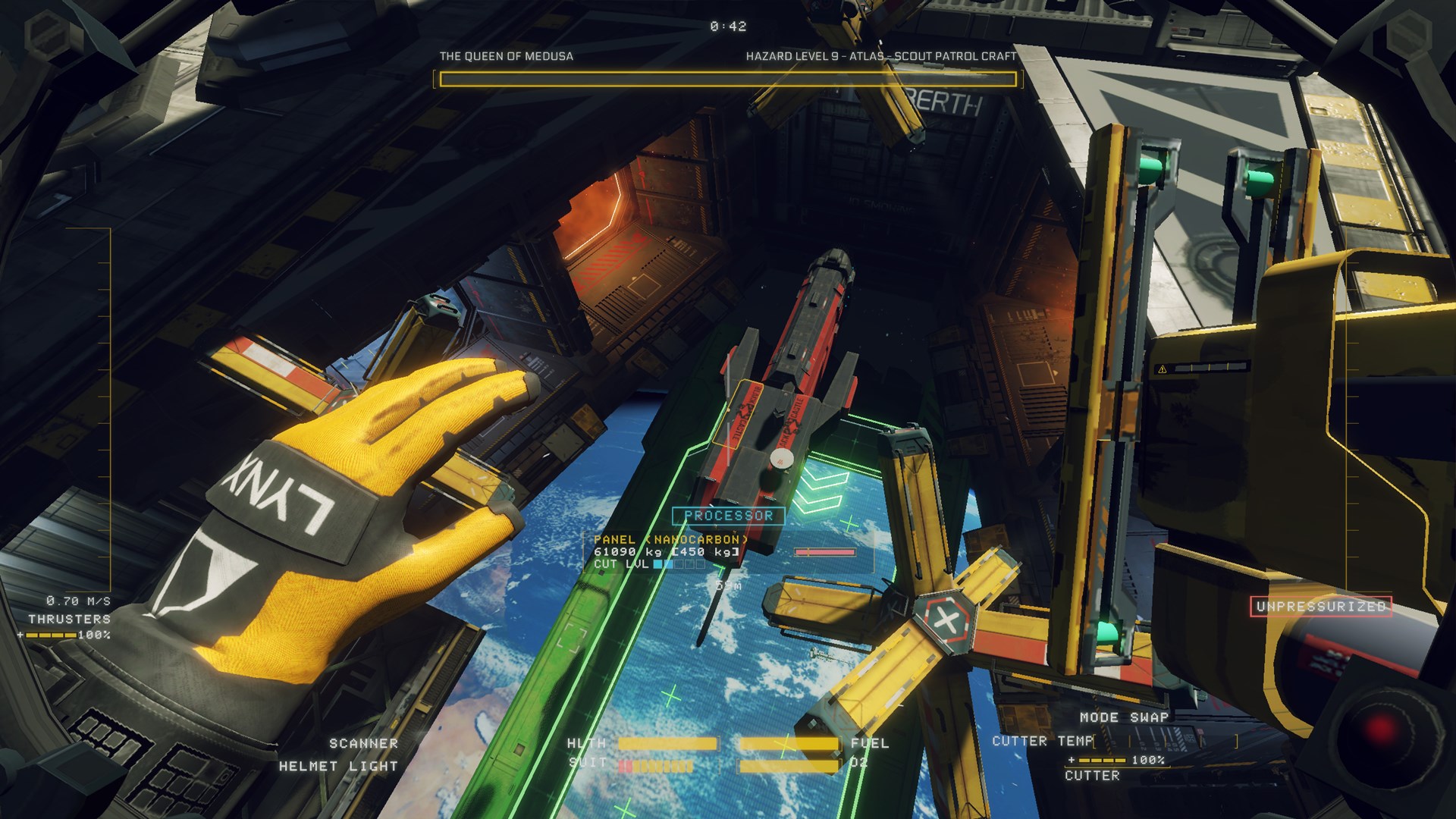 Hardspace: Shipbreaker is definitely a simulation space game. You basically live the life of a spaceship salvager… in space. So you will be moving around in space, cutting and slicing spaceships to get salvage and anything precious or of value. Why? Well for some reason you are in a huge debt to the Lynx corporation. You owe 1,252,594,441.92 Credits! Yep. So yeah. This is your new daily life. 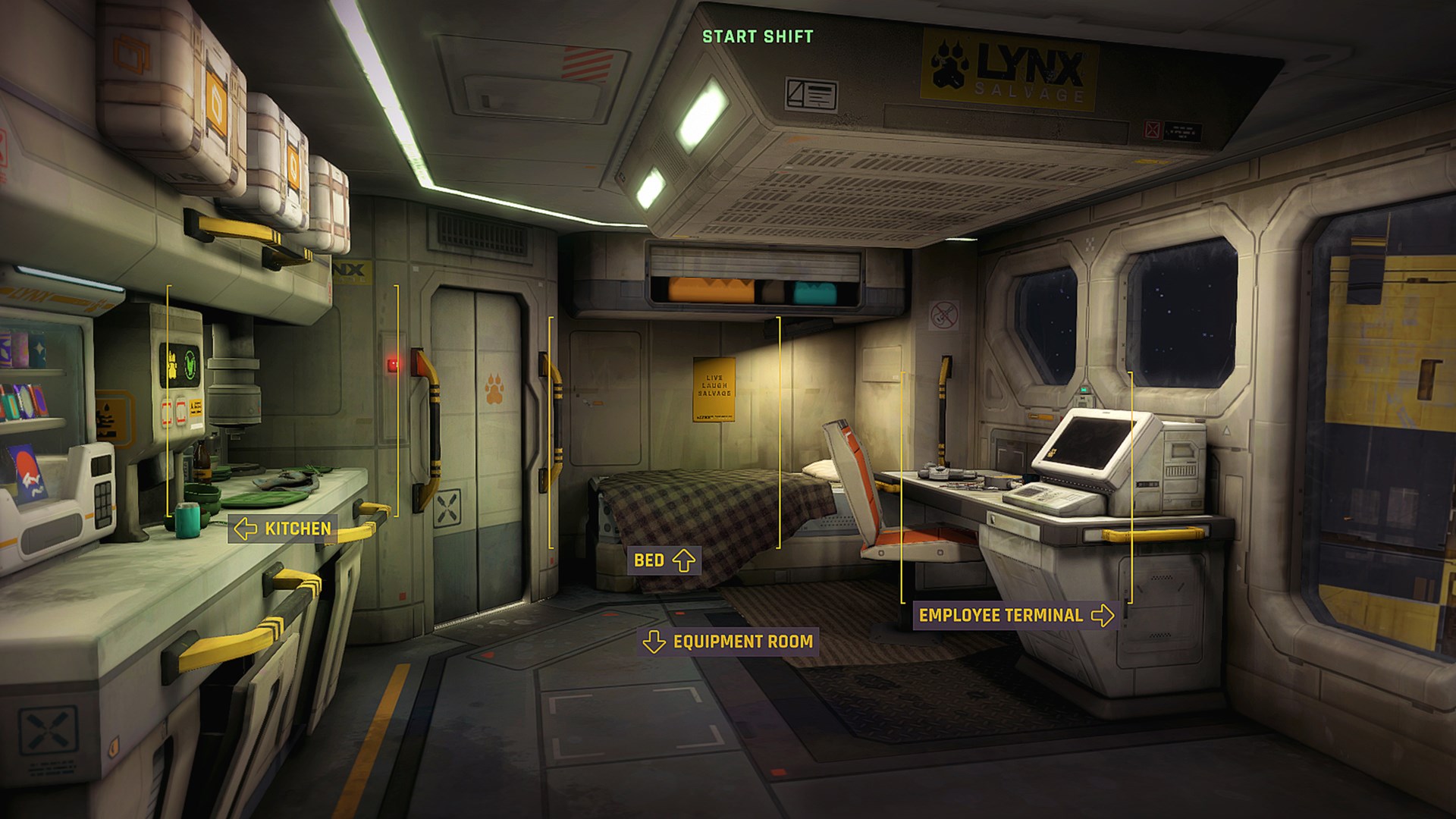 Hardspace: Shipbreaker did a good job concerning Lynx Corporation. Already we don’t trust Lynx Corporation. Listen to what they say quite clearly. First quote: “We offer you the privilege of helping turn humanity’s past into its future by salvaging ships in zero-g.” This sentence is stupid and sounds like propaganda. Never trust corporations that say dumb stuff like this. Second quote: “Across your career, you’ll have the privilege of paying your debt to us by purchasing salvaging rights to increasingly large and valuable ships.” Paying debt isn’t a privilege. We don’t trust these Lynx guys. 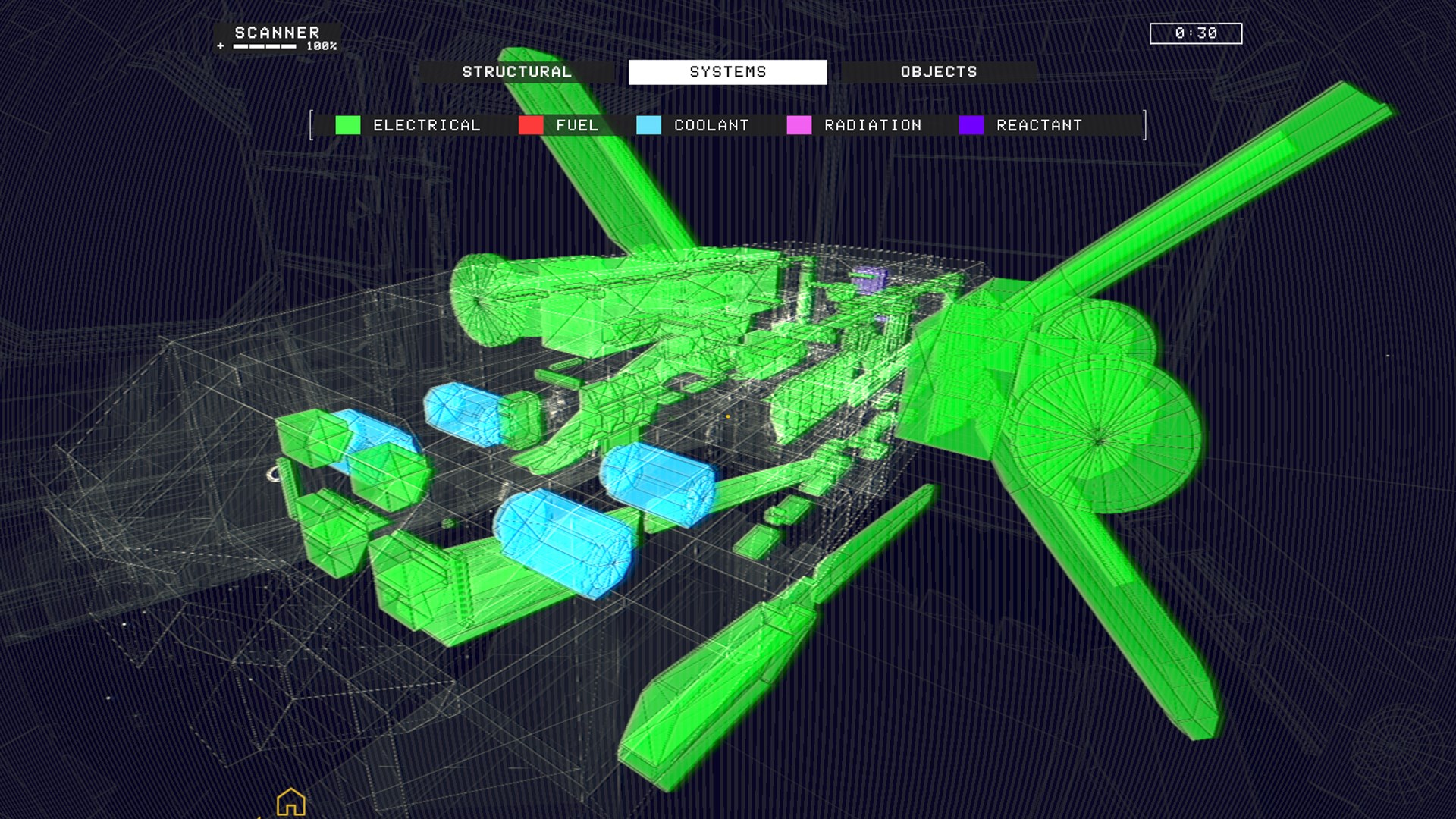 This isn’t a simple happy go lucky space gig. Hardspace: Shipbreaker can actually be deadly. Players need to be cautious and have precision. This is because thanks to the next generation consoles, like Xbox Series X and Xbox Series S, there’s room for “unlimited cuts through materials at any angle”. There’s also “simulated electrical systems, atmospheric pressure, fire, fuel and coolant lines”, which makes every ship a “deadly minefield”. So study the spaceship and be careful. Decide what order you want to do things and what materials you are about to cut through.

We checked out some Hardspace: Shipbreaker gameplay and it’s what we expected. It’s deep. Requires some thinking for sure. We like cutting the wrong thing or causing a problem on this part of the ship can cause chain reactions… which could mean you die. Watch out for heat, cold, electricity, explosives and more. We aren’t impressed visually but it does look good for sure. We like that Hardspace: Shipbreaker is a realistic, precise space game. We do wonder about the difficulty though.

Overall Hardspace: Shipbreaker looks like a very good game. Many have had good things to say about it. It’s an experience for sure as not many games are like this. We definitely liking the view of earth. Oh and we need to get rid of Lynx corporation. The developers ‘Blackbird Interactive’ have done a very good job so far. We at X35 Earthwalker will have to see how hard this game is. Now Hardspace: Shipbreaker may have precise and dangerous space ships but the levels of them are too low for… the ‘Earth Walk!’