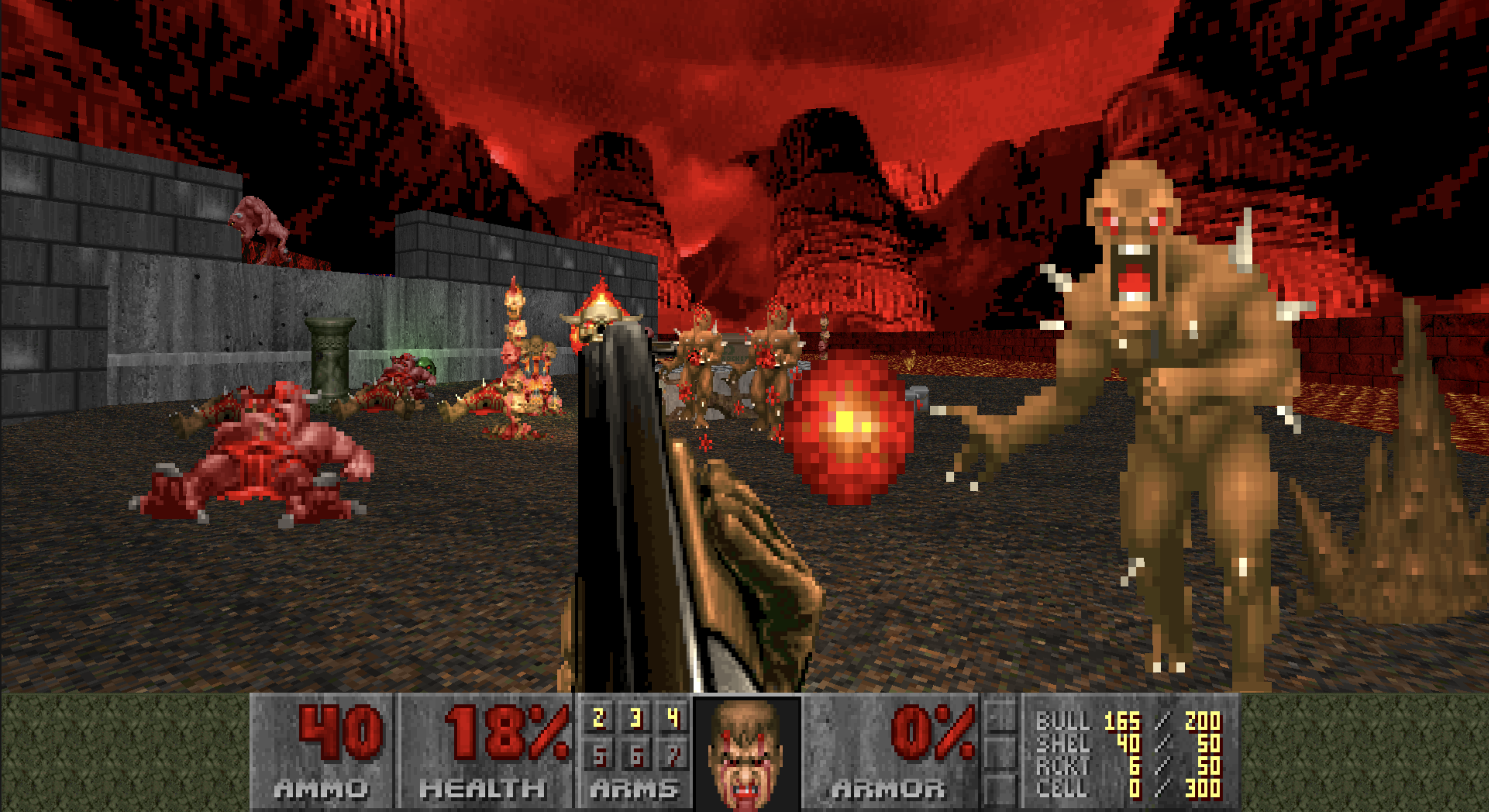 Players control a character called Doom Guy who later go on to learn that he’s called the Slayer (We wonder why). You start the game with a pistol which was typical of first person shooter games back then. Your first enemies where zombie men who were weak and never a problem. Ultimate Doom goes easy on you for the first level but does a good job at showing players what this whole game is about. You move fast, enemies tend to always be in groups, you must find items and ammo and there are secrets in the levels. Finding the secret location in the first level will reward you with a rocket launcher. Many players have accidentally killed themselves with the rocket launcher (admit it, don’t be ashamed). 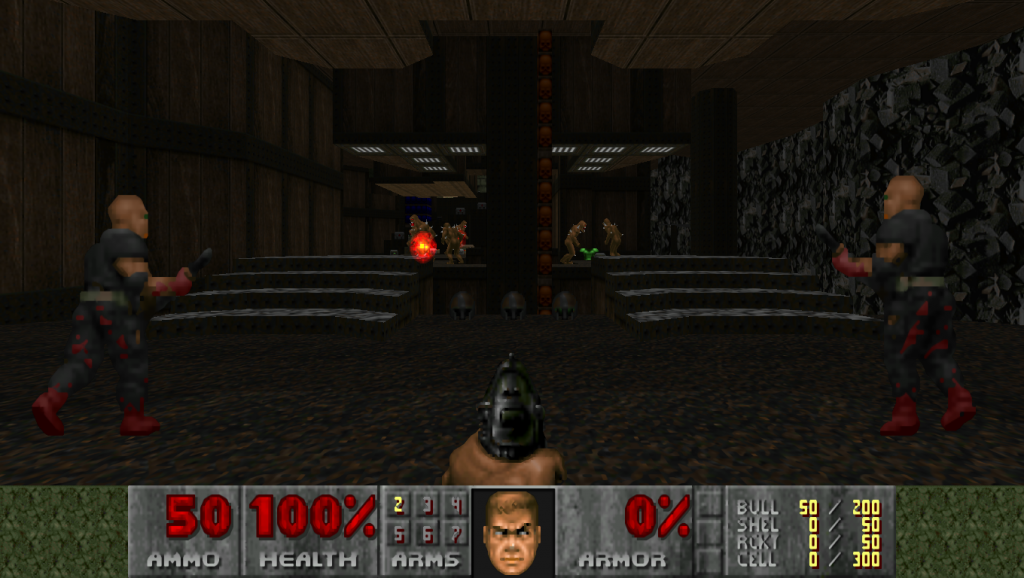 Eventually everything goes from “hey not too rough” to “hurt me plenty” real quick. Before you know it the levels feel like “Ultra-violence”. Why? Because there are so many enemies, traps that can result in your death, many secrets you missed and a whole abundance of projectiles coming straight at your face (can’t you sit still in your seat?). So how do you survive? It’s easy… keep moving and move fast! In Ultimate Doom, Doom Guy (you) have unlimited stamina and run really fast. You can even outrun your own rockets. Move around, aim well and take them all down before they get you, then find those medkits and stay topped up.

Many players including us enjoyed this. There were a variety of weapons. many levels, many different vicious enemies, surprises in each level and things got harder as you progressed. There was lots of colours, dead things everywhere and hazards. X35 Earthwalker, the legendary soldier himself played this game when he was very young. This game was fun. We remember getting the shotgun  for the first time and really started dropping those enemies easy. The imps didn’t phase us at all as they were easier to deal with in most situations. We had to dodge those fire balls they threw. Maybe… just maybe… we leaned to get out of the way… sometimes… maybe. It wasn’t long before we ran into the stronger pinky demons who forced you to back off as they just rushed you down but with diagonal movement until they were near you. The zombie men with shotguns was the biggest threat at that point as they had good accuracy and their shots did big damage as a shotgun should. It gets worse. 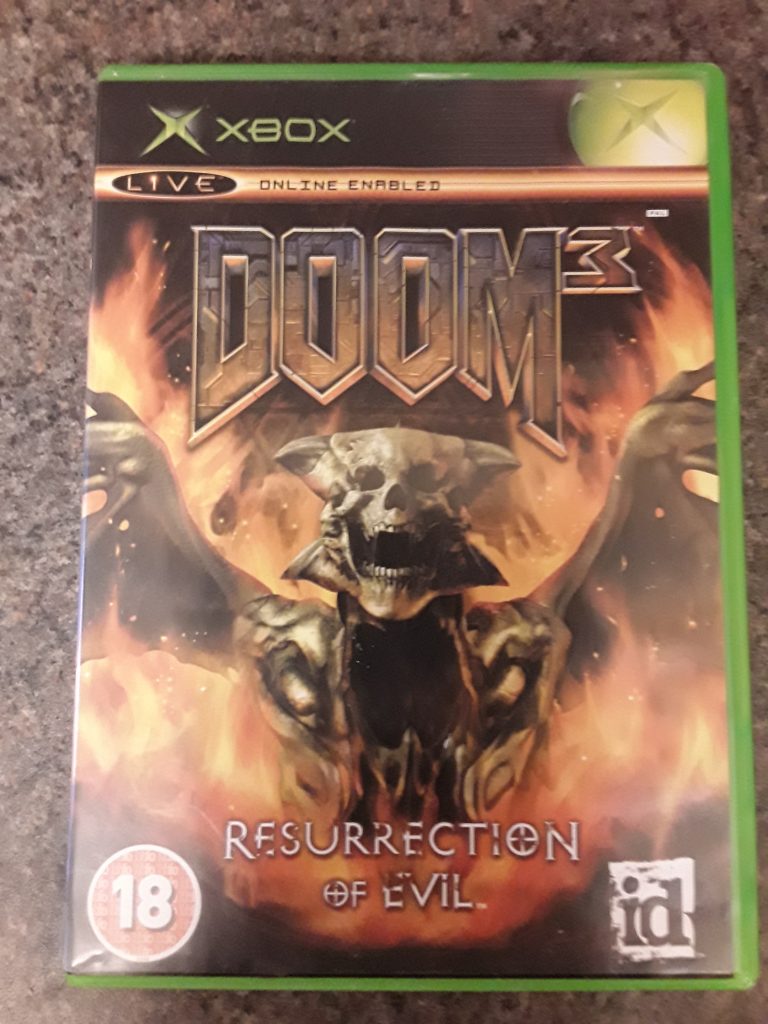 By the way we played Ultimate Doom through the game Doom 3 resurrection of evil as Ultimate Doom, DOOM 2 and the master levels were free features. Levels required you to search them completely to find keys, areas, switches and more to make your way through them. Some rooms had traps; for example, you enter a room and see the blue key you need. You grab it and then you hear many enemies. You then realised that a wall had opened up and enemies come out to say hello. Some times they were triggered by grabbing a certain weapon and some times they were triggered just for entering a room. Completing each level and seeing your completion percentage was cool but at times annoying as you always see the many secrets you missed. Today you can see whole gameplay guides showing where the secrets are. Ultimate Doom is Cleary not another shooter game.

This game was really fun. The best thing about Ultimate Doom was that you can play with others. X35 Earthwalker, the one true Earthwalker also played through Ultimate Doom with family. It was funny simply because at first we stuck together making our way through the levels but later on ended up confidently splitting up to tackle different parts of the levels by ourselves which could get chaotic. When one enemy was chasing one of us, one of the family would keep walking behind that enemy as the enemies didn’t change target until they were attacked. We even lead that enemy around the map while two of us was walking behind it. When the levels got real big and dangerous we would all be in danger and since we were far away we will always here our soldiers get hurt, die or us literally calling to another to help. The memories are definitely good ones. One time one of us fell into lava and we watched their split screen to see if they can find the exit out. Spolier, they survived. 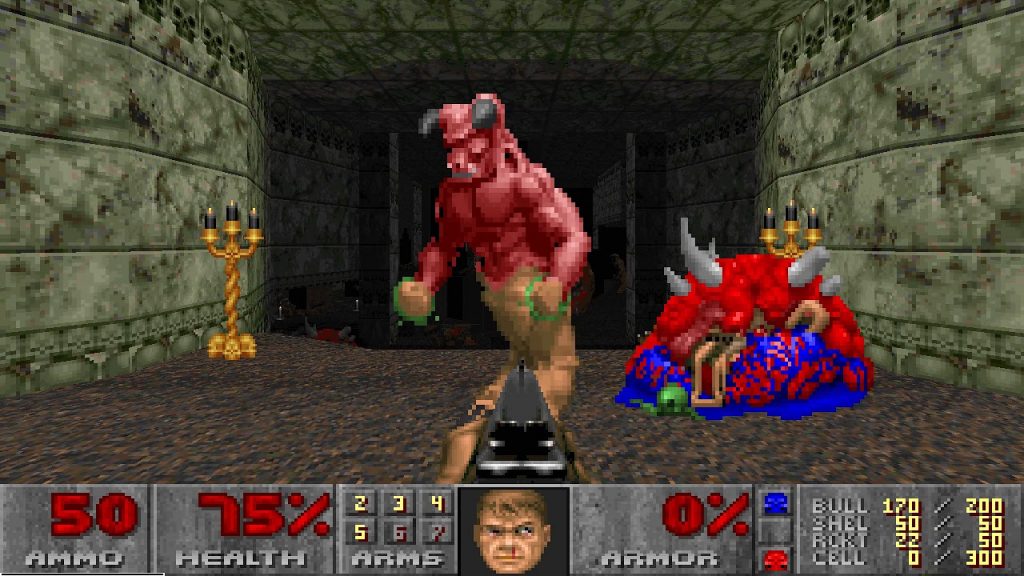 The enemies have to be the most memorable thing about Ultimate Doom. Especially the bigger ones like the pinky demon, hell knight, baron of hell, Cacodemon and Spiderdemon. When you see them for the first time you don’t actually panic or get scared simply because all the enemies pretty much ave the same pattern. They always come towards you, normally have projectiles attacks so you have to dodge, can take a lot of damage and give a lot more.

The first time encountering the Cyber Demon solo was a problem as those rockets seriously hurt and multiple times had to run away to find rocket ammo. one thing about Ultimate Doom is that if the game presents and gives you loads of ammo, weapons etc, you know it’s about to go down. Those side steps to dodge rockets and that Cyber Demon took forever to die. First time facing this demon with a team was a different story. We were running around it at full speed all launching rockets like we didn’t care. It was basically a big bug being surrounded and attacked by three hornets firing their advanced explosive stingers at it repeatedly without mercy.

Ultimate Doom did have some interesting features that can help out. For example you have a map of the level. We actually never knew we had a map for the longest time. The maps weren’t always clear as it’s 2D while we play in 3D (yes we know Doom was a 2D game they made 3D through smart coding). So when you enter a room you see some recognisable parts but mainly use the map when you are either lost or completed the level but was searching around. The map was a good feature though. Another feature which was much cooler was the fact that the demons can turn on each other and fight amongst themselves. This can be done when you make sure a demon of a different kind gets hit by an attack from another. If they are different types of demons, there is a high chance they will turn and fight them instead. We got to see who would win in a fight of one Cacodemon vs five Imps or two hell knights vs a mixed group of imps, pinky demons and zombie men. If you play your cards right, you can sit back watch the fight and place your bets (gambling is bad and we don’t encourage it).

Overall Ultimate Doom was a super fun game. There is so much more we can say about this game. Ultimate Doom had unique features, variety in levels, weapons and enemies, there were secrets, multiple difficulty settings, boss monsters, useful power ups, surprises, monster betrayal and best of all multiplayer. We at X35 Earthwalker can safely say that Ultimate Doom was not ultimate fun but tons of fun. Now Ultimate Doom may have you fighting demons but even Doom Guy working with the demons is no match for… the ‘Earth Walk!’