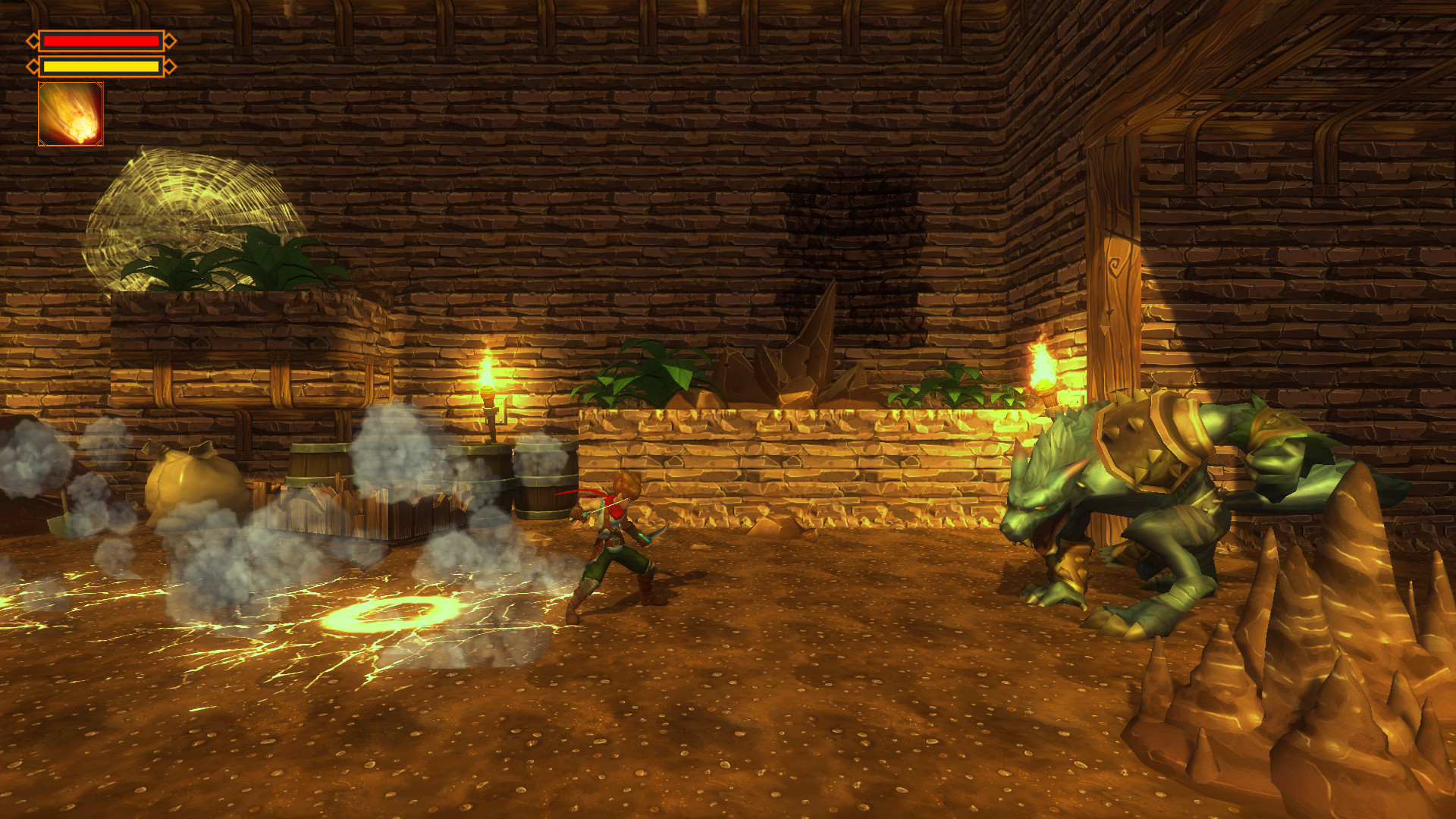 The Forbidden Arts is a new action adventure platformer game developed by ‘Stingbot Games‘. It is coming out in the first quarter of 2019 on the Xbox One, Nintendo Switch,  PS4 and PC. There was early access on PC in 2018 though. We’ve never heard about this game before but let’s take a look.

The Forbidden Arts has a story. Players control Phoenix, who’s protagonist (obviously). He  was getting visions and didn’t understand them, so he sets out to find a druid and get answers concerning the visions. This druid ended up awakening the pyromancer abilities that were within him. This journey that Phoenix will take will be all about him mastering his new hot powers while becoming something much more important and powerful. 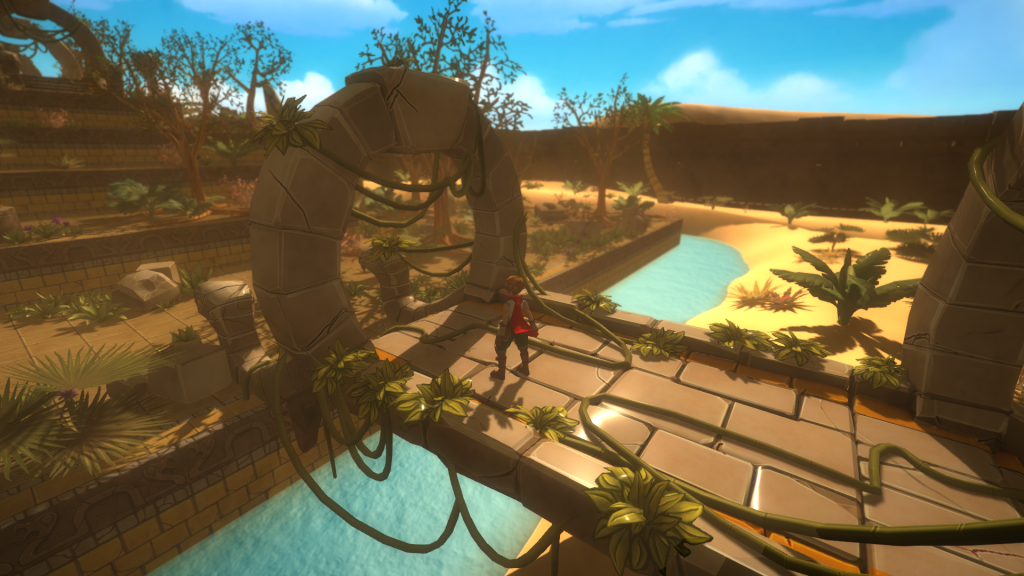 Now since The Forbidden Arts is an adventure game with platforming elements, expect to do some exploring. There are areas to discover and collectibles not far away. One of the collectibles by the way is gold which literally looks like a solid cube block of gold (that’s your rent money right there). So be patient as the worlds in The Forbidden Arts are very large. The different locations look and feel different. From swamps, to fields to deserts to dungeons and more.

There are secret locations and items that will unlock abilities for Phoenix so make sure to find them. By the way, this won’t be easy as there are lots of ancient magic and arts out there. We know for a fact that the necromancer Voltair is evil and he believes in a world that’s all about death. He is bound to show up eventually. Especially since he got kicked out by the council of magic. Bad guys never stay down.

Don’t forget, that The Forbidden Arts is a platformer. All action on the world map is 3D but all action in the dungeons are 2D. So expect lots of running, jumping, pits, wall calling, vine climbing, many obstacles, pits, spikes and more. Lots of opportunities to save your game, as in you can save almost anywhere at any time, which is both a good and bad thing. Good because then less chance of gamers losing progress but bad because some gamers are cheap who save every two seconds to undo all mistakes. 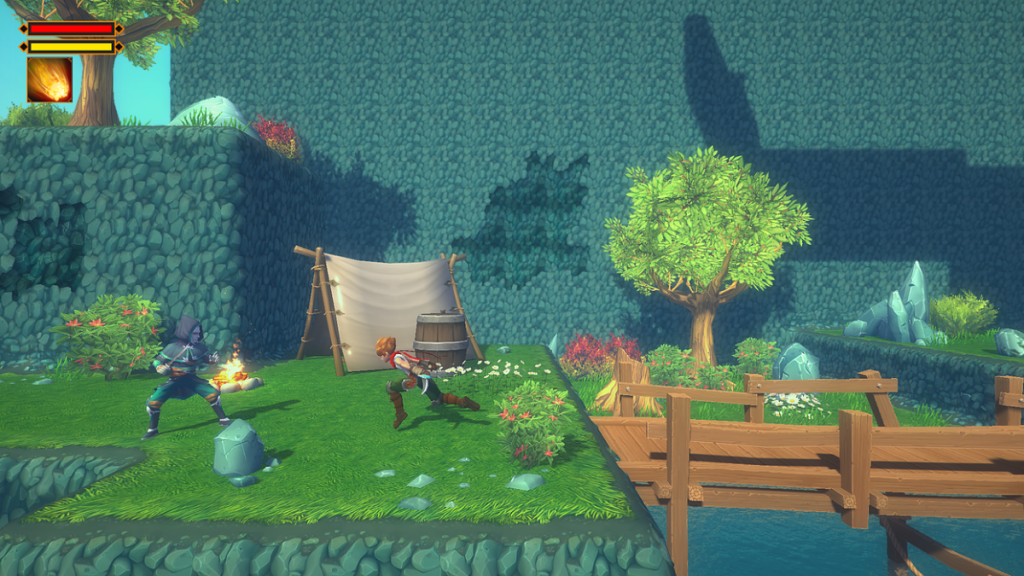 There are 5 different worlds, 5 big boss fights and many different enemies. You have enemies with shields, enemies that charge like a bull, flying enemies, melee enemies and enemies that only use projectile and some others can even teleport basically. We do like the variety though. Wolves, goblins, tortoises, bird looking enemies all around. Once you know it’s an action adventure performer you pretty much have an idea of what to expect.

We checked out some gameplay and it looks good. Remember, The Forbidden Arts is in the alpha development rage still so it will get better. You can  use your pyromancer powers in a variety of ways. Use fire defensively to protect from harm, hurl fire balls at enemies, charge up your flames and even manipulate the environment. The Forbidden Arts doesn’t look like a hard game though. Timing is required though when it comes to certain enemies. The game better get difficult.  ​

Overall, The Forbidden Arts look like a good game. The graphics for it’s alpha development stage looks good. The music is very good. The environments and even designs so far look very good too. The enemy variety and story are interesting. The developers ‘Stingbot Games’ are doing a good job so far. We at X35 Earthwalker look forward to seeing what else The Forbidden Arts has for gamers. Now the Forbidden Arts may have magic and different arts but even when working together they are no match for… the ‘Earth Walk!’