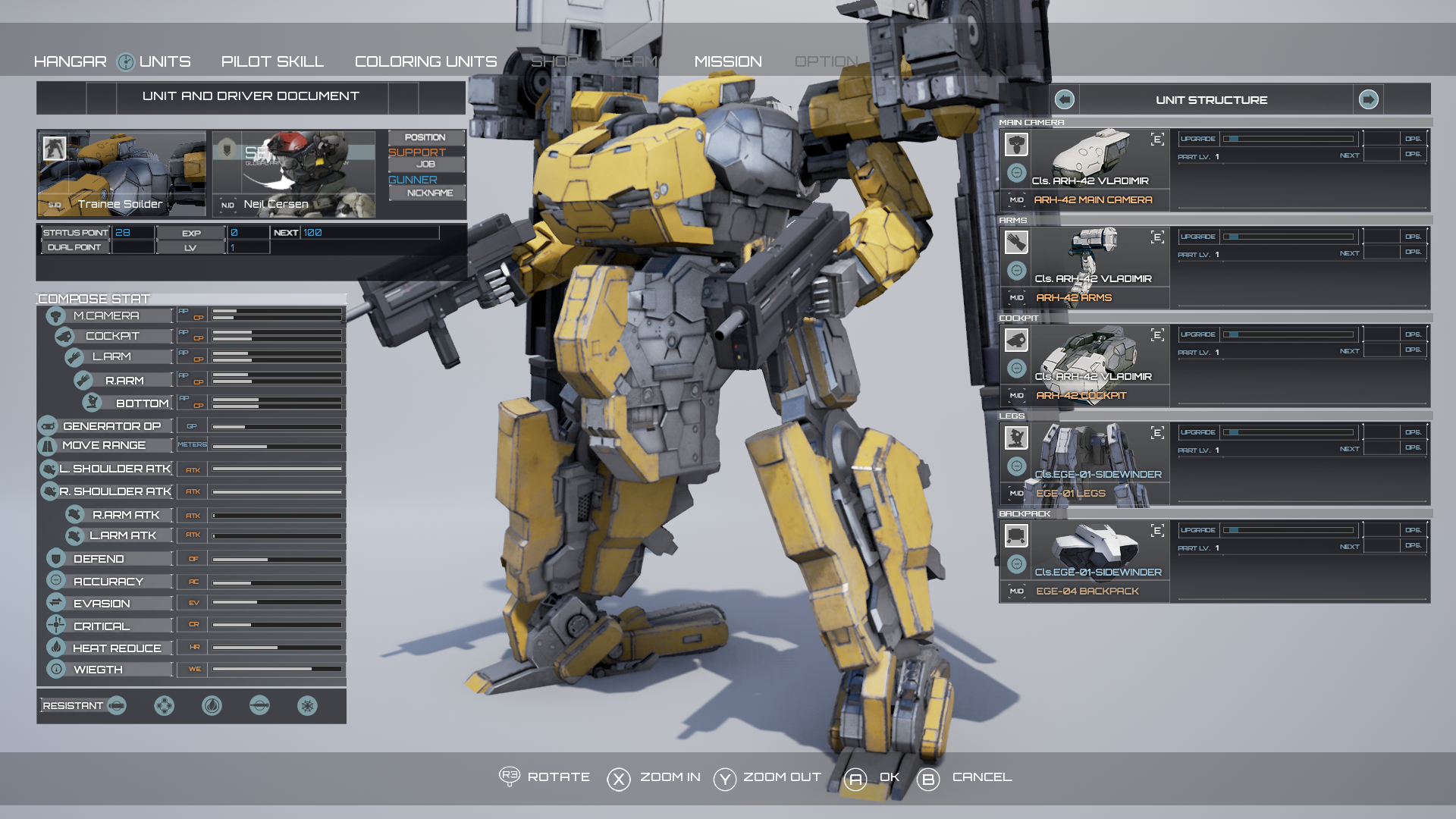 Dual Gear is a new turn based strategy action game developed by ‘Orbital Speed Studio‘. It has been saids to be coming 2018 (year soon over) on the Xbox One, PS4, Mac and PC. This game caught out attention straight away. Hope it’s very good. Let’s take a look.

The world of Dual Gear is originally set in 2064  where powerful nations built the Gaia Belt which is the orbital energy station for receiving the newly discovered energy source. It was later attacked by terrorists after a test and the successful completion of phase one of the Gaia Belt in 2101. TEC deployed the orbital defence gear to defend and they were successful but the damage was heavy and even earth suffered from the battle. So TEC focused more on surface tactical units known as Dual Gears. Off course successful projects like that don’t stay at home but sold multiple units to clients around the world. Was that attack the last anyone will hear of the terrorists?… 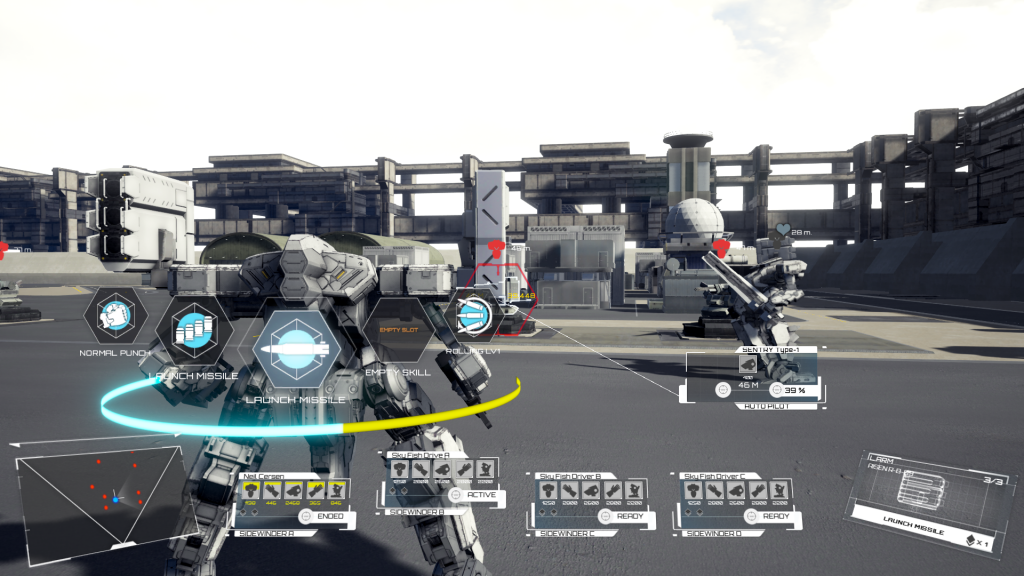 In Dual Gear, players get to control the Dual Gear units. The gameplay is off course turn based and you see everything in third person. You will control each unit separately, one by one. It’s a combination of real time shooting and quick performance cut scenes. This means players will need tactical thinking, good management, reflexes and awareness. Dual Gear has two elements that must be taken into account: action point (AP) and generator output (GP). All skills need action points in order for that skill to be used within that turn but they also need enough generator output to pull it off. The example given was a Dual Gear using a powerful weapon. It might require 1 or 2 action points during this turn but it will cost some Generator Output and if you don’t have enough, that attack isn’t going to work (it’s easier when you see it for yourself).

There’s more. Units also have a sort of health and shield system in place. The two elements here are: Armour power (AP) and Core power (CP). If you get hit anywhere then the armour power decreases for that part hit, like the right arm. If that hits zero then the core power will now start to decrease upon taking damage. If that part then hits zero now, then that part is destroyed. That’s right, Dual Gear allows the targeting of specific parts of Dual Gear units. Off course there are consequences for destroying parts of a Dual Gear. For example losing a right or left arm will off course mean you can’t use any weapons that arm wielded. If a leg is destroyed then that Dual Gear will not only travel at a much slower pace but will also consume more Generator Output (GP) than normal which also means using certain skills and weapons will be more restricted. 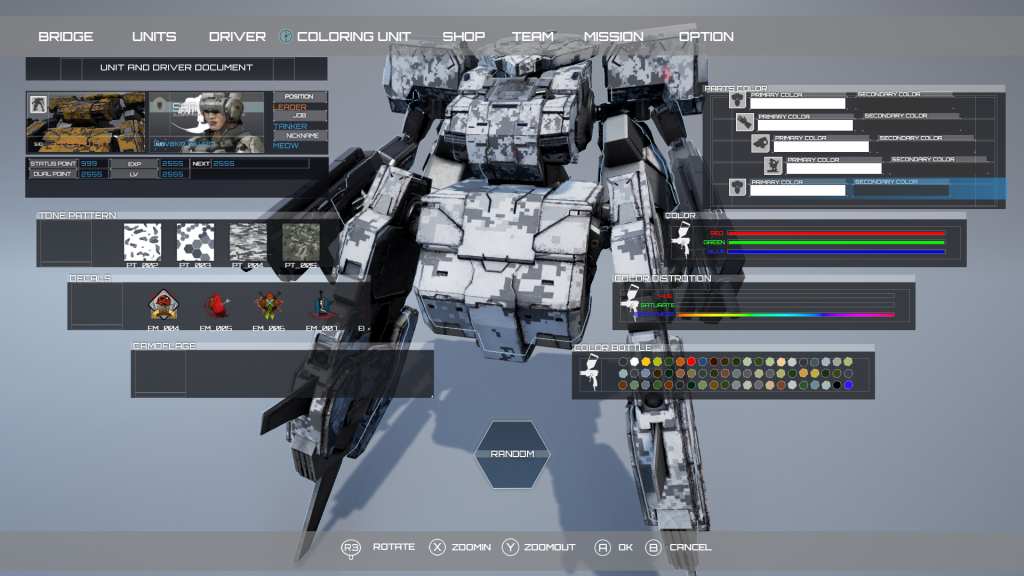 So if an enemy unit spots one of your own it won’t do anything at first. If you start moving then it can and will fire at you. It stops firing when you stop moving again. This design choice was to allow players to not panic and think about what they want to do now. This means players will need to be aware of how much AP and GP they have before making any moves or strategizing. Management is key here so don’t be in a hurry or a rush.

Customisation is very detailed in Dual Gear as well. The options are of a wide variety. The Dual Gear is made up of five main parts. Cockpit, head, back pack, arms and legs. Each part can be customised. You can equip your Dual Gear with high weight legs which grant higher durability resistance to damage but this means less movement speed and more GP is consumed when moving. This makes you wonder about the different parts available. We hope there’s a range. Also you can customise the style. You can add camouflage, add patterns, change the colour to make that Dual Gear your very own. Also players can select an emblem. If you are going to fight at least look good while doing it.

We checked out some. Gameplay and we saw different built Dual Gears with different weapons, weight, speed, attack range and more. Launch missiles, swing with blades and snipe from a distance. You can see how much Generator Output is being used and how much each skill will consume. When the enemy fires at you you can dodge attacks which is where the reflexes come into play. So far the action looks good and seems like a real detailed turn based strategy game.

Overall Dual Gear looks like a good game. The graphics looks good and the sounds are good too. The machines are very loud though so be careful with your speakers. The developers ‘Orbital Speed Studio’ did a very good job with this game. We at X35 Earthwalker look forward to Dual Gear coming out. Now Dual Gear might have a lot of history but it’s history is nothing compared to… the ‘Earth Walk!’