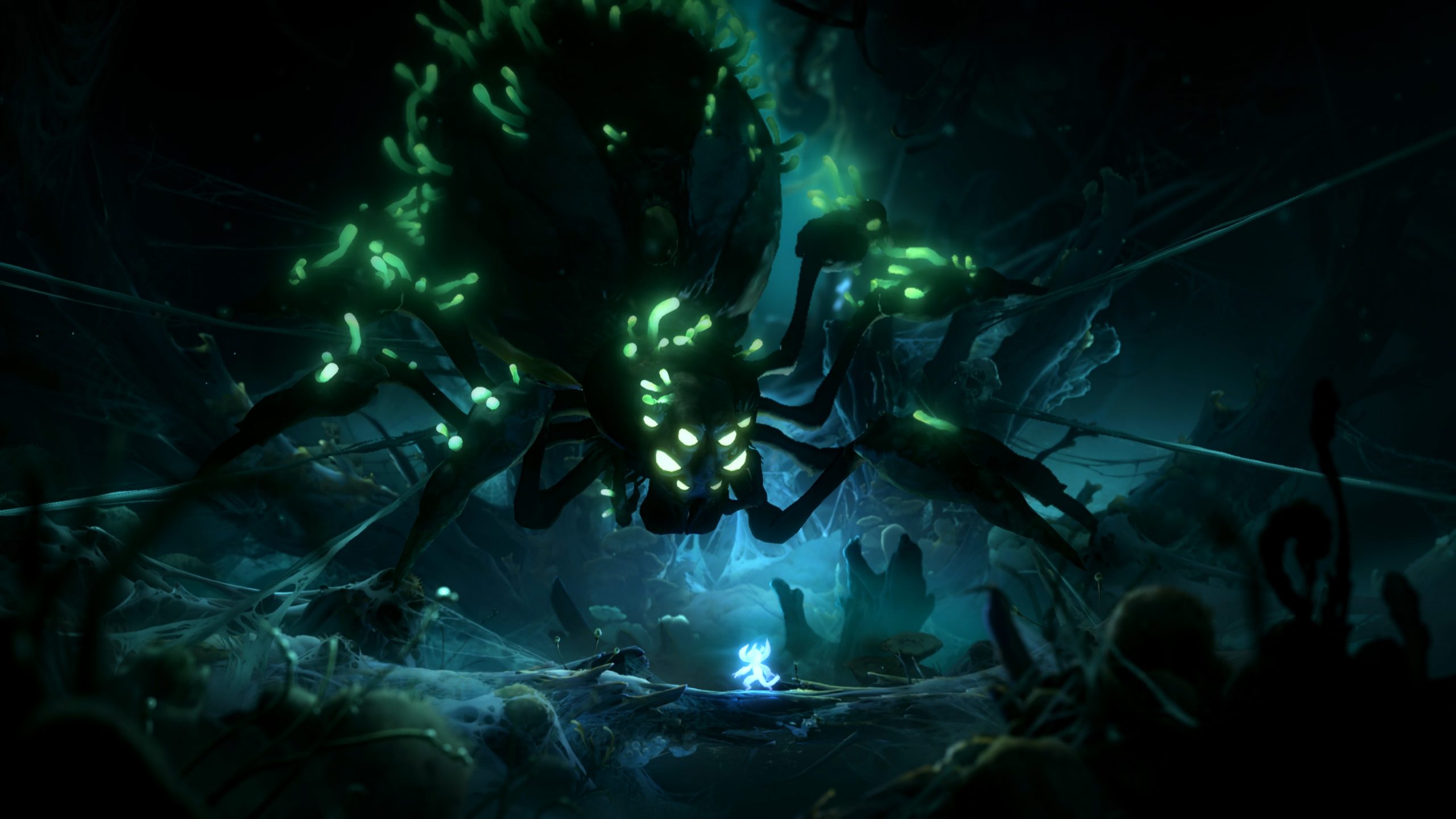 Now if you played the first game, Ori and the Blind Forest, then you should have a very good idea of what to expect from Ori and the Will of the Wisps. The style is the same which is a good thing as that style works and many players liked it. You once again control Ori that little spirit guardian but this time there’s an owl and this owl is a useful ally in your adventure. Speaking of adventure expect a bigger and more epic one this time around. It has also been made clear that in Ori and the Will of the Wisps that you’ll get to uncover Ori’s true destiny. 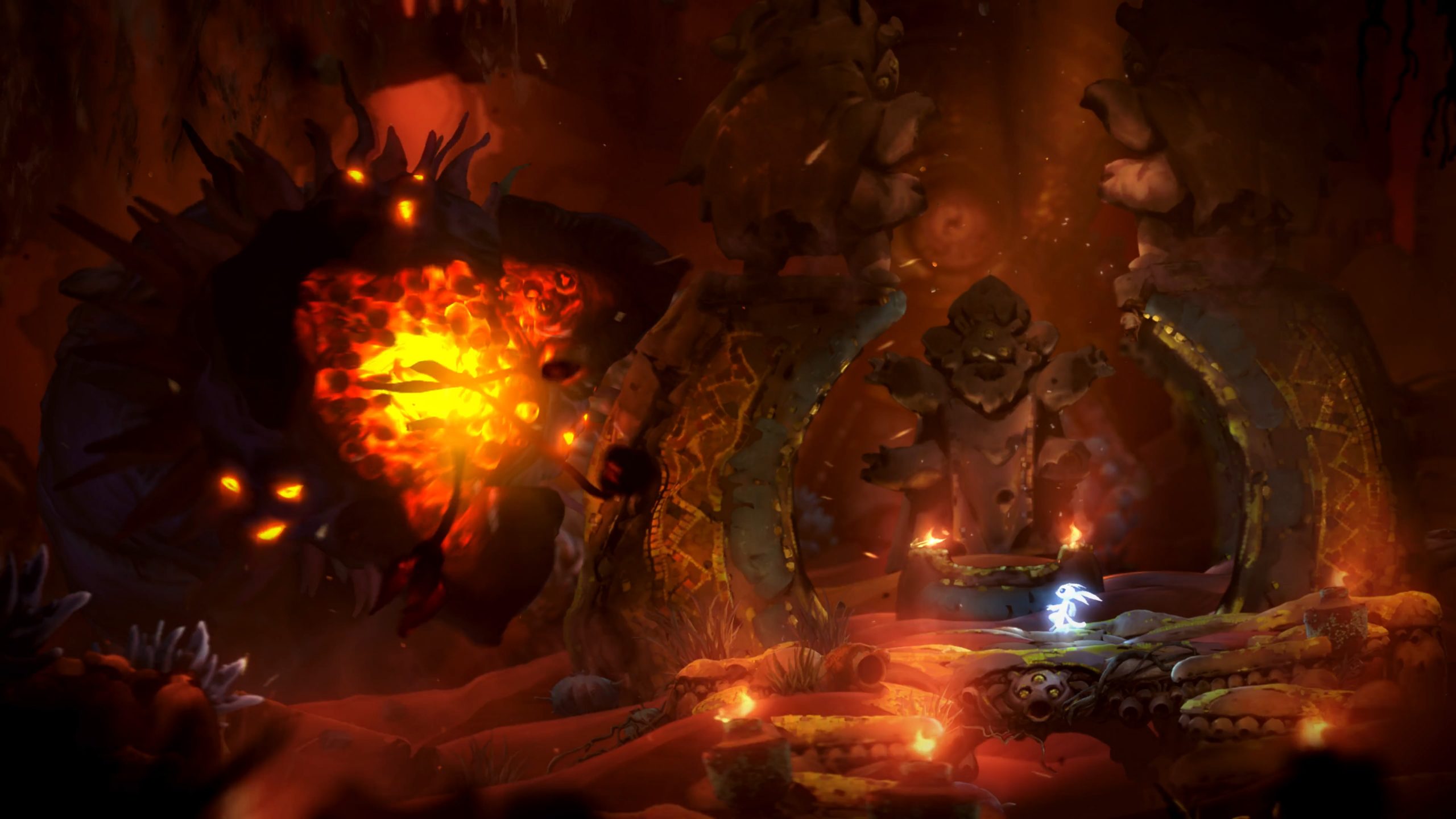 The Ori and the Will of the Wisps official website made it clear that it’s going for an emotional story as well. This should give experienced gamers an idea of what direction this game is going for. This world you will explore has far more sites and environments to be seen and from what we have seen so far, it looks wonderful. From the icy cave areas, to the wildlife and stuff going on in the background of forests, to the sun rays slipping through the trees u=in a forest and even the different colours. We like when developers throw creativity into their games and they have done that with the environments and world in Ori and the Will of the Wisps.

There are a bunch of new characters in Ori and the Will of the Wisps. They will help you discover Ori’s true destiny. Remember that owl we mentioned? Well let’s just say another familiar looking character will be there to help too. Expect a whole new shard system. Ori’s abilities can be powered up turning Ori into something more dangerous than cute. Ori now has new attacks and weapons. This is always exciting to see in a sequel. There are new skills, combat mechanics, spirit weapons and spells for players to learn and put to good use. 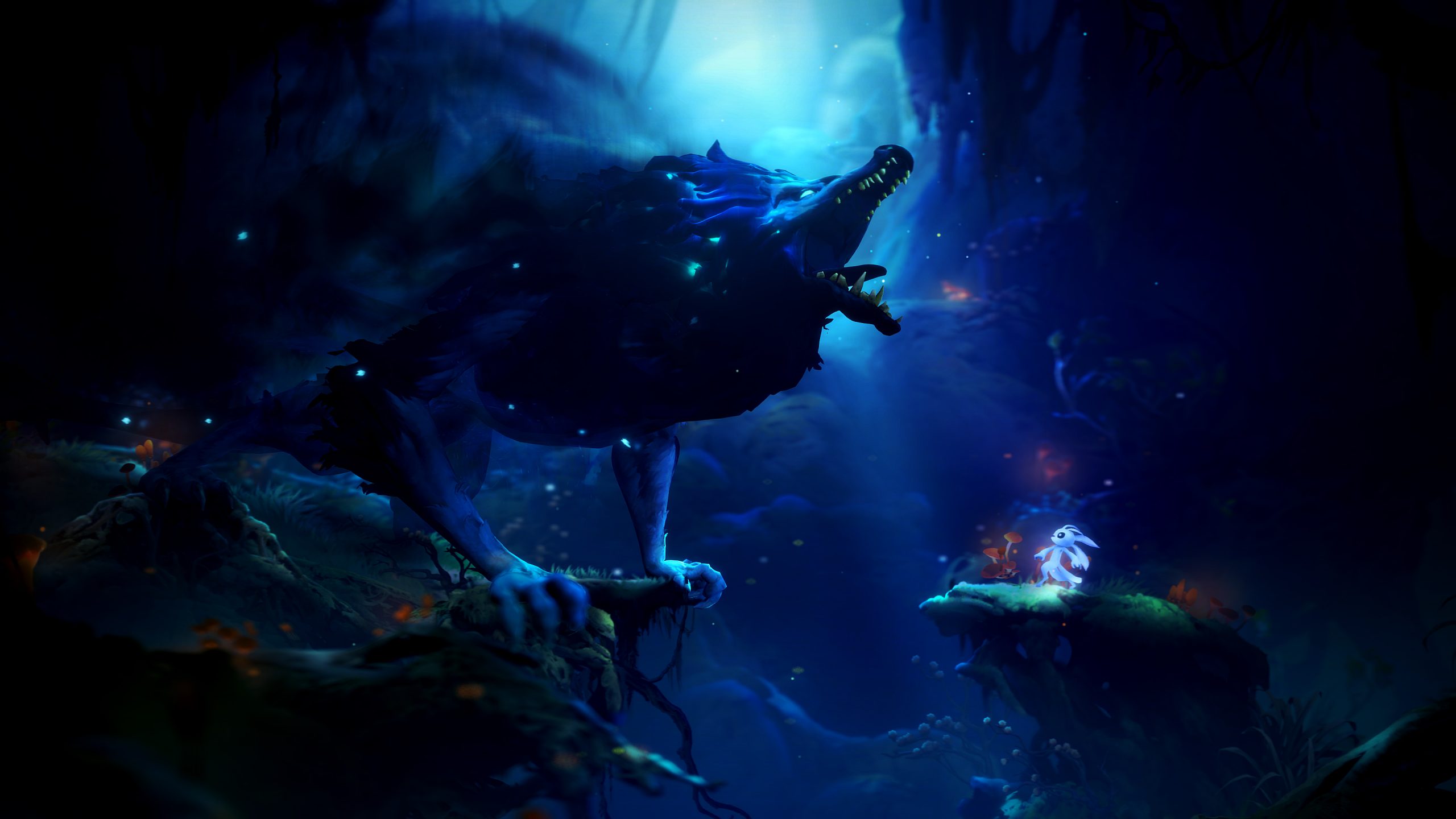 Now this is what many have been waiting for and that’s the huge monsters and creatures that have no problem getting rid of Ori. Well in Ori and the Will of the Wisps, they are bigger and scarier than before. There’s also going to be some escape sequences too as at times it’s wiser to get away than to face it. Expect a giant bird monster, giant wolf, giant spider and more. So far, our favourite thing about Ori and the Will of the Wisps is the giant boss monsters. They fit in so well and look like a legitimate threat. 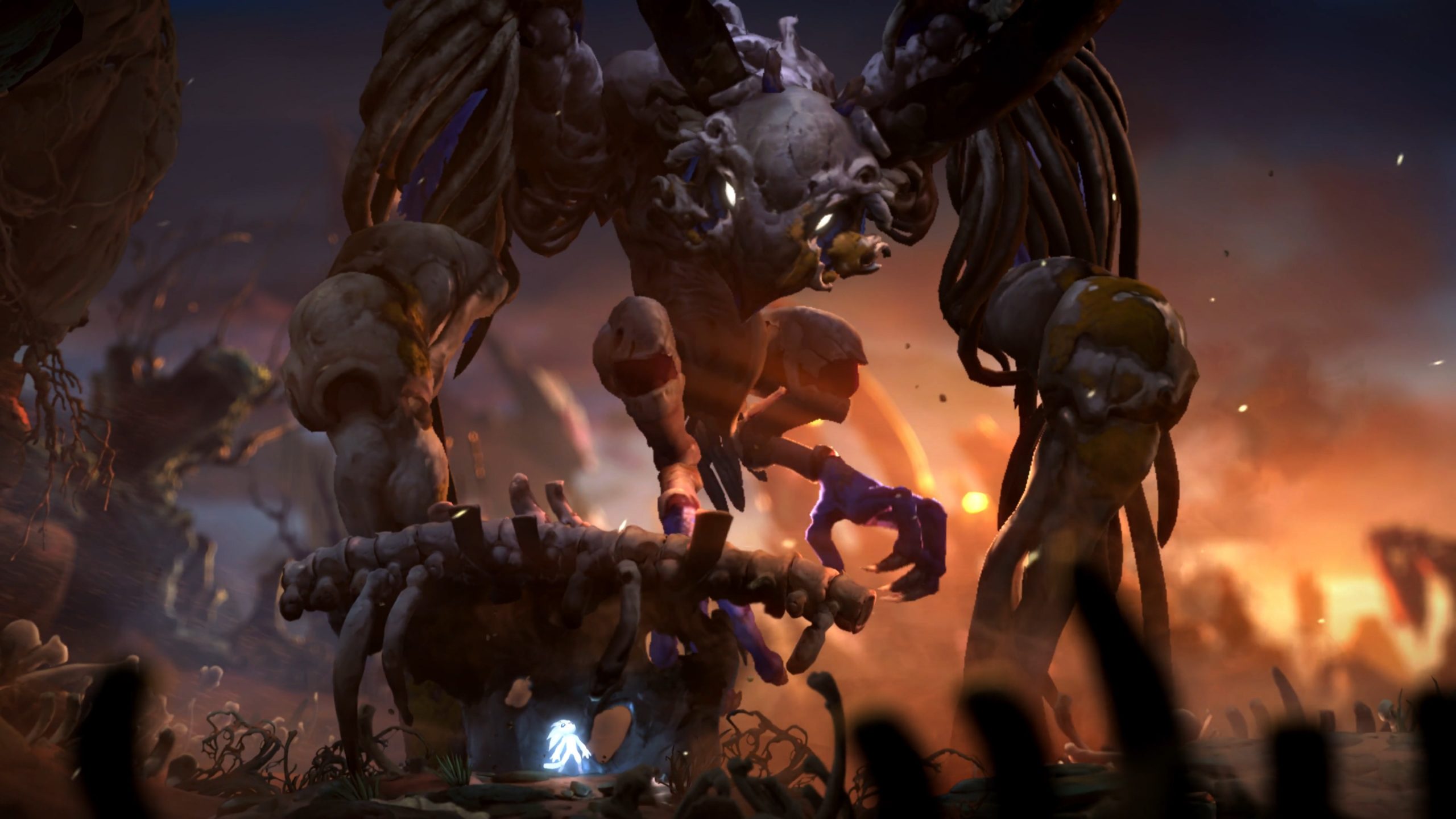 We checked out some Ori and the Will of the Wisps gameplay and it’s basically what we expected. It’s a lot of action. You will be running, jumping, dashing, fighting, thinking quick, solving and platforming. We need to see more to understand the mixture of combat and platforming. The environments again look wonderful and we truly like the design and threat of the big monsters. We also liking the flow of the combat and how smooth it is. Even better gamers can expect to experience Ori and the Will of the Wisps in 4K and HDR on the Xbox One X and Windows 10.

Overall, Ori and the Will of the Wisps looks like a very good game. We just hope that the developers are smart enough to not make similar mistakes when it comes to the story since it’s suppose to be emotional. We won’t give away the answers. We also hope that Ori’s interaction with the giant monsters is believable. These monsters have to be a real threat. The graphics are amazing, the environment designs are also amazing. The developers have done a very good job with this game. We at X35 Earthwalker will keep an eye on this game. Now Ori and the Will of the Wisps may be a big adventure but it’s still tiny when compared to… the ‘Earth Walk!’