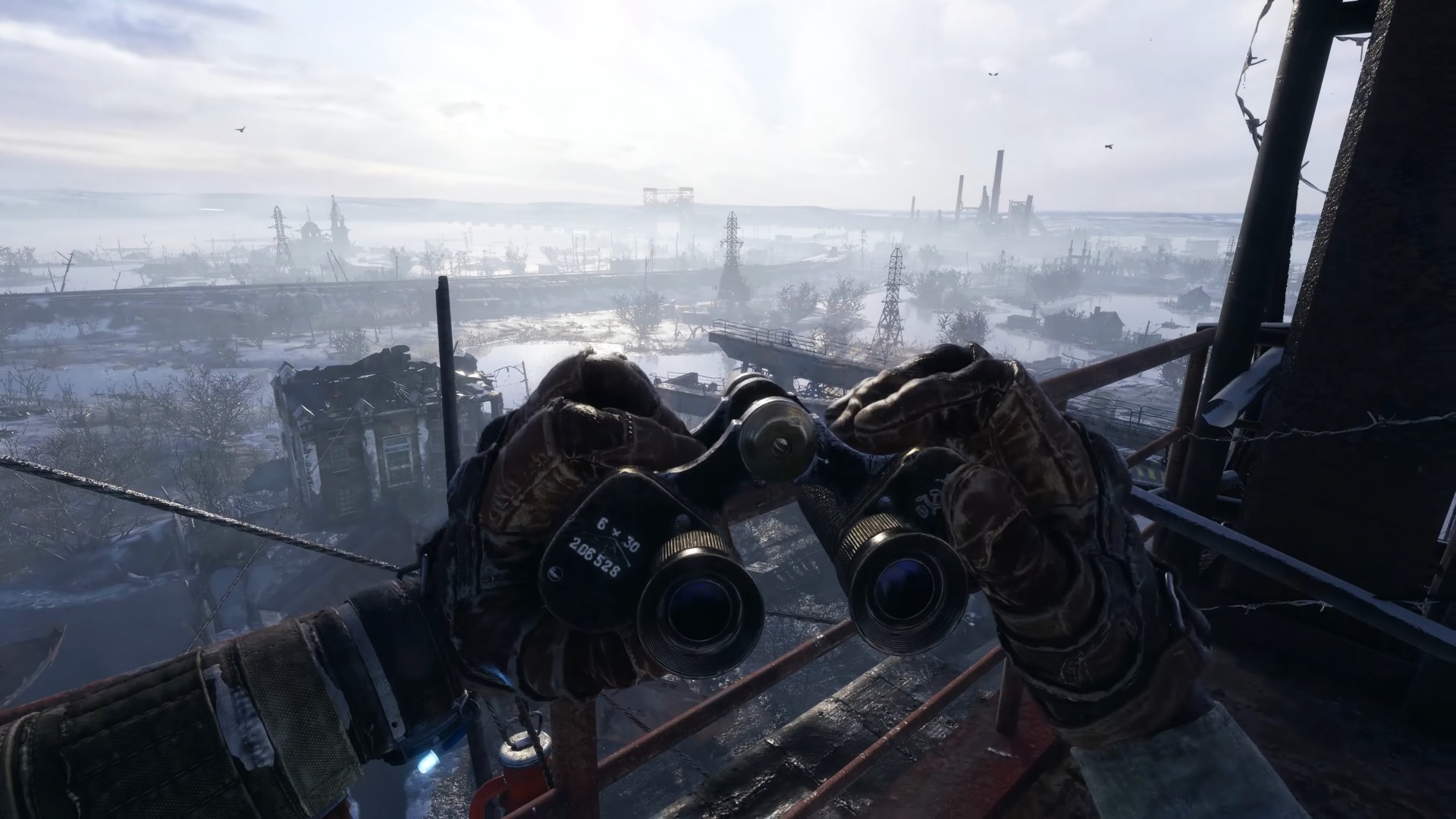 Metro Exodus is the new action adventure game developed by ‘4A Games‘ but published by ‘Deep Silver‘. It is coming out the 22nd of February 2019 on the Xbox One, PS4 and PC. The Metro Exodus world is said to be very immersive and have some survival features.

In the world of Metro Exodus is a messed up one. It’s post apocalyptic, there are dangerous factions, mutants and more danger all around. Metro Exodus doesn’t have a simple story either. This game’s campaign will stretch across a whole year and so players will face the four seasons: Spring, Summer, Autumn and Winter. Players will once again take control of Artyom. That ranger who was hanging out in Moscow’s underground metro system. This time he is trying to get out of Moscow. He wants a better life. Sounds simple but off course it won’t be. This time something is different… 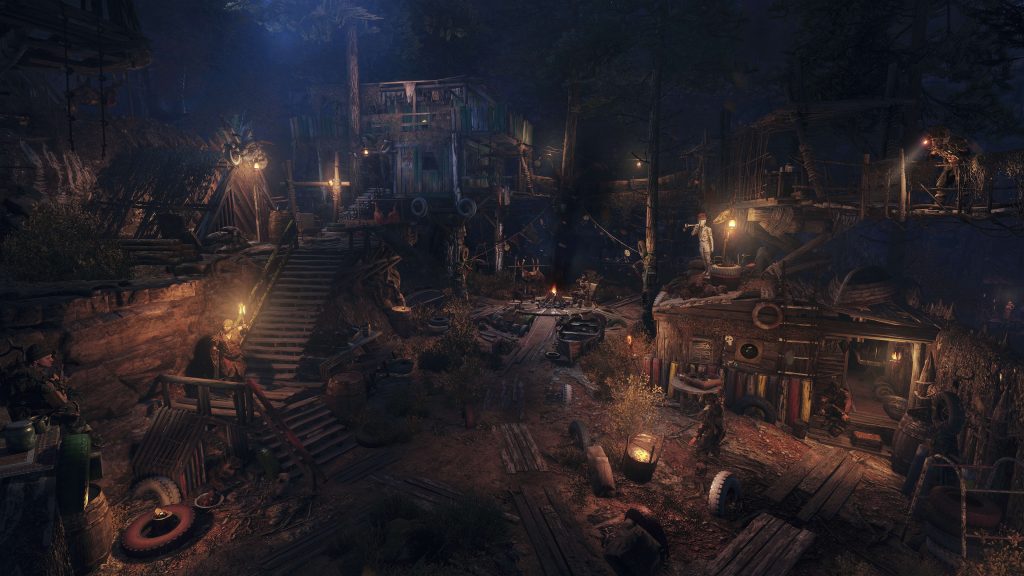 The game is more like an open sandbox. Players have more options now than the previous Metro games. Exploration is needed as there are both linear and non linear objectives. So basically side quests. Thanks to the nuclear wars in the past, players will have to survive and fight through a completely ruined country. Stealth is still a factor in this game. There are times when running and gunning may just get you killed. Especially with the type of enemies that’s running around. What’s also different is that Artyom will be leading a team this time. They are called the spartan rangers. Now from what we know, players will need to be careful as you can lose people permanently.

There are a number of characters in Metro Exodus like Anna, who is the best sniper of the spartan order. Duke, who is the youngest of the spartan rangers and most eager. Miller, who is the commander of the aurora and quite militant. Alyosha is basically the scout and survival expert. Tokarev, is basically the tech guy in terms of building weapons and maintenance. There are more characters out there so players should look forward to learning about them.

A game like Metro Exodus and it’s world needs a variety of weapons and so far there is a couple. There is the Shambler shot gun which is basically an unstable shotgun that has way more firepower. The Tikhar is basically a sniper rifle that uses ball bearings but with the right tuning can use incendiary rounds. The Helsing which stands out from other weapons is basically the stealth crossbow which can also fire explosive arrows (because why not?). There are more weapons and we hope so as big games like this with big worlds need a lot of weapons and variety.

Lastly let’s look at the enemies. There are human enemies who are divided by factions like the children of the forest who have their own lore. Basically they are a group of children who got stranded at a scout camp because of the war. Their camp teacher is their leader and they learnt how to survive and adapt in the wilderness of Moscow. It makes you wonder about the other factions that are around. Also if you though human enemies were the only thing to worry about then you are dead wrong. There are wolves too and these wolves are vicious and one by itself is said to be a threat if not careful so imagine what happens when a pack comes along. Oh there are bears by the way and they should be avoided. 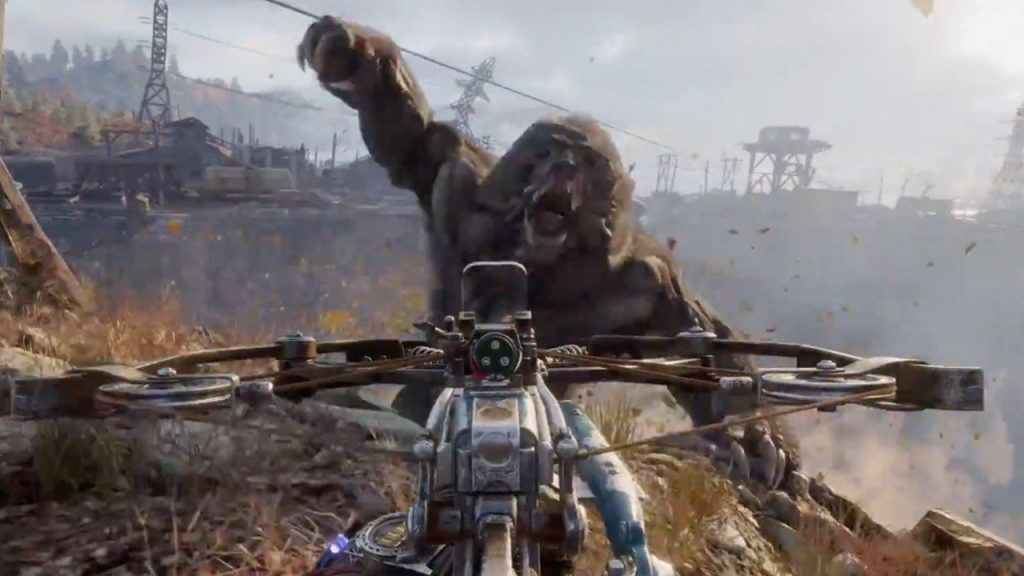 But wait… there’s more! There are also mutants. You now the whole nuclear chemical make mutants thing. Metro Exodus has some. Shrimps are mutated crustaceans who hang out near water. The females hang out in groups in the water and can spit corrosive mucus while the males travel solo, have more armour on their legs, can block incoming fire and crush you in melee fashion. The Demon is basically a large flying beast who can pick up any enemy it wants with it’s great strength. It can off course fly around, attack dealing heavy damage, pick you up and ruin your whole life. The metro residents have even described The Demon as one of the deadliest creatures around. It has been advised to avoid fighting this thing.

The Humanimal are creatures that have come from real humans. They function and act like apes (apparently) being able to use rocks and wood like weapons. They also can be found in groups and if you make noise, they get aggressive and come for you (you could have guessed that). The Nosalis are like giant rats but worse off course. They are agile and very fast. They can even run along walls and ceilings to get to you. They have nests and are aggressive. They can be found above and below the ground. The Watchman is the most common enemy you will encounter most likely. They travel in packs and have the ability to call for help and reinforcements.  We truly hope there are more enemies though. This world has potential to be creative and even scary.

We checked out some gameplay and so far it definitely looks clean in terms of how it plays and looks. There is some hint of horror and scares depending on the player. The wolves definitely look good. The game better be difficult and not hold your hand. The graphics and sounds are very good. Hopefully leading a group of spartans doesn’t make things walk in the park. From what we have seen everything looks good so far. Just wonder how frequent enemy encounters are and how effective and essential is stealth in Metro Exodus.

Overall, Metro Exodus seems like a good game. There needs to be a lot to do and a reason for exploring besides just objectives. The developers ‘4A Games’ did a very good job with this game. We at X35 Earthwalker look forward to seeing what Metro Exodus has to offer. Now Metro Exodus may have a ruined world but one thing that will never be ruined is… the ‘Earth Walk!’