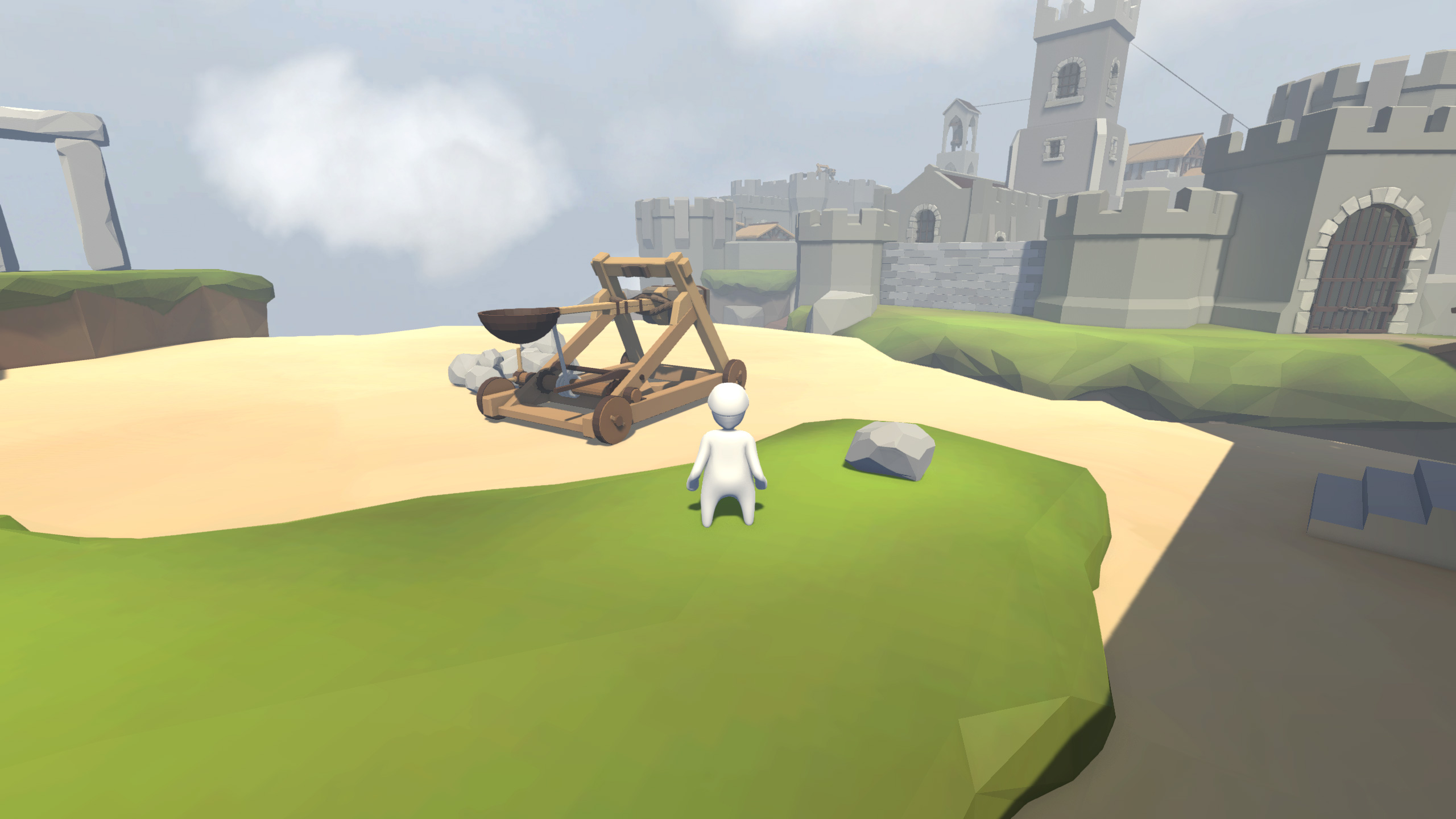 Human: Fall flat is a new game classed as a open-ended physics based puzzle game. Developed by ‘No Brakes Games’ and coming out May 12th for Xbox One but already out for PC and PS4. This game is strange but in some ways interesting.

From first look in Fall flat you see a blobby, liquidy white man walking around quite wonkyly (not the best dictionary words) around and moving stuff. Sounds strange? Well that’s because it is. Basically that blobby man you control is called Bob and get this… Bob is also a builder. We aren’t making this up. Bob gets recurring dreams of him falling. So your job is to take Bob through his dreams which is full of surprises, puzzles and dangers. Physics are very important in Fall flat. In fact it is specified on their website that the physics are very real. This game should therefore have some high class physics reality.

Fall flat aims to set its self apart from all the other with some very distinct features. There is no script and no limits. You are said to have complete control over Bob. There are 8 worlds and all are fully interactive environments so everything can be interacted with. So carry and climb whatever you want. All the worlds are full of puzzles so there’s lots to do. You can have your own custom Bob which you can paint. Take it further by importing your own face through a webcam.

Lastly and best of all, this Fall flat is co-op. Local co-op so you can your friend can take on the puzzle filled worlds together. Games almost always are better when they have multiplayer features, especially local co-op.

We have checked out some gameplay and we have some mixed feelings but leaning more to a certain side. Fall flat just from looking at it makes you not take the game seriously. From how the character looks to how it walks makes you think “really?” but when you look at what Fall flat is about and trying to accomplish you do, if possible, want to know more. Games that offer more freedom tend to be explored more by players. So basically we would like to know more but we are leaning more towards the side where we won’t go out of our way to try the game. We probably have to see someone else play it first before being convinced.

Overall Fall flat is strange and not our kind of thing but it may be for another gamer. The developers ‘No Brakes Games’ are going for something new. We at X35 Earthwalker think this game still needs to prove itself to us. This game might be worth checking out. Whether you think so or not is not even half as important… as the ‘Earth Walk!’