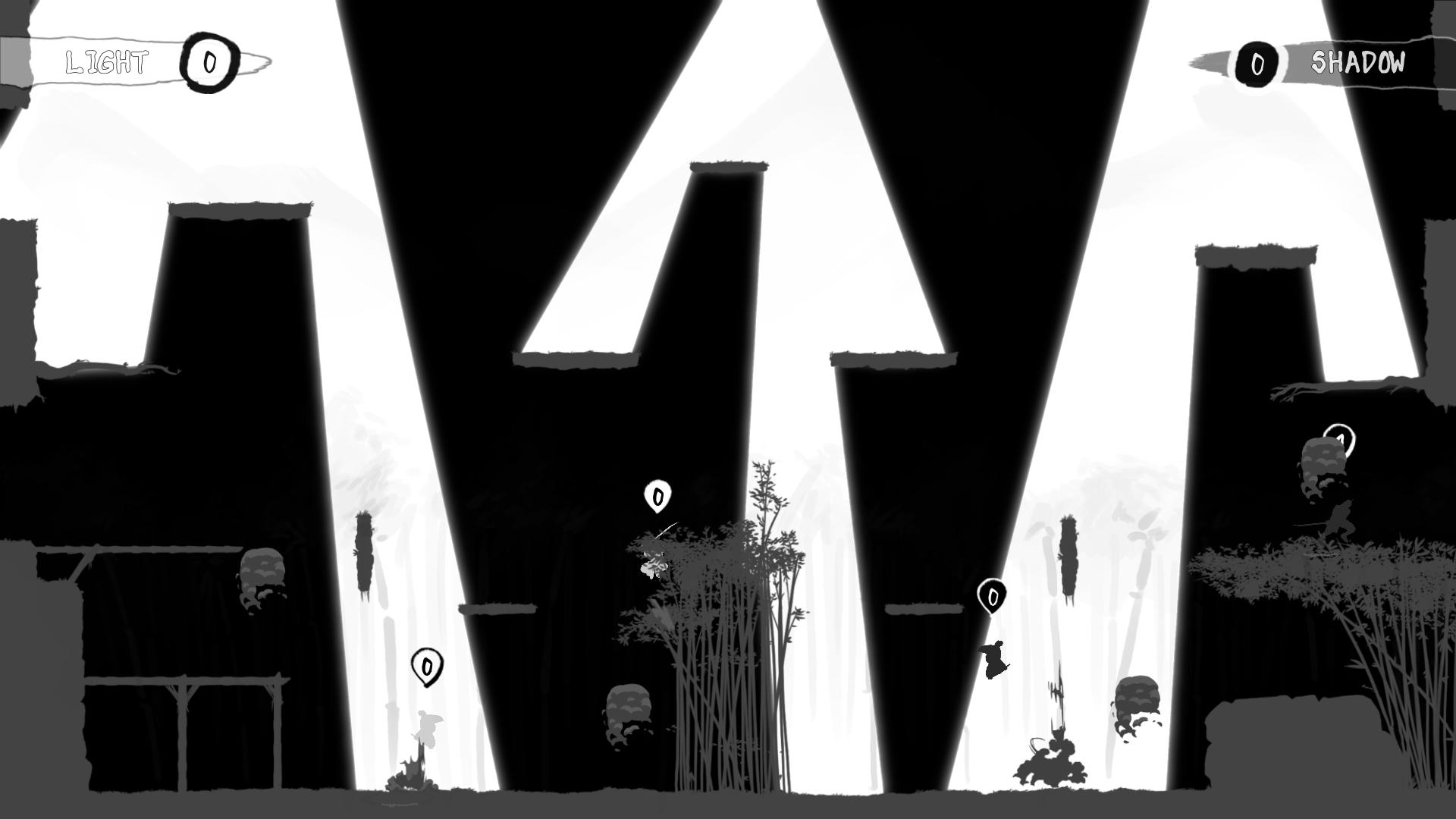 Now 2D arena brawlers are always fast pace, can be brutal but mostly fun. They are quick fun games that you can play with just about anyone. Siblings friends and anyone else. Why not challenge your school teacher. Black Bushidos are samurai of the shadows while White Bushidos are samurai of the light. It’s shadow versus light. Now naturally light should be stronger while shadow is cooler but in this game both Samurai have the ability to blend and disappear into their respective colours which allows them to move and traverse without being seen at all. This whole game must have been inspired by that episode of ‘Samurai Jack’ where Jack was camouflaged in the white light because of his all white uniform but the black ninjas could hide in the shadows in all black outfits. This is so far our favourite feature of the game. It’s quite new and adds another layer to the game play.

In Black and White Bushido you fight for control of the dark and light in multiple different arenas. Hiding from your enemies and picking your moment to strike is very important and what the whole game is about but there’s more. There’s traps and items around for you to collect and use to your advantage. There are five different arenas to duel in. There is a nice single player mode where you take on computer controlled enemies. Two game modes to master: Team deathmatch and capture the flag. Best of all is that Black & White Bushido is multiplayer. That’s right! 4 player local. Take on your friends and slice their heads of.

There isn’t much really to say about it. It’s a simple game. We do know that the game has gotten some very good reviews from different groups so this game must have something. From what we have seen the game is creative, smart and fun. That’s something I think we all look forward to. We have checked out some gameplay and it does look fun indeed, quick but crazy at times when parts of the level becomes light or shadow.

Overall this game looks real good. The graphics are simple and the sounds are very good. The action is fast paced but with some strategy. The developers ‘Good Catch Games’ did a good job with this game. We at X35 Earthwalker must see more of this game first. It’s worth checking out. Whether you prefer the light or shadows is not as good as preferring the ‘Earth Walk!’