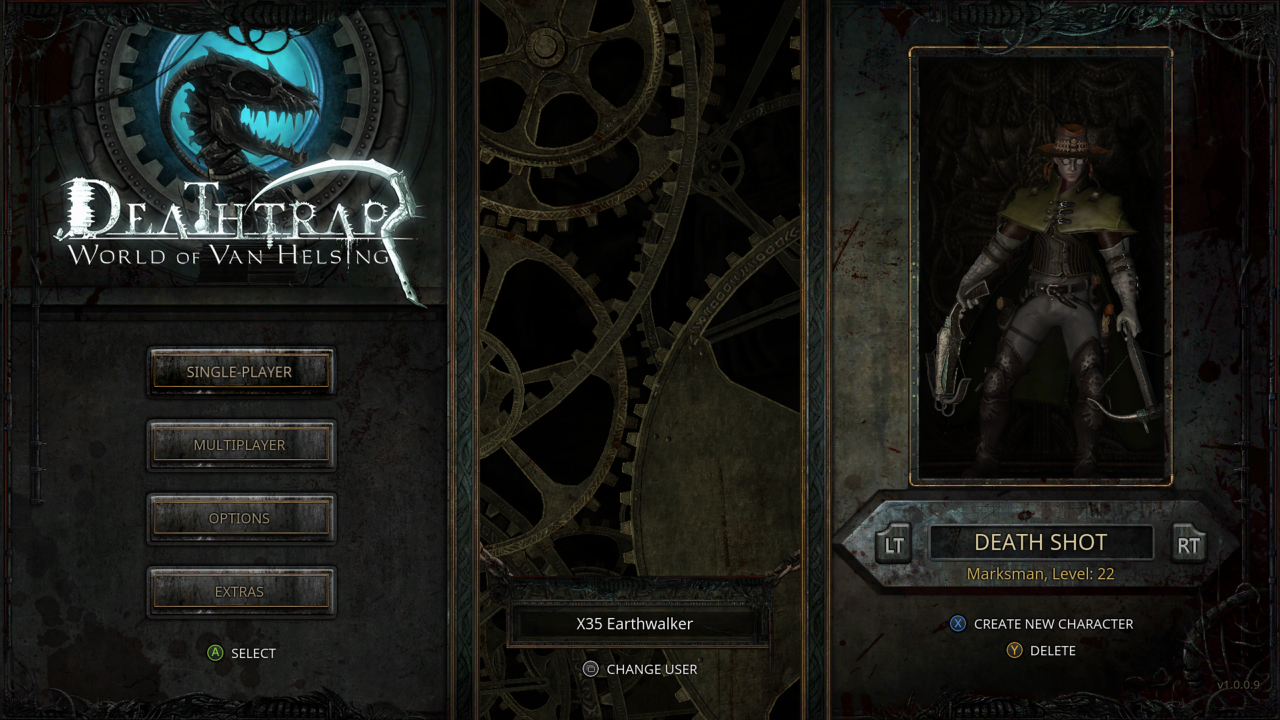 World of van helsing Deathtrap is an excellent example of an action tower defense game. This game focuses heavily on strategy. You get to pick from 3 characters who are very different in skills, strong points and difficulty. This time we will look at the Marksman.

The Marksman is considered the hardest to use of the 3 characters. Forget considered! He is without a doubt the hardest to use. He has been even called the worst of the 3. Again we understand completely but why? The Marksman has the second smallest amount of health. Just 100 hit points more than the Sorceress. So we know that he can’t take a hit. His main attack skill ‘Shoot’ literally tickles the enemies. Simple enemies like the ‘Kobold Wartfiend’ take too long to defeat for such a weak enemy. His other skill that does more damage is ‘Poison streak’ which also poisons the enemies and pierce through them but it’s damage is also very low and it’s focus cost is high enough to only allow two shots at a time. So not only can the Marksman not take a hit but he can’t give one either. The worst thing about him is his, let’s call it ‘ability system’. The Mercenary and the Sorceress regenerate (rage/mana respectively) when not being hit and from basic attacks. The Sorceress even has ‘Arcane retaliation’ which grants her mana whenever she is hurt but the Marksman is so different. He never regenerates Focus unless he is cloaked. He can only be cloaked when a certain distance from an enemy for a certain period of time. Even then it recharges slowly. This sucks, as you can fire two poison streaks, then run away to prevent death and wait an extra while to get some Focus back, all the while, the enemies are making their way to the gates. Most players struggle to even get 3 stars on their first few missions because there is no way of stopping the horde with a limited use of special skills, very little damage and can’t even use your body as a shield to defend the gates. 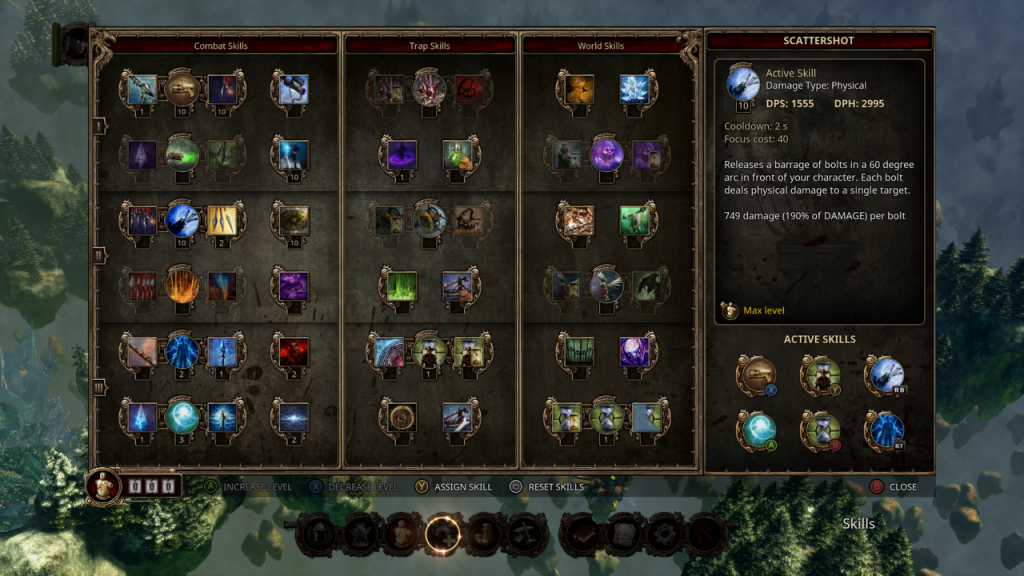 So the Marksman is garbage right? X35 Earthwalker had a theory and yes you could call it a game theory. He said that the Marksman has to be one of those characters that suck at the start but are very good later tier. It turns out that was true. Marksman is literally for the most strategic gamers and those willing to endure some tough matches. Tier 1 skills for the Marksman isn’t great and we are being nice about this. Tier 2 has two useful skills ‘Scattershot’ and ‘Trap boost’. Scatter shot is perfect for taking down giants and armoured enemies and should not be wasted on horde and normal type enemies. Trap boost is simple. Just select a trap to make it do more damage. Tier 3 is where the good stuff are at. Here you get access to the HIGH damaging skills ‘Grappler bolt’ and ‘Shock bolt’. Grappler bolt does the higher damage of the 2 and pulls nearby enemies to the original target together and slows them down. Shock bolt costs no focus at all and still does really high damage. You also get the trap skill ‘Overdrive Sphere’ which reduces the time it takes for a trap to reset for a period of time within 10 meters of your character. and world skill ‘Overdrive’ which reduces the time it takes for a trap to reset for a period of time. These can be deadly. Don’t waste time with ‘Incendiary Barrage’ as it costs far too much focus to the point where you can use it once and then need to get more Focus. We are sure it becomes immensely powerful once upgraded but when you are at the point of unlocking tier 2 skills and stuff you have to prioritise over things to survive and actually win in some levels. Right now it’s all about: Shoot, Scattershot, Grappler Bolt, Shock Bolt, Overdrive Sphere and Overdrive.

What’s the strategy then with the Marksman? Well it’s to keep firing at all times from a distance and know when to go cloaked to regenerate your Focus. Always start a wave near the gates of where the enemies come from. Always fight near a teleport pad so you can move to where you need to be quickly in case of emergencies or anything else. Whenever Shock bolt is available just use it. It’s powerful enough kill many enemies outright and therefore saving you time. It recharges in 3 seconds but if you are like X35 Earthwalker and always play in times 2 speed then it’s really 1.5 seconds. Plus it doesn’t require Focus so literally use it as soon as it is available. Sort of the same with Grappler bolt but watch your Focus as it uses a little bit of it. Use it on horde and groups as a higher priority but regardless, just use it. It’s stronger the Shock bolt. Scatter shot must be used on giant and armoured as it destroyes them quickly and doesn’t cost too much. Invest points to allow it to pierce through enemies for total destruction. Max out ‘Concentration’ and ‘Ambush stance’ so you have maximum amount of Focus to use your skills and get cloaked faster and regenerate Focus faster while cloaked. This makes a big difference. Max out the ‘Shoot’ skills ‘Splintering’ Bolt skill to make it have area of effect which makes shoot actually not bad anymore and can hold it’s own against horde enemies. Overdrive and Overdrive Sphere are best used with ‘Gun Sentry’ traps as it turns your guns into machine guns but combine both skills and your machine gun becomes a mini gun. Make sure your guns have area of effect and increased damage and they shread everything. Trust us. That’s the game plan here with the Marksman. Once you know what to do and have the tools he actually becomes very powerful.

Overall the Marksman is still the worst character in our opinion overall due to the sheer difficulty of using him initially. Sure he is actually very powerful late tier but many give up on him before even getting there. Late tier he may be the most powerful. We’ll find out. We say hold and and don’t give up. Plus his voice and look is pretty cool though, you have to admit. Imagine your school teacher sounded like him. So give the Marksman a try and master him for yourself. Watch X35 Earthwalker himself play it on his livestream. Follow us on twitter and Beam to know when he will be doing it. Let us know of any strategies you come up with. Regardless of what you come up with it can never be better… than the ‘Earth Walk!’