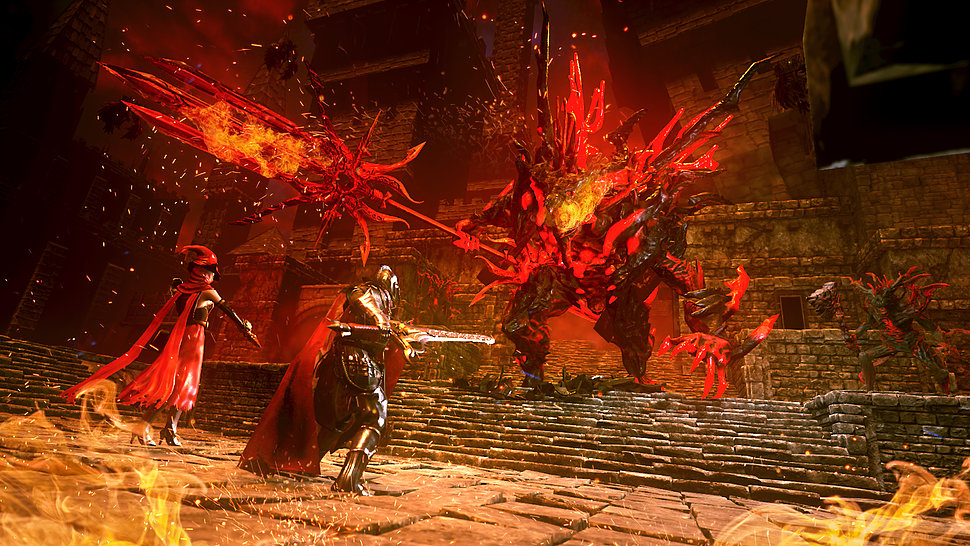 Hell Warders is a new action strategy game with some RPG elements, developed by ‘Anti gravity game studios‘ and published by ‘PQubed‘. It is coming out the 17th of January 2019 on the Xbox One, Nintendo Switch, PS4 and PC. There has already been early access on PC. We at X35 Earthwalker like action strategy games and have been playing some recently so let’s see if they do this right. Let’s take a look.

In Hell Warders, players control… well… a Hell Warder. Hell Warders are a group of powerful heroes who have mighty powers and abilities and their job is to face and stop the hordes of demons. That’s pretty much it for the story from what we can see. So those demons are going forth as an army (conveniently in waves) and players are the only things standing in their way. 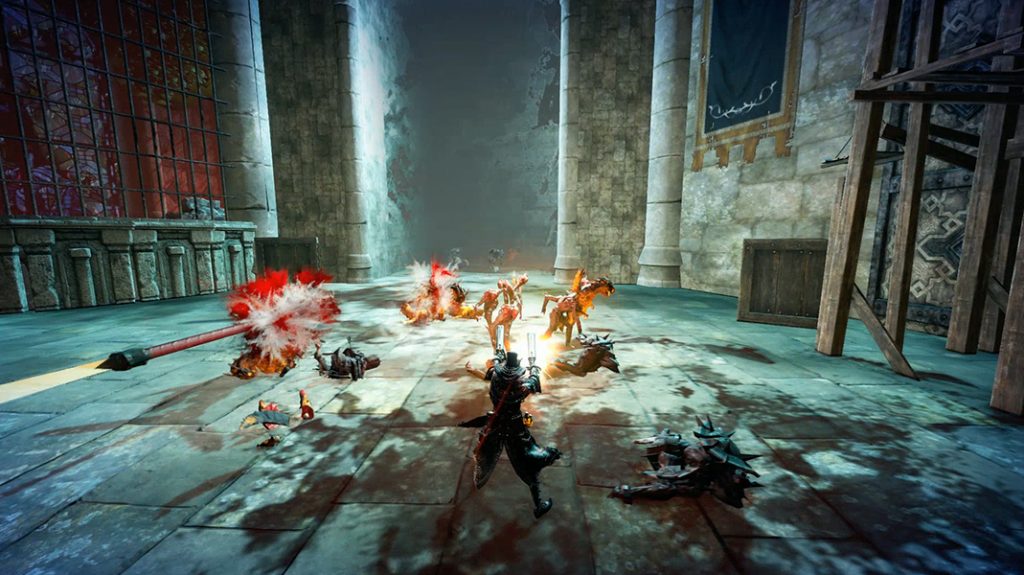 Now if you like tower defence, with the whole taking some time to plan, readjust and set up well, then you should be happy here. If you like controlling a character and running towards the enemy to back hand them yourself then you should be happy here too. Honestly this game right now reminds us off ‘World of Van Helsing: Deathtrap‘ and ‘Dungeon Defenders‘. When it comes to tower defence + action + RPG elements, these two games are excellent examples.

In Hell Warders, there are more than one type. For example you can control Dead Eye who is a longer ranged fighter using cannons. Samson III who has been described as an explosive specialist. Ash who specialises in melee combat and slicing everything with his sword. There are more. That’s right, you guessed it. These different Hell Warders have different abilities and powers to offer in your goal to destroy all the demons.

Those defences that you build are not cannons, ballistas and walls but instead your soldiers. Players can set up soldiers who are melee based and will run to attack any nearby enemies. There are archers who fire arrows quite accurately from a respectable distance. Catapults which brings in that heavy impact damage. Let’s say some big enemies will have problems with this weapon. There’s also mages that bring those effects and some magic to give you the advantage. 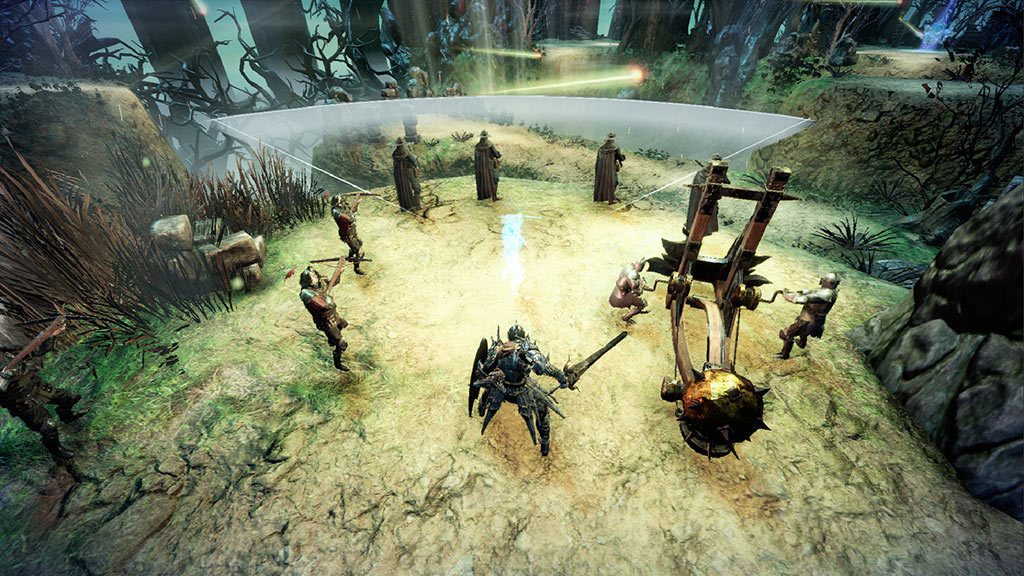 In terms of the enemies, we know that it’s demons. Demons come in all shapes and sizes. There’s the off course pawn small ties that just rush you, then there’s the bigger ones that require more special attention, then there are the massive towering enemies. There are some magic welding enemies like lychee. There is also Wurms who are very large and will anger some gamers.

We checked out some gameplay. It so far just looks alright. In terms of character animations it doesn’t seem on the same level as the other two games we mentioned earlier but this is all early access gameplay though, so expect everything to get better. We like that soldiers fight with you on the field but actual towers would be great to have as well and it’s something we prefer but it’s good to try something different. The variety of enemies so far looks interesting. We wonder what new abilities and powers the Hell warders will get as you play and progress.

Best of all about Hell Warders and if you been following us for even a short time you would know what that is. It is multiplayer. You can play with three more players to form a mighty team of four having explosives, melee, range and magic. You can just straight up invite and get your friends in the action but for those who want other options can use the match making to find more players. We need more multiplayer games with good options.

Overall Hell Warders looks okay right now. It’s early access but we are getting closer to the release date and we hope that Hell Warders becomes the next very good action strategy game. The developers ‘Anti gravity game studios’ have done good work right now. We at X35 Earthwalker will be looking forward to seeing this game game out. Now Hell warders may have heroes who face demons but these Hell Warders are a joke when compared to… the ‘Earth Walk!’