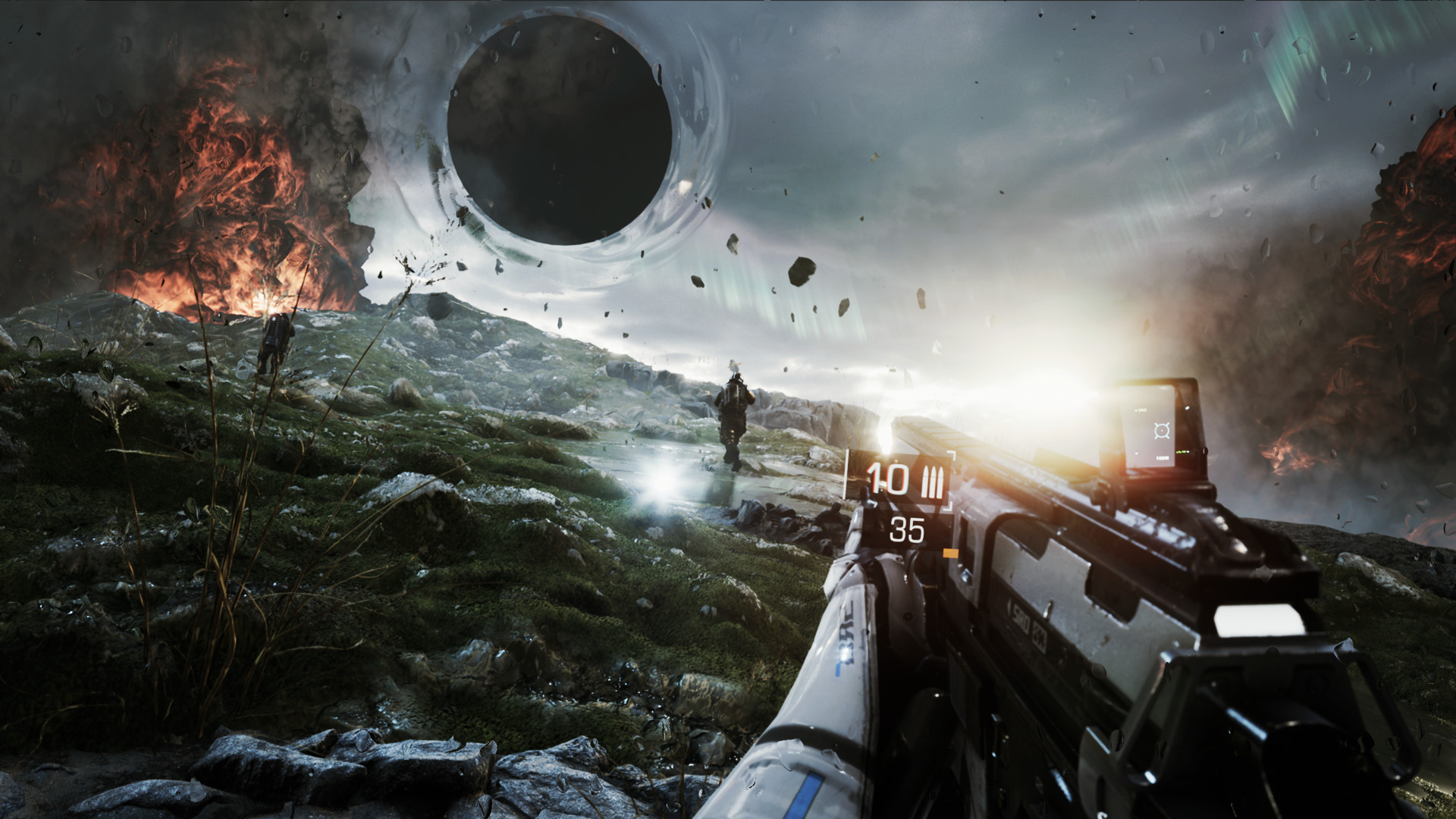 Bright Memory: Infinite is set in the future. How far?  The year 2036 in a “sprawling metropolis”. Things seemed normal until something unusual happened. Basically something wacky is happening in the skies over various regions. Some look like little black holes or spheres in the skies plus other stuff. The SRO (Supernatural science research organisation), wait that’s two S’s. Shouldn’t it be SSRO? Whatever we didn’t develop this game. Basically the SRO sent out their agents to go and see what’s up.

Now there isn’t much information on Bright Memory: Infinite but we did pick up some things. We are going to focus on the action s it stands out the most. So whoever we are controlling they are well equipped. Guns for traditional long ranged combat, machine guns, auto pistols but seeing the sword brought things to the next level. The sword can create shockwave blasts when you slam down to the ground, off course swings to slice them up and even break through the defense of certain defensive enemies.

Things get crazier as special abilities are also in play. There was what looked like a time stop ability or should we say stasis as the environment wasn’t effected by time or slow down so more like stasis. Stasis or time is always an amazing power. Also impressive is an energy or ionic tether whip which you can use to grab ip pull yourself to that location or even enemies and pull them to you “get over here” style. Seriously this character is shaping up to be a powerful contender. Think ab out it: Guns, sword, stasis and energy tether whip. We just hope Bright Memory: Infinite has worthy enemies.

We have to talk about the visuals right now. The graphics are excellent. Completely amazing. We checked out the developers twitter account and he showed comparison pictures of a rock and step showing the difference the engine he’s using makes on the details of the objects. It’s a step up. The grass, the rain effects, the wind, the trees, the wood all looks excellent. The graphics are excellent. When we enter this game we will take a moment to just look around and see what’s happening. In case you didn’t

We did notice some of the enemies and currently more on the disappointed side. There are off course human enemies with guns who are standard but there’s also what looks like centurion type enemies, shield sword, helmet etc. These guys are tougher, shield block bullets and actually have a projectile. When they swing their blade at you it released a ball of energy or whatever straight at you so evasion is needed. The sword is a good counter against these enemies but even tis enemy isn’t enough. We truly hope for a big variety of enemies, maybe some that can teleport to match your speed and fire power for example. The enemies are currently underwhelming but we will have to see. 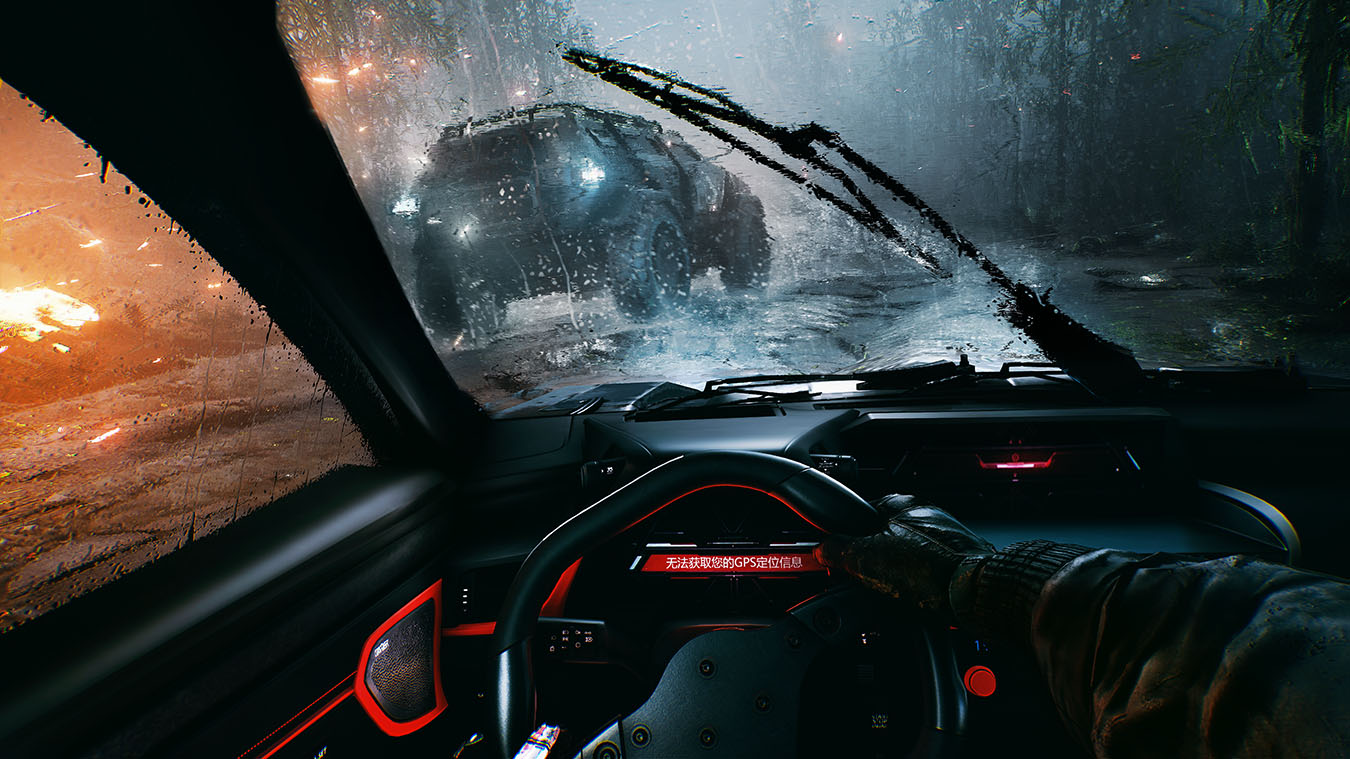 We checked some Bright Memory: Infinite gameplay and it’s just pure action. Besides everything we already mentioned there is even more. Basically at the end of the trailer the character called in a vehicle in which she got in and was pursued by another vehicle. It became a car chase. We don’t know if there will be car chases in the game but this trailer is strongly suggesting that this is the case. It’s got to be the main method of traversing the game like with the hover bike like thing in Destiny. So we can look forward to a vehicle.

Overall Bright Memory: Infinite looks like a very good game. Not much is known from a story point of view but from what we have seen it looks very good. The graphics, environment and action are excellent. There’s some force type techniques too like a push punch. There’s definitely more to be seen. The developers ‘FYGD-studio’ have done a very good job with this game. We at X35 Earthwalker look forward to seeing what memories, Bright Memory: Infinite will create for gamers. Now Bright Memory: Infinite may have futuristic battles and abilities but those things are no where near advanced enough to match… the ‘Earth Walk!’