Anthem is a new action RPG developed by ‘BioWare‘ but published by ‘Electronic Arts‘. Anthem is coming out the 22nd of February on the Xbox One, PS4 and PC. From what we know, this ain’t an anthem you want to sing. Let’s take a look.

In Anthem, players take control of a freelancer. Freelancers are people (pilots) that use javelins for traversing the world and combat off course. A javelin isn’t something that you throw here but instead a powerful exosuit. So players must pick their exosuit from their wardrobe – we mean collection and get right into the action. Anthem is a large world and these javelins are essential so take care of them. 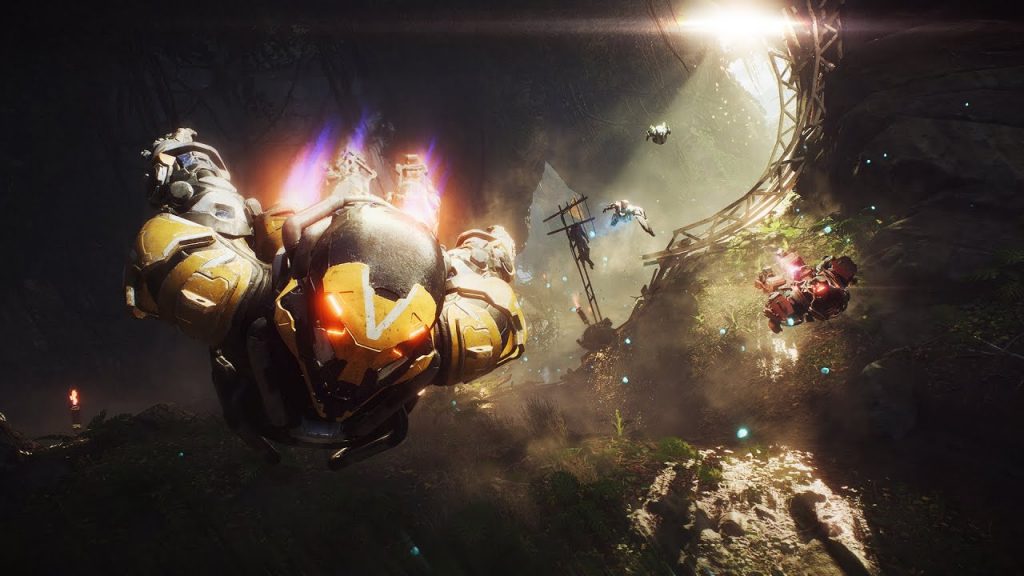 With these javelin exosuits players can soar through the air at great speeds, dodge, slide, dash around faster than enemies can keep up (hopefully) and even explore submerged areas. That’s right, underwater areas are here too. Javelins can have equipment, gear and weapons which the players can customise and decide. Anthem seems to have good emphasis on the customising of the javelins. Since it’s an RPG we all know things can be unlocked as progression is made.

So ranking up is crucial. There are also dangerous and powerful enemies that once defeated you will pass milestones and even get loot which off course can get you even more gear and personalisation options for your javelin. Eventually like Halo 5 Guardians, it will be incredibly rare to find someone with the exact same looking javelin as you.

Now off course there are different types of javelins. There is the: Storm, Colossus, Interceptor and Ranger. Storm is like a mage, lots of longer range attacks and all electrifying. Storms can even hover and teleport to keep a distance from enemies. The Colossus is all about lots of weapons, heavy damage, explosions, flamethrowers and shields. So it’s basically the big tank that fights hordes by itself. The interceptor is all about getting in the enemies face, landing some blows and then getting out of there just as fast. Even weakening enemies and crippling them with it’s many abilities. The Ranger is basically the strong all rounder. It has different weapon types can get physical with enemies (melee), has grenades to deal with grouped enemies, can buff allies and even grant ability cool down reduction.

Anthem is an open world game which means expect expansions. That’s a good thing as it also means players will always over time have new things fight, explore and look into like stories and events. This is multiple ways reminds us of Destiny 2. What else can you expect from Anthem? This open world will have different hazards and conditions popping up. So the developers clearly want an alive world with things going on. We like that. 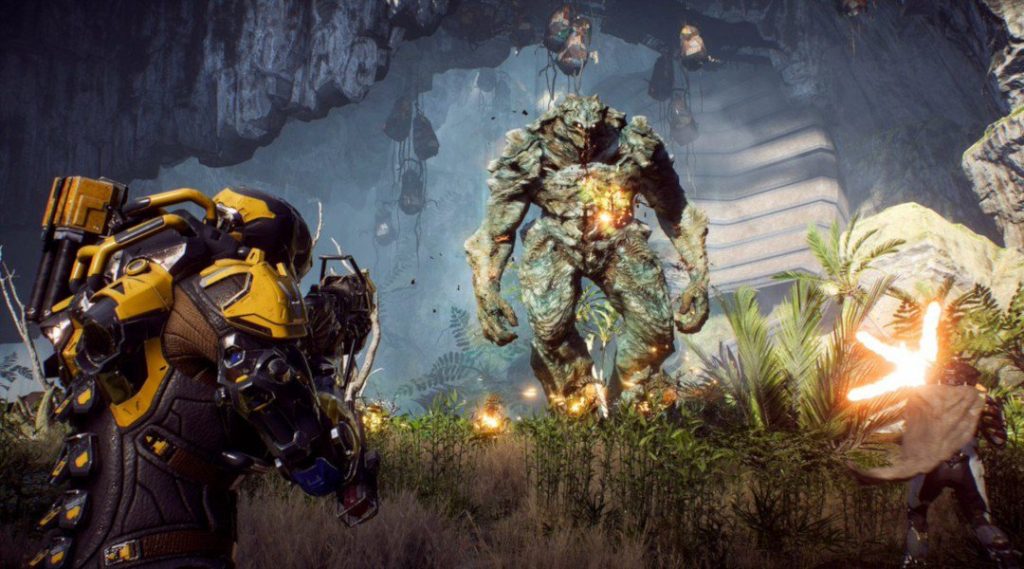 Off course Anthem is also very much cooperative. Anthem is focusing quite a bit on the social side. Gamers can play in teams with up to three other players to take on missions. These missions will reward both the teamwork and the individual ability. Players can still go solo and accomplish things by themselves. This is serious and some big games have failed in this area. Making sure that solo players have lots to do is important. Developers shouldn’t create exciting content that only groups and teams can do. Not everyone has or wants to play with strangers or friends.

Each freelancer has a team. This team provide vital information to freelancers and do everything in the ability to make sure everyone mission is a success. They are the support. Players must also remember that you can progress your javelin and your pilot. Pilot upgrades can include improvements in combat like mobility and even allow you to use javelin functions for longer before overheating like flying. Pilot skills and aspects are carried over to each javelin and not restricted so keep that in mind.

We checked out some gameplay and it definitely looks good. The world is very big indeed. The biggest factor that separates Anthem from others is the huge mobility. Players can fly to wherever they want, investigate and leave. Graphics and the environments look very good. It’s generated using the frost bite game engine. Sounds are very good too. The enemies are wildlife, monsters and other humans with guns, all can be dangerous. The multiplayer works very well but we hope the game has high difficulty, especially since you can play with friends. The action seems great so far and it will only get better as it get closer to release date.

Overall Anthem is going to get a lot of activity and excitement from gamers. There’s variety, good visuals, lots of action, mobility, creativity and multiplayer. Off course there is much more we can write about and mention but we will leave it as this. The developers ‘BioWare’ have done a very good job with this game. We at X35 Earthwalker look forward to seeing everything Anthem has to offer as it’s potential is very high. Now Anthem may have a massive world but it’s so tiny when compared to the size of… the ‘Earth Walk!’