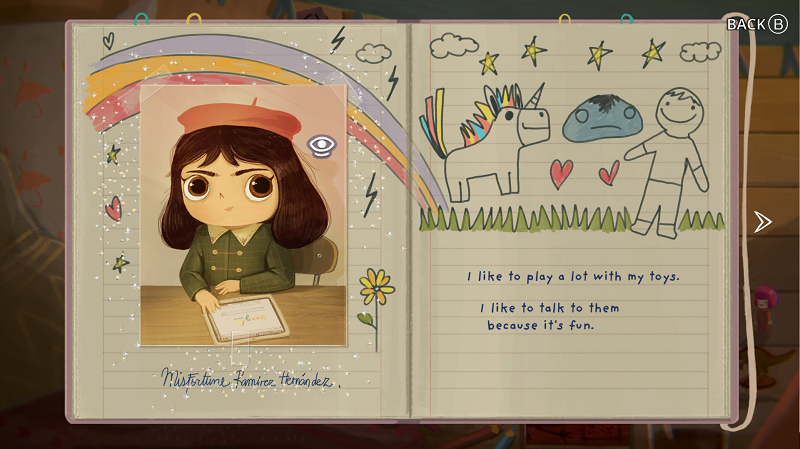 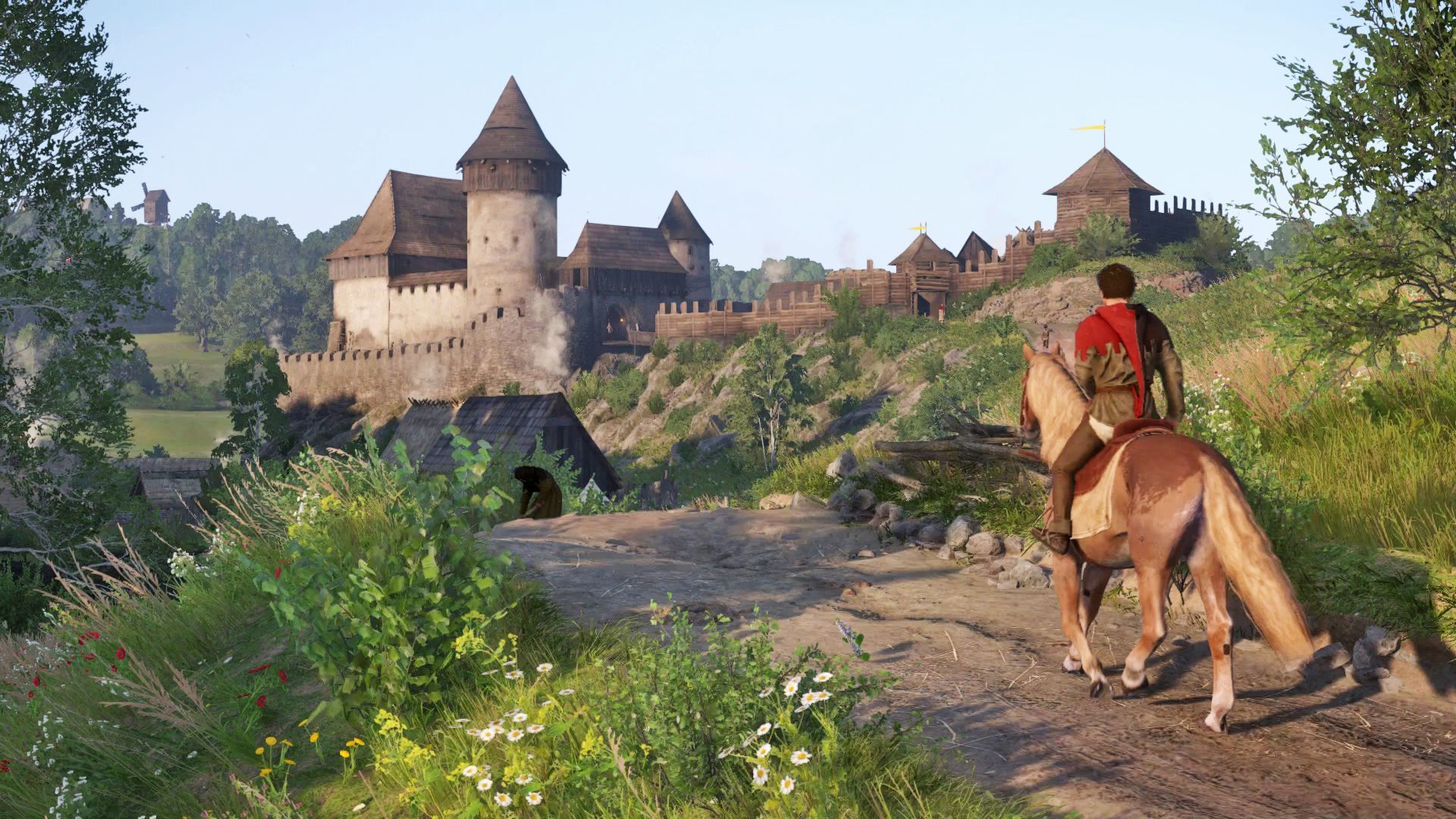 In Kingdom Come: Deliverance, you play Henry who’s the son of a blacksmith. Henry has a peaceful life but that all got ruined when a mercenary raid shows up. Your village is destroyed and burned to the ground. this raid was ordered by king Sigismund himself. Let’s get some of the back story. This all takes place in Europe 1403, in a region called ‘Bohemia’ which had everything going for it. It was had money  rich culture and structures everywhere like castles. Bohemia’s beloved ruler, Emperor, Charles IV  died. Basically one of the Emperors sons, Wenceslas took over the throne but was’t as good as Charles was. Then Wenceslas’s half brother, king Sigimund takes action, kidnaps Wencelas and takes over the place. This off course is bad.

With no where to go, family ruined and off course some sort of vengeance in your heart, you end up in the service of Lord Radzig Kobyla who just so happens to be forming a resistance to combat and fight against the invaders. Now you, Henry, the player are now in the middle of a very bloody civil war. Bohemia needs an hero. Fight and do your best. It certainly won’t be easy. The enemy isn’t a rage tag group of soldiers, they now how to wield a sword as well. Don’t forget that. 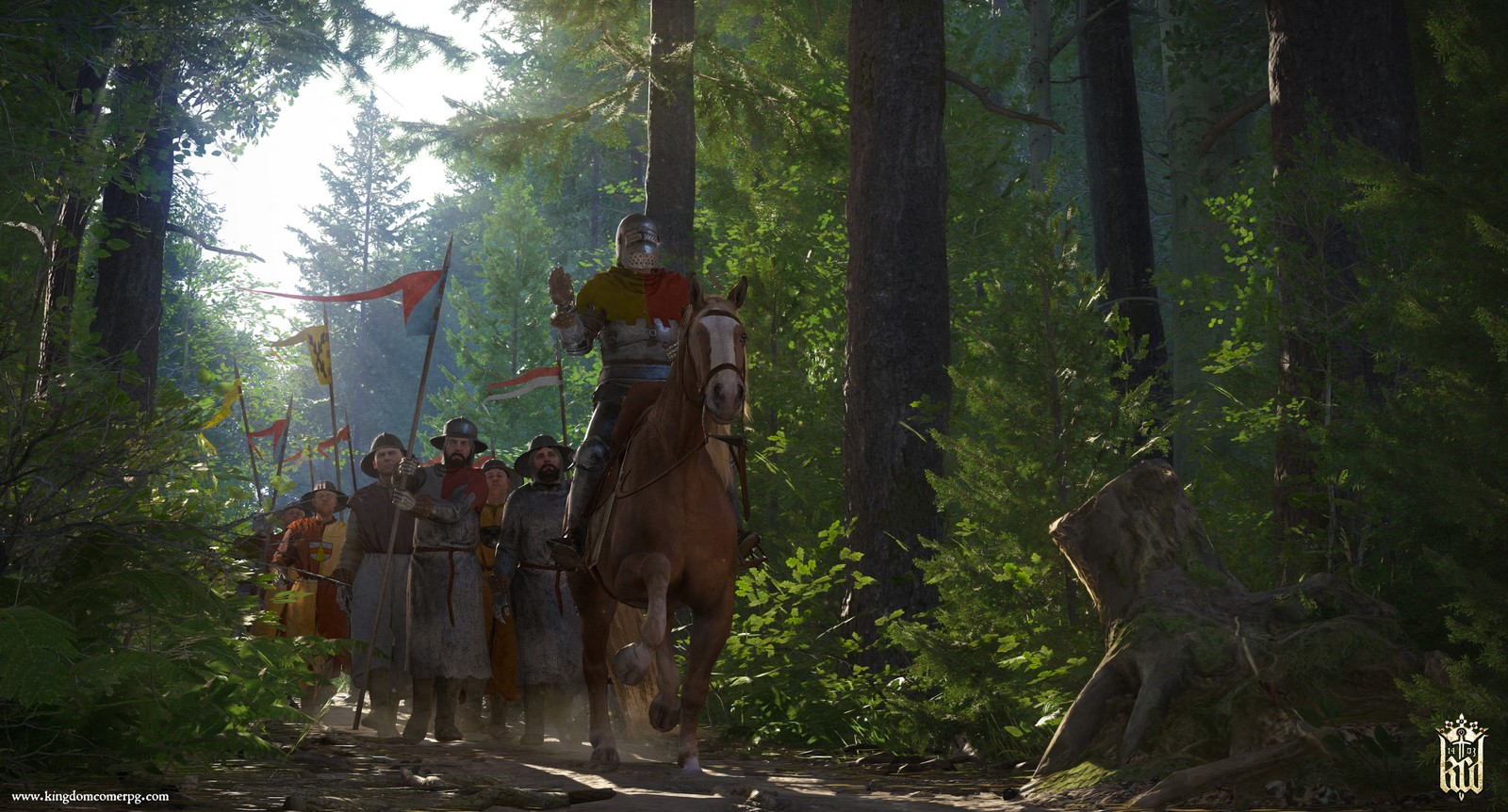 The developers wanted to make sure that gamers had as many options as possible about how you do things in the game. Use your reputation and charisma to your advantage. Maybe get some residents or characters on your side or get what you need from them. So your responses, words and what you do with certain individual characters and who you impress will definitely matter. So how will you handle your situations? Handle with your words and very polite or will you use force, raise your sword and make them hand it over. It’s up to you. Just don’t forget that freedom of choice is the main thing about this game. There are many ways to complete a quest and it’s up to the player how you do it but never forget that whatever you do will have consequences.

Kingdom Come: Deliverance also payed attention to some smaller details as well. The developers wanted to make this game very realistic as well. NPCs in the game will react to what you do, even if that means reporting you to the authorities. So snitching is a real thing here. There are actually weather patterns in Kingdom Come: Deliverance so rain, probably fog as well. That sounds real cool. It gets better though. There is a functioning day and night system. This is awesome. It adds more layers to the game. You could attack at night in the rain. Or wait for a sunny day.

We checked out some gameplay and we can confirm that this won’t be a hack and slasher at all. Each fight will require players to use their head and have good timing. Wait for an opening and then exploit it. It’s all European sword fighting. Wield many weapons like swords, maces, off course axes and more like the bow and arrow. Join large battles with many soldiers yelling and swinging their swords and even help with castle sieges. The action is far from dull. It’s definitely something you should check out for yourself. The 1v1 fights can go so wrong very quickly so have the right armour and don’t rush.

Overall Kingdom Come: Deliverance seems like a very cool RPG. The graphics are excellent for a game this large. High attention to details. The animations and weapon control of the characters are all done through motion capture with “experienced sword fighters” (X35 Earthwalker could easily beat them). A lot of effort and time went into Kingdom Come: Deliverance. The developers, ‘Warhorse Studios’ did an amazing job with this game. We at X35 Earthwalker are looking forward to see what this game has to offer on a full scale. Now the 15th century is not for everyone but there’s one thing that’s too much for the 15 century and that’s… the ‘Earth Walk!’