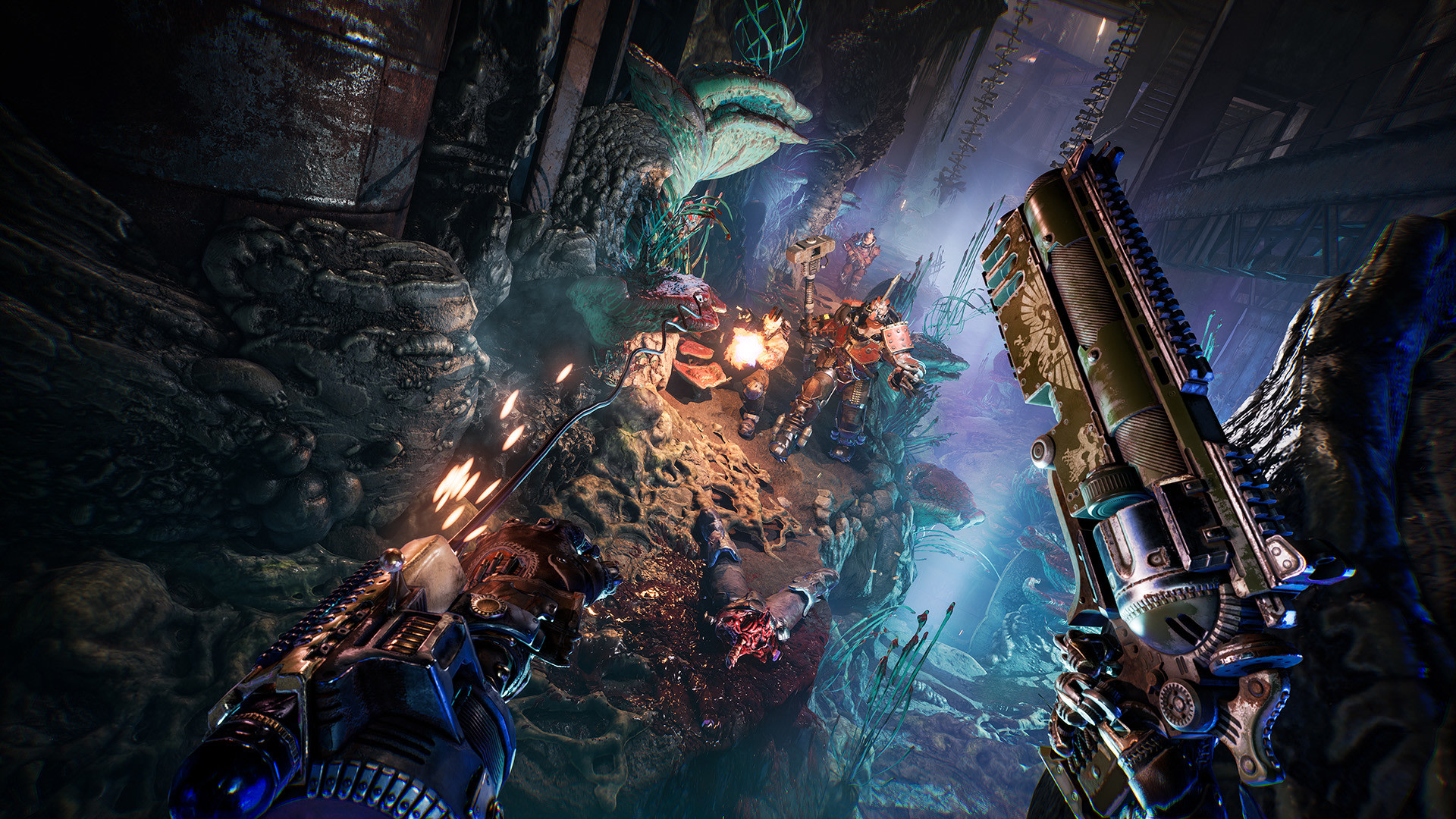 Necromunda: Hired Gun is all about this hired gun. That’s you the player by the way. You are in Necromunda. A crappy place full of nothing but crime and corruption. In this world you have to be merciless, which the hired gun is. Simple life really. You see the bounties, happy with the price and then go to get them. The hunt is on. Don’t feel bad as they are gangsters and mutants, some of which are notorious. Get to it. 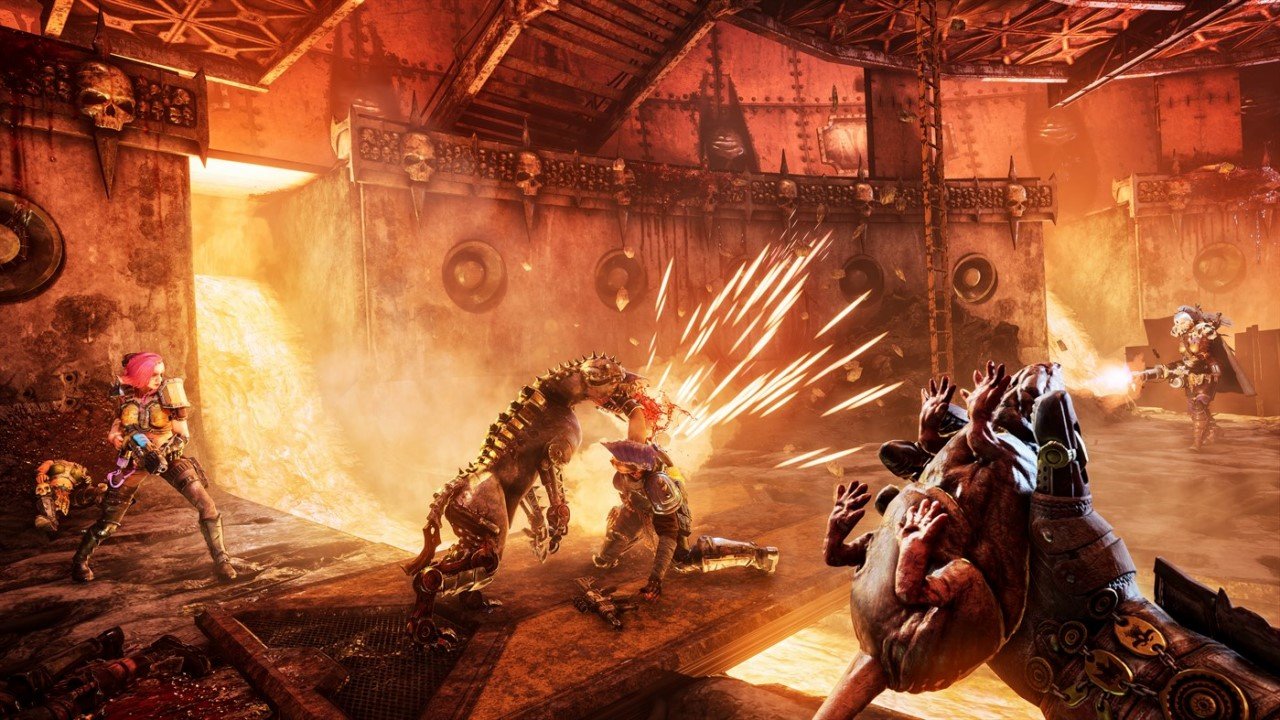 One more thing we didn’t mention. There’s a dog. Your dog. You have a loyal cyber dog that helps you track down and kill these targets. The dog is active too, as it’s capable of killing your targets itself as well. You ain’t so ordinary yourself either. Thanks to customisable augments, your body is enhanced allowing you to do certain things like leaping over large gaps and even run on walls. you’ve got a grapple hook for extra mobility and traversal options. So this isn’t just a straight up shooter. 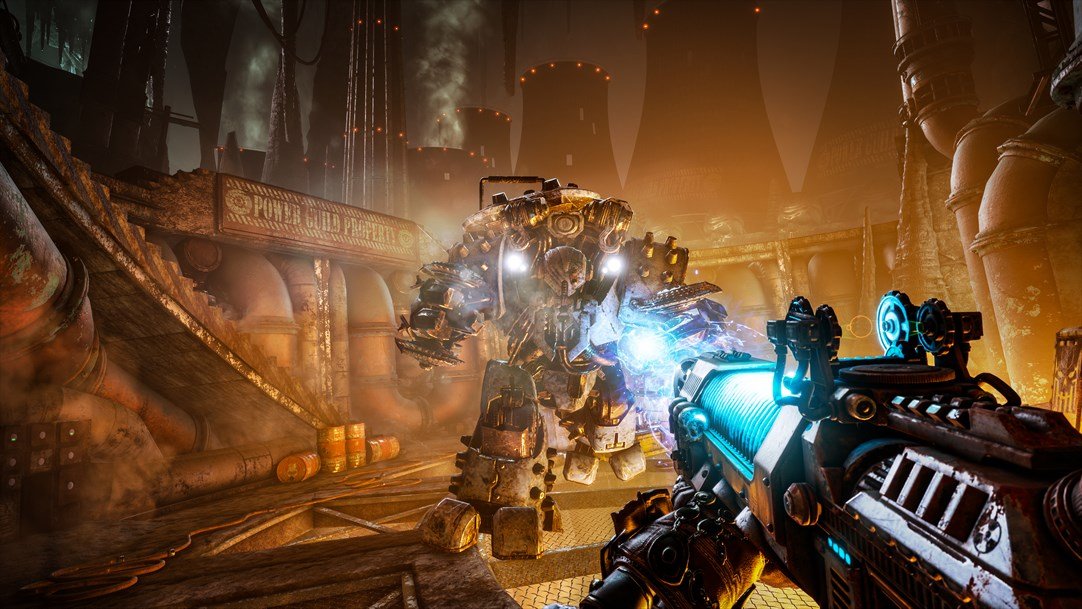 We checked out some Necromunda: Hired Gun gameplay and it’s what we expected. Keep agile, keep moving and gun them all down as you make your way to the target. There’s loads of special effects and even some electric based attacks. There’s multiple types of enemies too, even foes with mechanical parts suits and enhancements which make them very difficult to take down. Knowing which enemy to take down first and prioritise is quite important here. The level design is cool and definitely looks like a futuristic but bummy looking location. Definitely a den for scum and low lives. You see factory looking areas for mass productions. Parts and scrap around showing that the locals and guys here are in business for sure. Supplying their crime. So yeah… kill them.

Overall Necromunda: Hired Gun looks like a smaller scale action game. You just get out there and destroy your foes casually and quickly. Even the official trailer had a narrator which made light of the situation and enemies. So this isn’t anything serious but more focused on humour and fun. We will have to get more information about Necromunda: Hired Gun. The developers ‘Streum On studio’ have done a good job so far. We at X35 Earthwalker will just have to see what goes on with this game. Necromunda: Hired Gun may have a loyal cyber-mastiff but that thing would run away from… the ‘Earth Walk!’