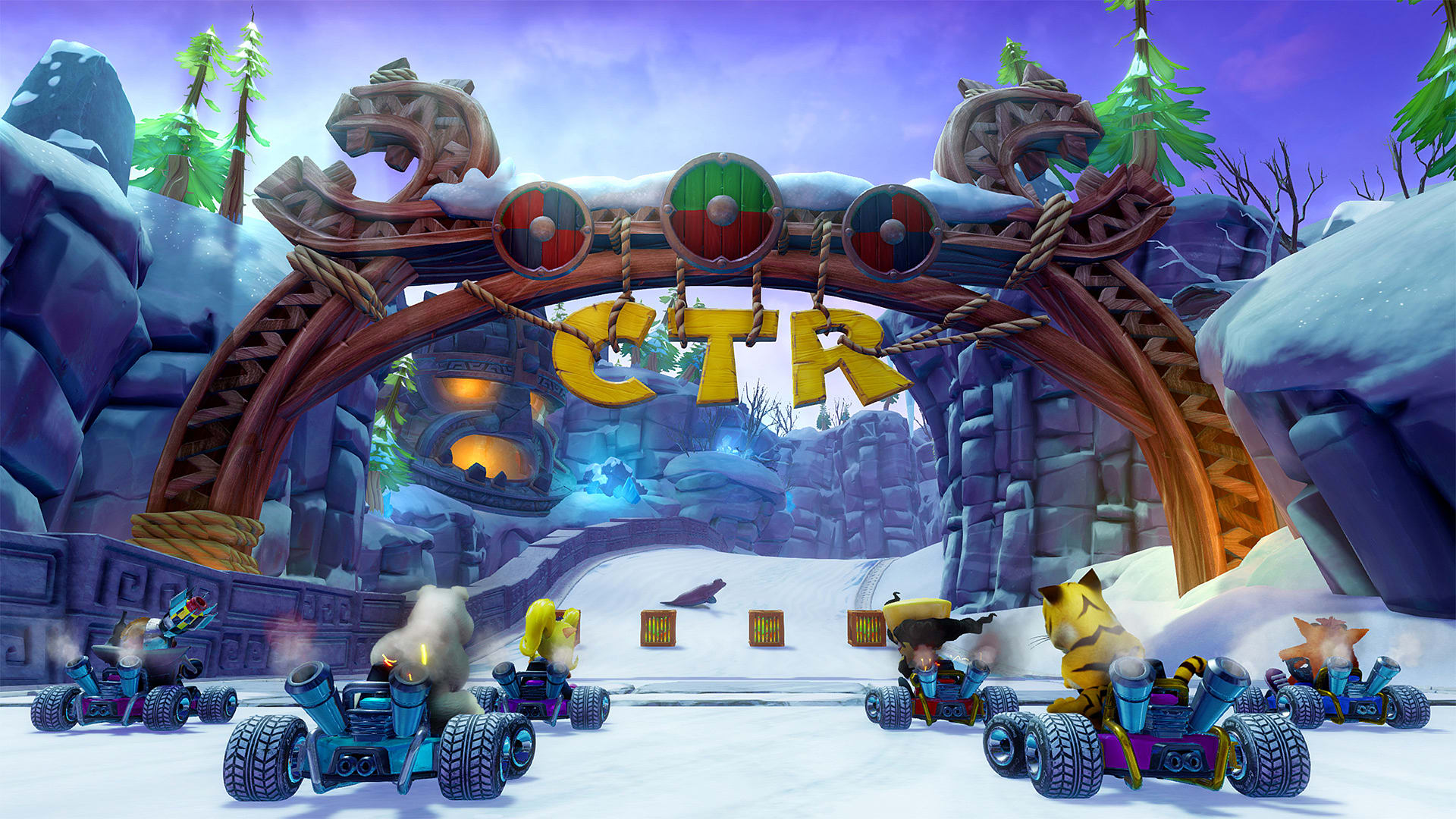 Crash Team Racing Nitro-Feuled is the new remake of Crash Team Racing, developed by ‘Beenox‘ and published by ‘Activision‘. It is coming out the 21st of June 2019 on the Xbox One, Nintendo Switch, PS4 and PC. This is the game that many PlayStation 1 gamers loved back in the day. So you know that this remake has really high expectations. Let’s take a look.

Crash Team racing was according to X35 Earthwalker, the one true Earthwalker by the way, was the best racing game. We haven’t played a better racing game. It was fast, fun, colourful, great variety of tracks, useful and fair weapons and challenging. Be honest, most of you didn’t even beat Nitros Oxide in time trial on ever track but X35 Earthwalker did it. Crash Team Racing was game that even families played together. Players who were masters at the game would always be ahead of the other racers but less skilled players stood a chance thanks to the weapons. Nothing is worse than getting hit by three homing rockets in a row, bouncing for an eternity. 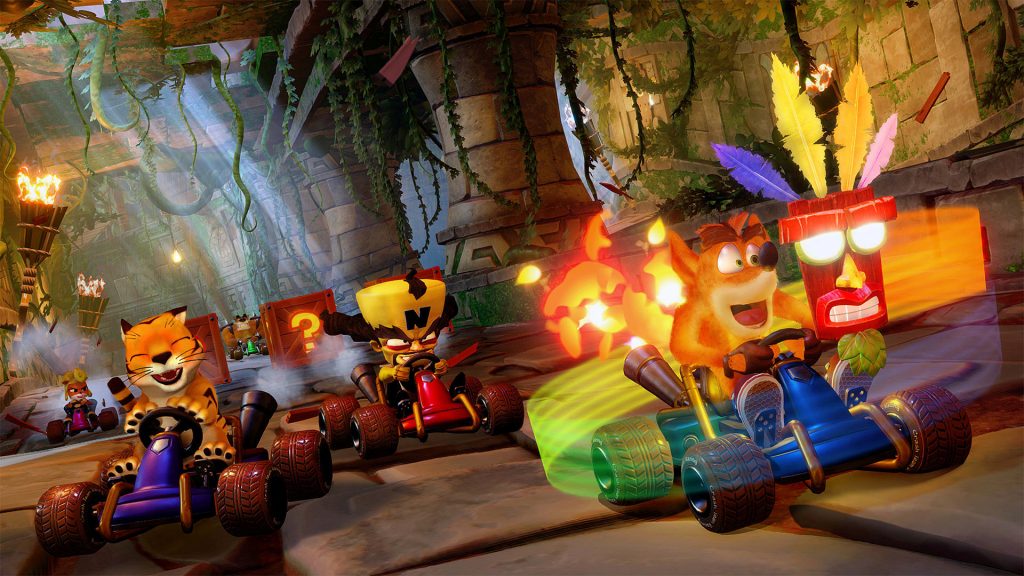 So remaking a game like this and claiming it will have the “authentic CTR experience” is a big order to fill. Fans like us remember everything about this game from the tracks and characters to how the power sliding felt. So we will be watching. So don’t mess up. Crash team racing wasn’t perfect though. We felt that the stats of car types didn’t matter. We could out speed high speed characters like Tiny Tiger with handling cars like Polar. We hope that Crash Team Racing Nitro-Feuled makes the stats matter. That faster cars actually feel faster but not too much faster to the point where everyone only picks the fast cars.

What we do know about Crash Team Racing Nitro-Feuled is that the developers claimed that it will have “the original game modes, characters, tracks, power-ups, weapons and controls.” This is good to hear. Let’s go through this one by one. Game modes: That means there will be a story mode filled with races, CTR challenges, boss races, time trials for relics and gem cups. Characters: So Polar, Crash (off course), Tiny and the others are here… but what about the unlockable characters like Papa Papu? We do know that you can play Ripper Too though so many it’s the same for the others. Tracks: Crash Team Racing had some memorable and awesome tracks. We especially liked the tracks in the Nitro cup, the more difficult ones. 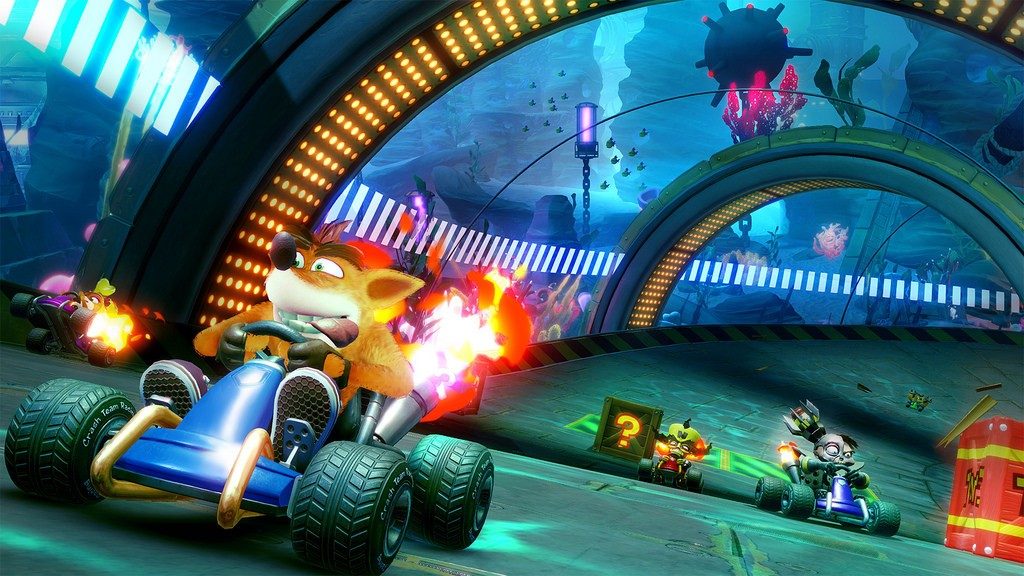 Power ups: Well the only thing that really counts as a power up is getting 10 wumpa fruits which then increases your speed and upgrades the items you get. Weapons: They can save your life or ruin it. Players of different skill can all compete in this game thanks to these things. Potions and ant crates for those in the lead, while missiles and a lighting orb for those in the back. Don’t forget about Aku Aku and Uka Uka. We hope they still have their signature music. Controls: The controls had a specific feel. The power sliding was different depending on the kart type. You can feel a resistance as you try to pull around that corner. It’s something you have to feel.

Now what’s different? We we do know that there will be more karts than before. There will also be more tracks than before too which is sort of exciting. There will be online racing too, so if you are good enough then you can literally trash (or crash) the competition. There will also be leaderboards too which off course doesn’t prove anything but adds to the competition. What’s also different is that characters aren’t stuck to one kart. Players can select a character and then select the kart that they want. This is a good change. Also it looks like players who are left bouncing from a weapon like a missile have an opportunity to get a boost as soon as they finish bouncing which is excellent and we hope the timing for such a boost is a small gap giving an advantage to players who practice it.

We checked out some gameplay and we can say that we are happy with what we saw. The levels look the same but off course remastered. Papu Papu pyramid looks wonderful and more greener greenery (yes, we said that). There is still some stuff we are wondering about but as we get closer to the release date, those things should get answered We are happy to see that split screen is back too as that was how we could play with out family to settle who was the best. This means gather your friends, bring out the cola, juice, water and let the fun begin. Trash talk is encouraged!

Overall, Crash Team Racing Nitro-fueled looks real good so far. Graphics are very good and the sounds seem okay for now. The characters look good, more cartoony and Polar has gotten so much fluffier (probably used a hair dryer). The developers ‘Beenox’ have done a wonderfully good job so far. We at X35 Earthwalker are off course keeping an eye on this game. Now Crash Team Racing Nitro-fueled may have some hype but nothing is more hyped than… the ‘Earth Walk!’