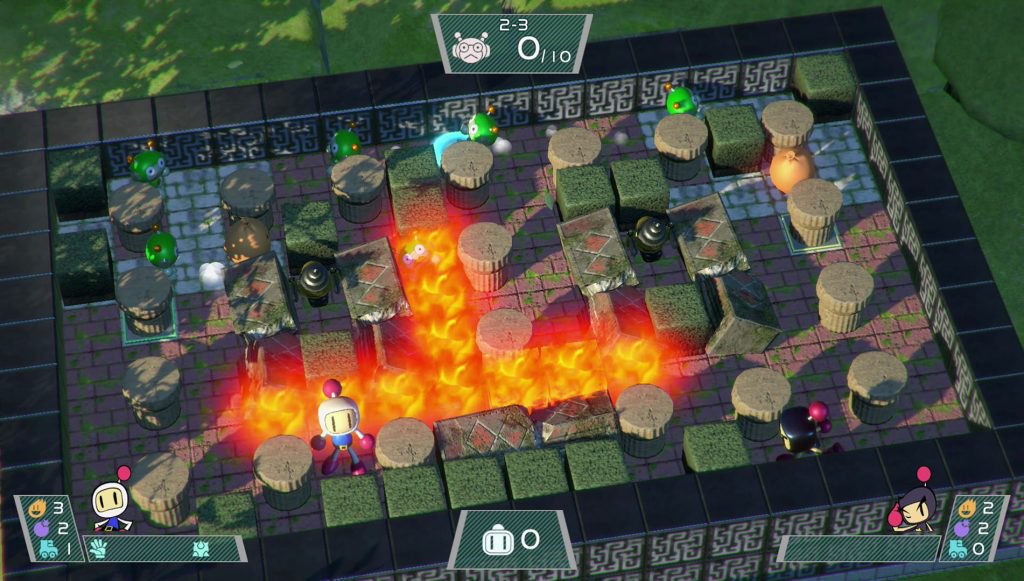 Super Bomberman R is a action maze game developed by ‘Konami‘ and Hexadrive. It is coming out on Xbox One and PS4 the 14th of June and the 13th of June on PC but already out on Nintendo switch. This game is said to have more bombs and fun. Let’s take a look.

Many gamers know Bomberman. Either from the days of the Sega genesis or more recent titles like Bomber battlefest. Bomberman is all about indestructible Bombermen who get together and have a blast using bombs and other explosives. Yes they do have a story like stopping dangerous enemies who either split the planet into pieces or collecting the bomb element crystals. This latest title Super Bomberman R is said to be ‘Lit’. 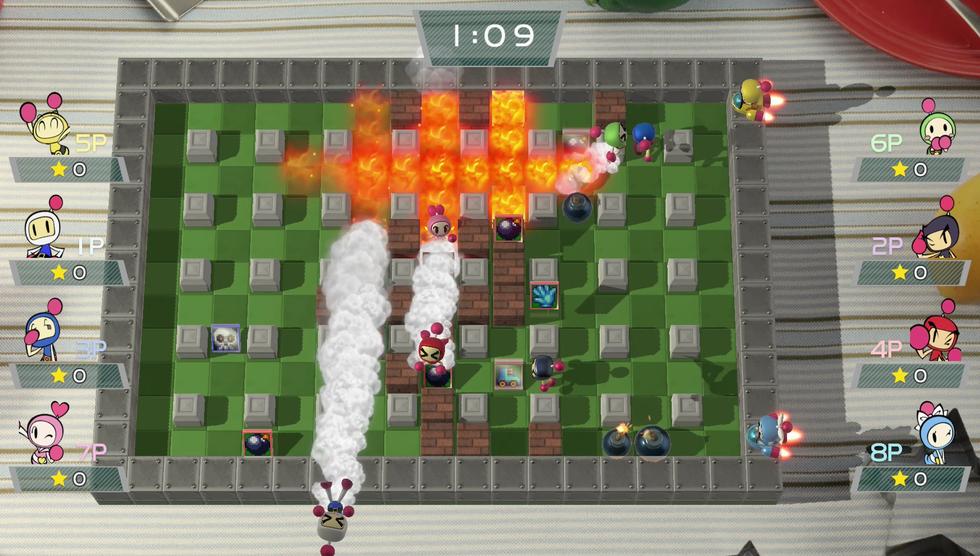 Super Bomberman R has the return of the famous bomber men but now there are 8 Bomberman bros: White, Black, Pink, Blue, Red, Yellow, Aqua and green. Each having their own unique personality and silly traits. They are up against their arch nemesis, Buggler who is out to destroy the universe, which is a very dumb plan. He doesn’t want to rule the universe but destroy it? So wouldn’t he die too? Anyway, he has with him the 5 Dastardly bombers who are a group of powerful bombermen who have very interesting powers. The story mode is interesting as of right now.

The multiplayer however; is what we all know Bomberman for. Battle mode has the traditional game mode of last man standing basically. So destroy the others and the be the sole survivor to win. There are 19 different stages to battle on and but it has been made clear that Super bomberman R got even more maps which are said to make matches unpredictable.

Along with the additional maps there are a bunch of new characters as well like: Simon Belmont Bomber, Goemon Bomber, Dracula Bomber, Pyramid head Bomber, Aubis Bomber and more. each having their own special ability which will certainly mix things up on the battlefield. This reminds us of a Play Station 1 Bomber game where some characters had special abilities like shooting flames, detonating bombs with bullets, dashing by rockets etc. It adds layers to matches.

Lastly Super Bomber R gets Grand Prix mode which according to Konami is made for future esports initiatives. It’s basically a package of match types made for 3v3 competitive gameplay. One of the modes is crystal matches where the two teams must collect crystals to score gain points but off course getting hit by a bomb will cause players to lose half of their crystals.

We checked out some gameplay and so far it looks cool. The High high bandits are here and still causing trouble. The boss battles with the 5 dastardly bombers are definitely epic. For example Magnet Bomber isn’t a pushover as he is quite fast, got multiple bombs and his magnet bombs will follow you for a period of time through magnetism. The story mode have over 50 levels. In Battle mode, the biggest flavour comes from the different stages which have different environments and map elements. Everything so far looks real cool. just how they draw some of the bombermen poses do look a little lame, even for a children’s style game.

Overall Super Bomberman R is a very cool game. The graphics are great and the music is great too. The voices and animations are funny and works well for this style. The campaign can be done in co-op two players while Battle mode can have up to 8 players. We just hope they bring in more game types for multiplayer as that’s a solid advantage that Bomberman Battlefest had. The developers ‘Konami’ and ‘Hexadrive’ did a excellent job. We at X35 Earthwalker are looking forward to playing Super Bomberman R. Now bombermen have a blast but nothing is more fun than… the ‘Earth Walk!’