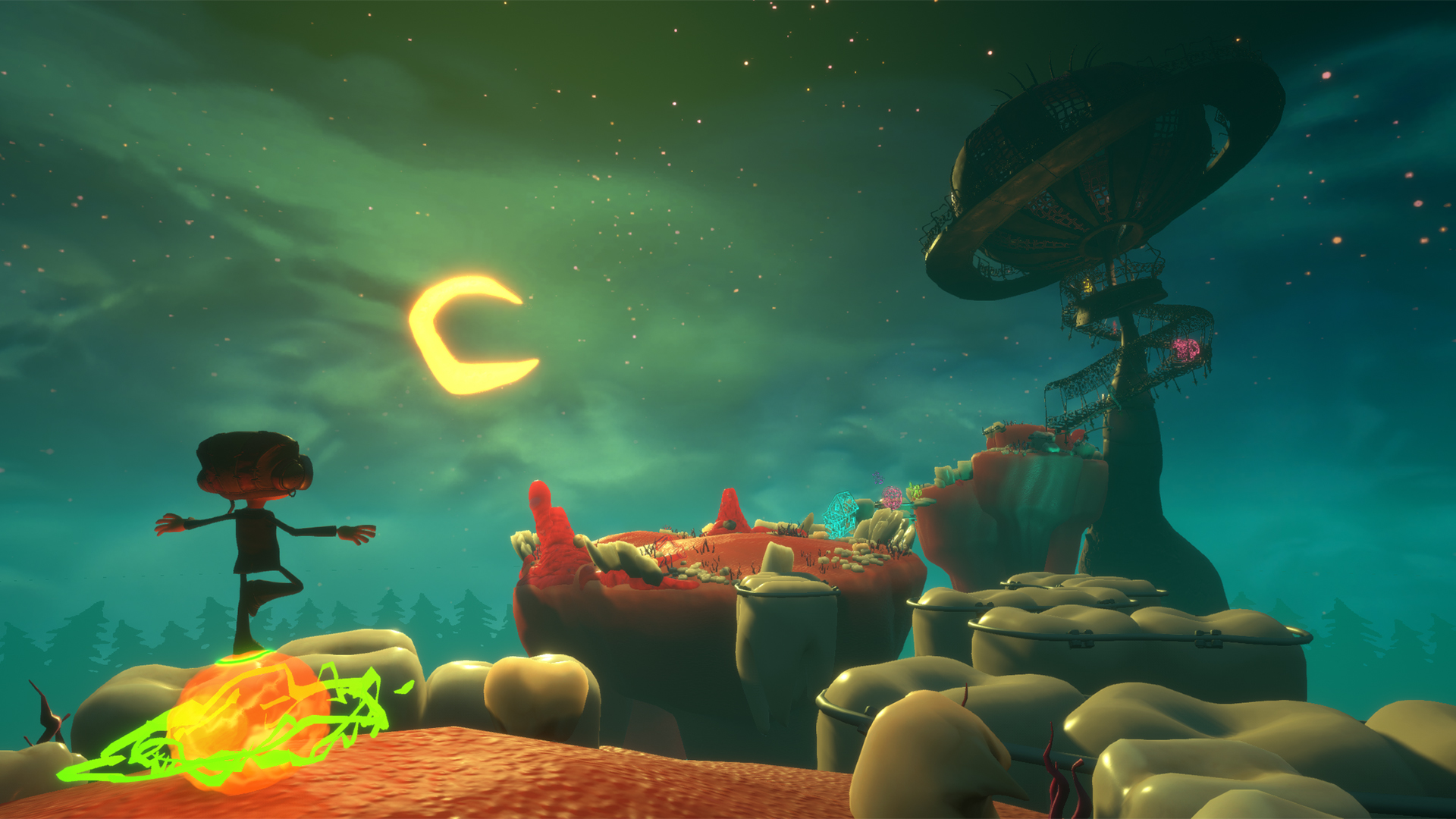 Psychonauts 2 is a new action, adventure 3D platformer game developed by ‘Double Fine Presents‘ and published by ‘Xbox Game Studios‘. Psychonauts 2 is said to be coming out 2021 on Xbox One, PlayStation 4 and PC. This is another game that got displayed during the Xbox games showcase. We wanted to write about it quickly. Let’s take a look.

Psychonauts 2 is about a dude called ‘Razputin Aquato’. This guy is a trained acrobat but that’s not all. He’s psychic. Not just any psychic but a powerful one. He has a major dream of wanting to join the Psychonauts, who are an international psychic espionage organisation. The members are basically psychic super spies. He finally fulfills his dream but things aren’t so great right now. Basically the leader of the Psychonauts has changed. Ever since he got kidnapped. So the leader is wack but there’s also a mole (traitor) hiding in the headquarters. That’s a terrible situation. 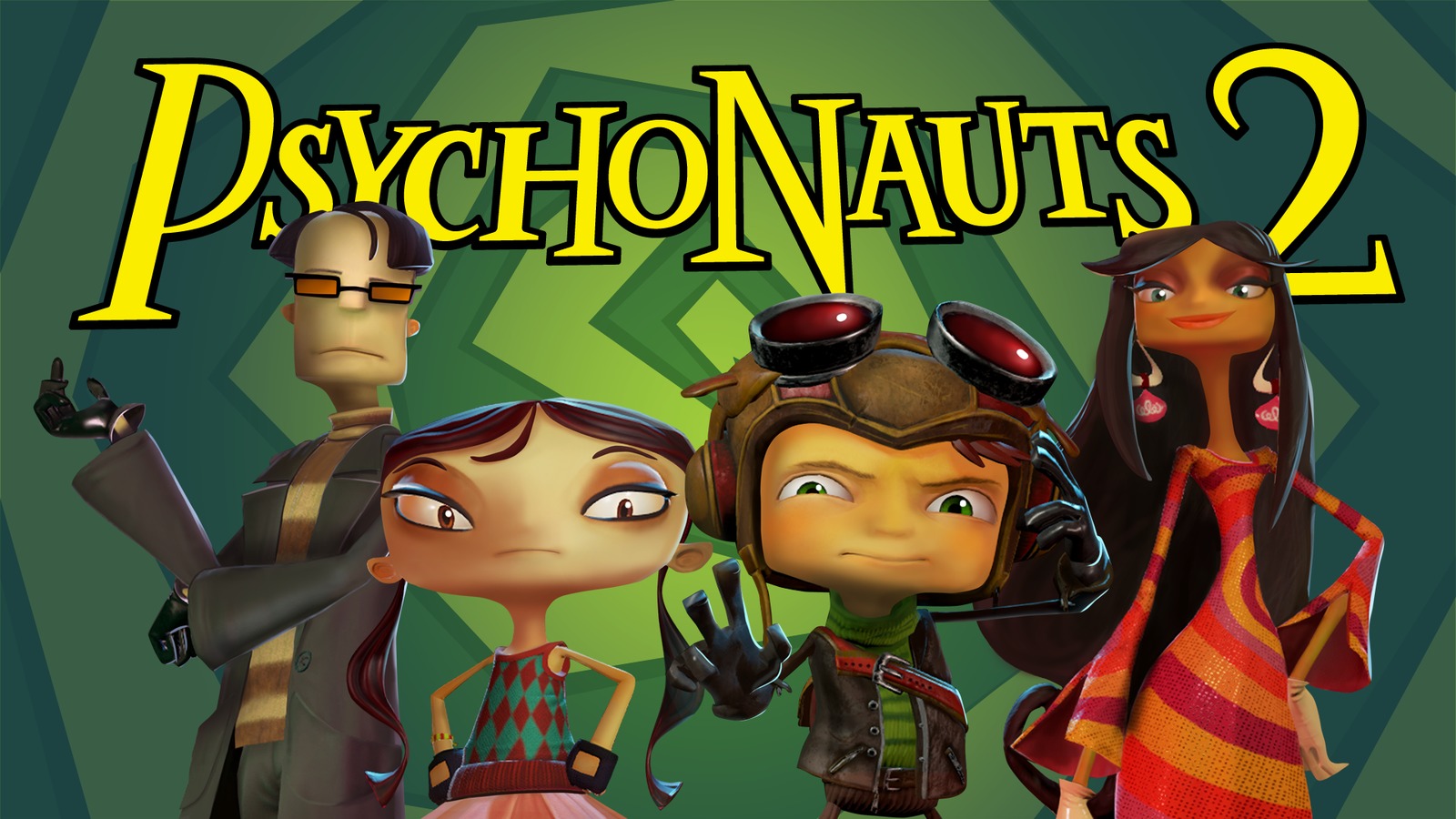 So basically it’s up to Razputin to save the day. Why him though? This is a whole team of psychic spies but this new guy is going to be the hero. If they fail then the traitor will complete his mission which is to bring Maligula, who is a psychic villain who kills alot. So that’s the story really.

Now Psychonauts 2 is going for it’s own style with the character design, body shapes, objects and world. Remember that this game is an adventure. This adventure won’t just be a we have to go here and stop the bad guy there. You will need to enter peoples minds. Allowing you to be able to help them as some have struggles or “inner demons”. There’s going to be some emotional issues. This does make sense since you need to figure out who the mole is amongst the Psychonauts organisation. Access everyones minds and find out who has something to hide concerning the mole. 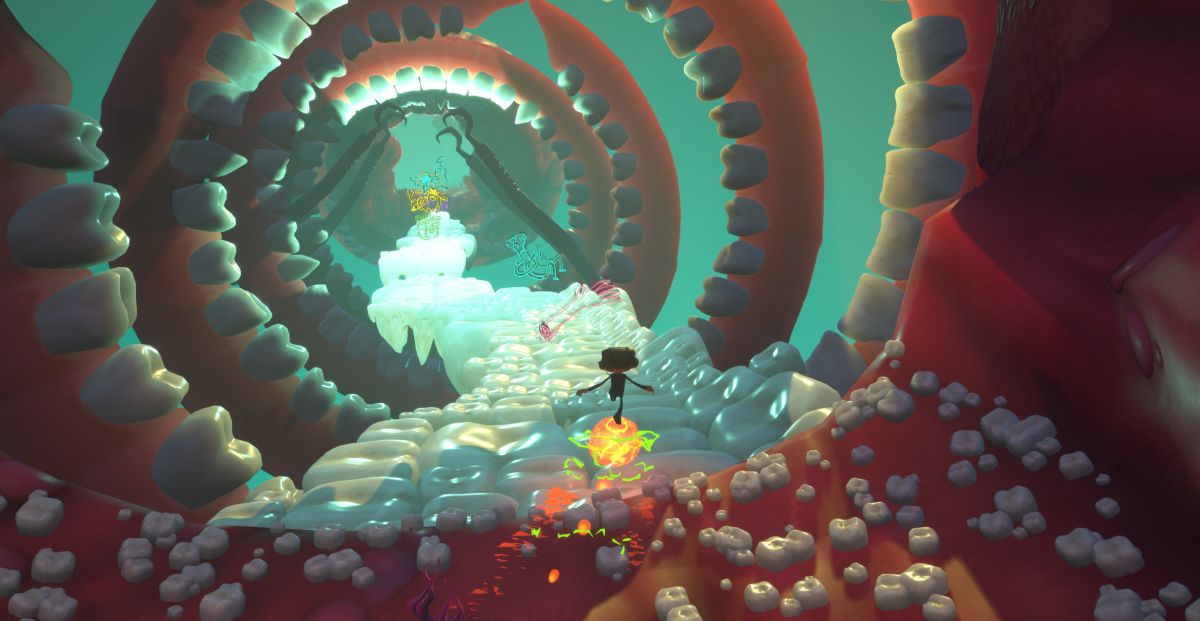 Get ready to enter minds by entering brains for some reason. There are worlds that look like creative imaginations. Expect forests, mushroom plants, buildings with an eye, space travel looking worm holes etc. Nothing is normal hear. Fitting in spaces you can’t normally. Appearing in random places. Some of these levels remind of us Super Mario Sunshine. The forest area in Psychonauts 2 brought memories of Pianta Village. The creativity in this game is very good. We even have an area made from teeth. Creepy.

This isn’t our style of game but we have to look at games for their genre and design style. Psychonauts  2 certainly has quite a bit going on here. The biggest thing going for Psychonauts  2 right now is the creativity and the fact that this game is very different to other games coming out and the others in the Xbox showcase. X35 Earthwalker are all about creativity. We have seen psychic abilities like telekinesis and even deflections of projectiles.  Psychonauts 2 is giving is what is claims to have. A psychic organisation, psychic abilities, creative worlds, surreal stuff everywhere. You will experience this all and more.

We checked out some Psychonauts 2 gameplay and it’s what thought it would be but to a higher degree. This game is weird though. Seems very simple to understand and seems like there’s a good amount of hand holding too. Run, jump, climb, shimmy down, attack, think and solve. We hope they up the excitement for the enemies. Most of them look lame and don’t look like a threat.

Overall Psychonauts 2 just seem like another wacky action adventure game with psychic powers. How big the adventure is… we don’t know. We do know there’s a loyal body of fans for this game. We like the visuals and creativity of the areas as that’s it’s strongest point in our opinion. The developers ‘Double fine present’ have done an alright job with this game. We at X35 Earthwalker will just have to hear how well Psychonauts 2 does. Now Psychonauts 2 may have a wacky style and creative locations but but they are all regular nd plain compared to… the ‘Earth Walk!’