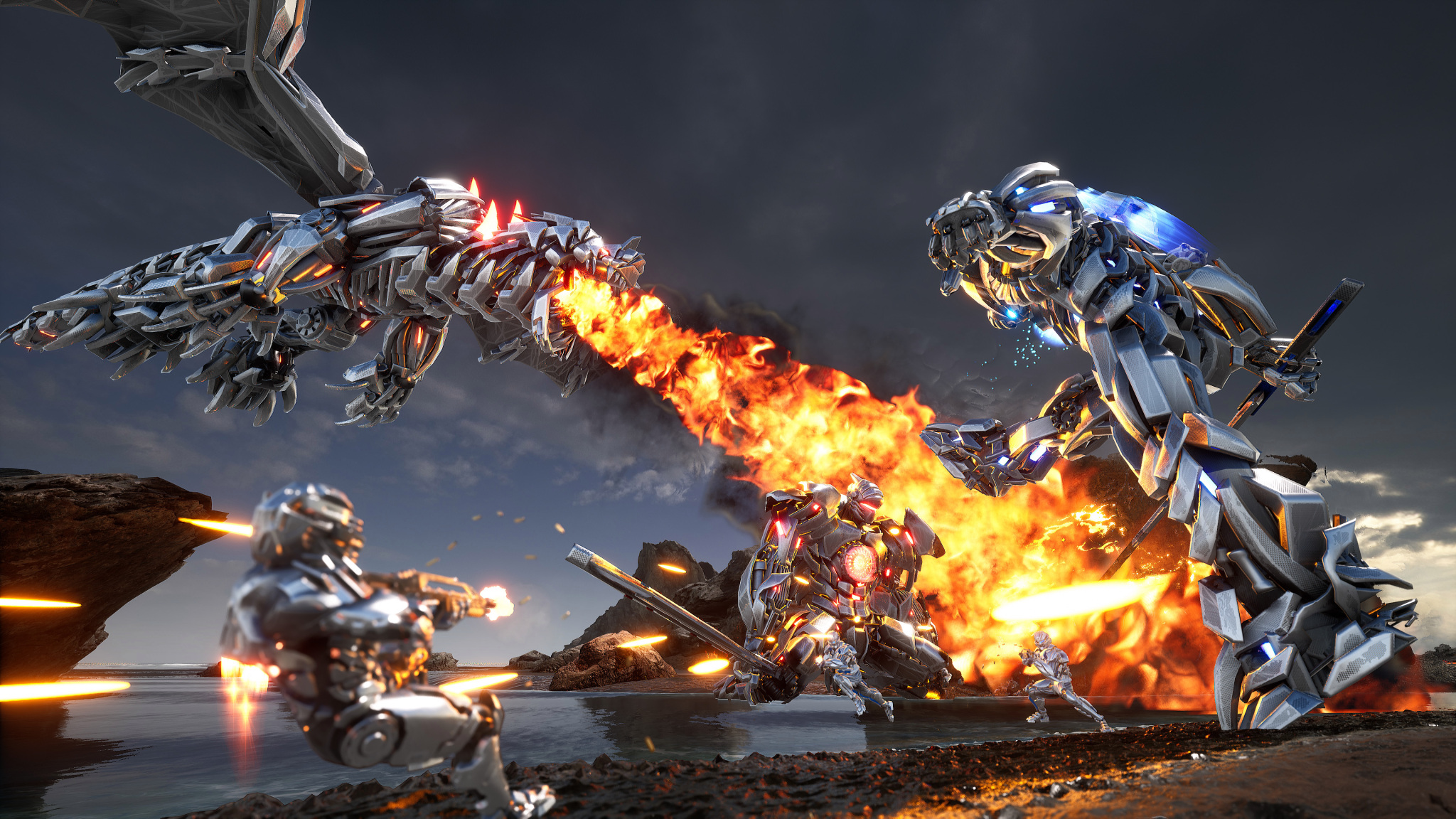 ExoMecha is a new free to play online competitive first person shooter game developed by ‘TwistedRed‘ and published by ‘Xbox Game Studios‘. ExoMecha is said to be coming out last quarter of 2021 on the Xbox One, Xbox Series X and PC. X35 Earthwalker knows a special game when he sees it. This game is looking special for sure. Let’s take a look.

In the universe of ExoMecha there is a planet called Omecha. It’s described as habitable. Multiple intelligent species in the galaxy have discovered Omecha. Now off course no likes to share apparently so these species are going to fight it out to be the one to have control of the planet’s resources. Simple story but it does explain everything you need to know about the action of the game. The action is the main factor and where it’s at. 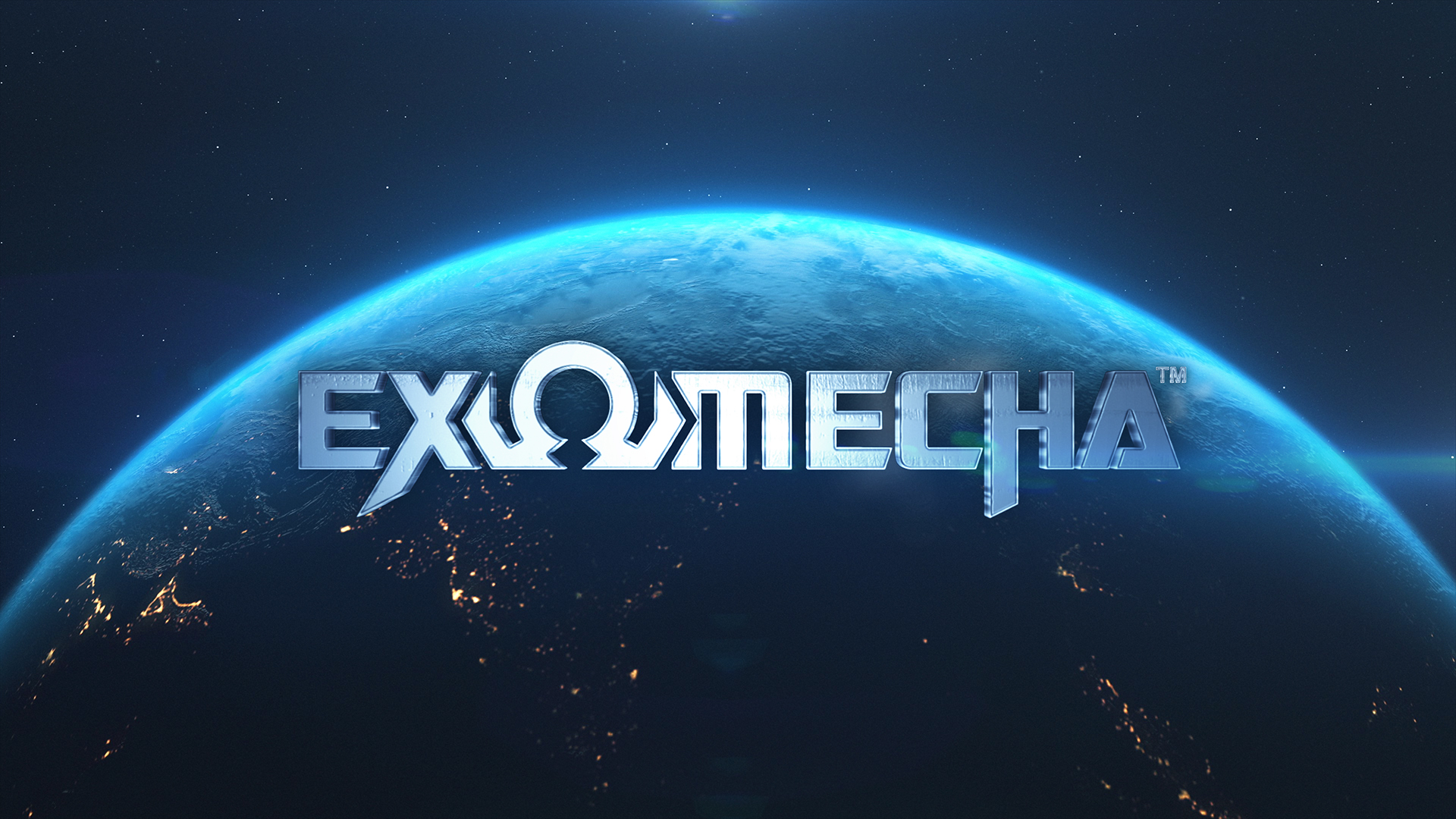 Now the main battle and gameplay of ExoMech is infantry in advanced suits fighting it out in a way that reminds u of Titanfall. You can sprint, jump and shoot like in a regular shooter game. You have grenades and equipment to back you up like a grapple hook that you can even use to reach and take over a vehicle for example. You can get your hands on powerful weapons like rocket launchers which off course is perfect for destroying vehicles a group of troops and even flying threats Here’s where out feels like a shooter and you’ve got to make some moves in order to bring in the real firepower.

Now when we said in the title “Giant mechs, dragon and wars”, we weren’t joking. That sums up ExoMecha. It’s big battles. There are giant mechs that carry shields and swords. They literally fight it out like transformers. Remember that scene where sentinel prime with shield and sword fought Optimus prime. Yeah think of it like that. Two big mech robots just blocking, swinging and even doing techniques like knocking the enemies shield away with a kick. So it isn’t mindless button mashing but there’s neutral footsie game with spacing, counter attacking and moving in to remove the shield. There’s even executions.

Now it doesn’t end there in ExoMecha. We mentioned vehicles earlier as well. There are flying vehicles like attack copters which are literally just there to mow everything down even with explosive rounds. There are tanks with a heavy duty main cannon. There’s even a quick combat land vehicle which we saw it, we instantly though of the warthog from Halo. It can fight a few people and has a current for someone to man and fire. Last of all is the dragon. You heard us. This beast is a friend to no one. It will go wherever it wants and start shooting flames everywhere. It has been said that there’s a serious reward for having the guts to face this thing. The dragon is mechanical, big, and causes lots of damage. Off course it’s powerful but X35 Earthwalker can literally one shot that thing with a slap… so it’s only dangerous to regular people like you who’s reading this.

There’s more to ExoMecha than what you see. You have chaos and wars happening everywhere. Players will be equipped with abilities and gadgets. The two we see in the trailer: dash and grapple hook are examples. The developers said that none of the abilities are offensive: so expect defensive stuff or mobility. So far we know of three game modes in ExoMecha. One is like an objective type mode, another is basically a large scale battle while the third is basically a battle Royale. It gets strange though as we saw a players standing on top of a moving missile. So literally riding a missile into combat while shooting. Wild. 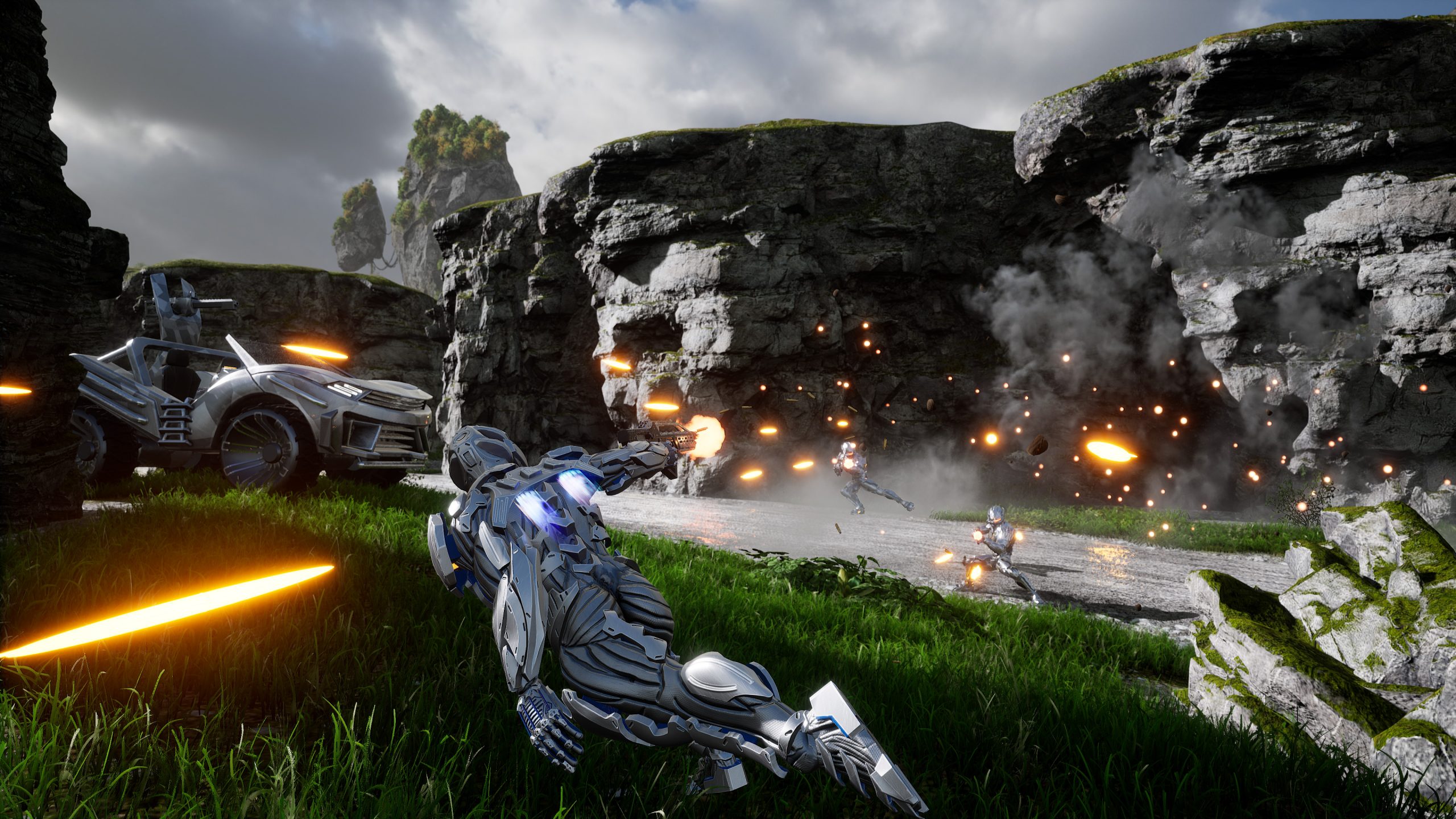 ExoMecha isn’t a simple flat game either with a set design. It changes. The developers stated that “at first, the ExMecha journey will start with all-natural environments” but as more species and civilisations land on Omecha, the maps will change due to their impact on the world. So each civilisation will have their own theme which will be clearly seen in the design of the maps. A little bit of information concerning the vehicles. There will be more than one of a type. For example there is a main tank and spider tank. The spider tank has better control and movement on rough surfaces and has a faster rate of fire but the main tank overall does more damage with slower firing big cannon and has higher max speed. So expect this for other vehicles.

We checked out some ExoMecha gameplay and it’s what we though. Expect big fields and maps with loads of combat and gameplay going on. Expect giant mechs clashing across the map while infantry are fighting it out with headshots, grenades and abilities and maybe commandeering vehicles. Then suddenly you are warned that you are in danger zone. Why? No reason… only the fact that there’s a giant dragon right there burning everything up. It’s pure action. Like we said it’s sort of like Titanfall, Transformers and Halo in one in a way with fractions from each.

Overall ExoMecha looks like something special. We are finally get a mechanised futuristic all battle game that will also visually look amazing with the power of the Xbox Series X. They stated, “Xbox Series X, we will have a 4K high fidelity mode & a 120 fps mode. Our 120 fps mode will also be 4K but it will be a dynamic resolution.” The developers ‘TwistedRed’ have done a fantastic job with this game. We at X35 Earthwalker are keeping an eye out for this game. Now ExoMecha may have Gian mechs and a dragon but all those working together wouldn’t even scratch… the ‘Earth Walk!’