You have heard it many times from mainly playstation fanboys and other ignorant people that Xbox has no games. That was a lie, always was a lie and a dumb one at that. X35 Earthwalker has been playing on the Xbox console since the the original Xbox. We have played many games back then and funny enough played even more now. We will go over a lot of these games briefly. Let’s take a look.

Xbox has no games they said. Especially today, it’s the exact opposite. Matter of fact, this may sound silly but there’s actually too many games. X35 and many others have the same problem. There’s so many games that we try to split our time to play them as there’s many good ones we are into but off course don’t have as much time as we would want. It’s a problem from prosperity. Too many good games and not enough time. Back in the day Xbox off course had the greatest game which was Halo. The leading third person shooter which was Gears of War, the racing game Forza. Now those were the big three. There was also a bunch of smaller named games that weren’t exclusives but on the Xbox platform. There was the ‘games with gold’ where you got great games sometimes for free. 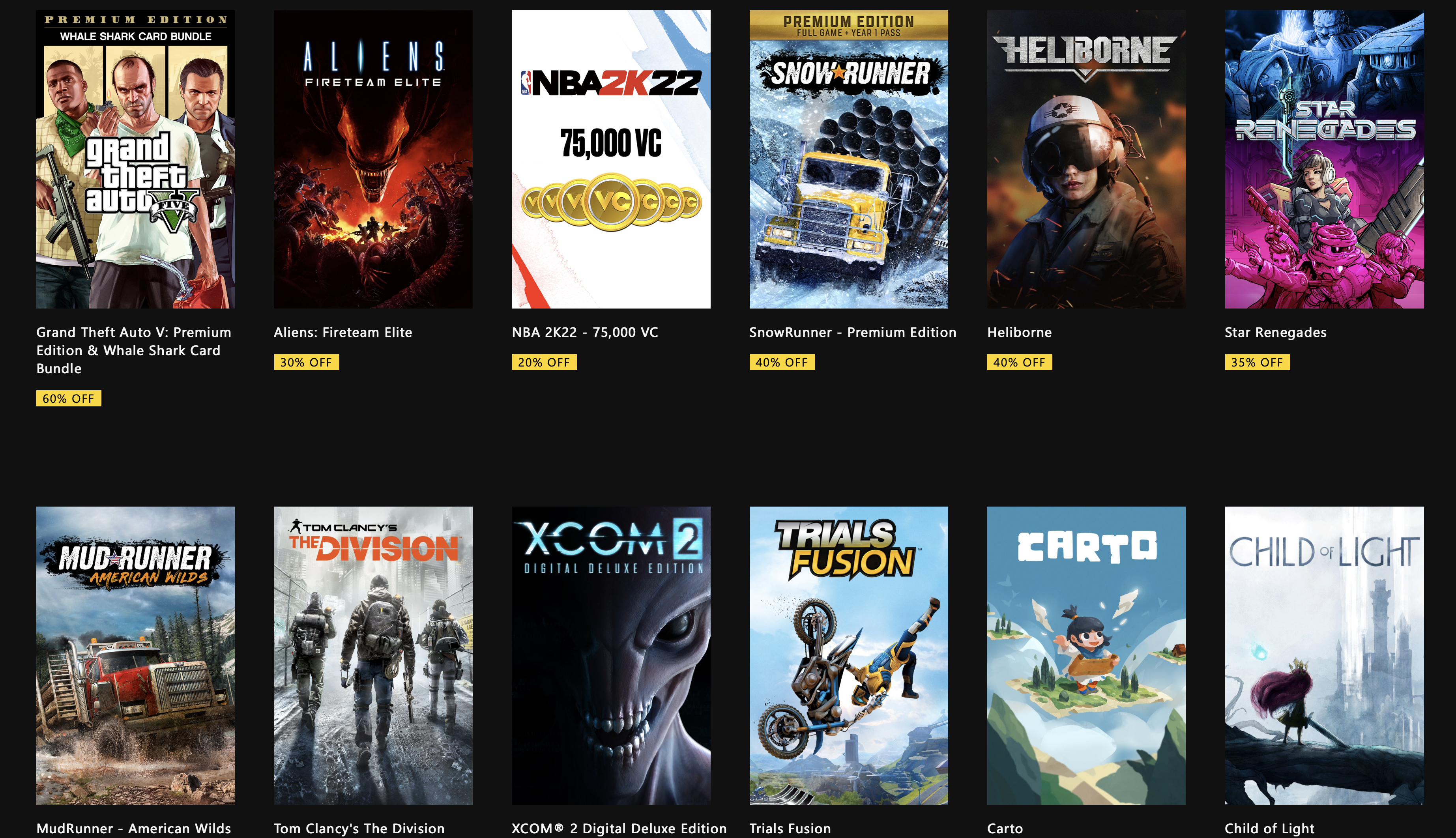 When you say Xbox has no games you are saying that when you check the Xbox library, there’s only three games and that’s it. We played Bomberman, Spelunky, Supreme Commander 2, Dungeon Defenders, Assault Android Cactus, Bejewelled 3, Castlevania symphony of the night, Castle of illusions (remastered), Dante’s Inferno, Dead Space, Ultimate Doom (and sequels),Feeding Frenzy, Ghost busters sanctum of slime, Harms way Knight squad, limbo, Munch’s oddysee (Abe), strangers wrath, Sacred 3, Resident Evil, Zuma and soooooo much more. So yeah, Xbox having no games is stupid. Oh you mean in terms of exclusives? Not like that matters as games are games but yeah, we can prove Xbox has games from that angle too. 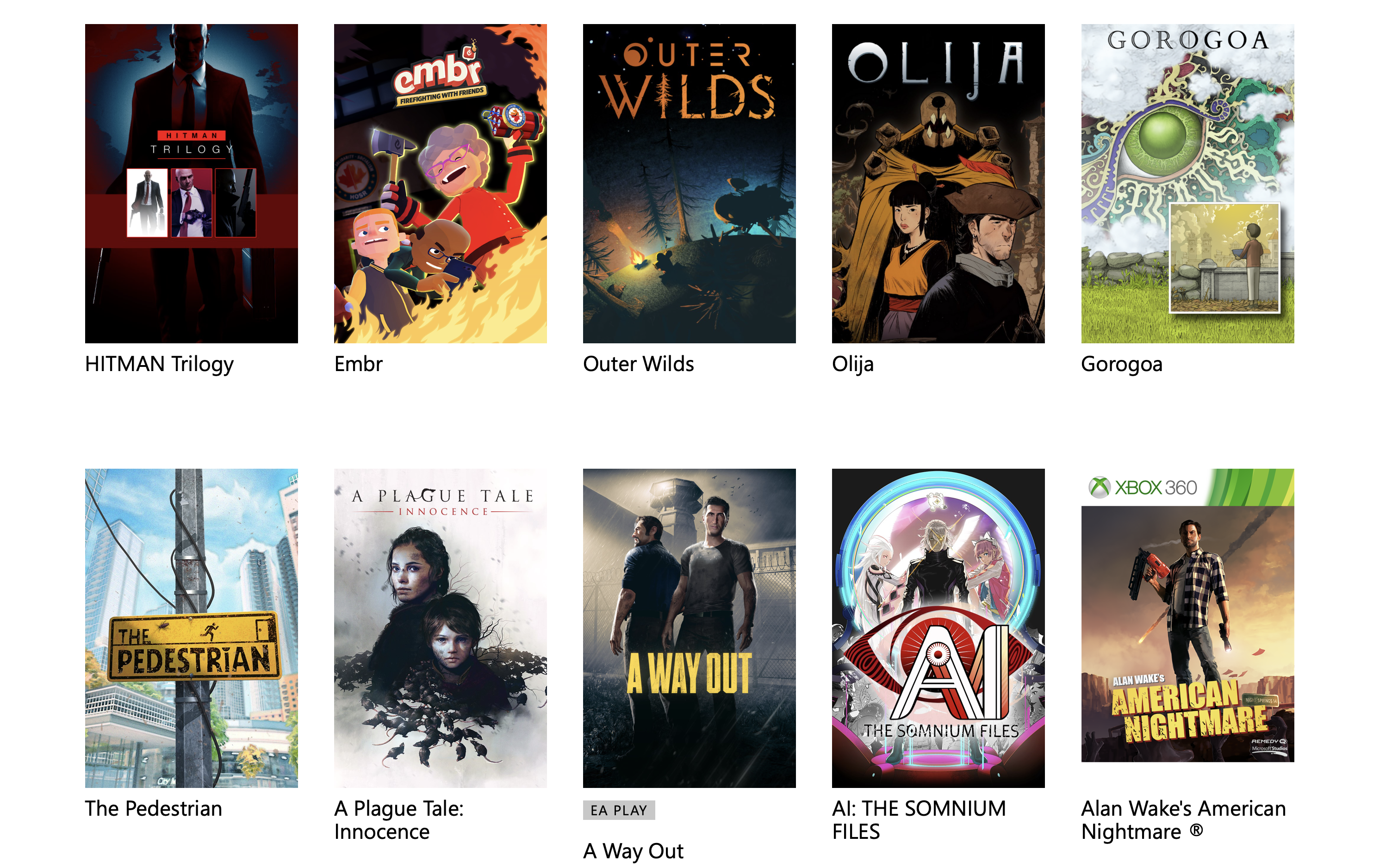 First we will give you the list of Xbox exclusives we made last year back when every game on this list was to come out and not released yet. These were all the xbox exclusives that were coming out at the time last year. Take into account that playstation had like only 15 or 15 games announced to come. The list was: Halo Infinite, Second Extinction, Call of the Sea, The Ascent, Scorn, Bright Memory Infinite, The Medium, New Genesis phantasy star online 2, Hellblade 2, Grounded, Avowed, Forza 5: Horizon, state of Decay 3, Psychonauts 2, Stalker 2, Everwild, Warhammer 40000: Dark Tide, Tetris Effect: Connected, The Gunk, CrossfireX, Fable, Exomecha, Gears Tactics, The Falconeer, Sable, R-Type Final 2, Morkredd, Ark Survival 2, Perfect Dark, Microsoft Flight Simulator, Starlight, Mechawarrior 5: Mercenaries, Song of Iron. 33 games right here. Xbox doesn’t have any games… right? Now off course some of these are out right now, so we have even more games available. More games than playstation got and more games than they will get including next year too. 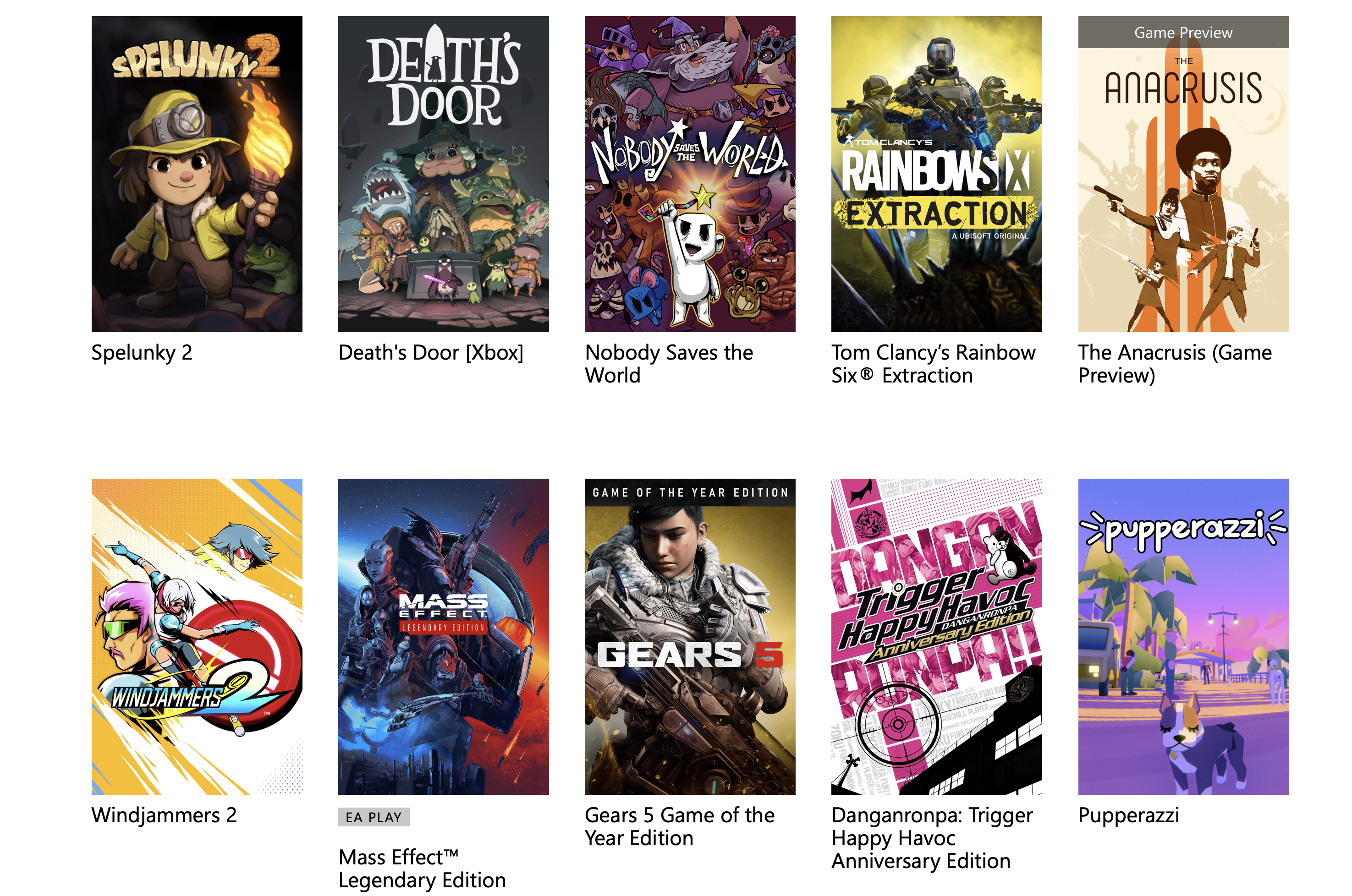 Now for the final blow against an argument that’s already dead… Game Pass. That’s all we have to say really, but think about it. You join the Xbox Game Pass and get instant access to like 100 games, old and new games for free basically. It’s the full game too. Nothing playstation has can match that. It’s so good playstation wants to do the same thing. Xbox is leading them now. So the many third party titles, plus the 33 new games announced last year, plus the games on Game Pass, plus all the potential new ones like sequels to the games Microsoft owns through the Activision, blizzard purchase like Overwatch 2.

So yeah. Xbox has no games. That was false back then and it’s false now and it’s in fact the exact opposite now. There’s too many good games. We have streamed many things. Hopefully we can get a G-blog out soon about games we recommend you should check out and play. Xbox has lots of good games of different types. Now Xbox has lots of games but it ain’t no where near as big as… the ‘Earth Walk!’