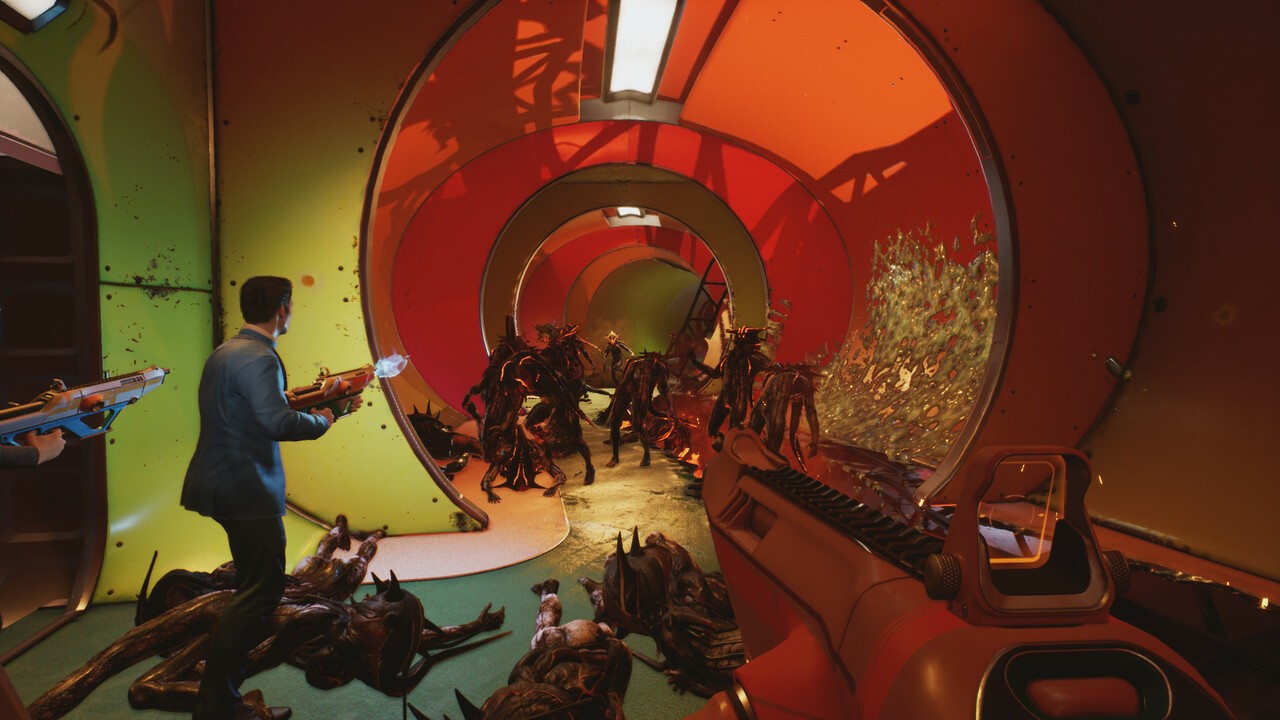 The Anacrusis is a first person shooter 4 player co-op game developed and published by ‘Stray Bombay‘. The Anacrusis is said to be coming out this year 2021 on the Xbox Series X, Xbox One and PC. It’s another xbox exclusive. No PlayStation or Nintendo. We like facing alien hordes. Let’s take a look.

The world of The Anacrusis is simple so far. All the action is taking place on a massive starship. The starship is stranded… at the edge of an explored space. There’s four characters. They must work together to survive and face off against the alien horde. It’s survival. Now it’s not clear if you are trying to wipe out all the aliens or if you are trying to escape. 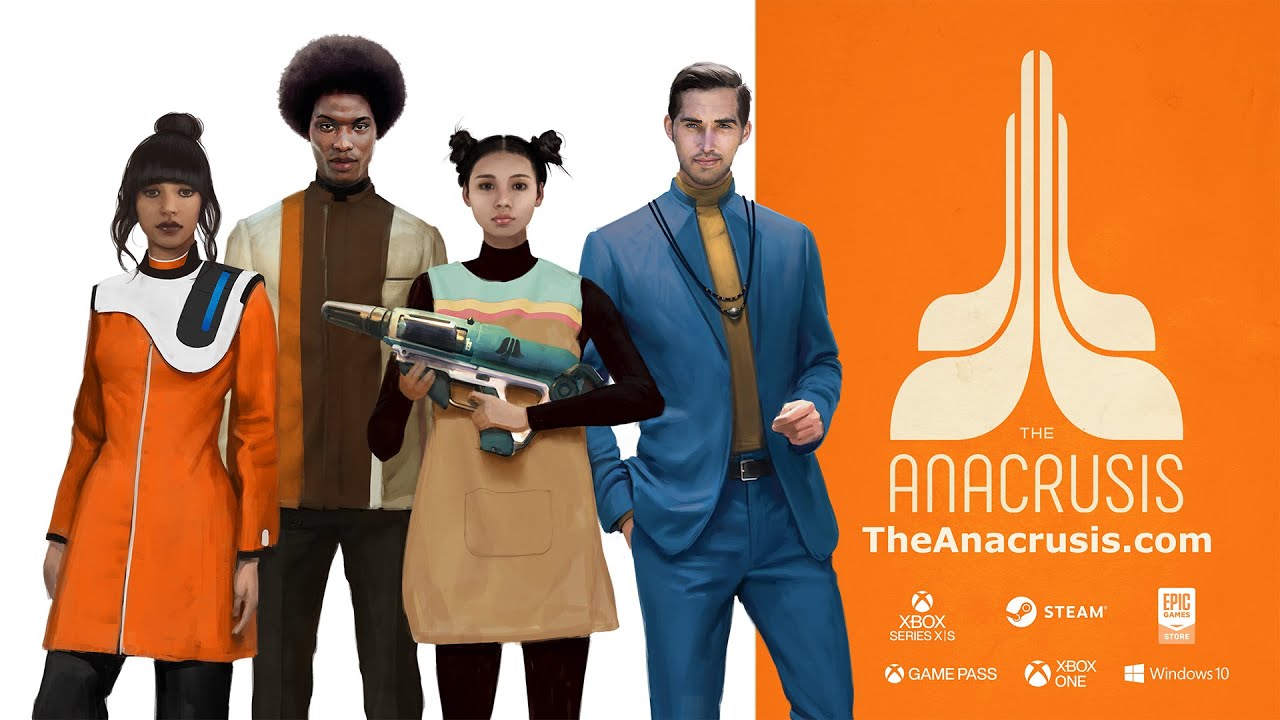 The Anacrusis has a claim for the players. They say you will “Never fight the same battle twice”. Let us explain. The Anacrusis has what they call a “AI Driver” which controls everything. It places each weapon, health kit, spawns every enemy, handles the bosses, places the gadgets. They claim that players of all skill levels will find the “perfect level of challenge”. So we will have to see how this works.

The Anacrusis has good character designs. Check this out. Dude with the afro looks cool. Not many artists know how to do good afro design brown characters. Japan with their anime are the worst at it. The dude in the suit looks real clean with it. Good design also. Already like the dudes here. The ladies have cute design. Good ones too. The details are there. The lipgloss is noticeable too. One’s rocking the teddy bear hair style. Just look at the characters for yourselves. There’s so much to say about these guys but that would be a long block of texts. We just really like what we see here. Hopefully they sound cool and appropriate. The character of the characters matter, especially in team work games. 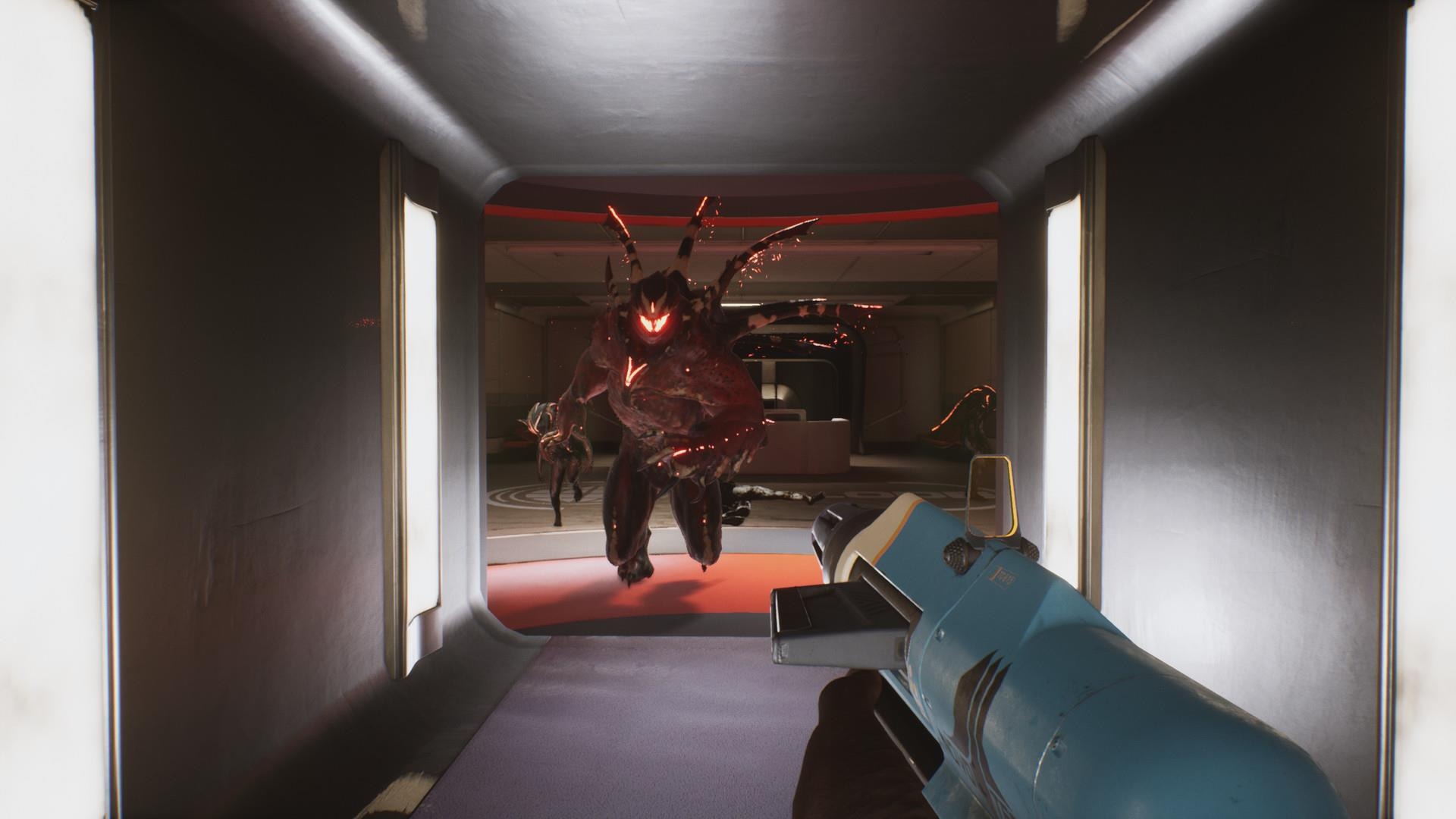 Let’s talk a bit about the aliens. They are the only real let down of The anacrusis so far. The aliens move more like dummies in a way. They look silly because of that. There seems to be no variety amongst the aliens. There’s the small floating spore looking ones. The generic humanoid alien head ones with glowy visors. Lastly there’s the big one which rushes and jumps at you. We need more variety than this. We like the gadgets and the weapons and stuff at work. It seems like the main aliens form of defeating you is by swarming you and trading you with their numbers. We hope they make big improvements concerning the aliens.

We checked out some The Anacrusis gameplay and it’s what we expected for a game of this type. One mechanic that we definitely like is that you can share the perks, weapons and other things with your team. So you don’t need to decide on the spot who gets the item. It can be given later. We like the design of the characters very much. We haven’t seen any team interactions. We want to know how they are with each other as character to character dialogue and banter makes a difference. We saw some of the gadgets in action and they do look useful. From get off me to a liar bait for the aliens. Making them ready for an explosive attack. We hope the plot goes deeper and that the difficulty is adjustable.

Overall. The Anacrusis looks like it would be fun. It’s a game you can’t take seriously. Just expect silly fun and that you can play with others. Hopefully it will have split screen. The developers welcome and want modders to do their thing concerning the game with creating mods for it. PC players will go crazy with that. Visually the game looks good and the colours stand out. The developers ‘Stray Bombay’ have a done a good job with this game. We at X35 Earthwalker will have to keep an eye open for The Anacrusis. Now The Anacrusis may have alien hordes but those aliens are a joke compared too… the ‘Earth Walk!’