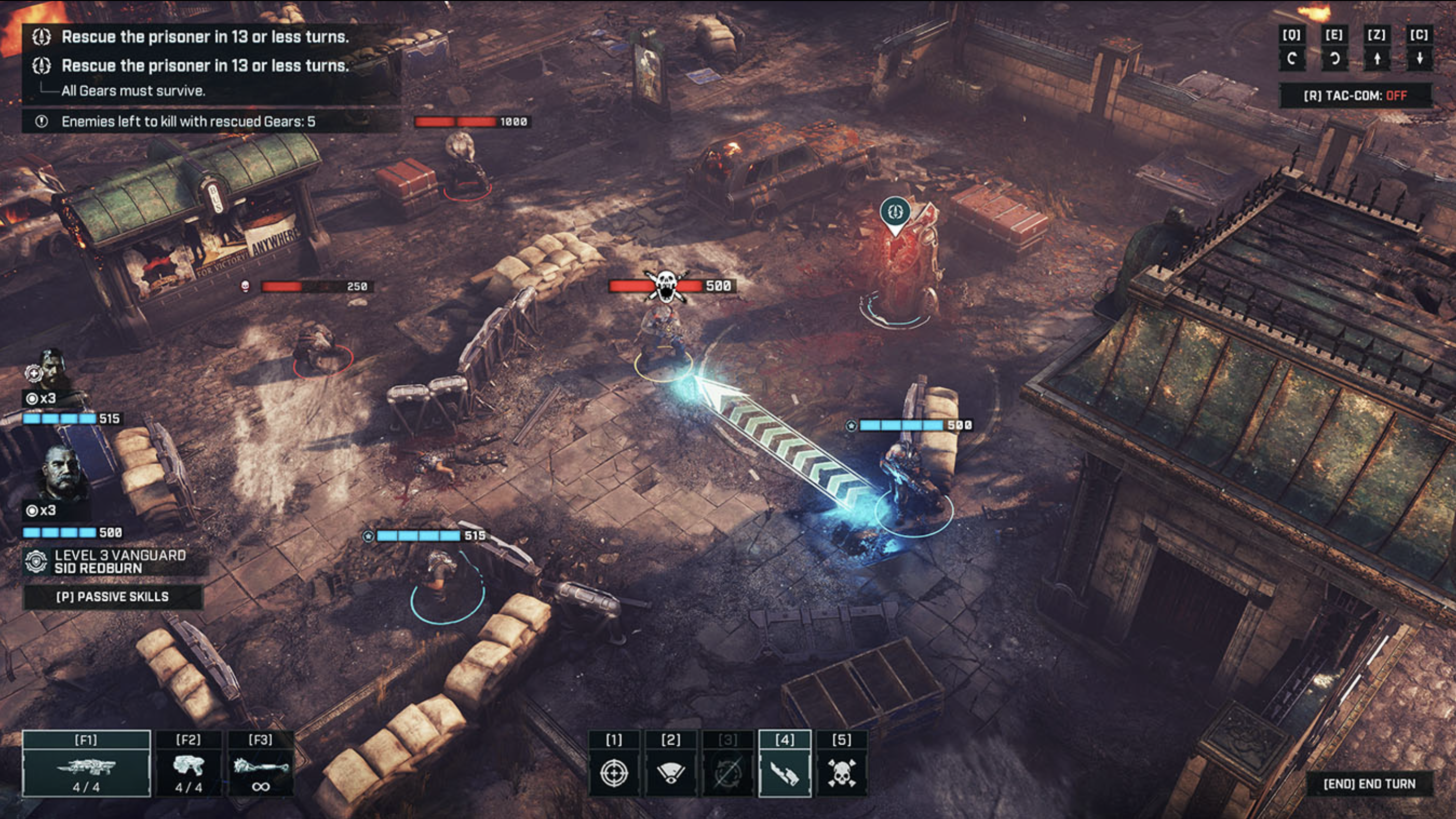 Gears Tactics is the new turn based strategy game developed by ‘The Coalition‘ and ‘Splash Damage‘ and published by ‘Xbox Game Studios‘. Gears Tactics is an Xbox exclusive said to be coming the 10th of November 2020 out on Xbox Series X and Xbox One. It’s already out on PC though. Gears Tactics is coming into a serious genre. Let’s take a look.

Gears Tactics is another big genre change for Gears of War. Gears pop has a big matchmaking and balancing problem. Gears Tactics though is going to be very different and we trust to be a very good game. The story in Gears Tactics is set 12 years before the first Gears of War game. Remember ‘E-day’? Yeah that basically. The focus is on Gabriel Diaz or Gabe for short who is the father of Kait Diaz. He was a lieutenant colonel in the pendulum wars but now a sergeant due to his own decisions and disagreement with the Cog. When things got real crazy the Bog call him back into the action. The problem is a locust monster called Ukkon. A ‘monster who creates monsters’. This locust, Ukkon, is the master mind who genetically engineered the Reaver, Corpser and Brumack. So this guy is the top priority target. So you must gather and recruit people as the Cog is basically in disarray. So it’s a squad of survivors. Get to it. 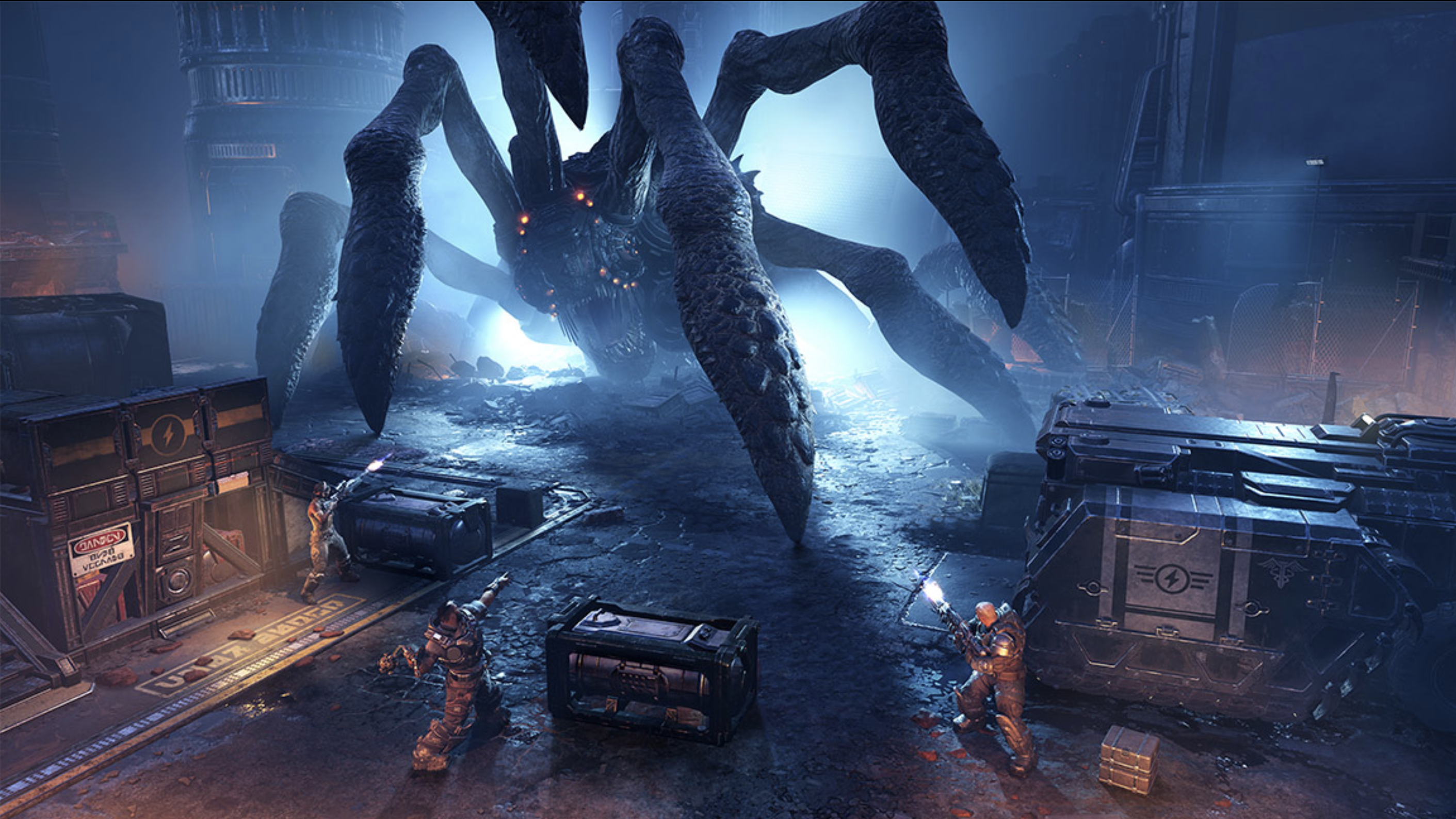 So straight of the truck we know this is a turn based strategy game. This means intelligence is needed. The golden rule of the Cog is take cover or die. Now it’s only natural to compare turn based strategy games to the best which XCOM 2 War of the Chosen. Now Gears Tactics no doubt will have the visuals and graphics advantage especially being on the Xbox Series X. We also trust Gears Tactics will have the advantage in terms of story. So what truly matters will be the gameplay and mechanics. Now Gears Tactics has been described as fast paced. It has to be. Especially when you have wretches around who like to rush you for melee damage while drones move around to flank. The action has to be strong in Gears Tactics. Plus it feels good to finally be able to face the locust again. We getting along with the swarm but they aren’t in the same league as the Locust.

Now off course there is character and equipment customisation. It’s a necessity at this point. So expect Lancers with extended drum magazines. Expect rifles with bayonets for close range action. There are five different classes for your characters: Vanguard, Support, Heavy, Sniper and Scout. Obviously each of these have their own roles and advantages but also get their own skill tree. The skills is where things get interesting. It’s too deep to get into real detail but let’s simplify. The Vanguard loves bayonet charting and gets bonuses like damage reduction for successful charges. They also heal by themselves every turn. The Sniper has a reduced accuracy penalty against targets far away. Killing targets can lead to damage bonuses or extra actions. The support literally focuses on buffing everyone from giving out extra reloads, extra actions, healings etc. The scout gets a cloak ability. It’s all about attacking from cloak and regaining your cloak. Mobility and deadly. The Heavy brings explosives, damage reduction and all about standing it’s ground and dishing out big damage (at times). 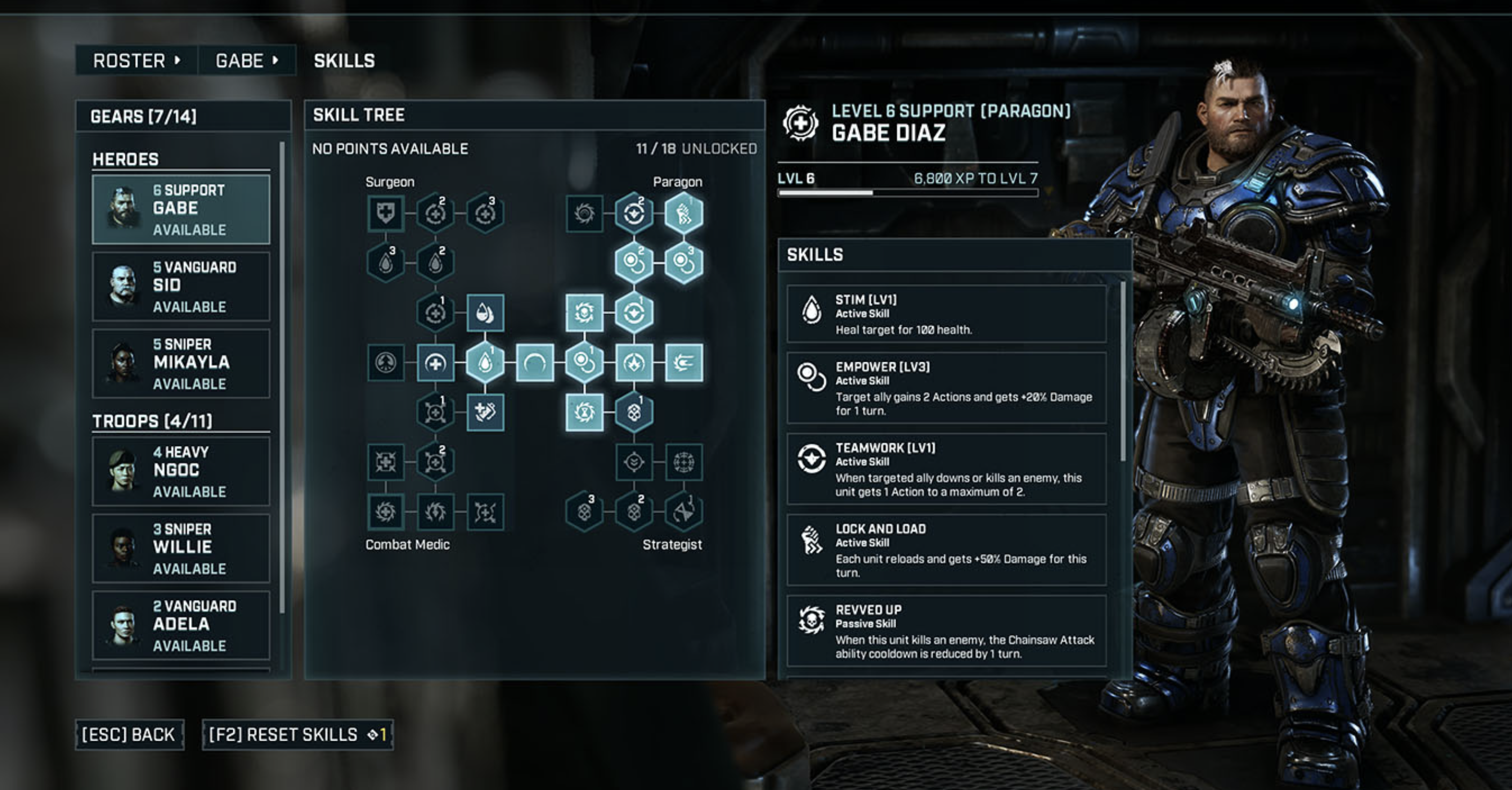 Now gamers who have played turn based strategy games should know what to expect at this point. Just apply the Gears of war formula. There will be missions of variety. Some off course will be more favourable for certain unit types. Some situations are better for the cloaking of the scout. There will most likely be a mission where you need to hold your ground for a time so the heavy is best. We hoped that each branching of skills are pretty much equal instead of one branch of skills clearly being better or more practical than the other. That’s a hard thing to do when you have so many. We were checking out the skills and for example concerning the Vanguard , the ‘Shock trooper’ branch is easily superior to the ‘Warden’ branch. Warden isn’t useless at all but doesn’t compare. As a Vanguard we would get shock trooper and Paladin. Easy. Hopefully they make a patch to improve the weaker paths.

You see the green badge? Off course you do. You know what that means. “Games built using the Xbox Series X development kit are designed to take advantage of the unique capabilities of the Xbox Series X. They will showcase unparalleled load-times, visuals, responsiveness, and framerates up to 120 FPS.” So you expect the best visuals, graphics and performances on Xbox Series X. Yes Gears Tactics has been confirmed 10th of November for Xbox Series X. We will leave a screen shot right below. 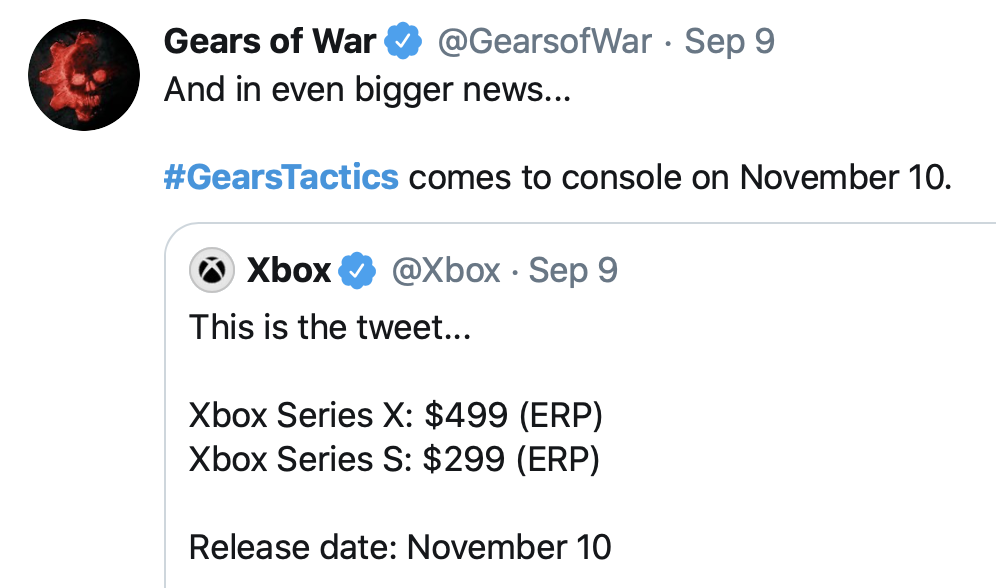 We checked out some Gears Tactics gameplay and it’s what we expected from this game. It looks good already and it’s going to get better. There’s a lot of detail on the screen. Overwatch is here to keep enemies in check, executions grant allies an extra action. Use disabling shot to ruin the enemies plans and shut down their overwatch. We hope the building up of your characters leads to you eventually become unstoppable for the most parts. Excellent turn based strategy games have loads of options and powerful combinations if the players know how to do it. Intelligence needs to be rewarded. The difficulty needs to be nice and high. Players need to find what works and what doesn’t. We like the details you get provided with while aiming at an enemy. From what we have seen we believe this is a good game.

Overall Gears Tactics is going to be a good game for sure. Whether it becomes the best turn based strategy game we will have to see for ourselves. It’s Gears of War, it’s turn based strategy and it looks good. There are boss battles and obviously it would be against the brumack, corpser, reavers and Uddok himself. The boss better not be a complete joke but can’t be tedious and annoying either. The developers  ‘The coalition’ and ‘splash damage’ have done a very good job. We at X35 Earthwalker will have to see what else Gears Tactics has to offer. Now Gears Tactics might be getting tactical but none of their tactics will work against… the ‘Earth Walk!’