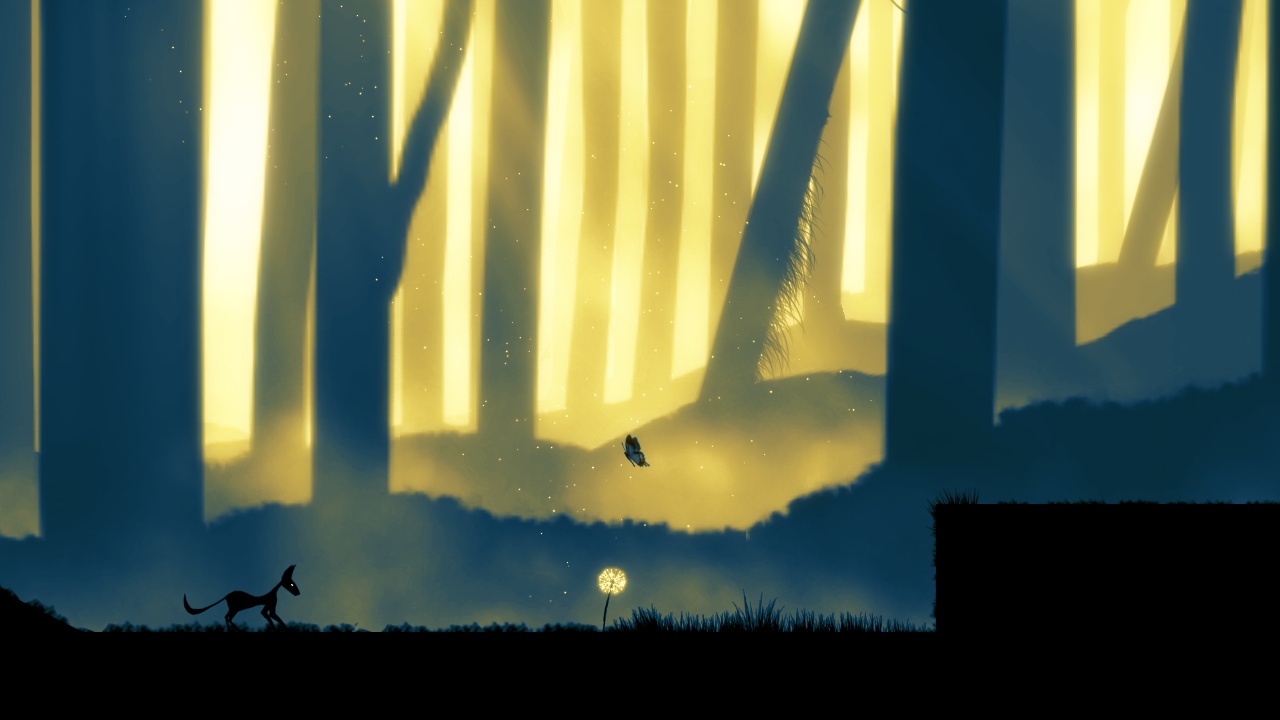 A Walk in the Dark is a new action platformer developed by ‘Flying turtle software’ coming out May 19th for the Xbox One and Windows 10. A Walk in the Dark might remind some gamers of games like Limbo and even Outland, which was an awesome game by the way. So the style of the game has worked for others so there’s a good chance it will work for this game too.

A Walk in the Dark has a nice traditional rescue story. Basically Arielle and her cat, Bast, go for a walk through the forest. Apparently they have done this many times before but this time they encounter an ancient, evil creature that has awakened somehow it’s target is Arielle. The player takes control of Bast and you must venture out into the forest to rescue Arielle. Now like with any other journey or rescue or game for that matter, the journey will be hard. This ain’t no regular forest. This forest is dark. It’s also filled with dangerous traps and strange creatures. You will need to slide, jump and run your way through many levels in order to rescue their Arielle from that ancient, evil creature. 100 levels to be precise. So get to it.

We have checked out some gameplay of A Walk in the Dark and we are happy with it. It all looks very good. Seriously. The levels are designed very well from what we have seen. We think there may be a slight problem with the controls of the cat in terms of jumping and bouncing of the walls. Now when it comes to these types of game the only game that nails it perfectly is Outland. We aren’t over rating that game but it’s that good and the controls seem less perfected but more will be revealed over time. The enemies range from basic as in move left and right or up and down to ones that aren’t so simple. Each level also has dandelions to find and a par time to beat. So you can beat the level at your own pace or aim for perfection by getting all the dandelions and the par time in the same run. It’s worth a try.

Overall A Walk in the Dark looks real good. The graphics are very nice and the sounds are very good as well. We think the music is better though so make sure to listen. The developers ‘Flying turtle software’ did a great job. This game might be worth checking out. Whether walks in the dark is your thing or not, we know that your thing… is the ‘Earth Walk!’