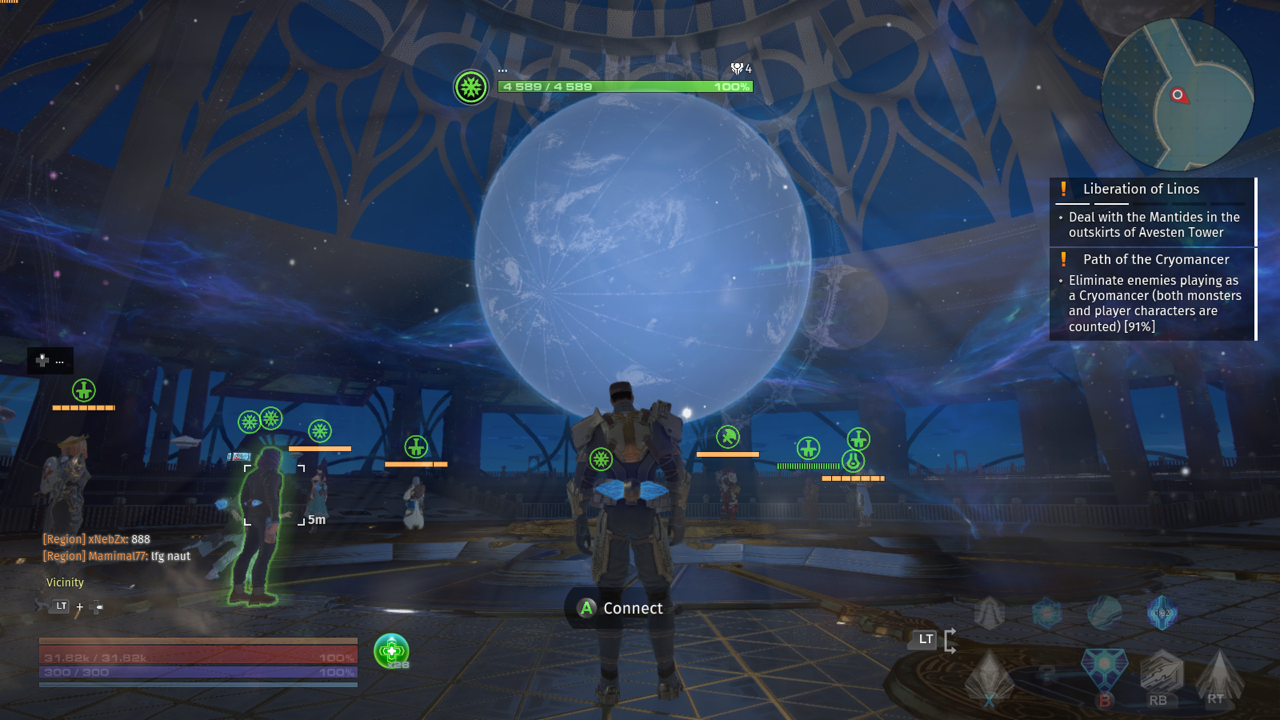 Skyforge is a huge MMORPG game. We at X35 Earthwalker have been playing Skyforge for a while now and have a number of different thoughts about the game. Skyforge is all about the immortals and gods. In Skyforge players start of as an immortal. Well not really a true immortal because you can still die but you come back. That sounds more like regeneration and resurrecting but whatever… you are an immortal. You must begin your journey from immortal to a full fledge god. To do this, players must gain followers. The more followers you have, the more powerful you become because of them believing in you. An interesting concept.

Off course there is way more to the game that just that. The planet is in danger and the lives of mortals are on the line. Invasions are happening and evil or dangerous creatures and forces are at work and behind it. Most of the events and situations taking place are simply to big and powerful for mere mortals (useless beings) to handle. So it’s left for the gods and immortals to handle. You can gain followers by finding and rescuing people during missions. You could gain them through having big rituals being performed at your temple to attract more people. Also gain more followers as rewards for other stuff that you do. 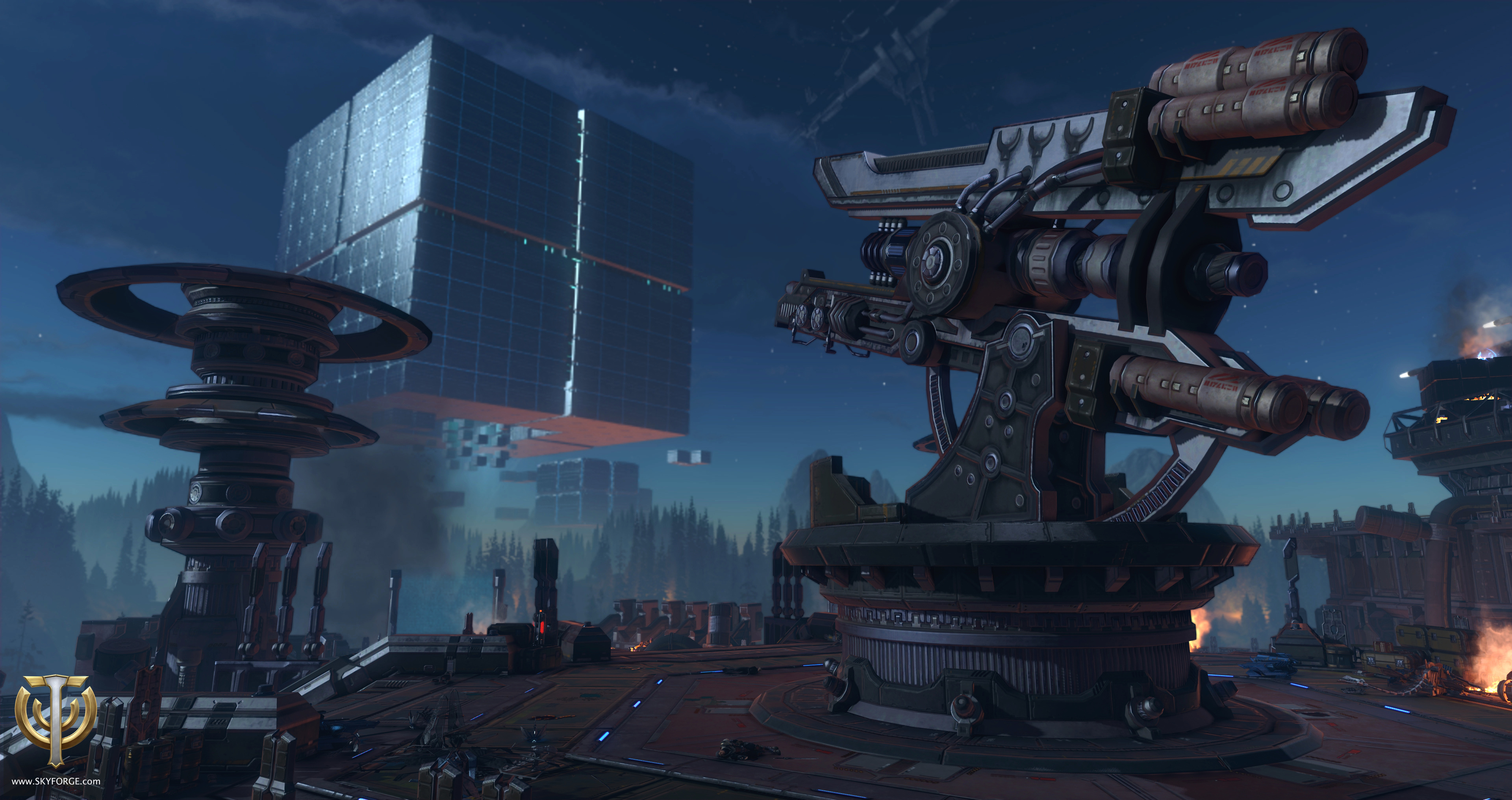 Now you start as what appears to be a ordinary human working with his military team to protect innocent people from a vicious attack and crush the danger. the battle was worse than you thought. You and the team put up a great fight but ultimately was defeated and battered to death. No really, it was quite brutal.You wake up again on a pile of bodies and soon learn that you are an immortal. The same can’t be said about your comrades. Too soon? You are taken to the divine observatory where you meet and will be guided by a true god. Then introduced to another god for training and lessons and then you are let loose in the world. The gods in Skyforge are very different from each other and quite cool. Off course they are nothing compared to the one true God, Jesus Christ but in a video game these gods will have to do.

It’s then you get to select your class. Now don’t worry. you don’t have to have just one and stick with it (you would know this if you read my previous blog on this game). You can right from the start actually have three classes to use and master. Paladin, Cryomancer and Lightbinder. These three are the perfect starting classes for any player to begin with. The Paladin is the sword and shield wielding tanker who attracts all the attention from enemies, takes all the damage but give out quite a lot as well. The Cryomancer is the hit hard but bruise like a peach attacker who destroys enemies with dangerous ice abilities from a distance. The Lightbinder is the light flashing support who always buffs up their team mates by enhances their power, shielding them from harm and looking good in the process. This means new players can fulfil any needed role. Off course there are many more classes out there. Much more… 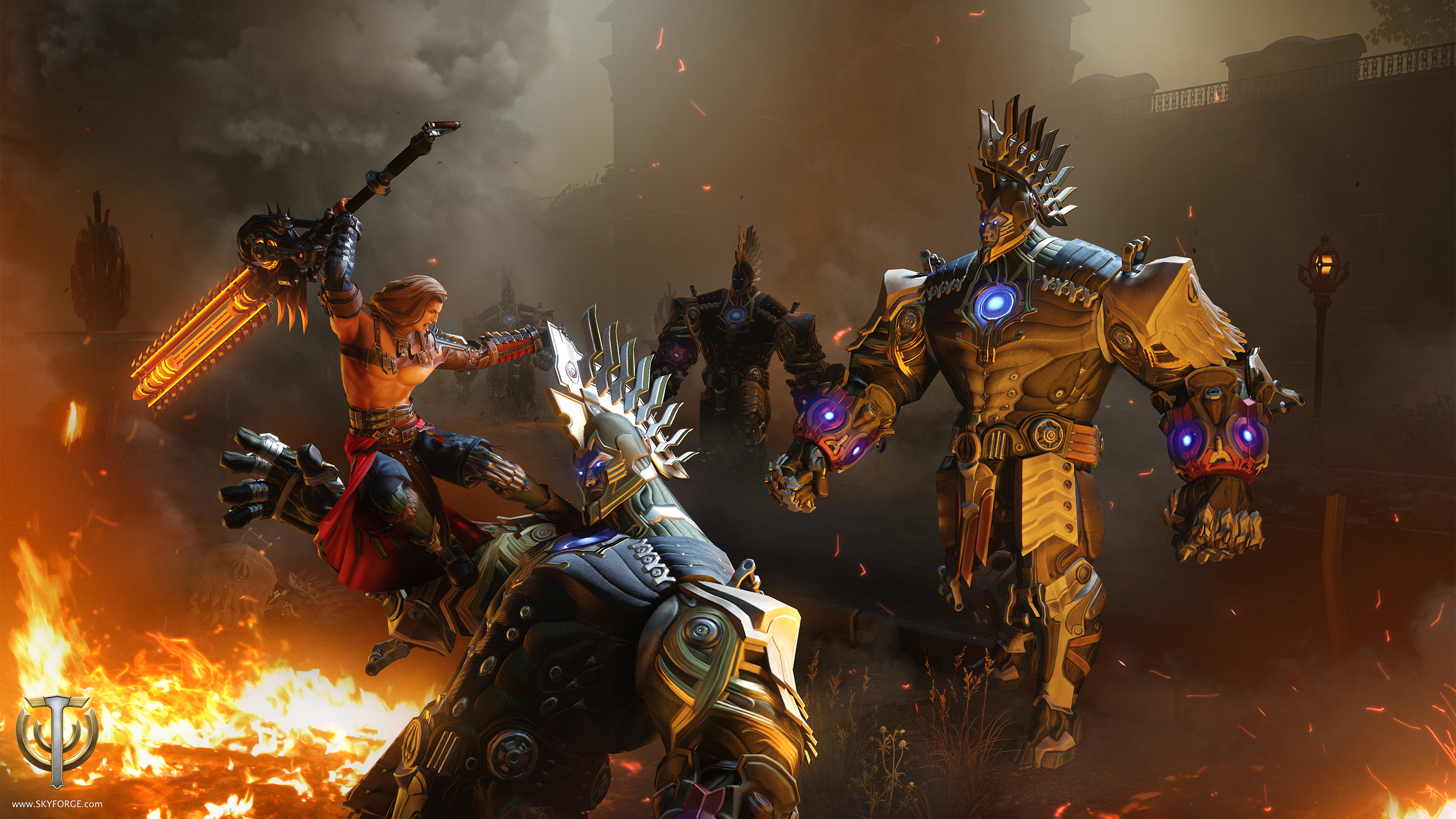 The full list so far is: Cryomancer, Beserker, Lightbinder, Monk, Slayer, Archer, Kinetic, Gunner, Alchemist, Knight, Warlock/Witch, Paladin and Necromancer. These classes are mostly very different to each other. Each class as their own leader god, abilities, play style and style as in looks. Now the classes can be purchased through in game currency or you can just dip into your real life wallet and get them straight away. Same goes for cosmetic stuff as well. So it’s really up to you. The option is there so don’t get mad.We love how unique the Necromancer and Gunner are. Others like Monks and Archers don’t seem as interesting but that’s for the gamers to decide.

There is literally a ton of things to do. There are invasions to counter and defend against, the campaign which takes you through the many provinces of Aelion and each area has their own challenges and objectives. Stories to discover and explore. Events to take part in and get a prize for progress, anomalies to set straight, guilds to join or form and off course climb the ladder to becoming a full super powered god and rule the battle field and maybe the world too. So like any MMORPG there is a lot of stuff to do and get started on. Leveling up each of your classes can be long that’s why players need to decide which classes they want as one of their mains for the many things ahead. 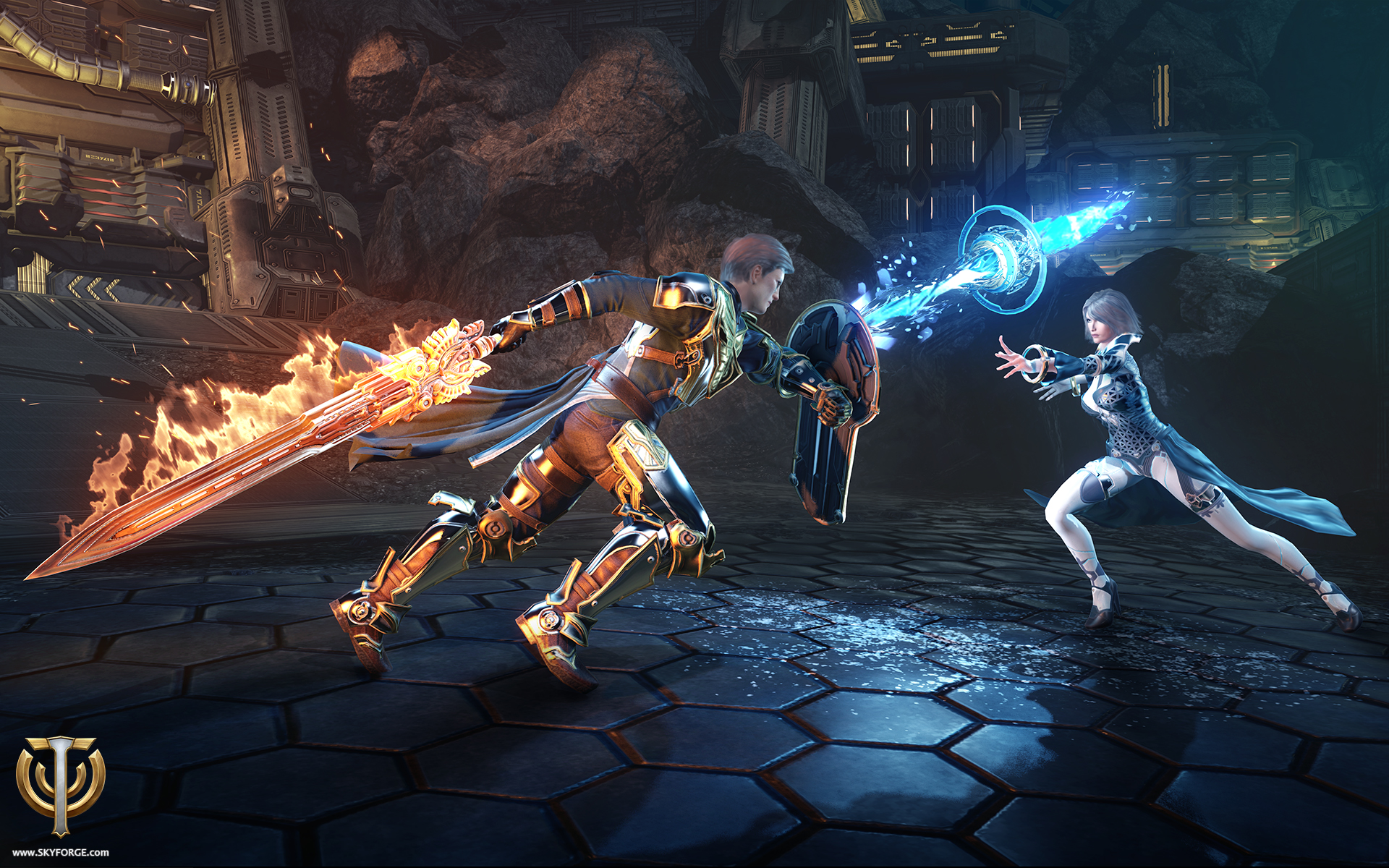 Lastly there is the PvP battles. That;’s right. You are certainly not a god if you haven’t proven your might and power against gods how immortal are you really if you haven’t go the guts to clash with other immortals? Exactly! There are straight up team battles, you can challenge someone to a 1v1 duel  and even have battles that include golems who fight alongside you. Now in these matches there may be one or two moves you have for that class that cannot be used in PvP. Skyforge warns you of this in the description and hints concerning your moves and abilities so you will know which ones aren’t available. Some moves are only for PvE and some for PvP. You must use your skills and timing effectively to win as it can get heavily strategic in a second. That annoying Cryomancer hiding in the back with long range attacks and that sneaky Paladin who suddenly drops in next to you carving their name in your back as you try to run away. Beware the battles are tough.

Now Skyforge is definitely not perfect. For starters the levels and strength of players in battle aren’t equal. Meaning you can have a player who has been playing the game non stop go up against you in a battle making things much harder and in some cases unfair. Also Skyforge can be very confusing for first timers. Seriously when X35 Earthwalker himself first played the game, there was so much things to do and could try from the start that it got a bit confusing. Like what does this mean, what are those, why is this not available, what’s the difference between ‘Story’ and ‘Campaign’? Etc. Some classes actually don’t seem that useful or as epic as the others. Everyone thinks the Gunner class is awesome and who doesn’t love a good necromancer… but who chose the Archer? We haven’t seen a single Monk. Obviously they serve their own purpose and we do like that they are there but it’s clear some sound more awesome than others. Some players due to connection are just sliding around, teleporting and it does make battles annoying at some times. The mouth syncing bad in this game… Just saying. Some dialogue you ere isn’t in the text box or at times different words. Minor stuff but still stuff. Skyforge tells us to select our first mount but yet nothing is unlocked and available. It’s frustrating. It also takes a long time to unlock your first class outside of the starting three, unless you use your real money. We just think it shouldn’t take that long to get your first actual choice of a class.

Overall Skyforge is a great game. It does what a game should do which is provide entertainment for a long time. Off course this isn’t a real proper in depth review but it’s just our views and some  opinions on different things. The graphics in Skyforge are great. The music is very good, no doubt. Some of the music is just feels perfect for the large environment. World of warcraft and some others did not make X35 Earthwalker want to play them but Skyforge is the only MMORPG which we actually want to play. Skyforge is worth giving a try. It’s easy for new players to get into the MMORPG. Skyforge just might be worth checking out.