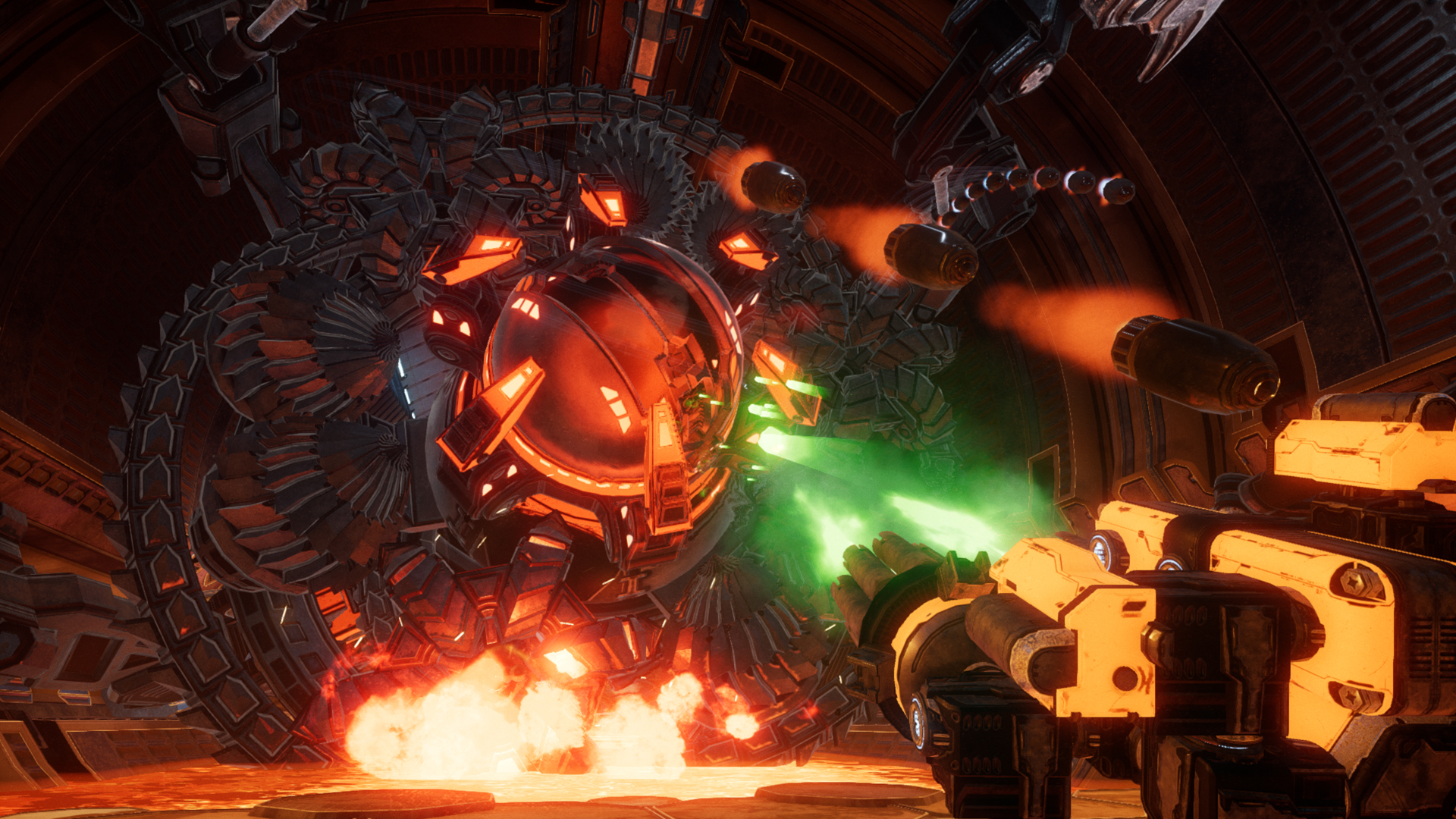 Mothergunship is a new first person shooter bullet-hell developed by ‘Grip Digital‘. It will be coming out the 17th of July on the Xbox One, PS4 and PC. Mothergunship is serious about making a big mark in the gaming world. Lots of bullets and big problems. Let’s take a look.

Mothergunship has been described as a bullet hell so you know it’s going to be intense and something serious. Not only that it’s a bullet hell first person shooter which is crazy in itself. Players must face off against and defeat an robotic alien armada that has already conquered earth. To do this players must craft their own weapons, which have been described as over the top. 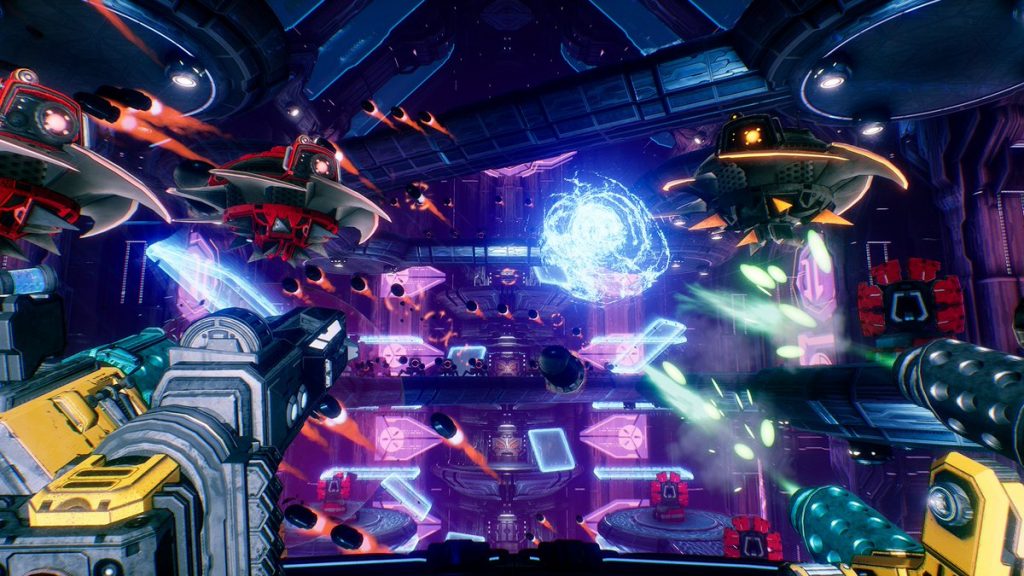 The developers description says it has “one of the largest gun customisation options seen in video games”. This is a big claim indeed. The guns that gamers could craft have been described as monstrosities that no reasonable person could ever lift. So expect big weapons. Crafting in Mothergunship is actually very deep. You can make a bunch of things happen. Like even plasma, lasers, cannons, rockets, shotguns, machine guns and much more. We have even seen a multi barrel rocket launcher. It gets crazier than that.

Now Mothergunship should make some gamers get a Ultimate Doom feeling or even the latest DOOM. This is because it’s all about mobility, It’s all about movement. If a players stays still they will be dead guaranteed. With so many enemies, attacks and off course projectiles coming your way, you’ll have to keep track of the big enemies and loads of projectiles all at the same time. So keep moving, look for weak spots, dodge enemies, don’t get cornered, and slip through all bullets. Sounds simple right?

We believe that players will have a great time in building their weapons. The ideas are pretty much endless. Use connectors, barrels and caps to make any combination really. There are even these attachments by the look of it to add effects like increasing criticl chance. The ultimate goal is off course to fight your way towards the Mothergunship which is where things get real crazy.It’s all random generated levels too so don’t think you can plan for the next area. Just be ready for anything.

We checked out some Mothergunship gameplay and it’s what we thought it would be mostly. There are many enemies with some variety, many threats, lots of bullets etc. we honestly though it would be more chaotic but maybe that’s the case further in the game to the point where it could be described as unfair. We hope so.  The different weapons are very cool indeed. The bosses so far haven’t impressed us yet. We hope to see more of them to get a better understanding of them.

Overall Mothergunship is a very cool game indeed. The graphics look excellent and the sounds are very good. The bosses are definitely large and powerful but don’t seem as that much of a threat as of now. The variety in weapons is excellent. The developers ‘Grip Digital’ did a fantastic job with this game. We at X35 Earthwalker are looking forward to Mothergunship. Now Mothergunship may have loads of different weapons to craft but no where near as much options in… the ‘Earth Walk!’