Strange Brigade is a new cooperative third person shooter developed by ‘Rebellion‘. It is coming out the 28th of August on the Xbox One, PS4 and PC. There is quite a historical adventure going on here. Ruins, puzzles and treasure? Sounds familiar. Let’s take a look.

Strange Brigade, is set in Egypt 1930. Seteki was a major problem, and like the mummy that Brendan Fraser faced off against, it’s real bad if they come back from the dead. Well Seteki the witch queen is back. She was erased from ancient history and buried in a nameless tomb for 4,000 years. She has dangerous powers and a army of dangerous mummy monsters.

Strange Brigade is the name of the team that are going to face Seteki and want to stop her. Each of the four members of Strange Brigade are have been trained to face supernatural threats. Players take control of the Strange brigade who can use magical powers and have access to powerful prototype weapons. The official website describes these weapons like “brain-busting Blunderbuss”, “fire-spitting Krakatoa” and “ice cold Chill Burster”. Sounds strange but to deal with mummies it has to be something special. 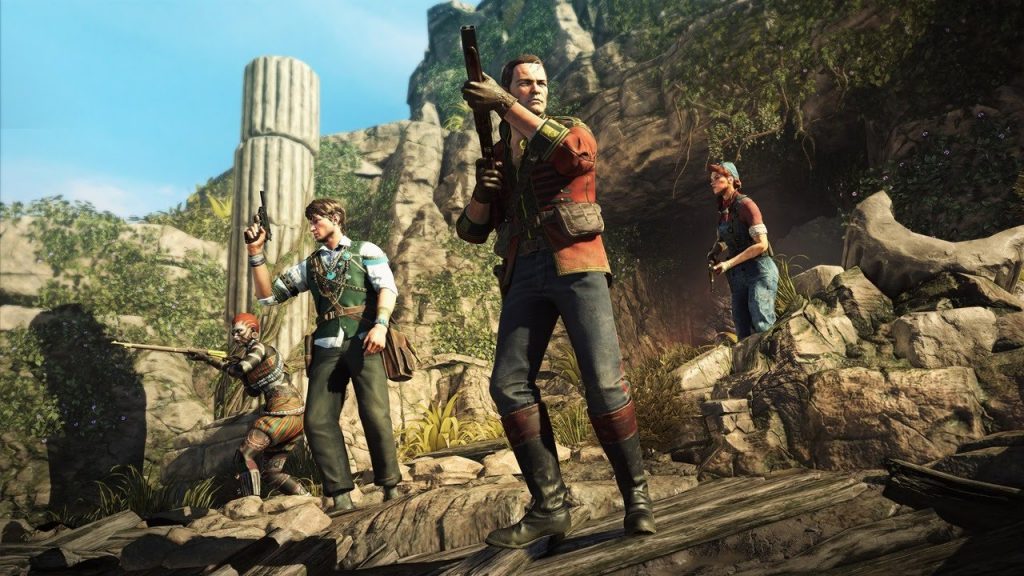 So players should expect ruins, off course treasure and puzzles in Strange Brigade. Players must be on the look out for clues and objects that will help on your adventure. You don’t want to have to travel back to get something you missed. There are even secret entrances for you to find which will save you the trouble of running from rolling boulders and swinging across gaps with your whip.

There are many locations for the Strange brigade to hunt the witch queen through, such as unstable caves, dig sites, and even exotic places like some cool pyramids. It’s clear this game is going for a very archeological feel and look. Like you are searching these ancient places for exciting discoveries and facts.

Seteki like any supernatural mummy didn’t come back alone. She brought an army with her. This army consists of dangerous monsters like: assassins that can breathe fire, giant scorpions, mummies who won’t shut up and even minotaurs who wear armour. There is definitely much more threats out here in Strange Brigade. oh and yes, those monsters are loyal. 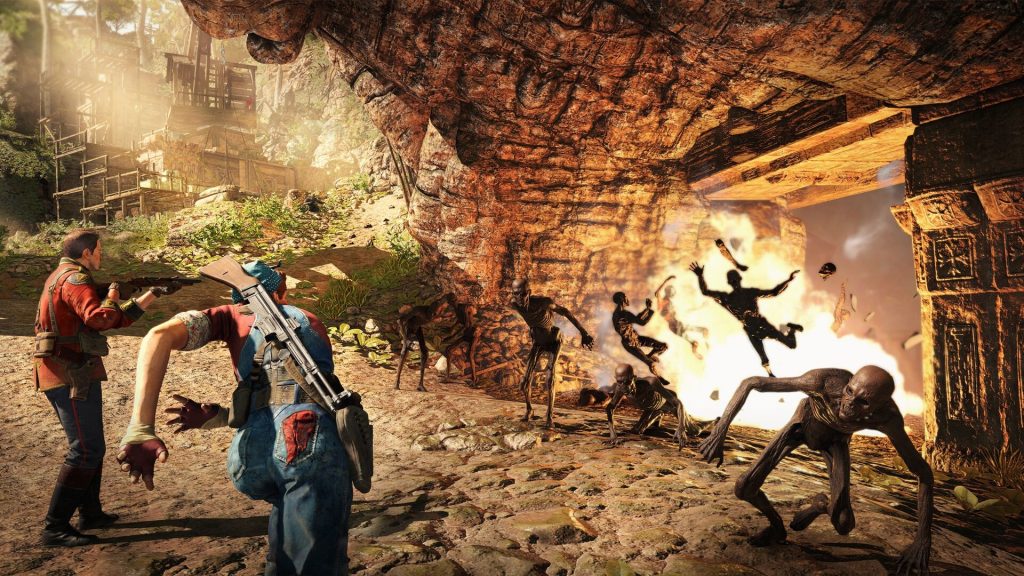 What archeological, ancient rune, temple, mummies, super natural threat world would be complete without a bunch of deadly traps everywhere. You know, the good ol fashion crushing ceiling trap, or poison dart traps or delay pits in the ground. So players of Strange Brigade should expect boulders, spinning blades and even fire traps.

We checked out some gameplay and it’s not exactly what we thought it would be. The movements are good. Things seem to work very well. The combat like the enemies attacks are fluent. There are relics to unlock to get more amulet powers. Look out for secret doors that we recommend you solve as there are some worth while stuff through there. Like with Tera, use power stones to upgrade and improve your weapons. The more powerful the weapon you get the more sots available. The fact that it’s four player co-op is the best. So grab your family or friends and face mummies together.

Overall Strange Brigade is a very cool looking game. Even excellent so far. The graphics are very good and colourful in many places. The sounds are great too. The level designs is actually deeper than most think and there are multiple paths and ways to handle stuff giving players the option. The developers ‘Rebellion’ did an excellent job with this game. We just hope that the main villain in Strange Brigade is actually a threat, puts up a fight and interesting. Now Strange Brigade may have armies of monstrosities but even they are nothing compared to… the ‘Earth Walk!’