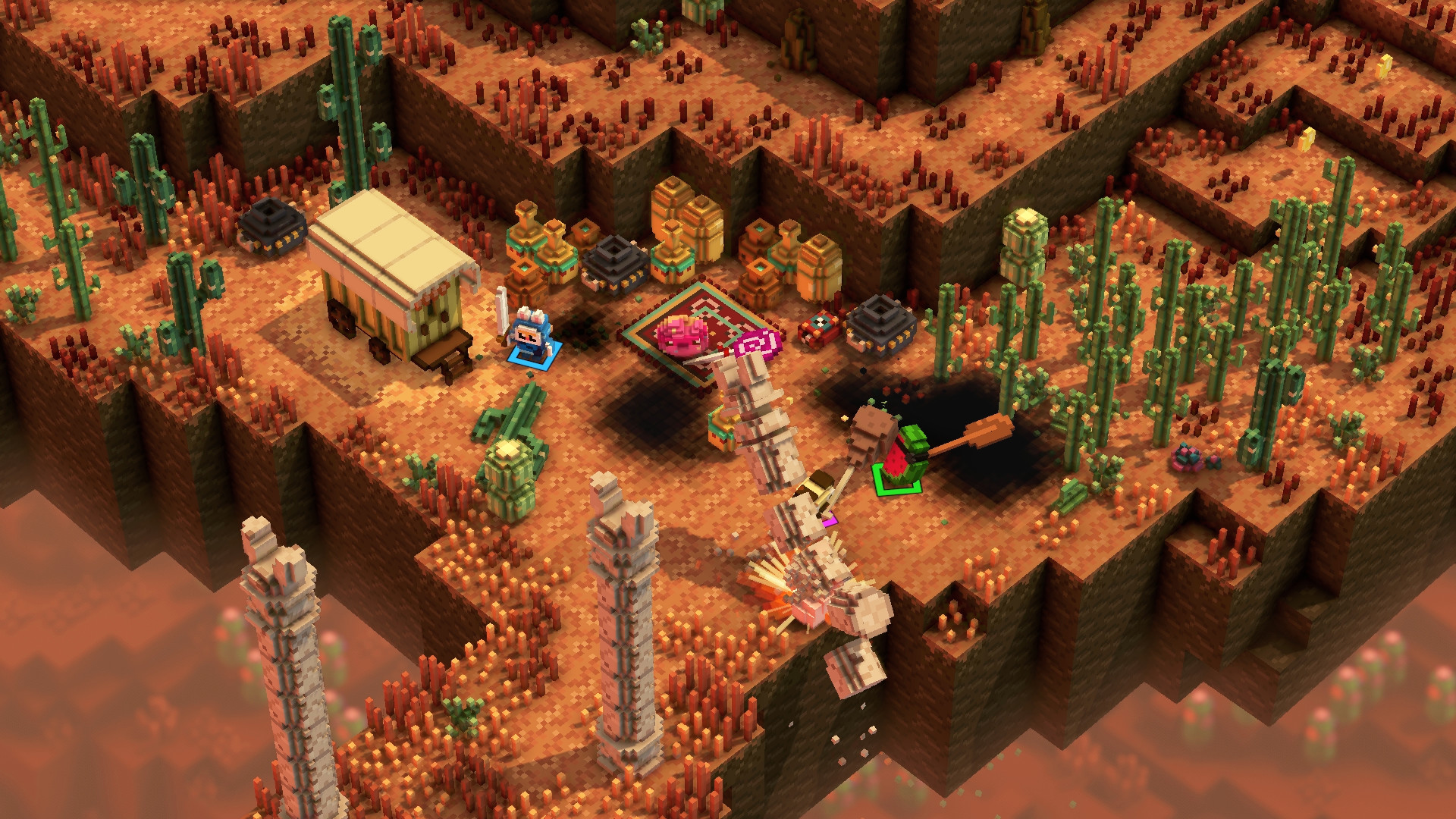 Riverbond is a new hack and slash dungeon crawler game developed and published by ‘Cococucumber’. Riverbond is said to be coming out in the third quarter of 2019 on the Xbox One, PS4 and PC. A game like this looks very welcoming but we all know it can’t be that innocent and safe. Let’s take a look.

The story in Riverbond is quite interesting. Players head out on a journey, which takes place down a river. Get it? This isn’t an ordinary trip. It’s an enchanted river and the lands are continually shifting and moving. The world is collapsing and so there isn’t much time. Player must also rebuild the passage that goes to the great beyond. Whatever that is. So players have to save the world by the looks of it by figuring out what’s happening and the solution has to do with the great beyond. Interesting but still simple.

Now Riverbond takes place in a voxel world. What’s a voxel world?… well… A voxel represents a value on a a grid. It’s all 3D though. Think of it as cubes placed together. So if Riverbond has a voxel world, basically the style of the game is all cubes. The lands are made from cubes, the characters, and the water is designed in a cube style. It’s easier to understand when you see the game yourself. When you do however; the first things or should we say game that comes to mind is… Minecraft. The world world and characters and stuff is basically cubes. Blocky.

This style obviously gets attention and when done right and with the right colours, can look really good. Even better is the fact that the voxel world in Riverbond is destructible. So be careful of what you destroy. There is real time physics s don’t think for one moment that the block will just stay in the air. Gravity is at work. There are 8 worlds and each off course is different and have their own threats and obstacles. Speaking of threats, since it’s a hack and slash, expect lots of combat, many enemies and lots to slow you down. There are even bosses as well. The developers have described them as deadly but cute. 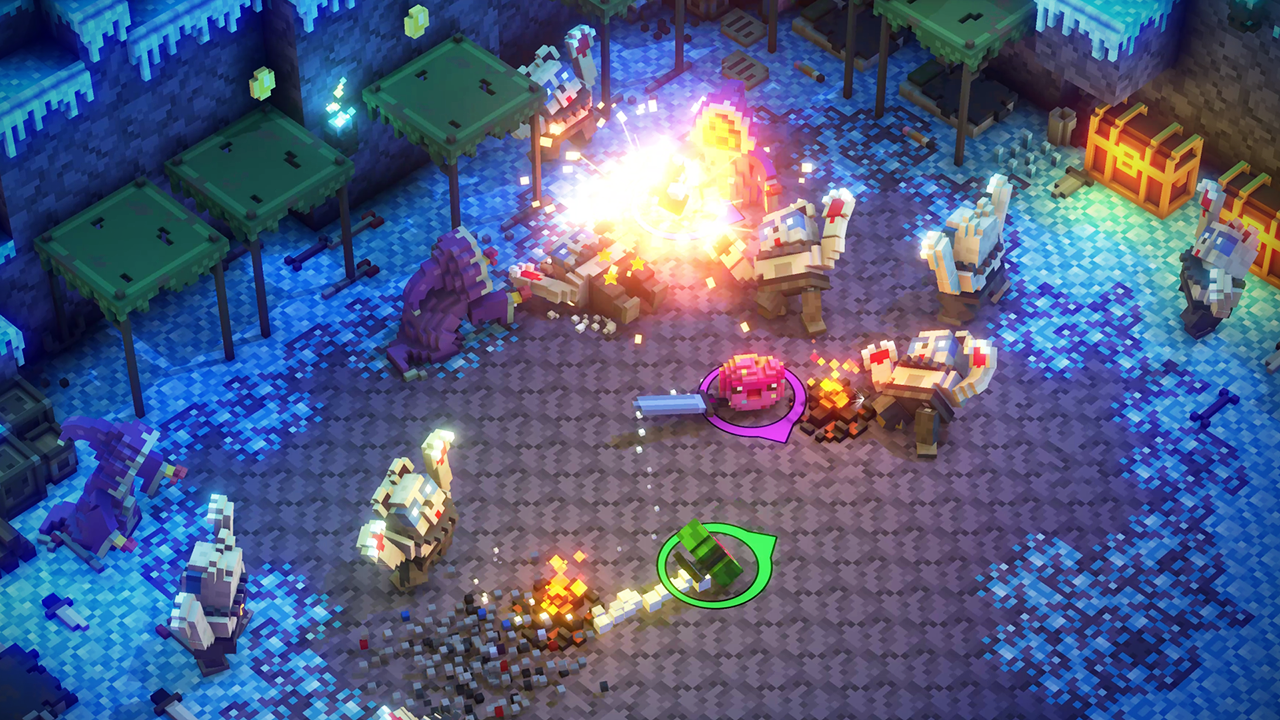 There is said to her over 50 different weapons and guns. Good to see that there is some variety to the combat. Long ranged combat and off course close range slashing. Best of all though is that Riverbond is multiplayer. That’s right, 1-4 local. So not only can you invite friends and family over to play, you don’t have to save the game and go to the menu to bring them in. It’s drop in, drop out style meaning they just have to hit start and they jump in where you are. That’s an excellent option. Great job developers. That’s what we like to see. Riverbond about to get some action from gamers.

We checked out some Riverbond gameplay and it’s what we expected based on the games description. You run around as a small character wielding large weapons and fighting through the many enemies. There are different skins for players to unlock like the shovel knight skin. Big enemies that have dangerous attacks, you can destroy structures and pillars, knock down bridges, smash through trees and much more. The co-op multiplayer looks fun as you can all team up against enemies and turn the tables thanks to the extra back up. We hope Riverbond has a means to make the game difficult even when there’s four players attacking enemies. We wonder if the game is difficult at all.

Overall Riverbond does so far look like another little fun game. Nothing huge and complicated at all. It seems like another game that we can get friends to quickly play and have a laugh and fight together. The graphics are very good for it’s style. The level design is good too and shows good creativity. We like the variety of enemies from pigs and crocodiles to golems (we think it’s golems). We like what we see. The developers ‘Cococucumber’ have done a very good job so far. We at X35 Earthwalker look forward to seeing what Riverbond has to offer gamers. Now Riverbond may have a collapsing world but even that isn’t as serious as… the ‘Earth Walk!’