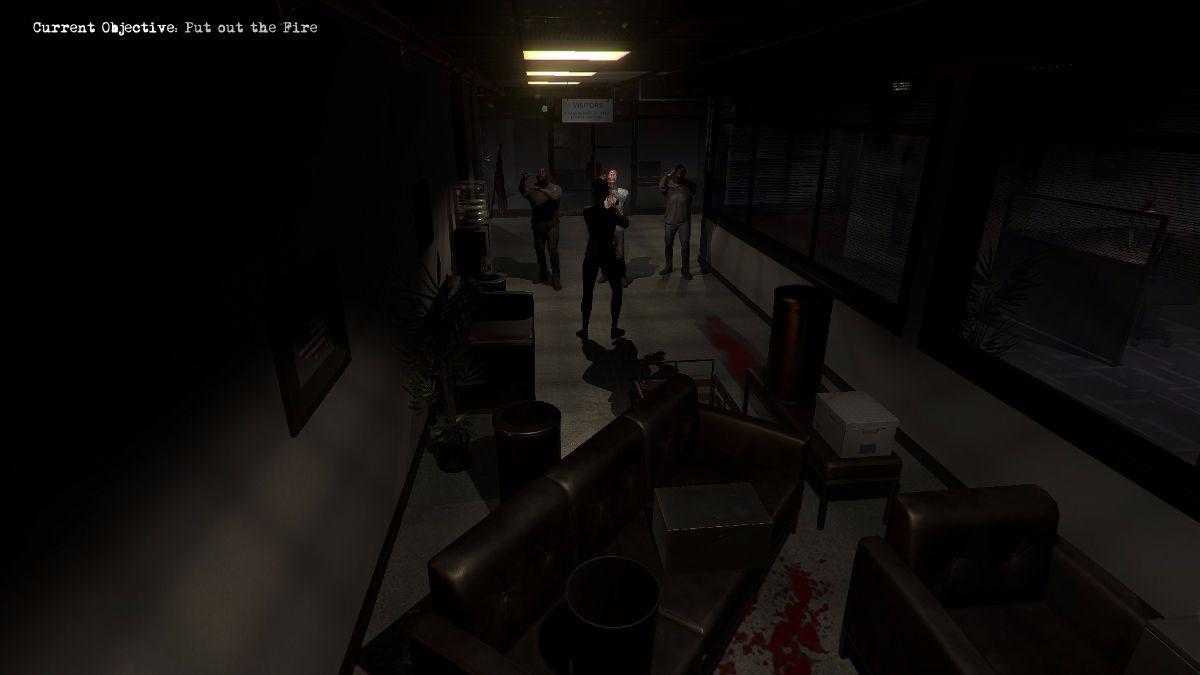 Outbreak: The new Nightmare is all about survival. Harsh survival. You are a survivor and your aim is to keep on surviving. There is a zombie horde after you and we all have watched some zombie movies to know how that normally ends. Now you have to think carefully about what to do and how you do it. Do you explore this place, do you go this way, you do engage the enemy here, or do you run away, do you use a gun or do you take them down melee style? It’s all up to the player. There will be many moments where players will have to decide whether to choose certain tools, new weapons or items for healing. So “choose wisely”.

Outbreak: The new nightmare will punish players who make mistakes. The difficulty is said to be very high. You have to be on-point with your inventory management. Basically strict management of your stuff is crucial. So don’t go firing of all your rounds on every zombie you see. The camera angles and style of Outbreak: The new nightmare should instantly remind certain gamers of a certain game. Resident Evil. Well the early ones. It’s clear that’s what the developers were aiming for when they made this game. Have that style but make it a full fledge zombie survival that makes players want to keep playing and trying different strategies.

Outbreak: The new nightmare has a lot of content and stuff going on. There is a campaign and Nightmare mode which is a very hard narrative story mode. Campaign can be played as 4 player co-op or solo. Onslaught mode, it’s in the name, where you face endless enemies alone or with friends. By the way, all the modes can be played off-line as well. There are even playable characters and off course each one has their own starting equipment and attributes. There are some puzzles in this game meaning as you go around exploring and enter certain places expect a puzzle or two in order to make progress. Lots of weapons to choose from and use, including both firearm and melee weapons.

We checked out some gameplay and after a few seconds we could easily see why this reminds everyone of the early Resident Evil games, which is a good thing by the way. The camera angles, the movement. The graphic style. The zombies and just even the combat. This is why some gamers are already happy about it as it’s like Resident Evil but more survival horror and about being smart. Plus the best thing about Outbreak: The new Nightmare is that it’s a co-op survival meaning you can scavenge around, run away and fight with friends. Co-op makes all the difference in many games.

Overall Outbreak: The new Nightmare is what we would call a specific game as in only certain kinds of gamers would like this. Mainly resident evil fans and off course survival horror fans. Otherwise it’s hard to sell. It’s graphics are not great at all but that’s what the developers were aiming for. They wanted that old resident evil look and feel, with the camera angles and the zombies etc. It’s something that you gamers will have to decide for yourself. The developers, ‘Dead Drop Studios LLC’ did a good job. We at X35 Earthwalker are not interested in this but some gamers will be interested. Outbreak: The new nightmare may be a nightmare for some but not even this can scare away… the ‘Earth Walk!’