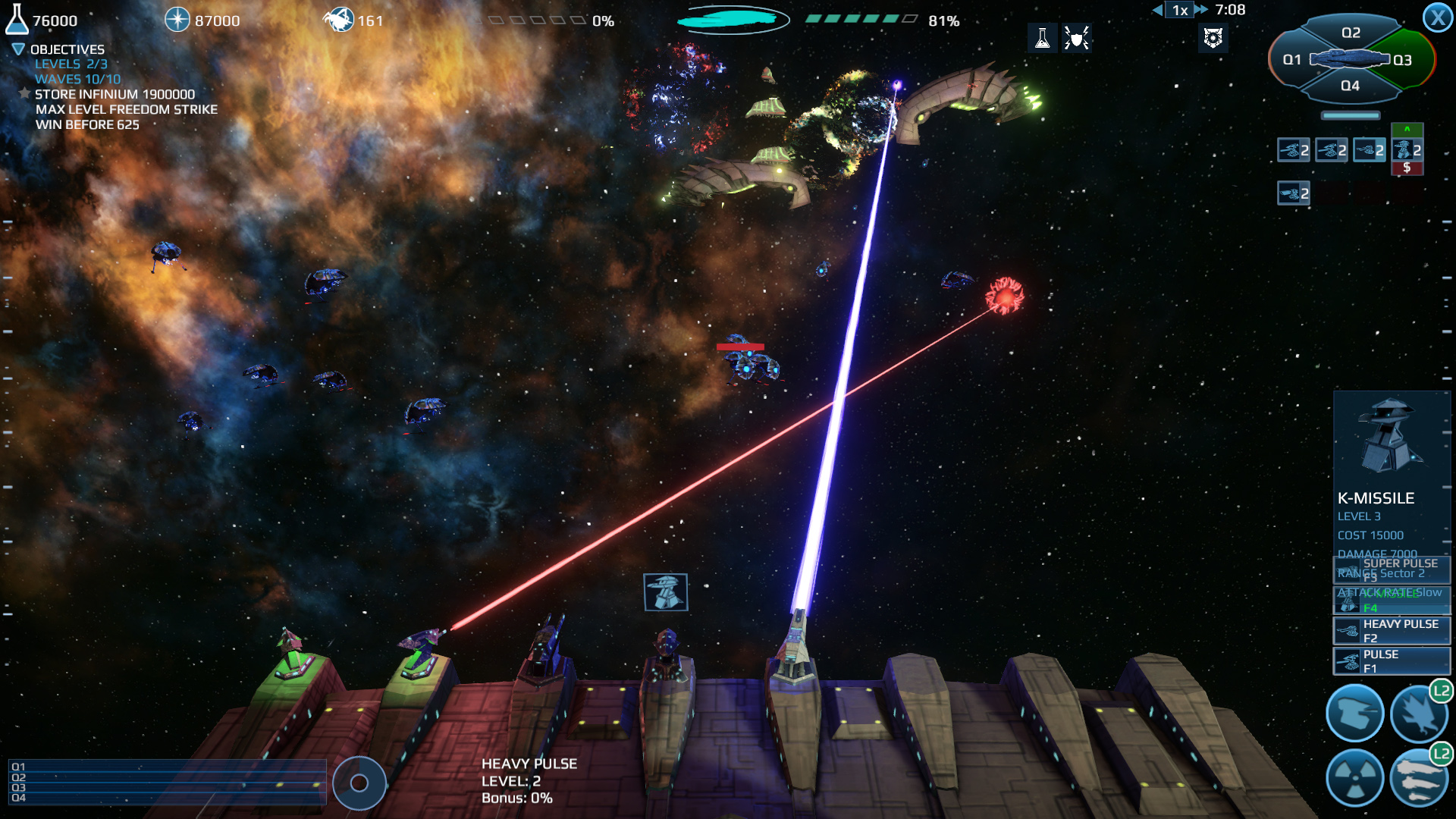 Infinium Strike is a Tactical Tower Defence game developed by ‘Codex Worlds’. It’s hard to know when it’s coming out on Xbox One and PS4 as the developers initially said 2016 but that didn’t happen for consoles and now some say 2017 but the year is soon over so who truly knows. It is however out on PC though. Let’s take a look.

So basically the story is set in the year 2170. Humanity has developed explored and went far in tehcnology and colonised many planets. Lately though many of the colonies one by one have been have been falling because of a seemingly limitless invasion force of the Wrogs. They use enigmatic organic ships. Sounds so weird. The humans obviously fought back with entire armadas but all got destroyed. 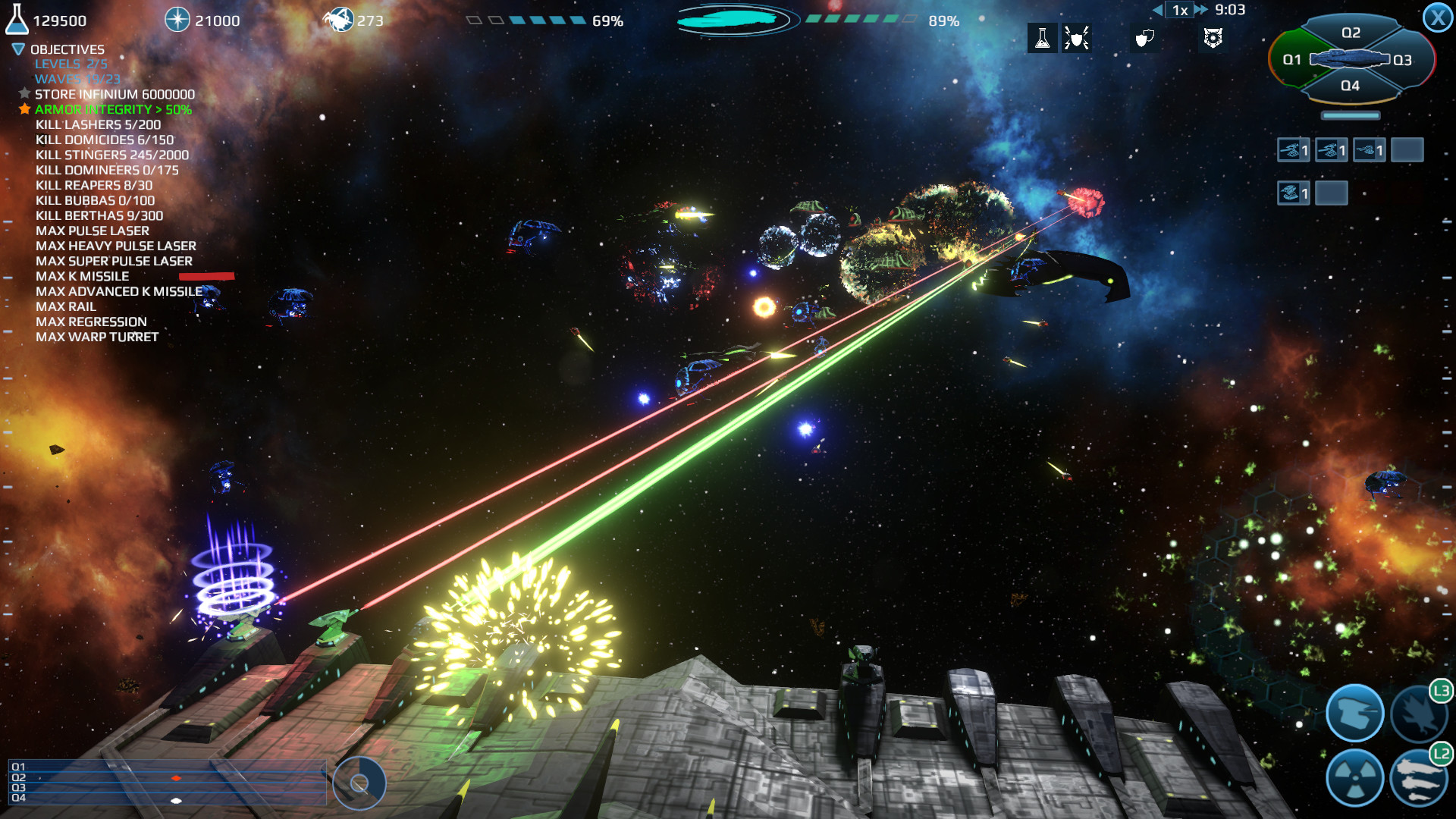 Humanities last hope is a massive super-tech battlecarrier called the Freedom Strike. It is fitted with turrets that can easily be changed and swapped, and a whole army of specialised drones. It’s one objective is to destroy the Wrog. That’s it. The story is very simple and we all can understand it. Names are silly though and that’s okay in the world of fiction. Now there is a living metal which a clever person could guess… It’s called ‘Infinium’.

Infinium Strike has quite a few things to offer. There are 3 TSF fleet units: Star void, Star ace and Star avenger. Players must use the TSF Super tech to their advantage like a Sentry satellite which fires at target within 1 sector, a Super shield which immediately repairs shields to 100% which sounds so OP (Over powered), a Decoy Satalite which can lure all enemies to it for a certain period of time and more super tech.

We checked out some Infinium Strike gameplay and it seems like a lot of management skills is required. Instead of just watching a screen and seeing waves of enemies apporaching, players have to watch four sides! Literally. Wrogs can come from the north, east, south and west. You have to switch between each side and set the right turrets to handle the incoming wave and deploy whatever fleet units you need, then back out to see the entire battlefield and see where your attention is needed next. This all looks real cool and we don’t know why the Freedom strike stays in one place in the middle of all the danger and not keep all enemies on one side. Whatever we aren’t piloting the thing.

Overall Infinium Strike does seem like a really cool game though. it has a number of options within to keep players thinking and entertained. Honestly we do hope they have more though. The graphics loo very nice and the sounds are okay. Definitely looks like a game that wants to put gamers under pressure. The developers ‘Codex Worlds’, did a fantastic job here. We at X35 Earthwalker look forward to seeing more of Infinium Strike for the consoles like Xbox One.