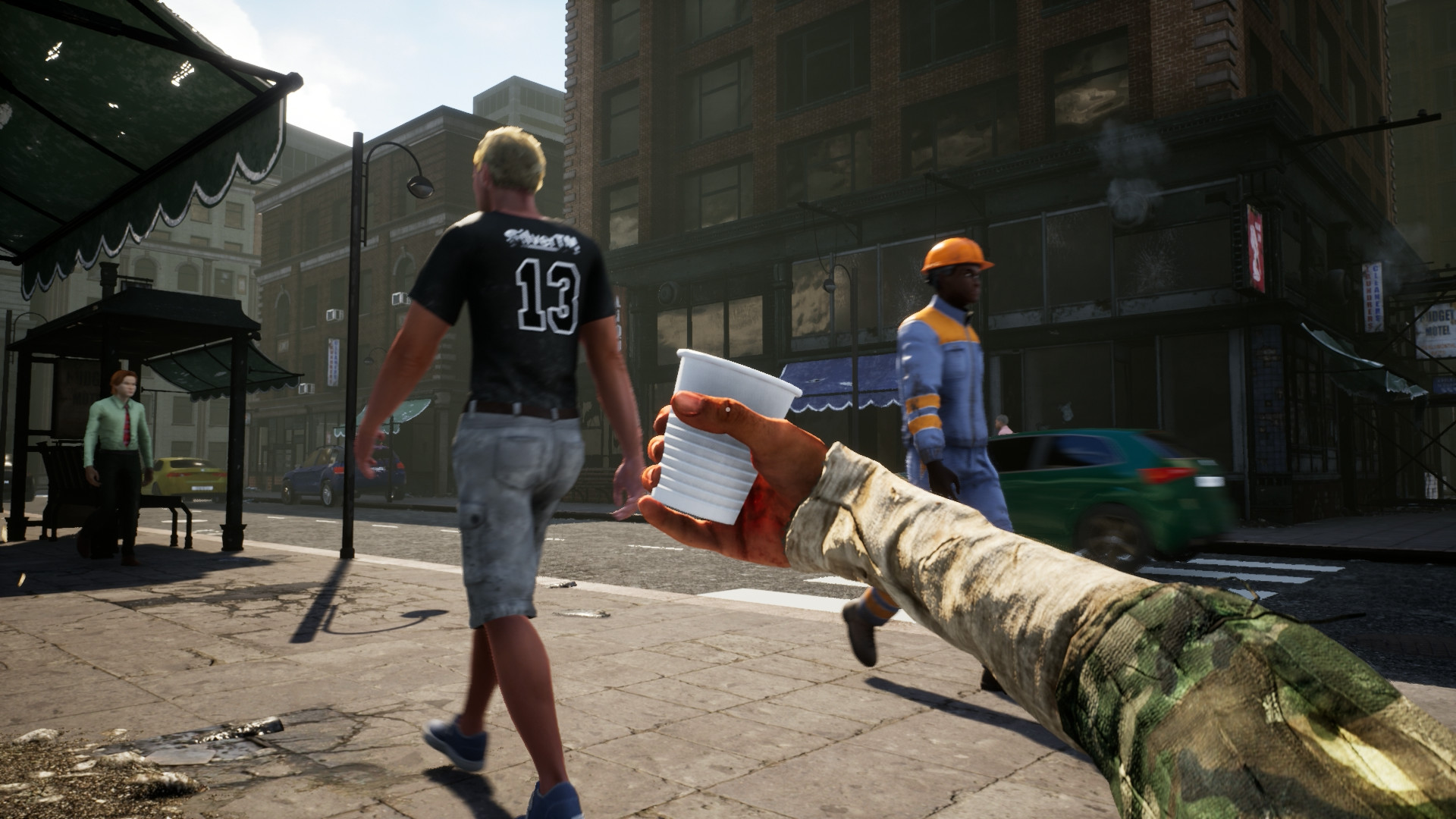 Bum Simulator is a new adventure simulation game developed by ‘Ragged Games‘. Bum Simulator is said to be coming out this year 2019 on the Xbox One, PS4 and PC. Now there isn’t any fun in being a bum, hobo, homeless whatever you call it. So gamers will have to see what this simulation offers. Let’s take a look.

In Bum Simulator players take control of a… well… a bum, a homeless guy, a hobo. You are down in life for whatever reason. There are hints that suggest someone or some people are responsible for why you are in this mess though. You literally start from the bottom. Wandering the streets, begging for money, interacting with people, well that’s if they actually want anything to do with you. Things start off rough indeed. 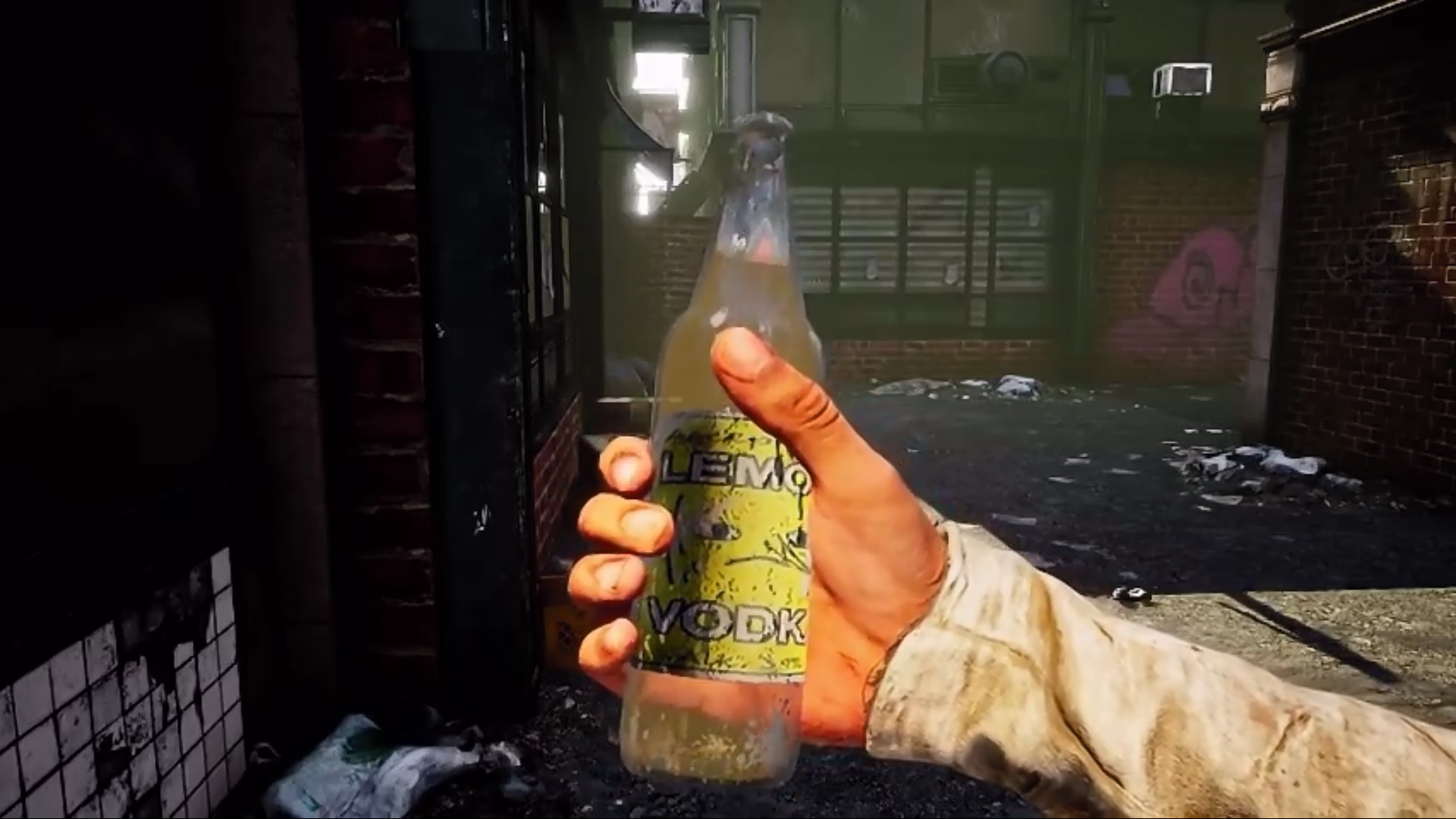 So whats the aim of Bum Simulator? You don’t just be a bum forever. There’s actual options. You can aim to get a job, start over again and make a honest living. Or accept that you are homeless and adapt to the situation making your own home in the streets, gather food and make the best of your situation. Or become a legend, messing with police and have many fear you. Or even go after the very people who got you into this mess in the first place. There’s actually quite a bit to do. 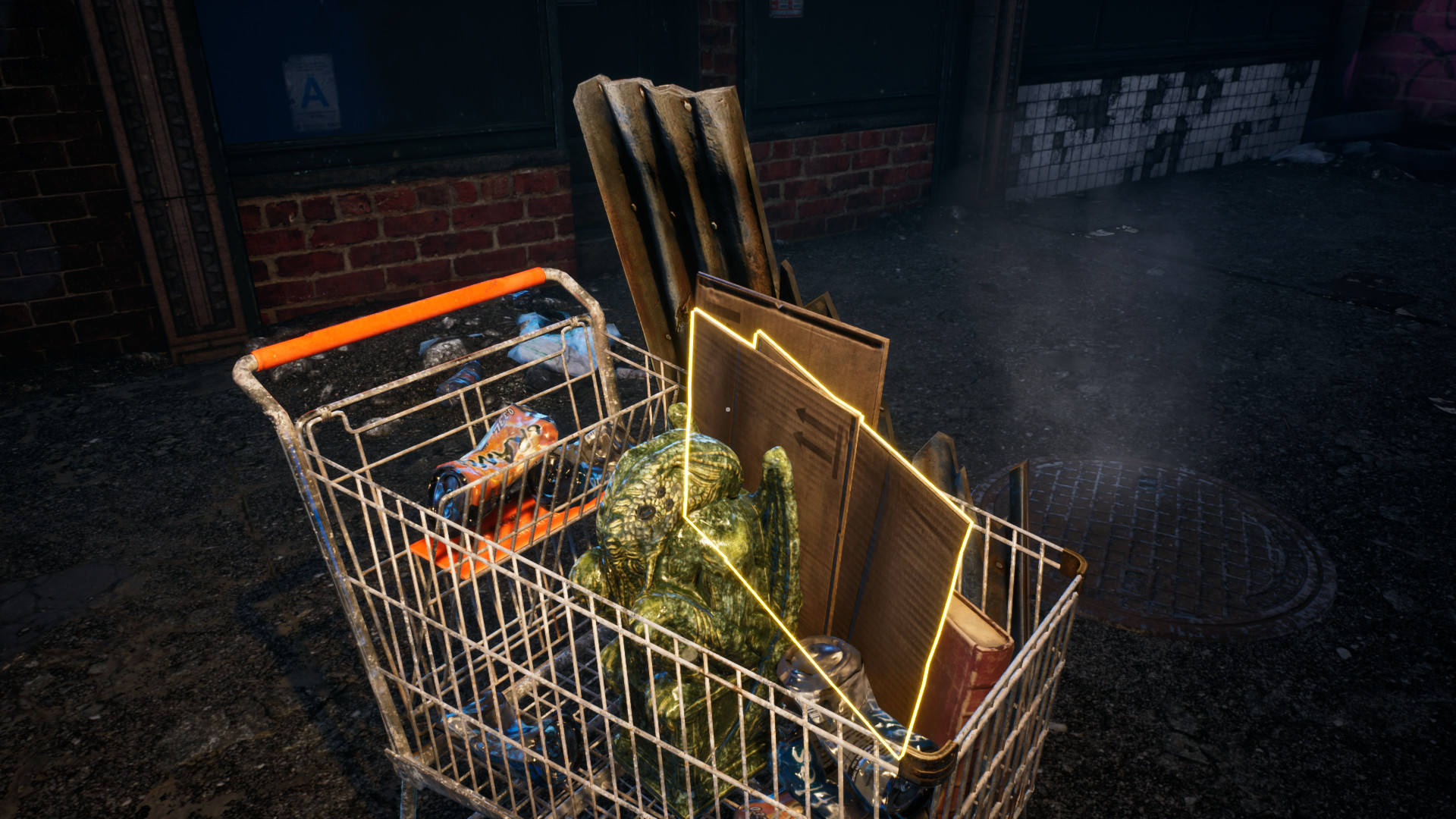 Move around the streets and find drinks and food. Bum Simulator has some grub around. Of course be careful as some stuff might be harmful. Sure you are desperate but life is still important. Just because this liquid is in a Coco-Cola bottle doesn’t mean it’s cola. There may be a burger bun lying around so you know… dinner time. Search dumpsters and piles in a hope of finding anything cool or useful. Like we said, just because life is hard don’t just sit there and complain, get up and do something. Honestly when you are a bum, what do you really have to lose.

If you find or salvage anything good, cool or of interest then you can take it to the pawn shop and get some cash for it. Hey, just because you are a stinking bum doesn’t mean your money is worthless. You can find maybe a sculptor for example and it’s worth £50 or $50. Cash that in and go buy a meal. Find a shopping trolley and use that to easily transport your goods. Gather materials like cardboard boxes or pieces of cardboard in order to build a shelter. The building system sort of reminds us of Sims, with everything highlighted green. Then get some zinc to reinforce that shelter and prevent rain from getting in and soaking you. 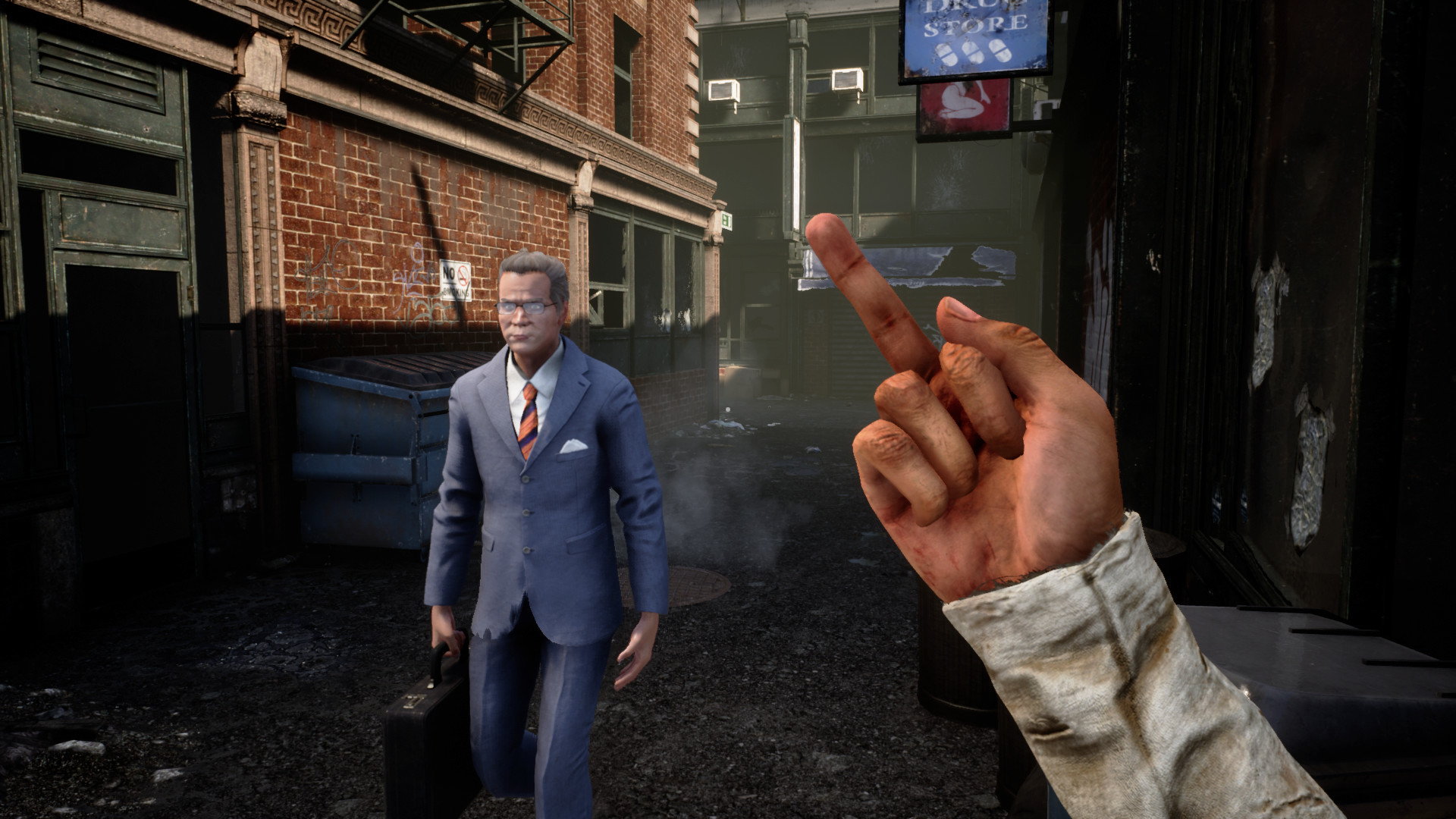 There are people around in Bum Simulator so you my want to try interacting with them. Ask money or help from a nicely suited dude walking past or socialise with other bums. There could be strength in numbers. Decide how you react to people also. You can behave better than them or even get vulgar which isn’t good but what do you care… you bum! Form allies, strike fear, give the police some trouble it’s all up to you. Just think about what you are aiming for and do what you can get to there efficiently.

We checked out some gameplay and it’s what we thought it would be. An actual homeless game that has progression, options and goals to achieve. Obviously games like this aren’t suppose to be taken seriously. Just for laughs and trying crazy things. We like the amount of mechanics in Bum Simulator from the interactions, to building, top finding and selling at a pawn shop, to decorating your home or shelter and the goals you can aim for. There also some strange abilities too like drinking a certain drink allows for a force blast attack thing. Strange right?

Overall Bum Simulator looks like a silly but good game. Rag doll mechanics, power up drinks, combat, evading police, progressing and building up. There’s actually quite a bit going on in this game. The best part is that it’s an actual homeless game where you start from the bottom and actually can aim for something. The developers ‘Ragged Games’ have done a good job with this game  and we at X35 Earthwalker we know that many will enjoy this. Now Bum Simulator may have some silly fun but nothing is more fun than… the ‘Earth Walk!’